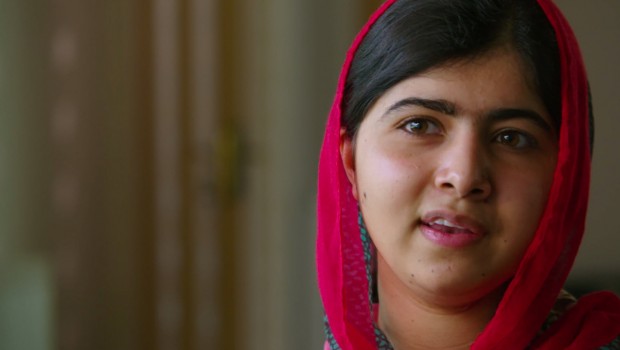 He Named Me Malala – Film Review

Since 2012, Malala Yousafzai has rightly been the talk around the world. Her phenomenal achievements, stemming from her activism for female education and unparalleled courage against the Taliban, have seen her helmed as one of the most notable teenagers in the world. While insights into Malala’s life elevate this film, director Guggenhaim’s efforts to capture Malala’s life within He Named Me Malala renders it mediocre in its telling of a truly extraordinary subject.

The documentary opens with a beautiful animation of the retelling of Malalai of Maiwand, a warrior woman from Southern Afghanistan, after whom Malala’s father named her. This animation is interwoven throughout the duration of the film, whereby its utilisation foregoes the typical reenactment sequences documentaries occasionally employ and enables creativity in the film’s mode of storytelling. However, while engaging in these episodes, the creativity falls short in the rest of the documentary’s unmethodical anecdotes and lack of an overarching purpose. 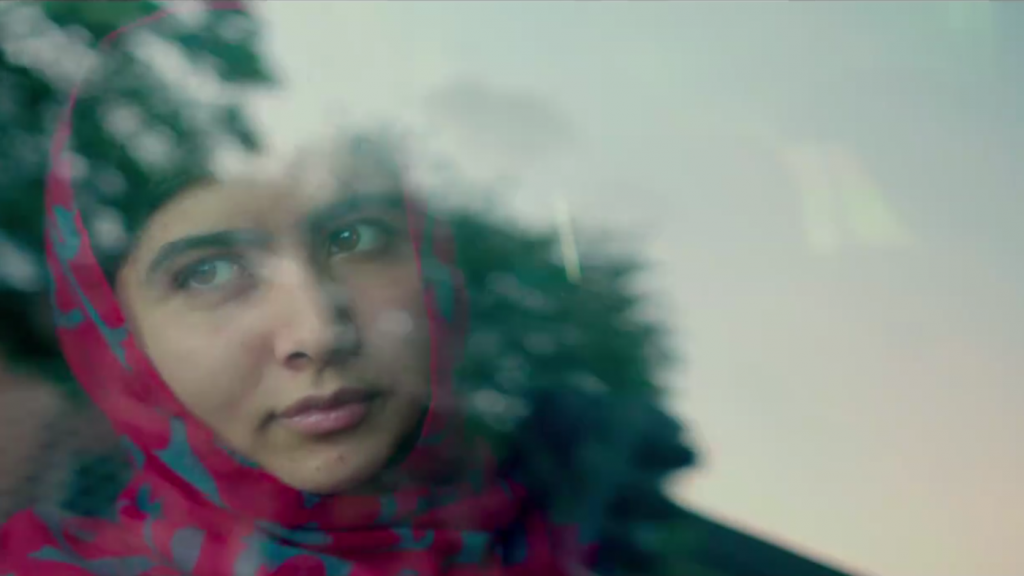 Guggenheim’s attempt to gather glimpses into Malala’s life, using the main event of her shocking gunshot by the Taliban and recovery process as the backbone of the stories, is fragmentary. It aims to narrate various stories at once, from Malala’s brand new experiences with fame to the backstories of her father and mother; the cutting back and forth between stories never feels coherent and seamless enough to feel resolute and consistent. Accompanied by a recycled Thomas Newman score, fresh from his material in  Saving Mr. Banks (2013), the music adds an unnecessary melodramatic sweep to the scenes—a sentimentality that feels unwarranted given the strong poignancy of the material itself. This echoes the absence of real storytelling within the narration of the documentary, where Guggenheim’s endeavour to pick up sections of stories he had previously started, flounders and ends up appearing like montages, instead of a constructed film with proper structure. 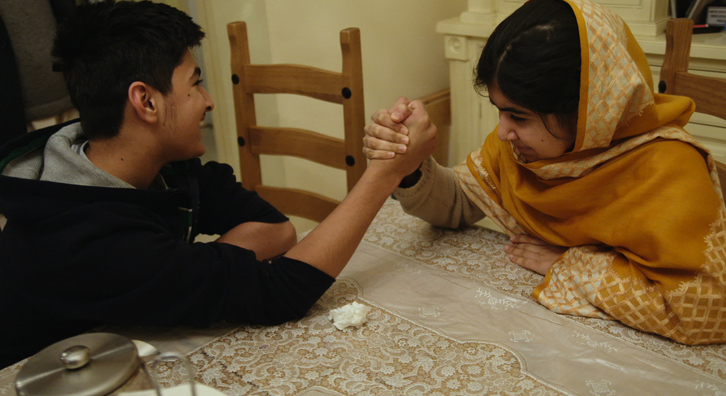 Yet the real strength of this documentary is fuelled by Malala, who is the very essence of its subject matter. Even when Guggenhaim cannot focus his own film, the power and articulacy of Malala’s words in the extracts of interviews, her UN speech and even the delight of her teenage celebrity crushes remains incredibly endearing and impossible not to find captivating. In fact, He Named Me Malala serves as a basic introductory and watered-down version of Malala’s truly inspirational achievements. It is not terribly made, but perhaps more suited as an educational video, rather than a deeper and more thoughtful representation of a girl who has made an impactful difference through her powerful advocacy for education. Such an example of a more insightful illumination into Malala was recently depicted in Emma Watson’s twenty-minute interview, which fleshed out interesting questions and pinpointed exactly what Guggenhaim’s confused documentary missed out on encapsulating.

It is here where He Named Me Malala most overtly disappoints—the shame of it never living up to its full potential in engaging with its subject. The credit sequence confirms the documentary’s form as similar to one of an advertisement. Although it is honourable in its cause, for a person as exceptional as Nobel Prize Winner, Malala Yousafzai, she undoubtedly deserved a better documentary to showcase her exemplary and continuous accomplishments in the name of equal education.

Summary: It is not terribly made, but perhaps more suited as an educational video, rather than a deeper and more thoughtful representation of a girl who has made an impactful difference through her powerful advocacy for education.