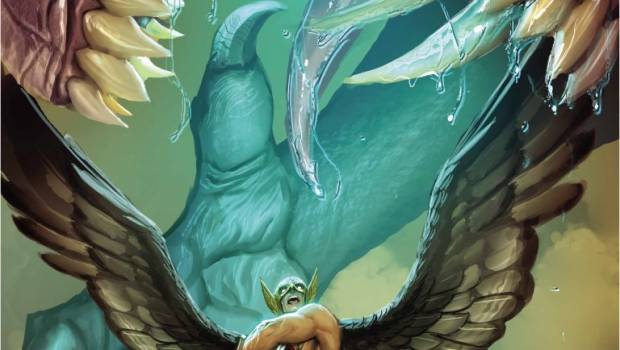 After a brief recap from archaeologist and adventurer Carter Hall, the reader (along with Hawkman) is thrown into the mix as he is fighting a Tyrannosaurus Rex on Dinosaur island… that’s right, the winged wonder vs a frigging T-Rex! Helping to bring this fight to life is the stunning art of Bryan Hitch who adds to the overall enjoyment of this read and although I digress, our hero easy kicks this dinosaurs butt as he seeks answers to his ‘infinite’ lives. To make matters worse and as discovered in earlier issues, Hawkman will be responsible for the great catalysm and unless he finds the answers he seeks, Earth is doomed to suffer.

Hawkman #3 also brings a surprise and that bombshell are the Feitherans with the most noticeable of these species Northwind from Infinity Inc. So while Hawkman is outnumbered by this ‘feral’ flock of Feitherans, his hardened battle skills provide triumphant and with another surprise, his mace starts channeling that of Mjolnir which now returns like Thor’s hammer which was greatly needed because this fight lasted hours.

After the ensuing battle, Hawkman meets one of the Feitheran elders who informs him that he and his people have been waiting for him and that each time he dies and is reborn, he remembers less and learns that his newly hawk-headed staff will be needed for what lies ahead of him. The issue ends with Carter Hall coming across himself, Katar Hol of the Thangarian Police Force which ends the comic on another cliff-hanger.

Although I enjoyed this issue of Hawkman, we are no closer to any answers as the mysteries of Carter’s previous lives still eludes both he and the reader. Nonetheless writer Robert Venditti did explore this concept well with some strong narration and with the amazing art of Bryan Hitch, I’m eager to see where this bird will land. 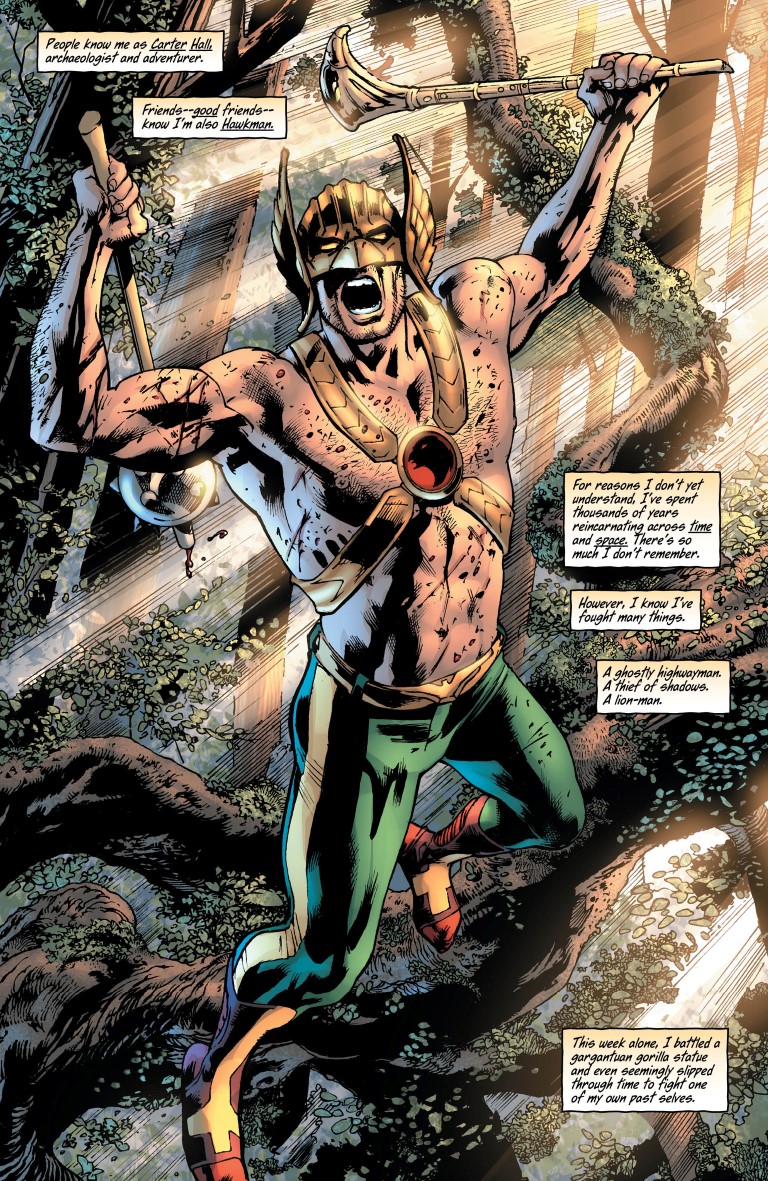 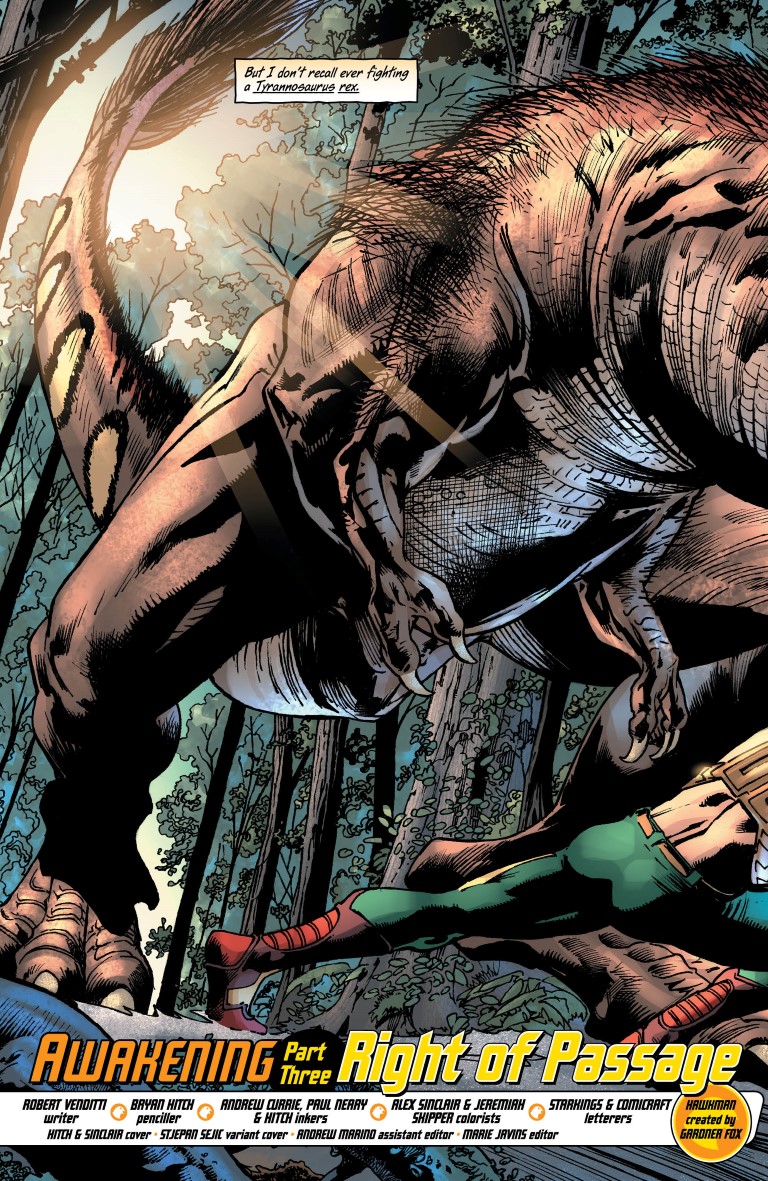 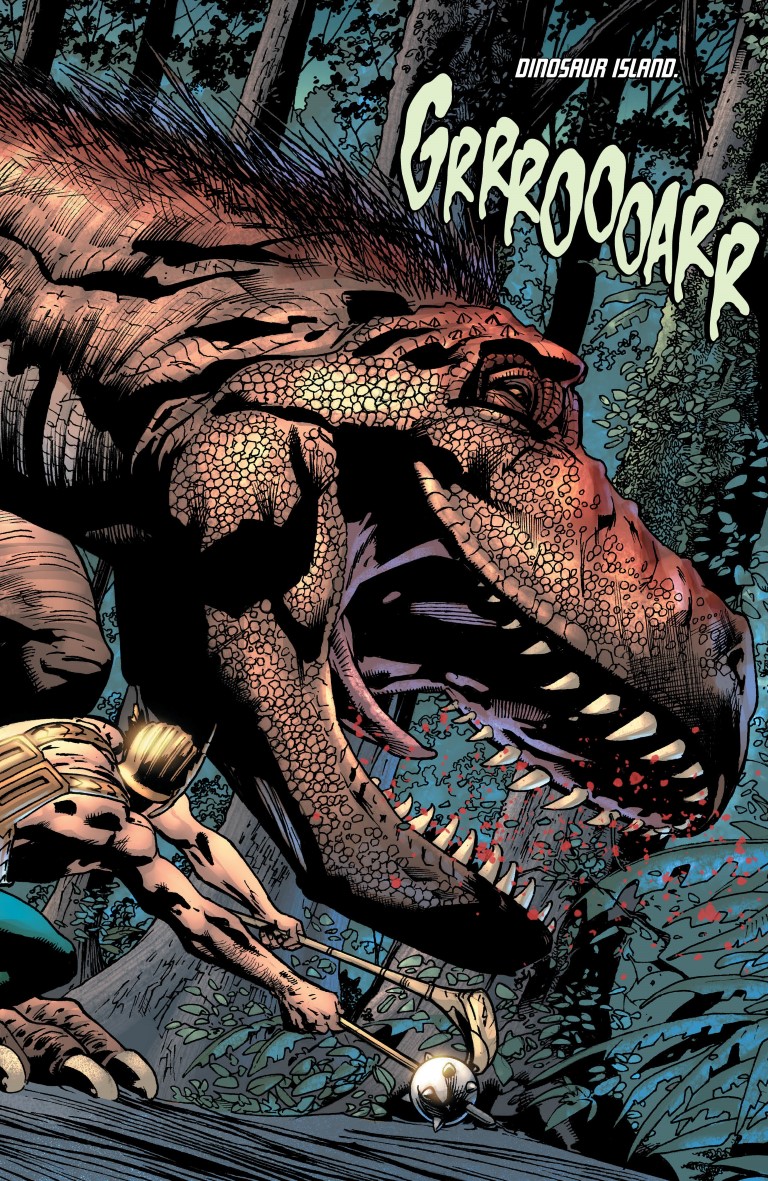 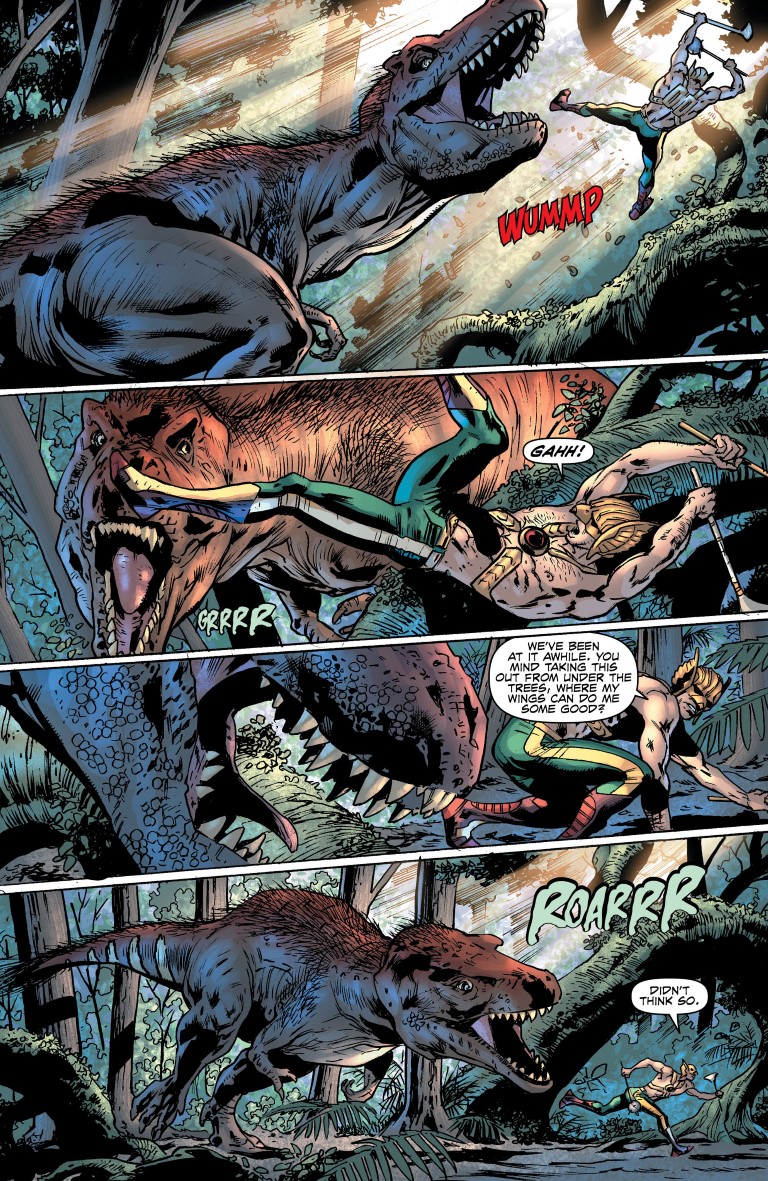 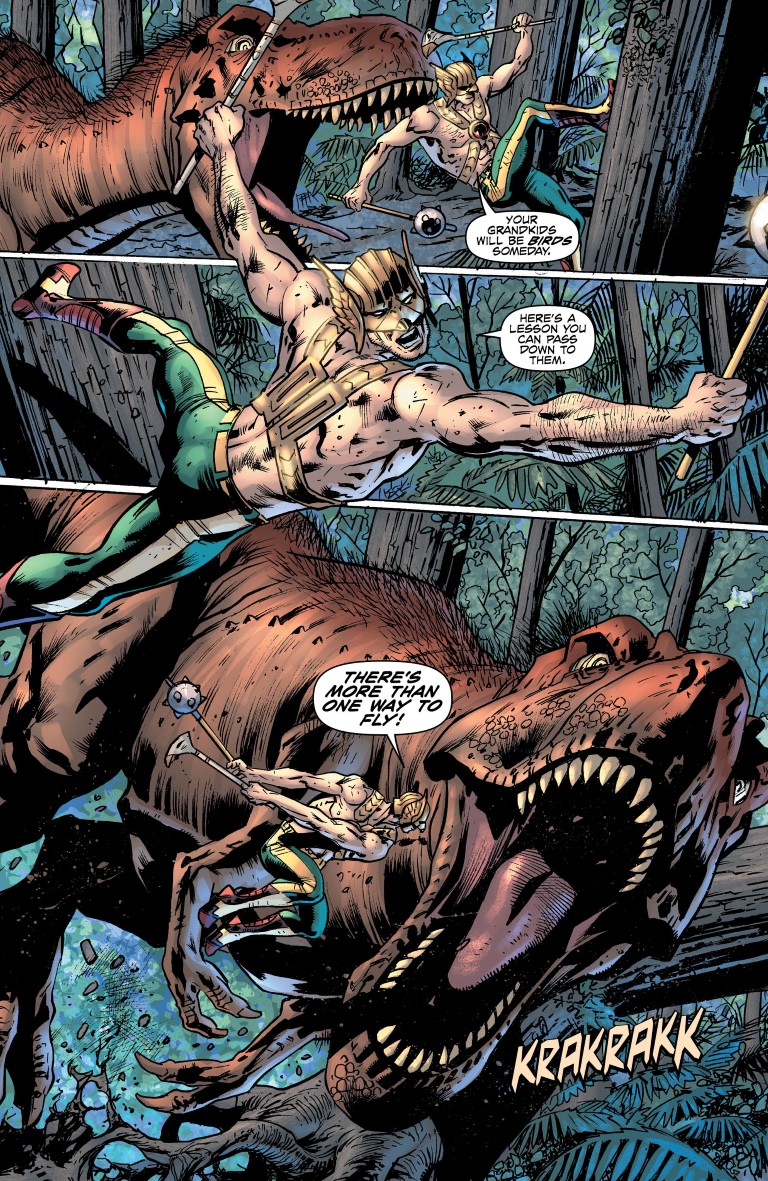 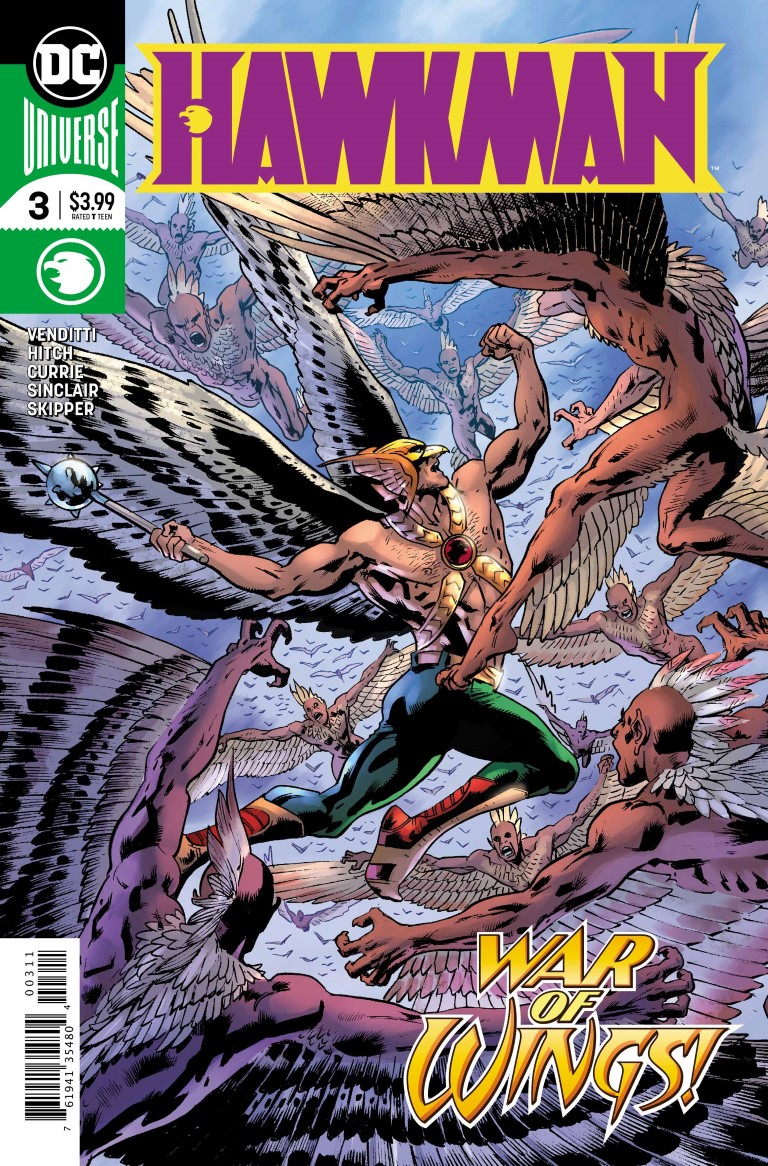 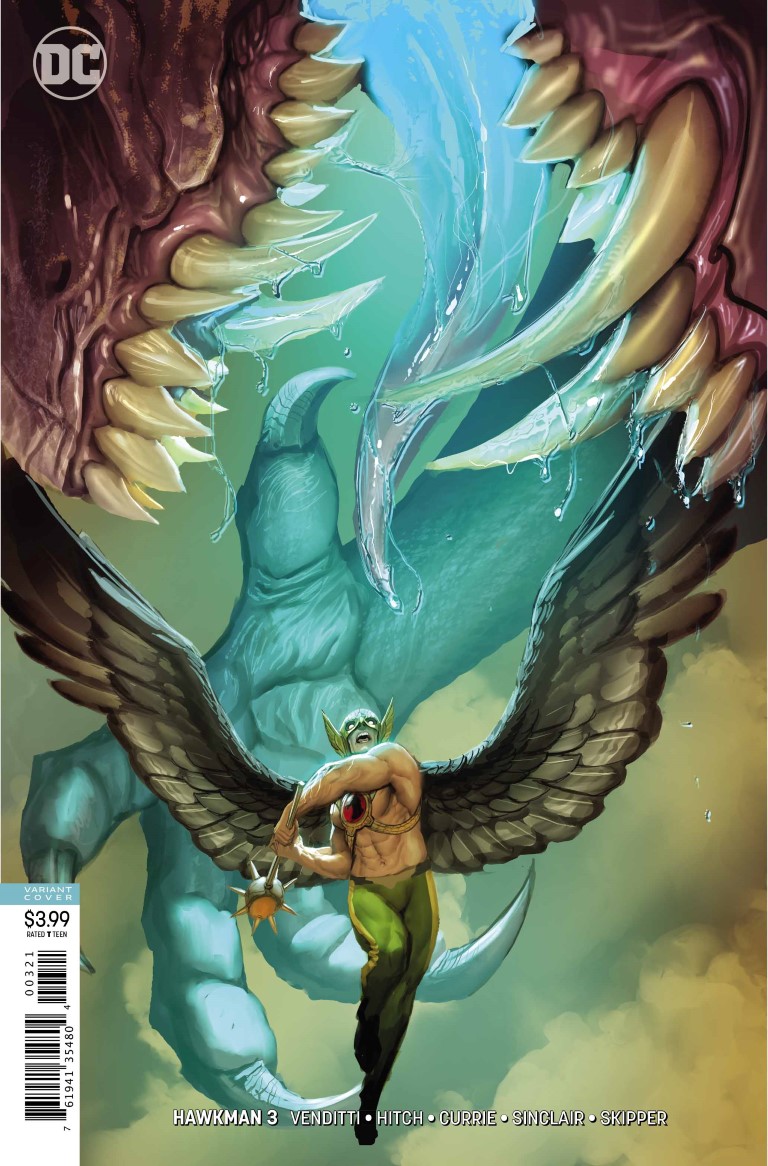