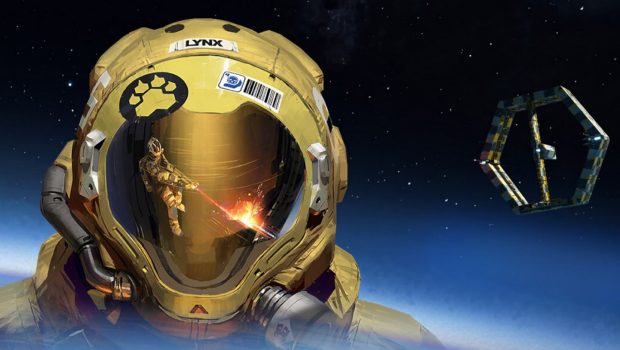 Summary: Hardspace Shipbreaker is not just a game, it is a call to action to put an end to the tyranny of mega-corporations and every gamer who is interested in such an idea will enjoy it.

It is said that indie games are where pristine ideas are born; Ideas such as a spaceship scrapping simulator. Blackbird Interactive’s Hardspace Shipbreaker is a game nobody asked for, nobody expected and perhaps no one will care about. Yet, in its entirety, it is a unique experience that is relaxing and intriguing at the same time!

Hardspace Shipbreaker follows a working-class man in a distant future when interstellar traveling is a daily norm.  With the dream of working in a pioneering industry, our family man signs up for “shipbreaking” in Lynx Corporation which is the fancy name for ship scrapping. After leaving earth and joining the rest of the crew in the space, it is finally revealed that all those rainbows and butterflies seen in the corporate advertisement were all lies. Lynx is just another mega-corporation that enslaves its workers with utmost disregard for their humanity and the players have to find a way to free themselves from their contact with the company. 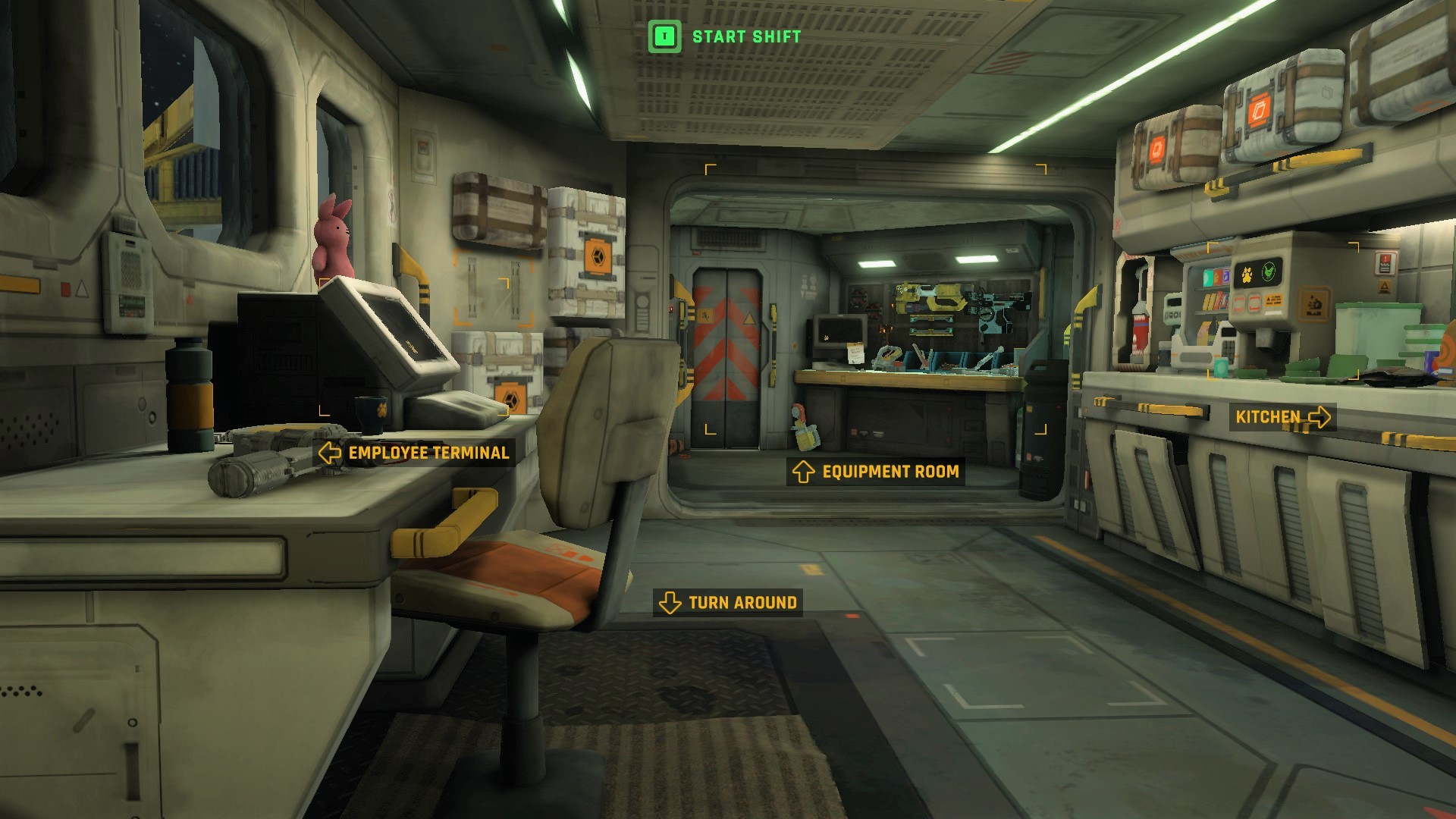 Hardspace Shipbreaker has relatively straightforward gameplay. As a shipbreaker, the player is tasked with cutting space ships down to pieces with a laser cutter for recycling. The cut material either is recycled or sent in its entirety to be refurbished. As simple as it may seem, being a shipbreaker is no easy task since it’s done in a hazardous environment. The work should be done in an orderly manner or there would be deadly consequences. Cutting down the fuel pips prematurely can lead to a fuel tank explosion. Wiggling the ship’s reactor before disabling the cooling system may leave you with a space Chernobyl. Cutting the hull open while the atmosphere regulators are still active can shoot the player and the ship’s content into deep space. The safety measures must be met and every few levels a new ship system is introduced with its new sets of hazards. The tools used by the players such as the laser cutter can also be upgraded to make the job easier.

There are other potentially dangerous factors in the game that need monitoring as well. The oxygen and fuel reserves of the players are limited in missions and the need to be resupplied, otherwise, the poor shipbreaker of our story ends up being suffocated while floating into the unknown. The suite is also prone to physical damage. To make a long story short, everything in the space is a potentially life-threatening hazard. It’s because of these dangers that successfully scrapping down a ship after three work shifts without missing the salvage goals really feels like an accomplishment.

Hardspace Shipbreaker is one of the most coherent gaming experiences I had in the past years. It is a boring game but that is not bad at all since a nine-to-five corporate job feels exactly the same. Every aspect of the game constantly reminds us that in the eyes of a mega-corporation, workers are just a cog in the machine. When the oxygen level of the space suit is low, a message is played that low oxygen levels will lead to higher working quotas and is unprofitable, if the shipbreakers are accidentally sucked into the furnace and die, they are reminded that biological materials have little to no recycling value and last but not least, the shipbreakers have to pay for any and all expenditures from the oxygen they breathe to repairing the tools. Every element in this game, from the story to the gameplay is dedicated to this anti-corporate narrative. By the end of Hardspace Shipbreaker, the player has experienced one of the most coherent narrative experiences out there.

Perhaps the only shortcoming in the game is the lack of player agency in the story until the very last mission. While some shipbreakers are unionizing against the evil Lynx Corp., the players are busy with the usual daily scrapping, and the only time they get to make a move is almost at the end of the story mode. That needs lots of patience since getting there needs around 20 hours of playing. Another thing that bothered me was the game’s controls. 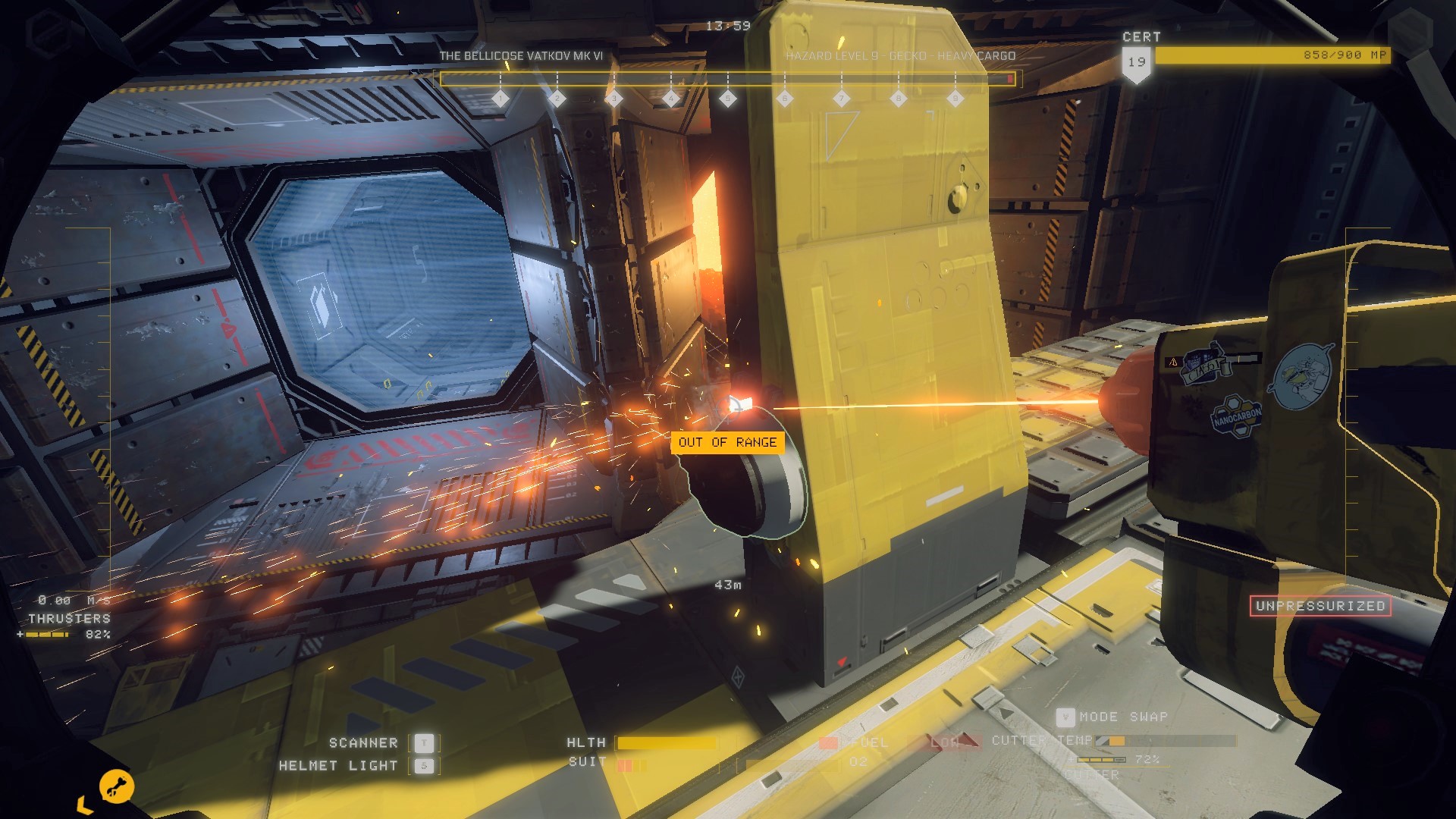 Since most of the game takes place in the vacuum of the space, the players need jetpacks to move around and unfortunately, it is not possible to use the brakes while moving scrap around with the moving tool. The players have to let go of the shop parts they are moving around, hit the brakes, and catch the cargo floating around before it’s too late. Adding the delicate and dangerous nature of many ship parts that I previously mentioned to this scenario creates some unnecessary challenges that stem from the conflicts in the game’s controls schema rather than the game mechanics.

Hardspace Shipbreaker is a metaphor for the toxic crunch culture in the game industry. Perhaps playing this game can make us feel more sympathetic toward game developers who are practically enslaved by big names in the industry. It is not just a game, it is a call to action to put an end to the tyranny of mega-corporations and every gamer who is interested in such an idea will enjoy it. 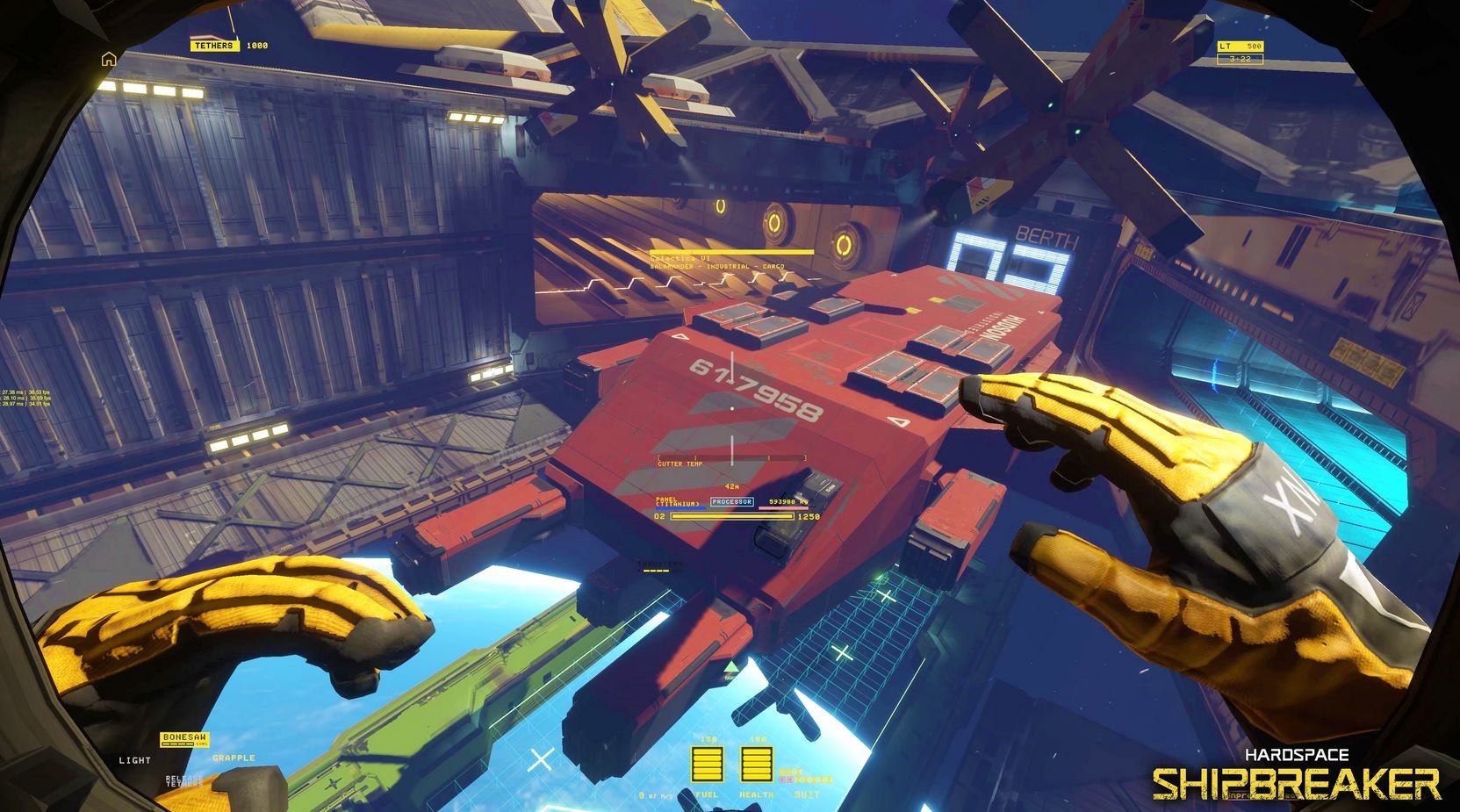 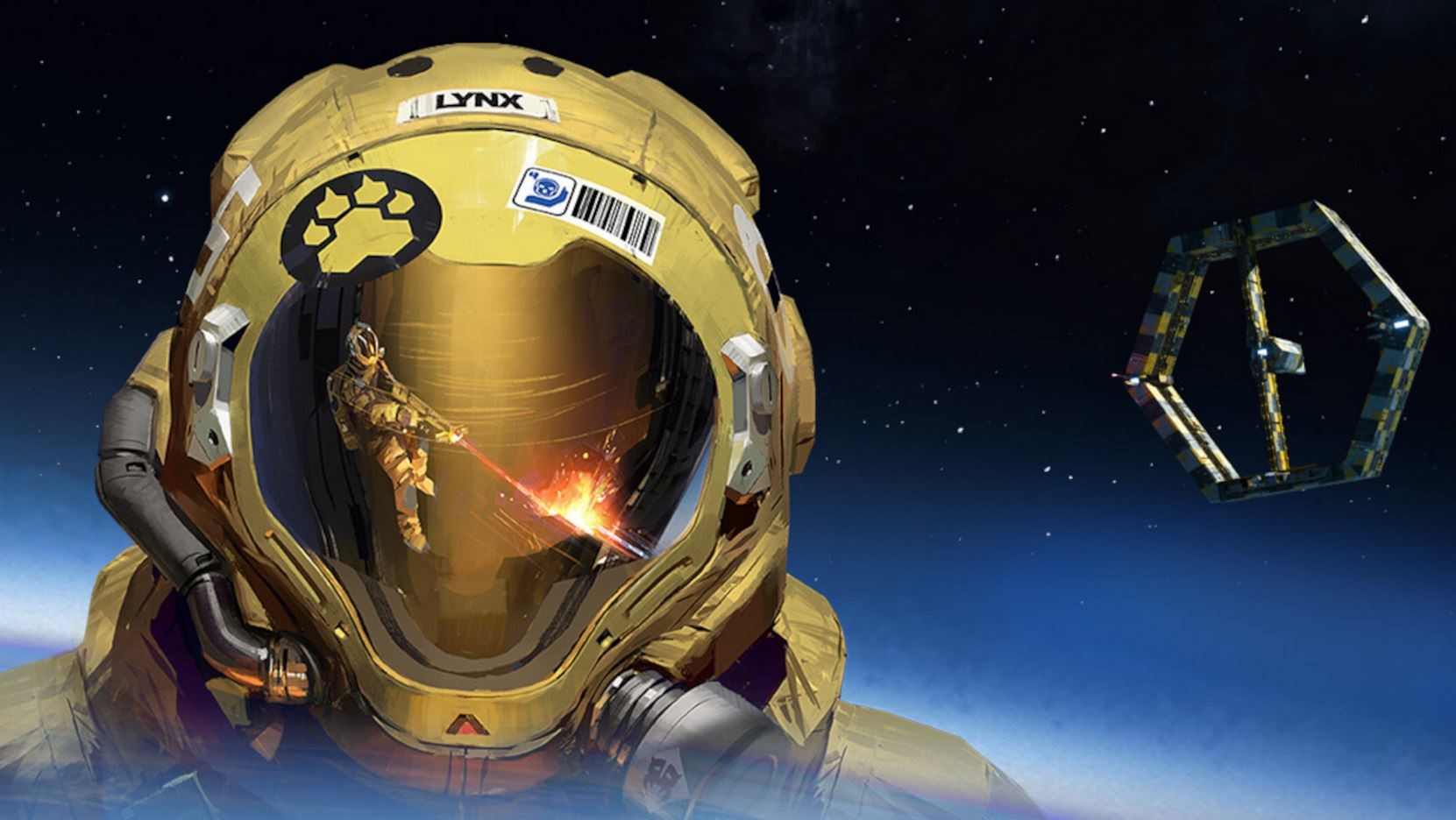 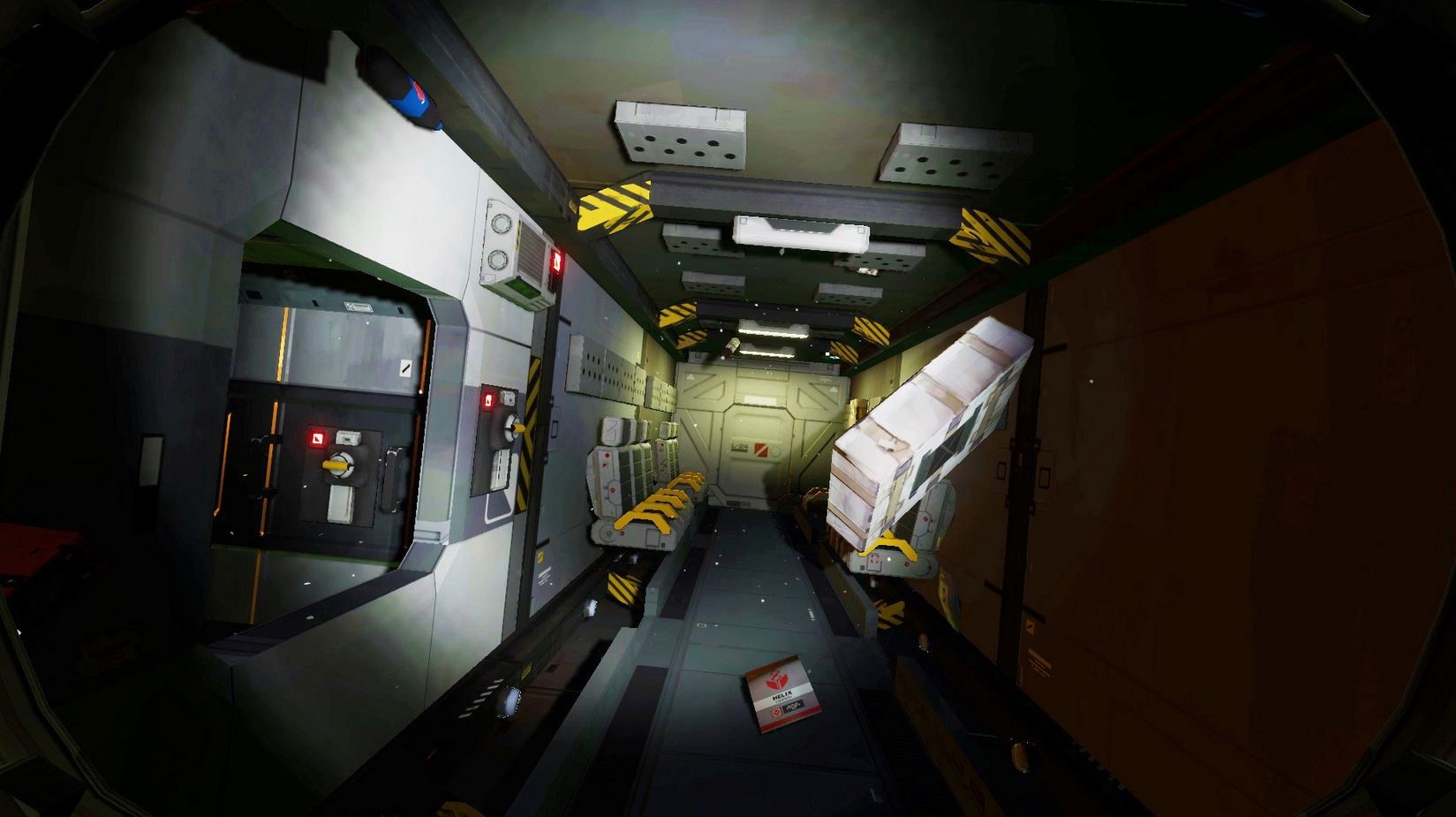 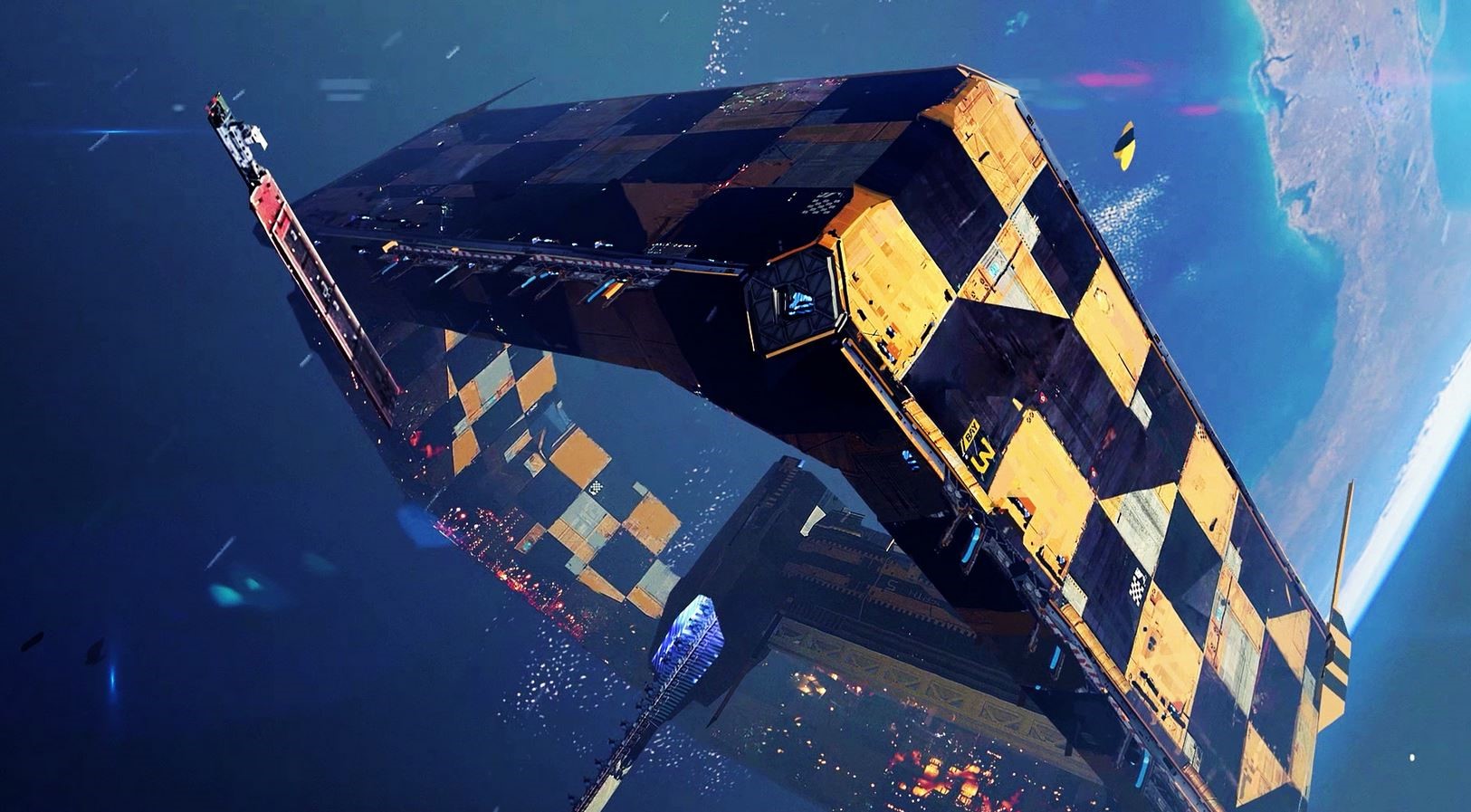 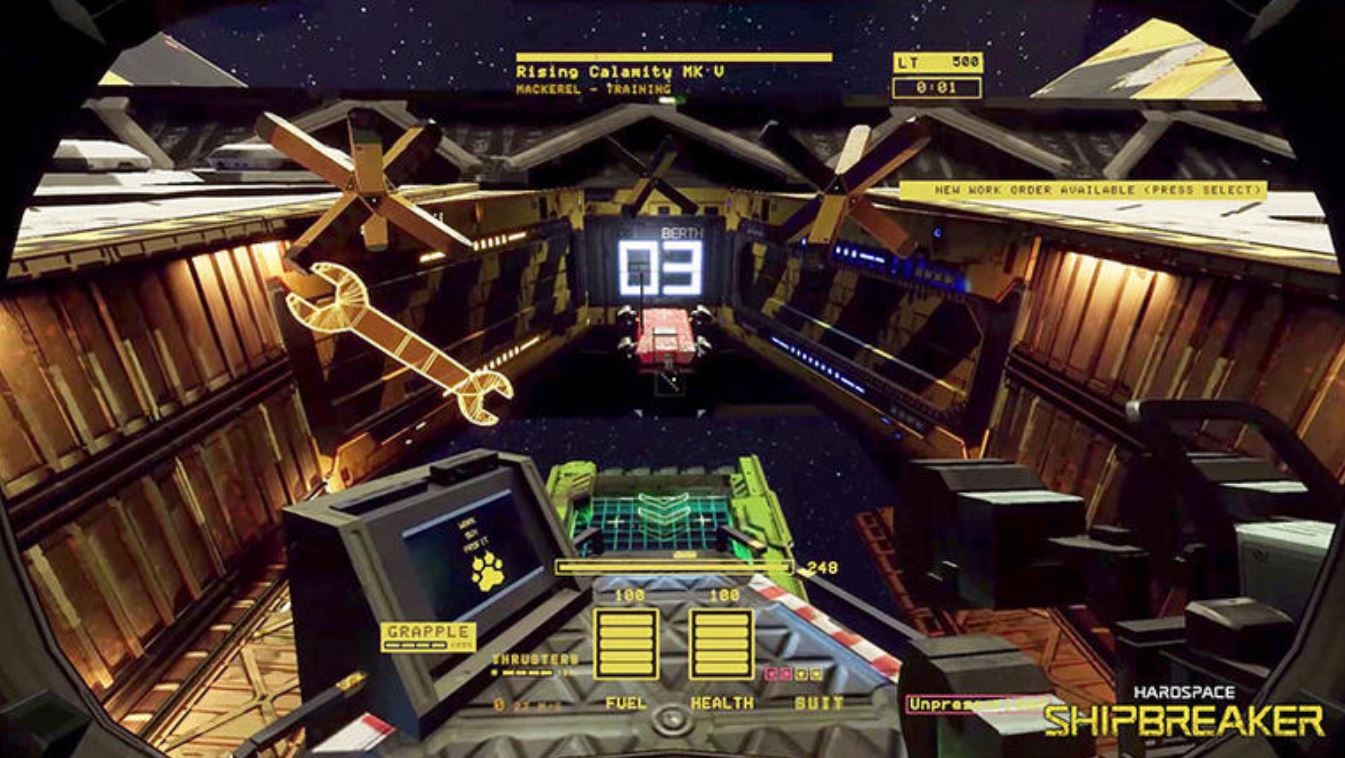 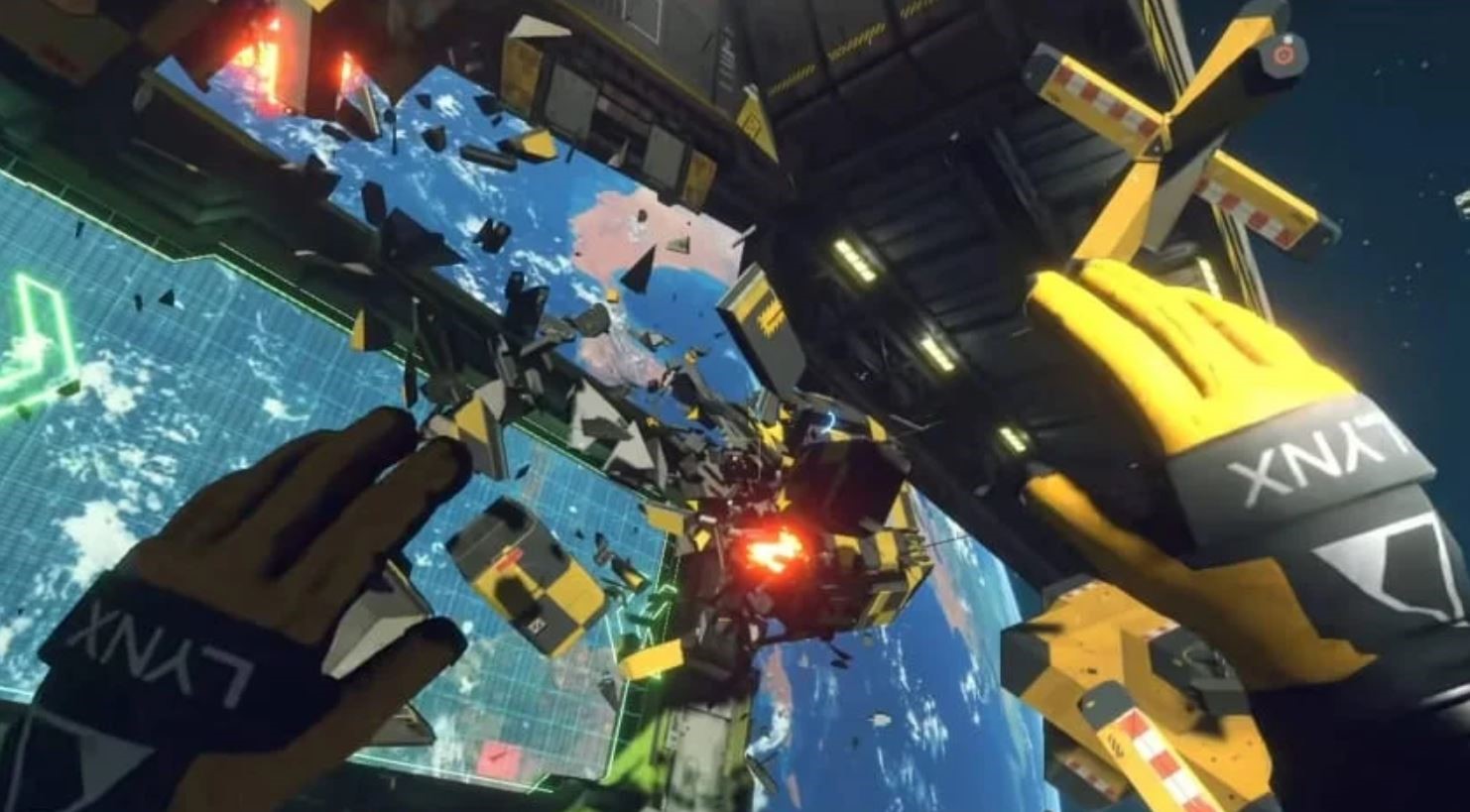 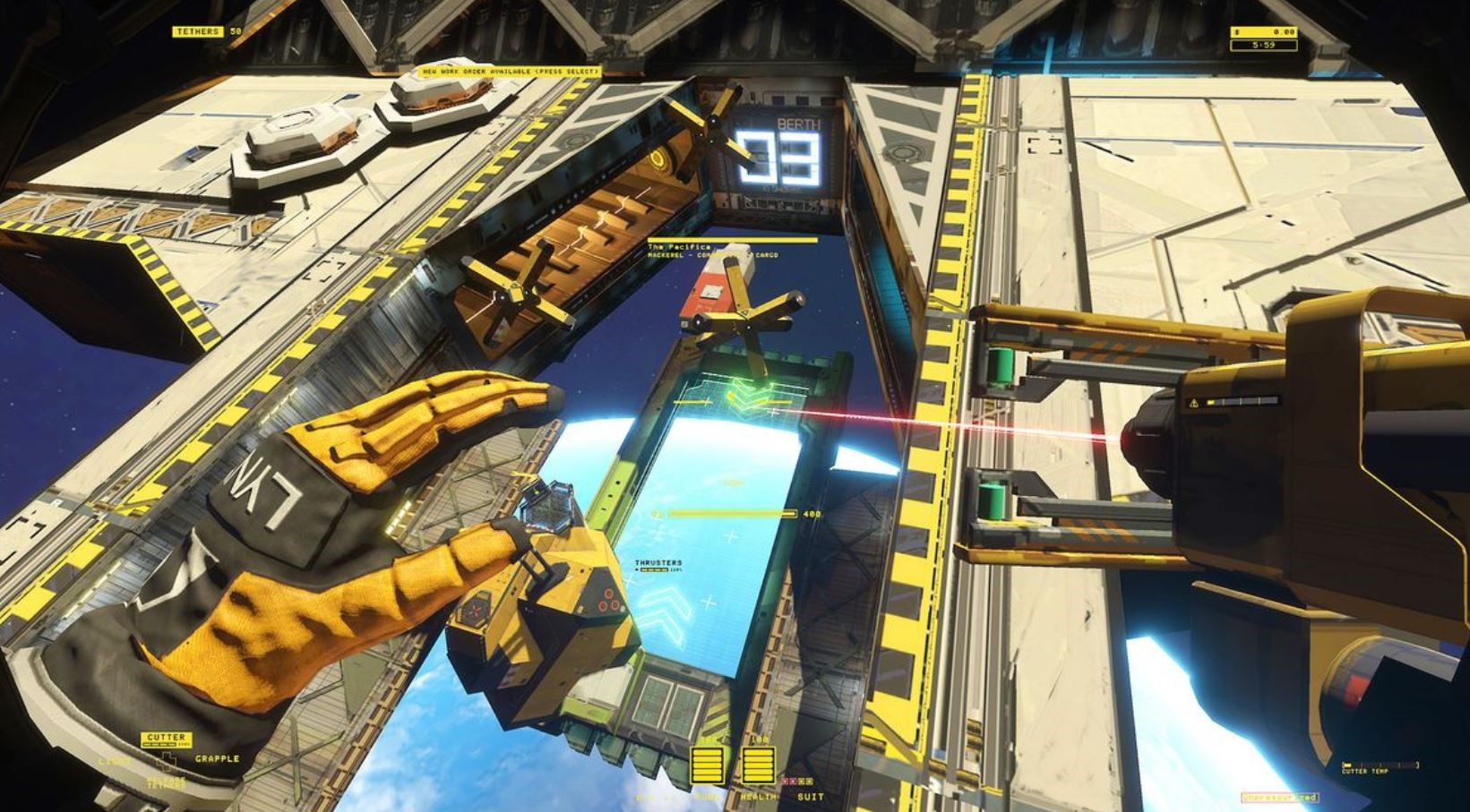