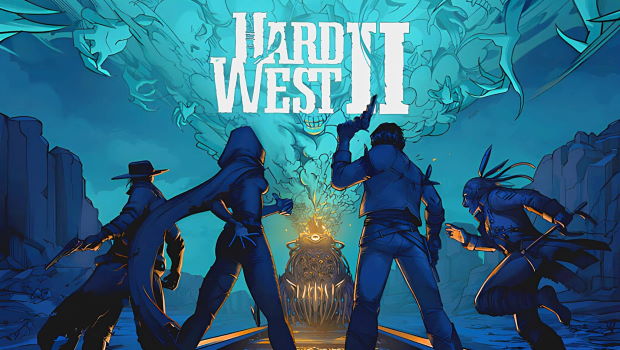 Summary: Gin Carter and his posse chase down the devil himself using all the supernatural powers at their disposal to do so.

It’s been some time now since the first Hard West was released and I was just starting to get a hankering to fire it up again when the opportunity to review Hard West 2 came in… perfect timing.

I really enjoyed the western take on the turn based game mechanic we have seen in other titles like Fallout and UFO and Hard West 2 didn’t let me down in the fun stakes.

You play as Gin Carter and with your motley crew you attempt to rob the legendary “Ghost Train”, rumoured to be loaded with federal gold it seems like the perfect target. But things don’t go as planned and rather than walking away with a tonne of gold, you are left without your shadow… or soul. But you aren’t done yet… you and your posse set out to track down the devil who stole from you and you will use all the supernatural powers at your disposal to mete out your revenge. 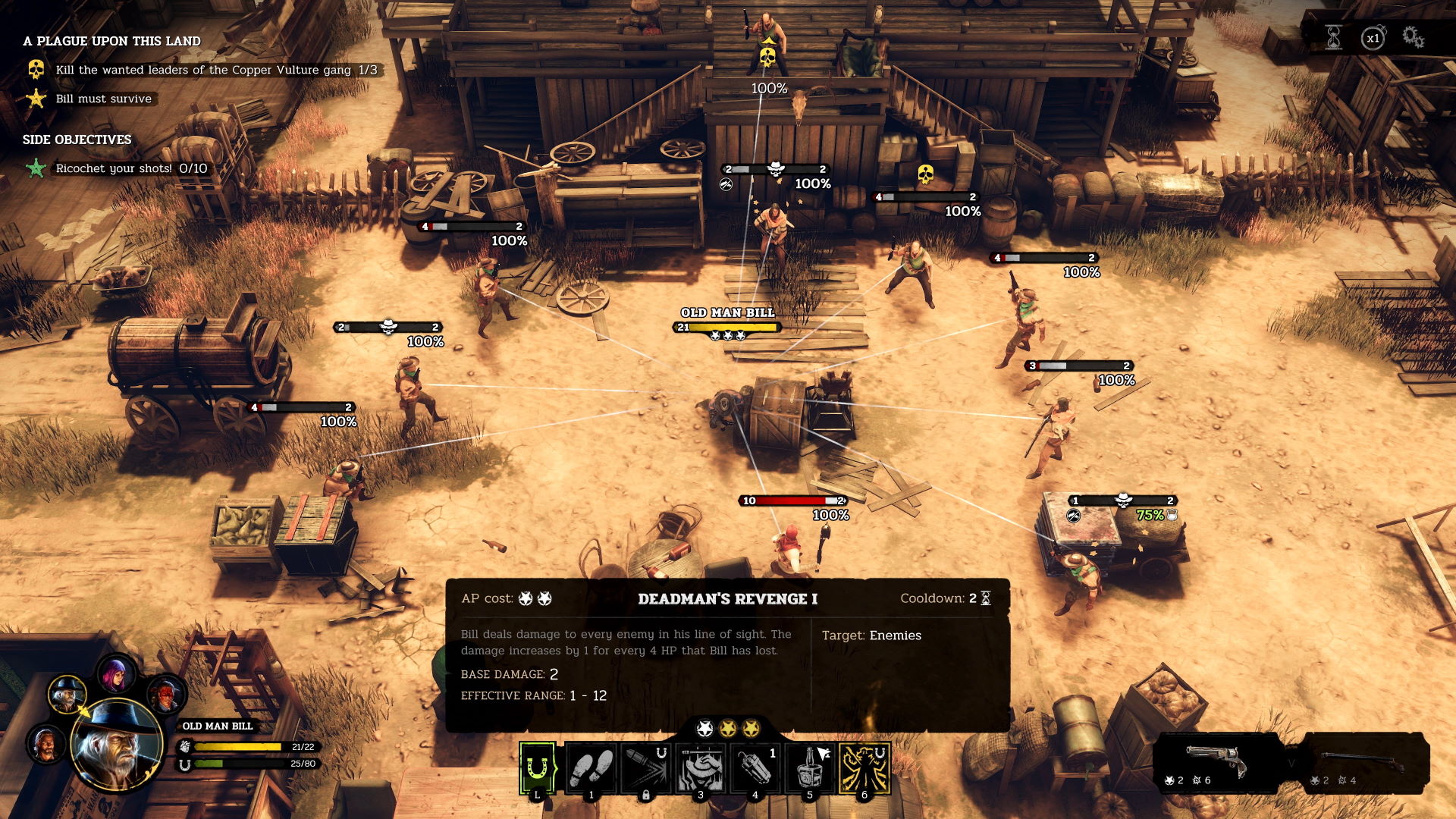 As mentioned, this is a turn based game, combat is performed via action points, each weapon, move etc takes a certain number of action points and it’s the way you spend them that will determine whether you win or lose. When one of your team kill an enemy they have their action points fully restored so it’s wise to know how powerful each of your team is and co-ordinate between them to maximise the number of action points you can use each round, string kills together and you may be able to clear an area with only one character… fail to take your opponent down and you may find yourself facing down a barrage of bullets. Scenarios don’t all just take place in dusty towns either, you are just as likely to find yourself on horseback or making your way up a train which adds a nice change of scenery and a different dynamic to the battles. 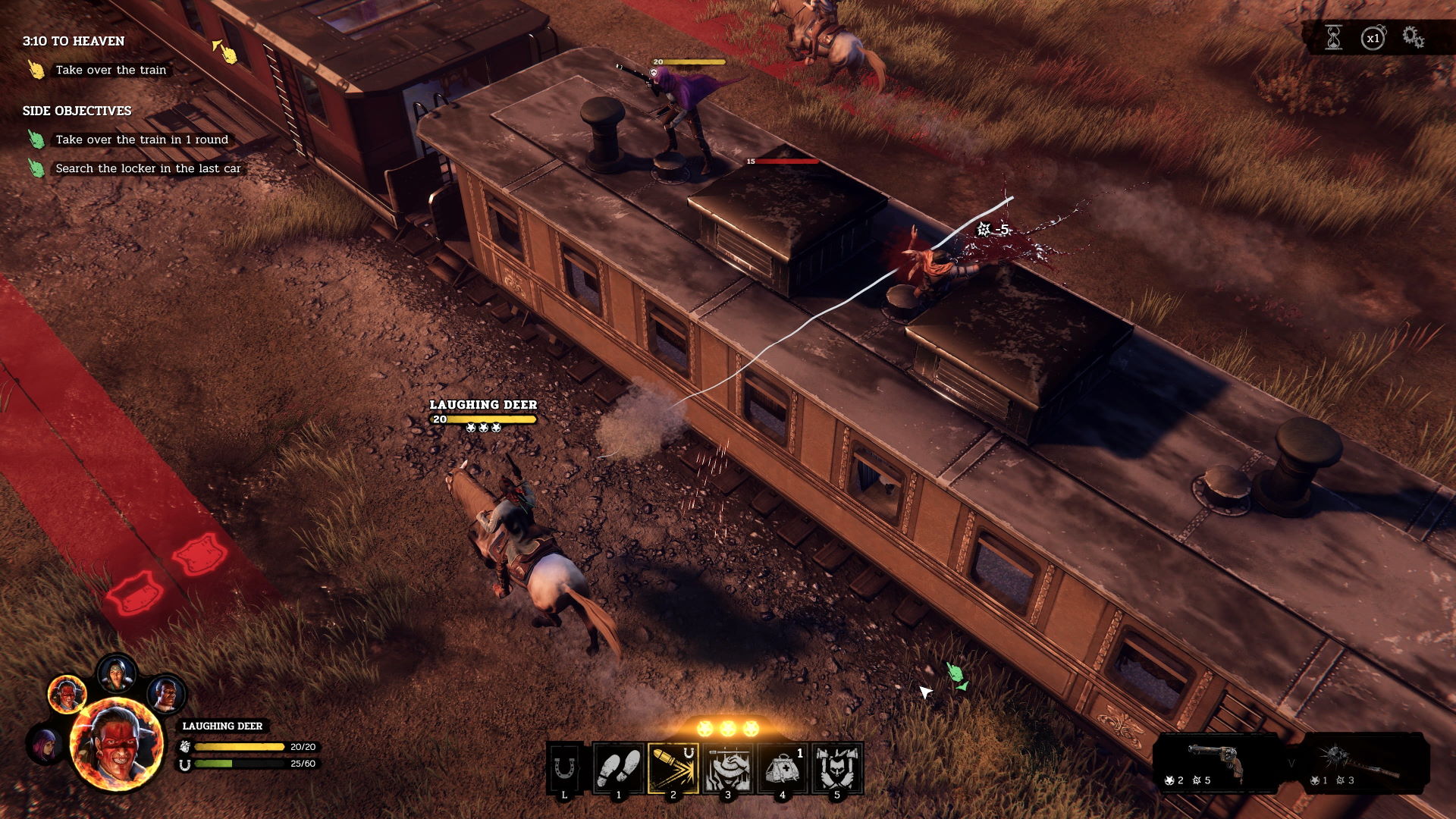 Adding a layer of complexity to all this are the poker cards. As you complete missions you may come across playing cards, each one has a bonus that can be applied to posse members. Multiple cards can bestow multiple benefits and poker hands can unlock some powerful new skills. Getting the card combinations right… not just to unlock skills but knowing which character will make the best use of a given set of cards can be a big difference in your chance of winning the battle. 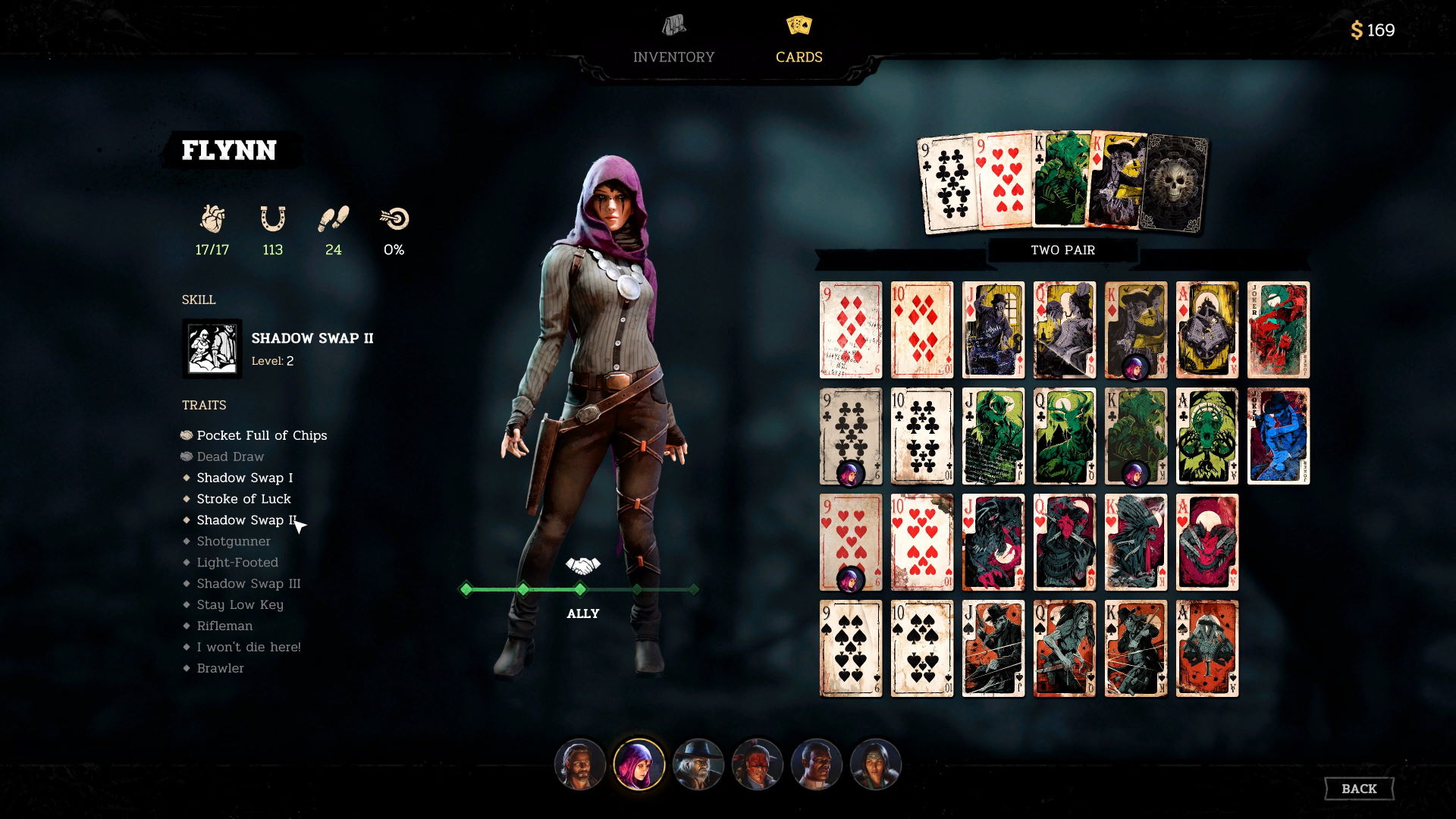 On top of that you can also earn the loyalty of your posse by making decisions that they approve of, doing so then reveals more of their story and unlocks new options with that member in certain situations. 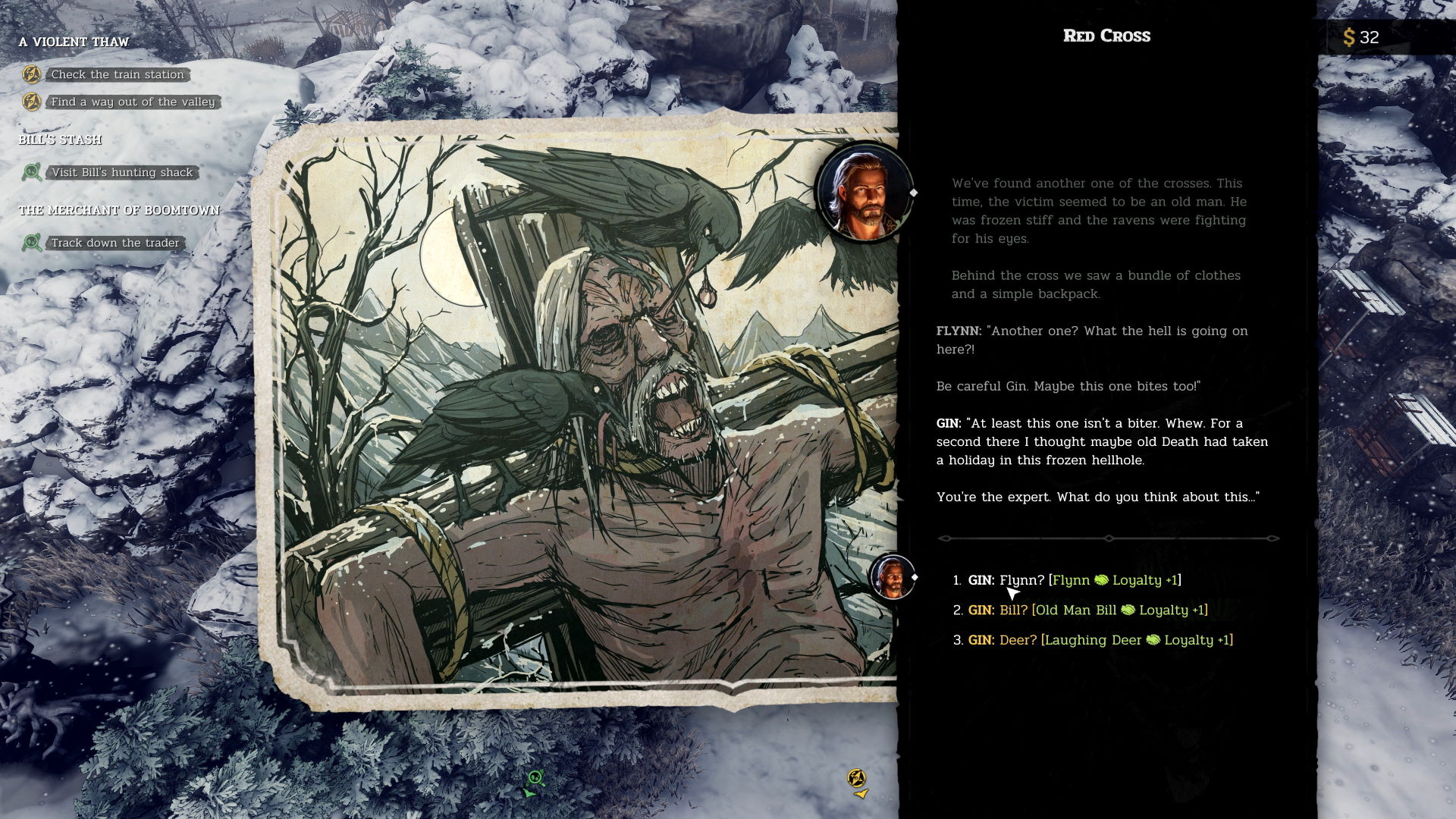 Between main missions, you and your posse can roam the map, exploring for any extra jobs that might be on offer or trinkets you can find that might give you a boost in combat. It’s worth doing all the side quests because there’s a good chance you can get some more of those playing cards and the more you can get the better hands you can equip your team with, making them all the more deadly and powerful in your quest to track down the devil. 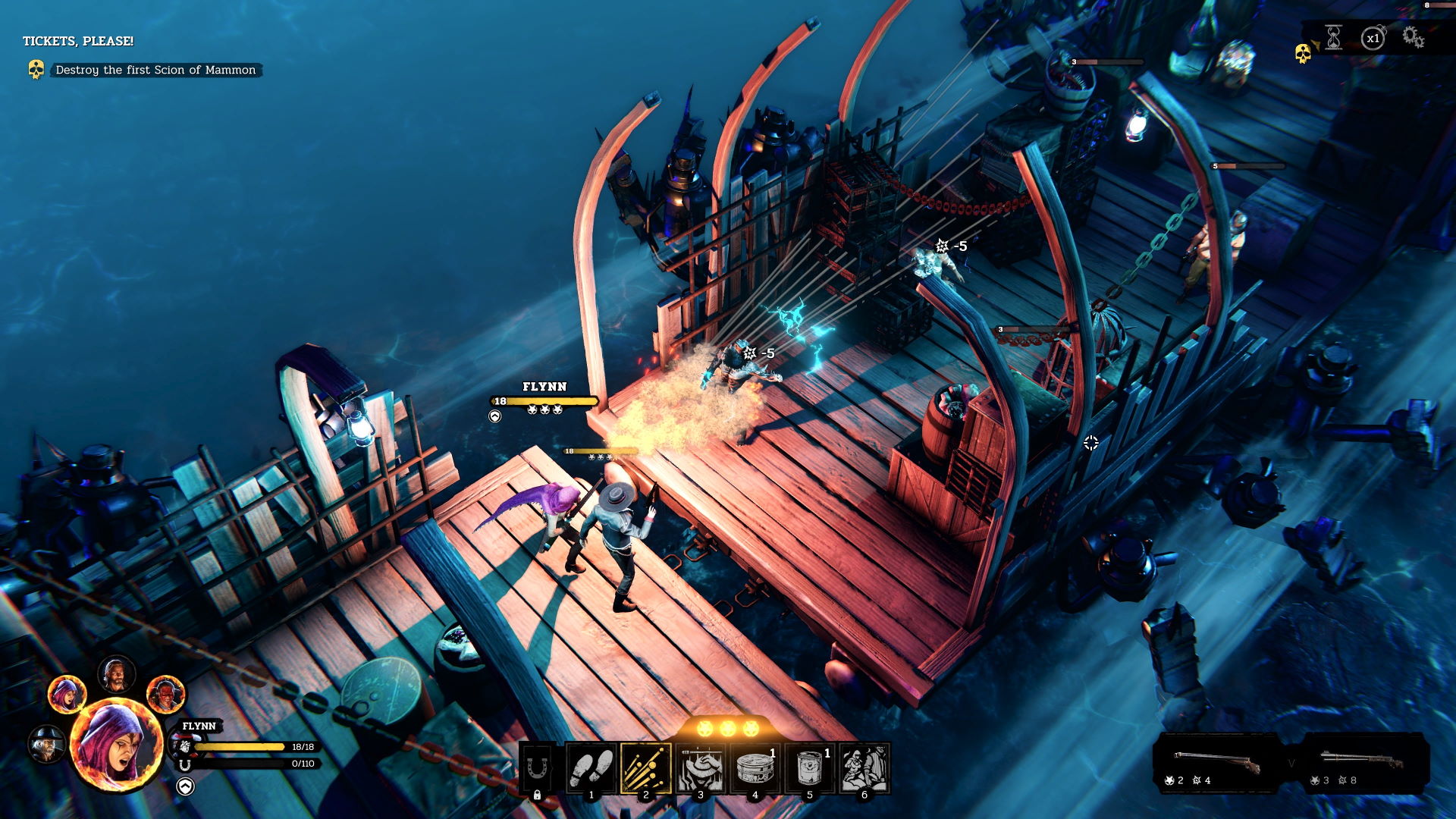 These sorts of games can be fun for the game mechanic alone but Hard West 2 has a great story and interesting characters with some good voice acting too, making it all the more enjoyable to get lost in the game world. 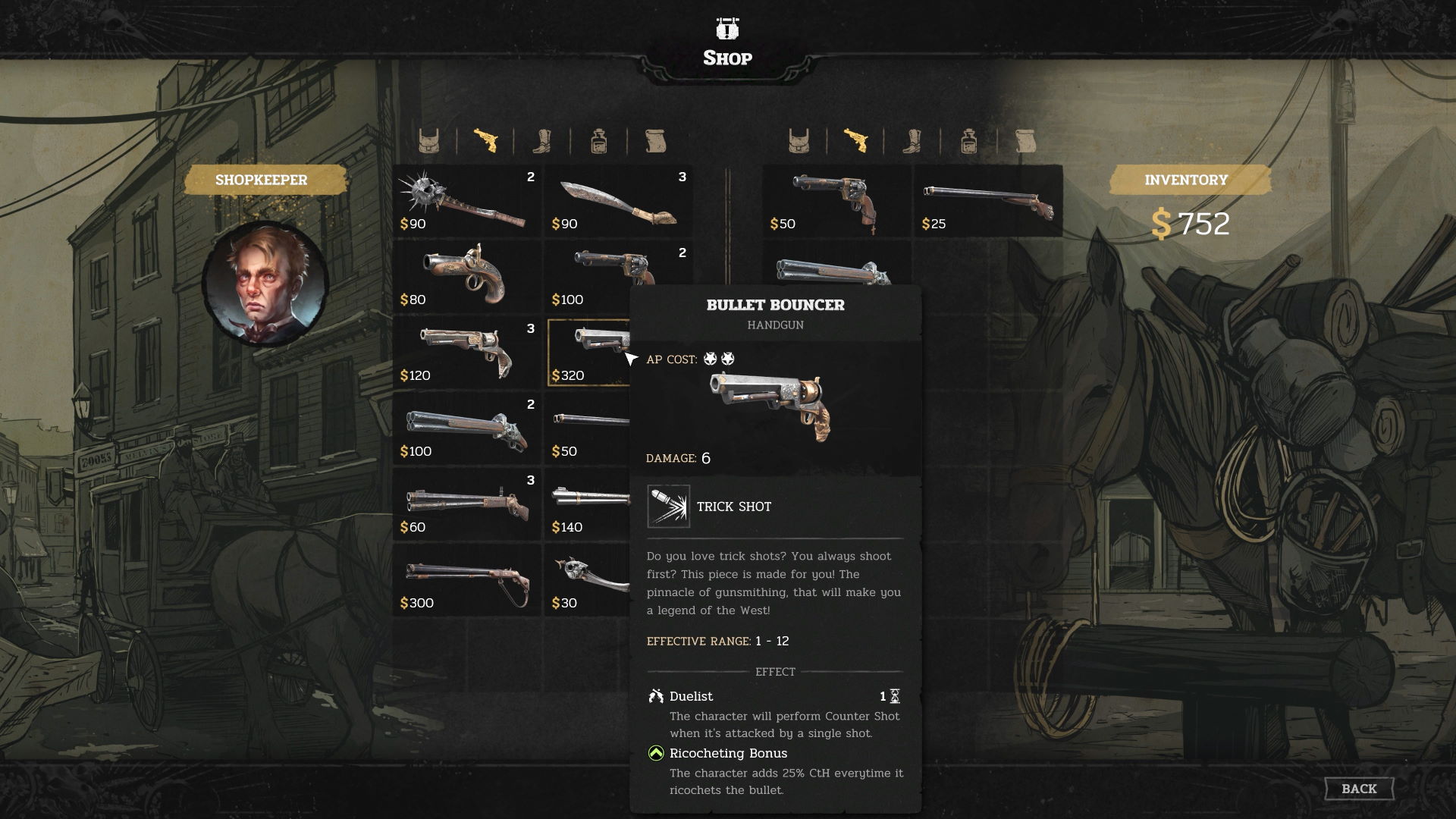 If you enjoy the western genre or even just turn based strategy games I’d certainly recommend giving it a look. If you loved the first game then you will love Hard West 2, now if you don’t mind… I have a date with the devil! 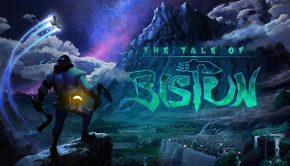 The Tale of Bistun Review →