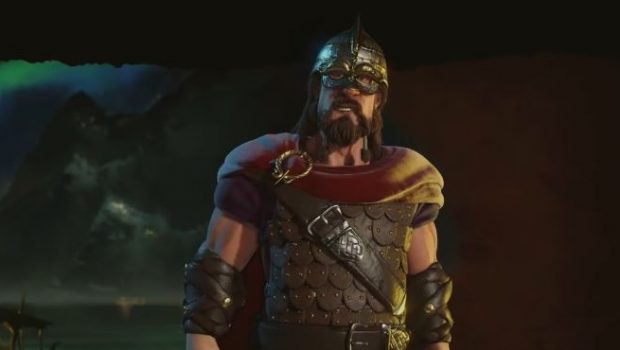 New to the Civilization series and leading Norway is the last Great Viking King Harald Hardrada.

Norway’s eventual king wasn’t always close to the throne. Exiled from his native land in 1030 after supporting his half-brother Olaf’s failed campaign, Hardrada sought refuge in Kievan Rus and later, Constantinople. Being a highly skilled warrior, he climbed the ranks of the Varangian Guard, earning the nickname “Devastator of the Bulgarians” after quelling an uprising.

In 1042 he returned to Norway and skilfully positioned himself into joint kingship with Magnus I. After Magnus’ passing, the now sole ruler of Norway warred with Sweyn, King of Denmark, in 1048 until 1064 before settling peacefully. He then attempted to claim the throne of England, perishing during the Battle of Stamford Bridge in 1066.

Hardrada’s reign was marked by war, but also by great progress. Peace flourished as Norway was unified under a strong government, new currency, external trade, and religious advancement.