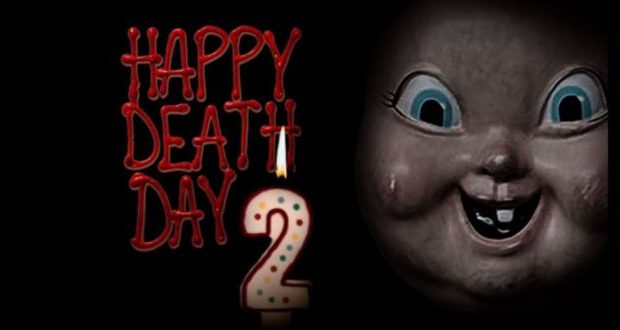 Is it just me or are filmmakers extensively using time loop plot devices in their storytelling right now? Time-travelling films, including the Back to the Future trilogy and the philosophical comedy Groundhog Day (1993), have popularised the device. Since then, we have seen many films on the subject, and, what is more surprising is that we have had five films of different genres about time loops in both 2014 and 2017.

In the case of horror films, the plot device has been used in amusingly metatextual ways. It has highlighted and paid homage to horror tropes, particularly the slasher motif. Notable examples include Blood Punch (2014), the bonkers Detention (2011), and, of course, the genial and likable Happy Death Day (2017). Now we have the amusingly titled sequel, Happy Death Day 2U. With the same creative collective and cast returning and the promise that the film will be even crazier, will the sequel live up to its potential?

Set after the events of the first film, Ryan (Phi Vu) and his friend have been altering time with some ‘highly sophistimicated doowhackey’ [sic]. Due to an accident, Tree Gelbman (Jessica Rothe) wakes up in horror to learn that she is stuck in a parallel universe. Her boyfriend, Carter (Israel Broussard), is now with someone else, and her friends and fellow students seem to be completely different versions of themselves. She also finds herself the target of a masked killer again. When the psychopath starts attacking her inner circle, Tree realises that she must die repeatedly to save everyone. However, during her time in the parallel universe, moments that were tragic in her past may not be tragic anymore.

It is rare for sequels to be as good as the original because filmmakers are inclined to replicate the success of the original formula. It is even rarer for filmmakers to think outside the box when approaching a sequel. In the case of 2U, one must credit writer and director Christopher Landon (Paranormal Activity: The Mark Ones) for considering the second option. However, the success of the approach depends entirely on the expectations of those who liked the first film. 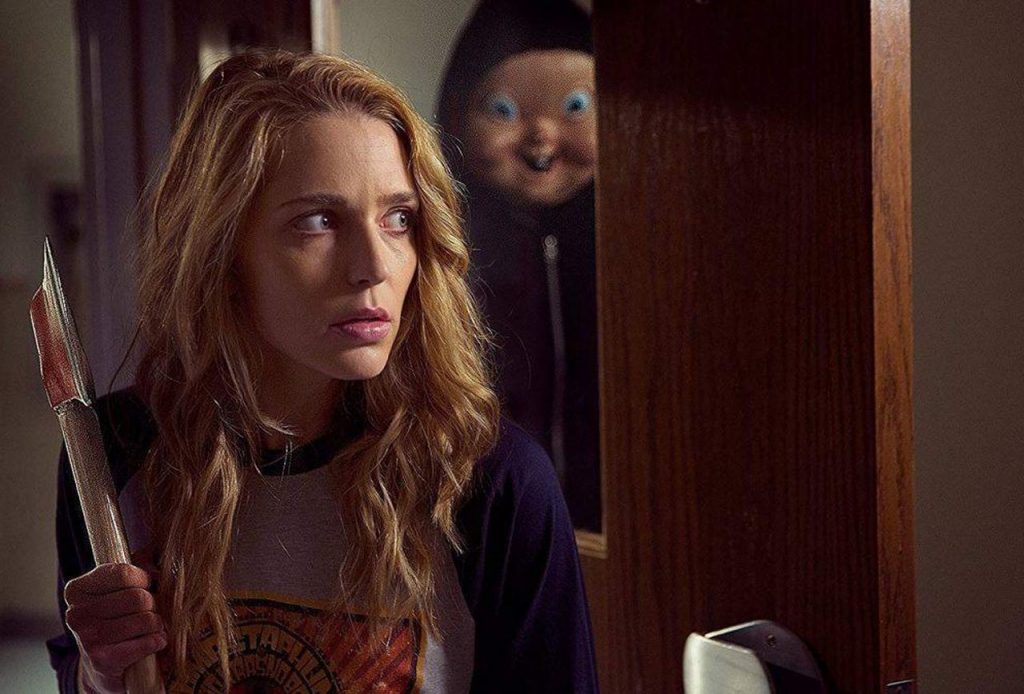 On its own terms, 2U is wildly entertaining. It takes interesting genre detours and maximises its premise. It also benefits from spirited performances, an infectiously fun tone, and a determined approach to breaking outside the norm of mainstream sequels. Knowing that the sequel will never replicate the original’s surprise factor, Landon focuses less on the slasher elements and more on the time loop plot device. Consequently, the establishment of the world involves more entertaining and mindless possibilities. For the most part, the film makes the most of it.

The mixture and subversion of the genre tropes are effectively handled. For example, the amusing meta-humour includes parodies of Back to the Future Part II (1989) and method acting via The Miracle Worker (1962). There are also the time-traveling elements involving paradoxes and references to ‘The Butterfly Effect’ theory. Although there are some missed opportunities too, such as choosing not to explore the use of doppelgangers. 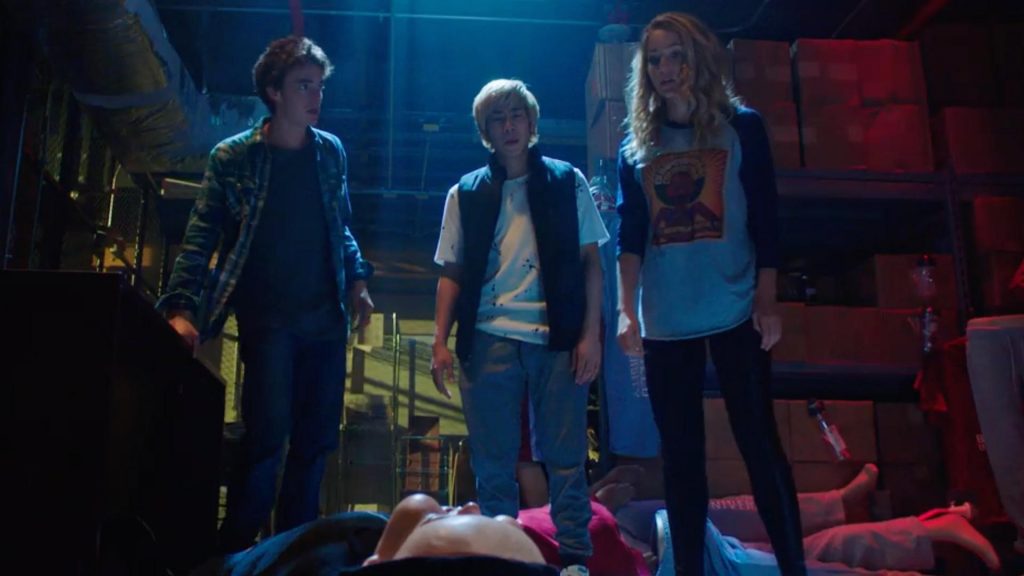 The franchise’s returning actors, Phi Vu and Rachel Matthews, excel with more substantiated roles in the sequel. Vu combines the tropes of the stereotypical slacker and nerd roles with fashion and melds them into an amusing and likable performance. Matthews steals the show with her honed comedic instincts, especially when her character is passive‑aggressive or ripping method acting to shreds.

Newcomers Suraj Sharma (Life of Pi, 2012), Sarah Yarkin and Steve Zissis all handle their parts well and add to the fun factor. While those who reprise their roles (including those who died in the first film) invest in their work convincingly, particularly Israel Broussard as Carter. He grounds the film and convinces the audience of Tree’s dilemma and the choices she makes. The film’s overall success though is attributable to the enthusiasm of Jessica Rothe. Despite the times when the script fails her, she elevates the material by delving into the horror, drama and comedic aspects with absolute gusto. 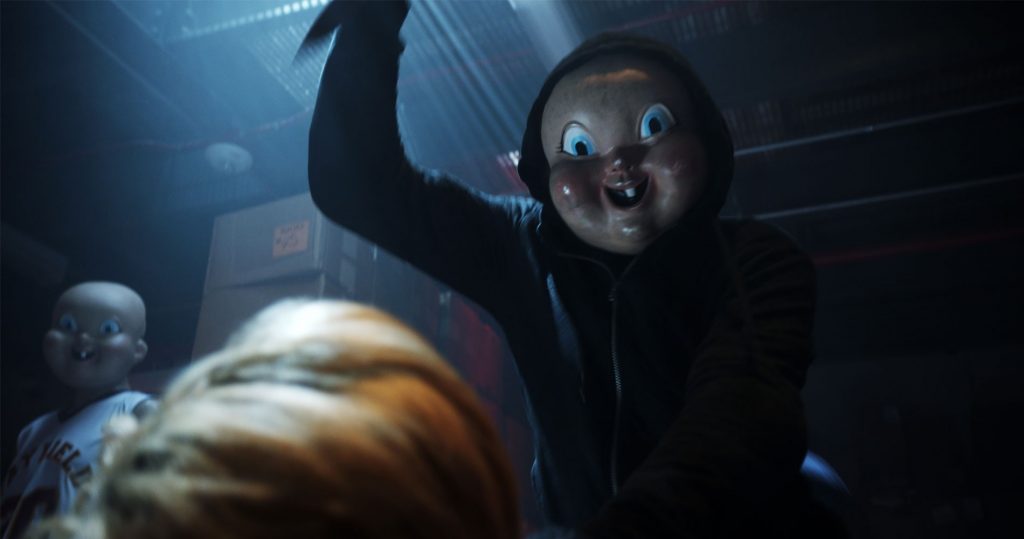 Those expecting more slasher content will be disappointed. Instead, the film spans many genres, including heist films and family drama. Fortunately, even with the heavy task of maneuvering several genres, Landon never sacrifices the tone or the character groundwork established by the original. A plot thread established in the prequel that involved the presence of Tree’s mother reaches a perfectly fitting and touching conclusion that coincides with the premise and Tree herself.

While the script’s dialogue and message are blatant, the approach is befitting and necessary for the film’s teenage target audience. With such an enjoyably silly premise and convoluted storytelling, there are predictable lapses in internal logic. For example, how do Tree’s internal injuries in the first film recover and not compound the injuries sustained in the sequel? Where is the prime version of Tree in all of this? As a result, the thrills are sometimes muted. 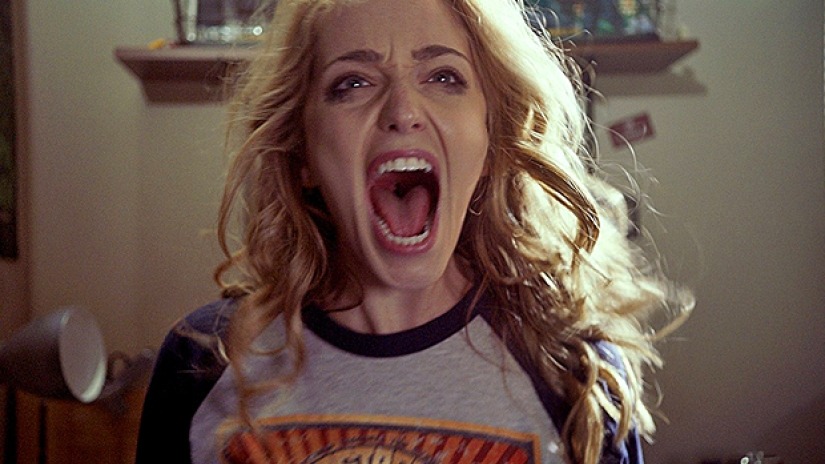 However, the film’s brisk pacing, attributable to editor Ben Baudhuin, ensures we can overlook these holes. Baudhuin has worked on enjoyably off-kilter films, such as Colossal (2016) and an upcoming film involving parallel universes called Parallel. The combination of speedy pacing and a script packed with funny and joyful moments means you will have no time to mull over the gaps in logic.

Happy Death Day 2U benefits from several strong elements, including Landon’s execution of the story, the metatextual and subversive storytelling, and the fun performances from the cast, particularly Rothe’s wonderfully spirited work. It is a hell of an entertaining ride that takes its premise to greater heights and with ample success.

P.S – There’s an amusing mid-credits scene that hints an idea for a sequel. Don’t miss it.

Summary: It benefits from spirited performances, an infectiously fun tone, and a determined approach to breaking outside the norm of mainstream sequels.