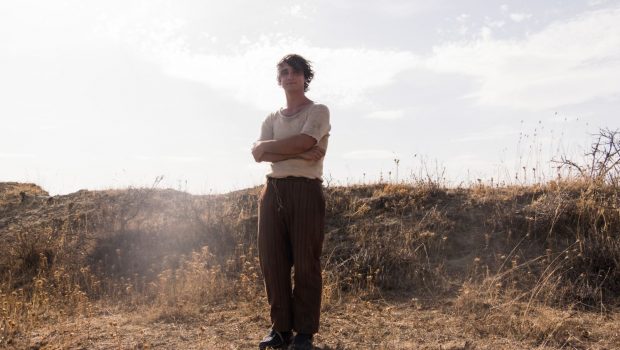 Alice Rohrwacher is a major talent on the horizon. The thirty-seven-year-old is an Italian writer and director. Her mother is Italian and her father German. At the University of Turin, she studied philosophy and literature and has also trained in screenwriting too.

Several of her films have been well-received, including Heavenly Bodies (2011), The Wonders (2015), and now Happy as Lazzaro (or Lazzaro felice). The latter was recently nominated for an award at the Cannes Film Festival. While the film’s first half is stronger than the second, Lazzaro remains a strange but highly original work that benefits from a good lead performance and some excellent craftsmanship.

The story is an unusual and perplexing one. It is divided into two distinct halves. The first part is set in an Italian pastoral village called Inviolata. The workers there are exploited by a woman named Marchesa Alfonsina de Luna (Nicoletta Braschi) who is deemed the queen of cigarettes. The peasants are forced to live in an old-fashioned village while de Luna stays in her house.

Meanwhile, a man tallies the peasants’ expenses to ensure that they remain permanently in debt. The only figure of goodwill is Lazzaro (debut actor Adriano Tardiolo). He is a simple peasant who does what he is told without question, such as guarding the chickens all night and watching out for the foxes.

One character who impacts upon Lazzaro is Tancredi (actor and singer-songwriter Luca Chikovani). He tries coaxing Lazzaro into helping him fake his own kidnapping by having the two of them hide in the mountains. He also suggests that he and Lazzaro might be related. However, de Luna knows Tancredi is lying. After an unexpected incident involving Lazzaro, the story forwards in time.

Lazarro has stayed the same but everyone else around him, including Tancredi, has aged. The peasants are taken to live in the city, which challenges Lazzaro to find them and then adapt to the modern world where they remain impoverished. 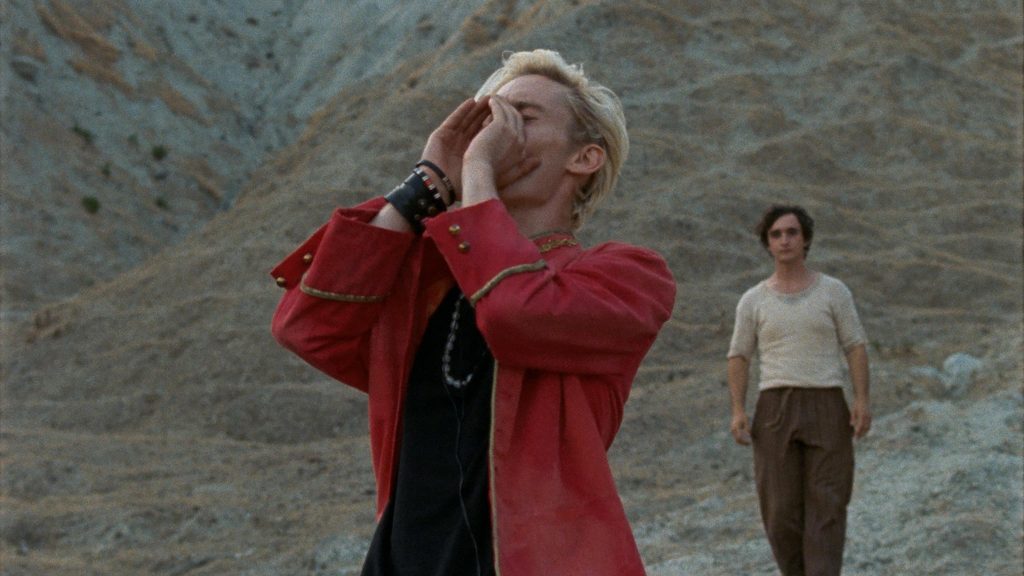 A major attraction of Lazzaro is how Alice Rohrwacher has photographed the setting. Visually, the film is comparable to a classic piece of Italian neorealism. The first part was shot in Vetriolo and Bagnoregio, and the second half in Milan, Turin and Civitavecchia. Rohrwacher has used super16 film instead of digital to great effect.

For example, the beautiful overhead shots of the countryside capture the depth of the Italian landscape and accentuate the world’s naturalism. The visuals are also used to infer character, including a long shot of Lazzaro standing outside in the rain. The stillness of his body language as the rainfall tumbles over him underlines his lack of independence and freethinking.

The modern world is signposted through the audio-vision techniques. Tancredi has a Walkman that he listens to and his modern clothes are juxtaposed with Lazzaro’s simple, old fashioned garments. It highlights the differences in their culture, new age versus tradition, and their understanding of the world. Similarly, the heavy churning sounds of agricultural machinery foreshadows the coming changes to the rural world and its peasants. 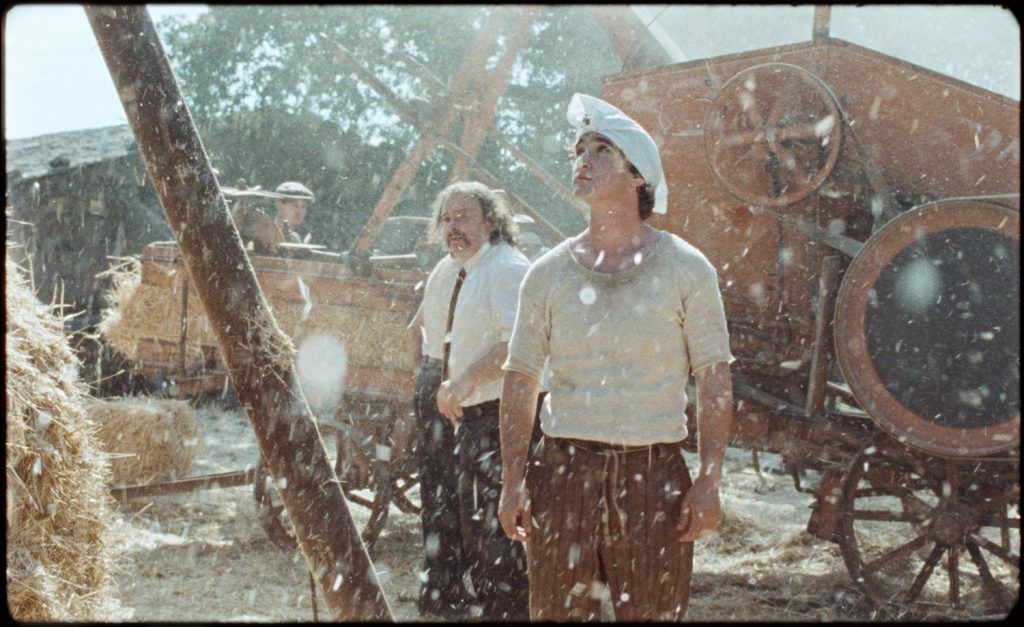 In the second half of the movie, the sounds and images are contemporary and deliberately intrusive, befitting of the dangerous city life. Rohrwacher captures the audio-vision of radio antennas with distorted sounds, and the powerful grind of power tools, cars and trains. The harshness of the sounds and images evokes the displacement of the peasants from their rural world.

The second portion of the story is problematic. Lazzaro’s fate is confusing since he has stayed the same but everyone else has changed. Is he now a ghost? The ending suggests otherwise. Instead, the continuation of his passive nature can be interpreted as a parable. It is about the chain reaction of exploitation in the world.

Rohrwacher says, ‘it is the sanctity of living in this world without thinking ill of anyone and simply believing in human beings’. In other words, there is a price to be paid for believing in human decency and not having the life experience outside of a closed community to understand exploitation. 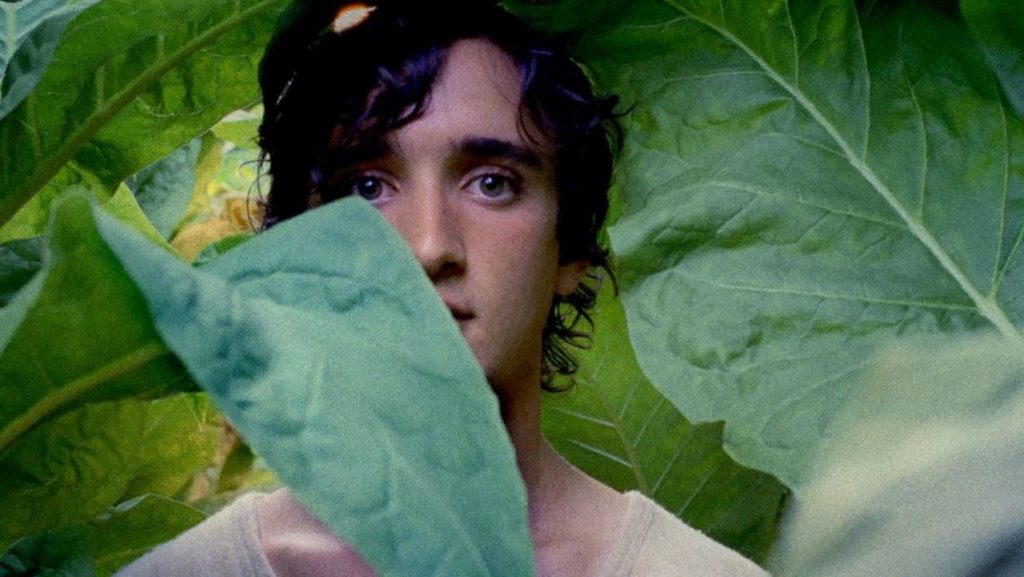 Lazzaro and the other peasants have been treated like slaves to increase profits for the tobacco industry. When someone tells them that these practices are illegal, they are in disbelief and argue against it. ‘School is for the rich!’ one character says. In the city, the characters are older but still impoverished. Tancredi is now played by fifty-one-year-old Italian actor Tommaso Ragno.

To earn enough money to survive, the peasants exploit people by pretending to sell expensive goods but merely taking people’s money. They feel they must steal to live. It infers that exploitation is a cycle of the world. Everyone is using each other as a means of self-preservation.

The major contrast to this statement is Lazzaro himself. Since the beginning, the screenplay’s major dramatic question is whether he will discover his own sense of free-will. The answer is unexpected, combining personal agency with tragedy, but some of the film’s symbol in this climax, including a wolf, is too obscure. 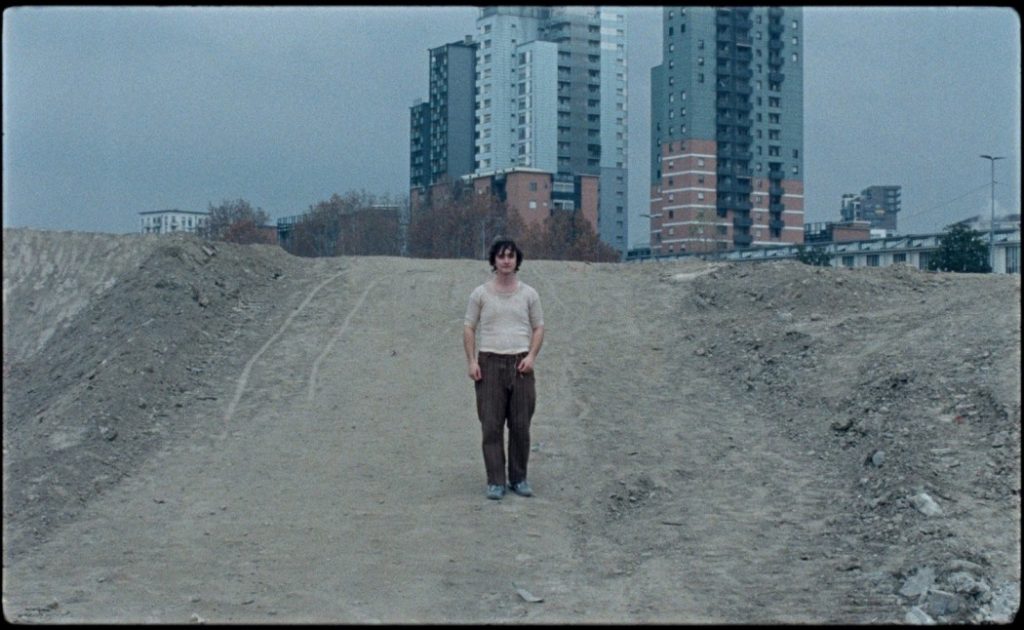 At least half of Lazzaro is an interesting allegory and extremely well photographed. The naturalism of the village, the injustice, and the poverty are vividly realised by Rohrwacher. She also draws a strong partly comedic performance from Adriano Tardiolo as Lazarro.

His rigid body language reflects someone who is waiting to be told how to live their life, which makes him ripe to be exploited by scammers and big industry. The turning point involving his character, which sees the film venture into the modern world, is also completely unexpected.

The film takes big risks, some of which do not pay off, but they are still unique and interesting. It is about the way that people use one another regardless of their economic circumstances. Exploitation is a chain reaction that these characters feel is essential to survive. Not everyone is immune to it or can successfully adapt to it, which is the tragedy or moral of this challenging story.

Summary: At least half of Happy as Lazzaro is an interesting allegory and extremely well photographed.