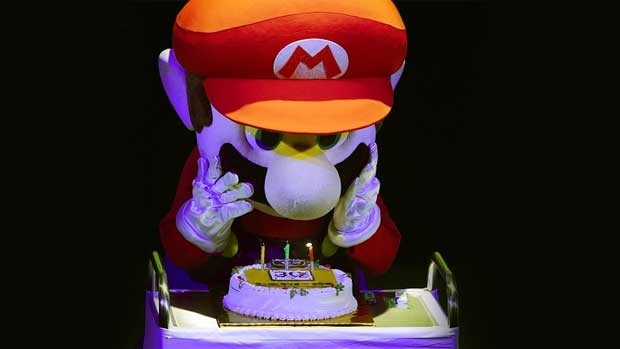 You probably didn’t know what today is. It wouldn’t be marked on your calendar, but it’s meaningful to millions of people around the world, because thirty years ago today the video game classic Super Mario Bros. was released on the Nintendo Famicom in Nintendo’s home country of Japan. 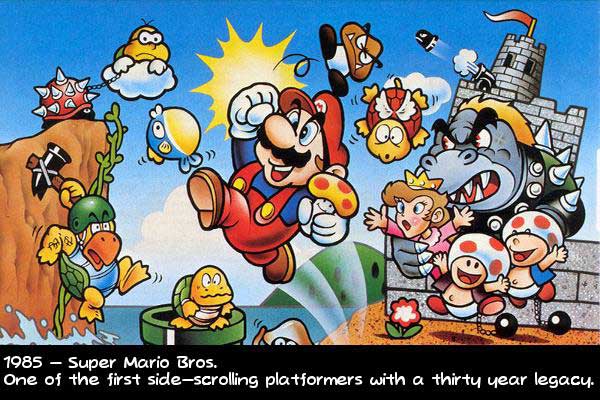 As the world’s first digital portal to the fabled Mushroom Kingdom, Super Mario Bros. commenced a long line of Super Mario video games that still thrive today, just as they did thirty years ago. It took some time for the game to make its way to Western shores for the Famicom-equivalent Nintendo Entertainment System- but wherever and whenever it landed it was an instant hit across the globe.

Mario and his little-but-big brother Luigi appeared in a few games before Super Mario Bros., like the 1983 game Mario Bros. and even earlier in original arcade Donkey Kong game in 1981, when Mario still went by the name Jumpman and Luigi hadn’t even arrived to the party yet, but Super Mario Bros. was the start of a new legacy for the dynamic duo, and countless characters to come. 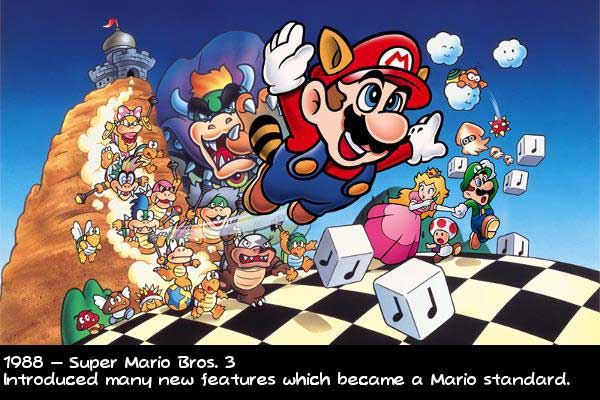 This was the beginning of the properly-established Super Mario series, the original ‘jump and run’ platformer games that revolved around the escapades of the Mario brothers and various comrades in their quest to save Princess Peach from the clutches of Bowser, the King of the Koopa Troopas. It’s a timeless story, and it’s one that’s been re-told at least once every console generation for the last thirty years. Let’s hear it again, shall we?

If a reader lives a thousand lives, I imagine that the saying applies equally to gamers too, only in a more interactive, first-hand way. Video games aren’t just simple score-based tests of skill anymore; they establish a vivid world of fascinating characters where you can live among the fantastical, as if it were an alternate universe where you can be a hero beyond the confines of our reality. This wouldn’t have happened if the gaming industry had never improved after the Video Game Crash of 1983. 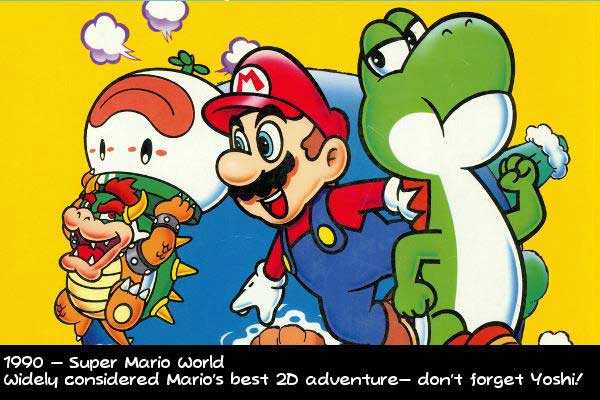 Super Mario Bros. was among the first of games, if not the first game, to jump start the evolution process and welcome to the world what we now know as modern gaming. Super Mario Bros. saved the video game business by becoming an overnight craze. Everybody was bashing those Question Blocks, and stomping Goombas in the pursuit to save Princess Toadstool, who always seemed to be in the wrong castle. The Mushroom Kingdom was video gaming’s first iconic location, and it put thousands of Nintendo systems under the Christmas tree in 1985.

And the Super Mario series has only continued to evolve ever since. After the original adventures in the Mushroom Kingdom, we explore the dream world of Subcon in Super Mario Bros. 2, and later Dinosaur Land where we meet Mario’s best friend Yoshi, then Isle Delfino where Bowser’s son reveals himself for the first time, Yoshi’s Island, Sarasaland- homeland of Princess Daisy, the Sprixie Kingdom and eventually, we explore the entire universe- twice. Every new location that expands the Mushroom Kingdom’s rich lore is filled with new inhabitants and stories to tell. 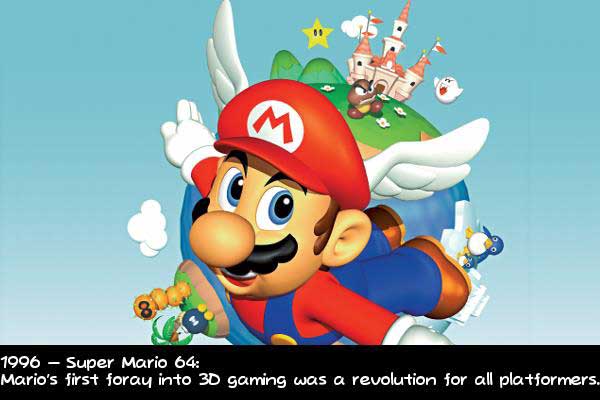 Once we wander into a new world with our favorite plumbers we are welcomed with new ideas, goals and challenges in increasingly creative ways. It’s always a memorable experience to play a new Super Mario game for the first time. Each game in the series changes and re-invents the conventions that we’ve come to expect from the Super Mario series and yet it’s just as familiar as ever. To some gamers, the fundamentals of a Super Mario game are but a second nature.

Even after the introduction to 3D gaming in the 1990’s, the Super Mario series has always managed to find a way to stay relevant within a three dimensional landscape and the two dimensional side scrolling world by splitting off into two separate sub-series; New Super Mario Bros., a modernization/sequel series to the classic 2D games and a 3D series that Nintendo refers to collectively as the Galaxy games (for the sake of simplicity, the term also applies to Super Mario 64 and Super Mario Sunshine, which predate the Super Mario Galaxy games but share the same game design as their younger brothers). 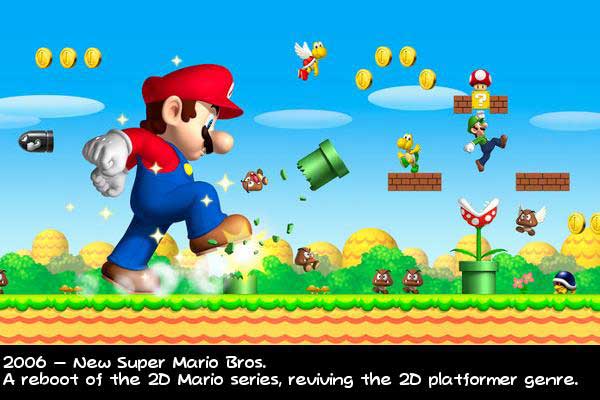 The Galaxy series played by its own rules by giving Mario larger, more open environments to explore with gameplay that mixed platforming with objective-based missions. Back in the Nintendo 64 days, Super Mario 64 spawned a new genre: the ‘collect-a-thon’ platformer, which gave us classic games like Banjo-Kazooie where the aim of the game is to collect items to unlock new worlds. Eventually, a third sub-series was created that used elements from the New Super Mario Bros. games but in a Galaxy-styled 3D environment, giving the Super Mario franchise new dimensions of variety to veteran fans and newcomers. 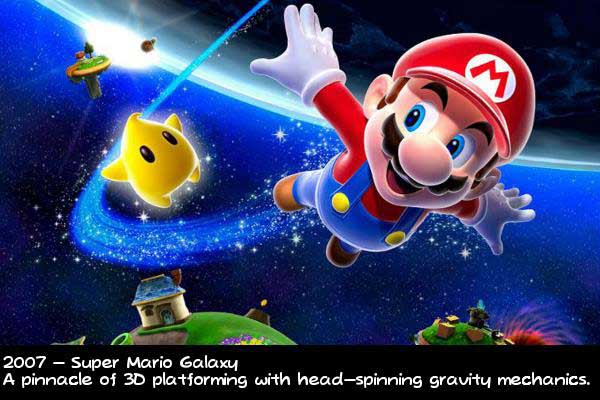 In gaming, the Super Mario series is just one segment of the Mario universe that covers more than one hundred spin-off titles with the likes of Mario Kart, Mario Party and Paper Mario. For gamers, the Super Mario series is like a rite of passage; the first stepping stone into a world of many worlds, and is always looked upon fondly by all who have ever lived with a Nintendo console under their roof. After all, Mario has become a more recognizable character than Mickey Mouse. If that doesn’t speak for this game’s significance, then what will?

Coinciding with this landmark anniversary, yesterday Super Mario Maker was released for the Wii U console. It’s a game that takes the worlds from four of the most popular two-dimensional Super Mario games and allows people to create their own levels and play with the game in ways that haven’t been done before. Super Mario Maker offers us a potentially endless 2D Mario game that lets us experience all that we can with the current form of Super Mario, and gives Nintendo space to be even more daring for future 2D and 3D Super Mario games, the likes of which we can’t even imagine yet. 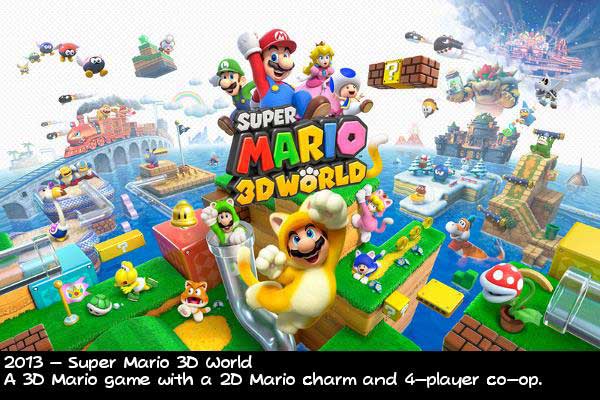 With the possibilities of Nintendo’s mystery ‘NX’ platform being infinite, so are our hopes for the future of the Super Mario series. Today is not only a reflection on thirty years of video gaming history, but also anticipation of what’s next for the Mario brothers. Their quest is not over yet!