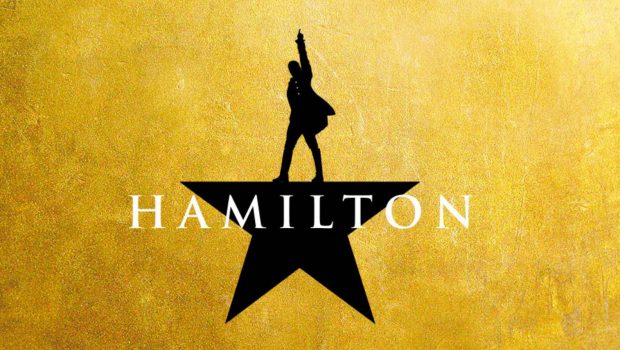 Summary: Hamilton the Musical is pure outrageous fun that is super entertaining!

With Melbourne (and Australia) “hopefully” moving beyond a fait accompli state and with the semblance of normality returning, the perfect panacea for theatre goers has now officially opened with the Broadway hit and multi award-winning Hamilton the Musical. That’s right, Hamilton is now playing in Melbourne after a spectacular season in Sydney in order for us to experience this Broadway sensation and I can contentedly report that the expectations have matched the hype. While the American version has been available on Disney+, the Australian production is just as entertaining as the cast, music (brilliant) and choreography really immerses you into the story of Alexander Hamilton (Jason Arrow) as you become part of this live theatre experience.

Similar to the American production, the casting of the Australian version of Hamilton is faultless who not only embrace their alter egos well but successfully add their own twists to the characters that they play. Adding to the story is the truly wonderful and diverse musical numbers with its mix of hip hop, rap plus traditional theatre twists with perfectly timed dance choreography, both from the main cast and the ensemble, including the sometimes clichéd theatre comedy that together… really brings a smile to your face and maybe a shout of woooooo! Songs such as “My Shot”, “Alexander Hamilton”, “Burn” or “Stay Alive” really add to the entire theatre experience and best of all, the scores are not only catchy but really bring the story of Hamilton to life with its diverse and clever music. 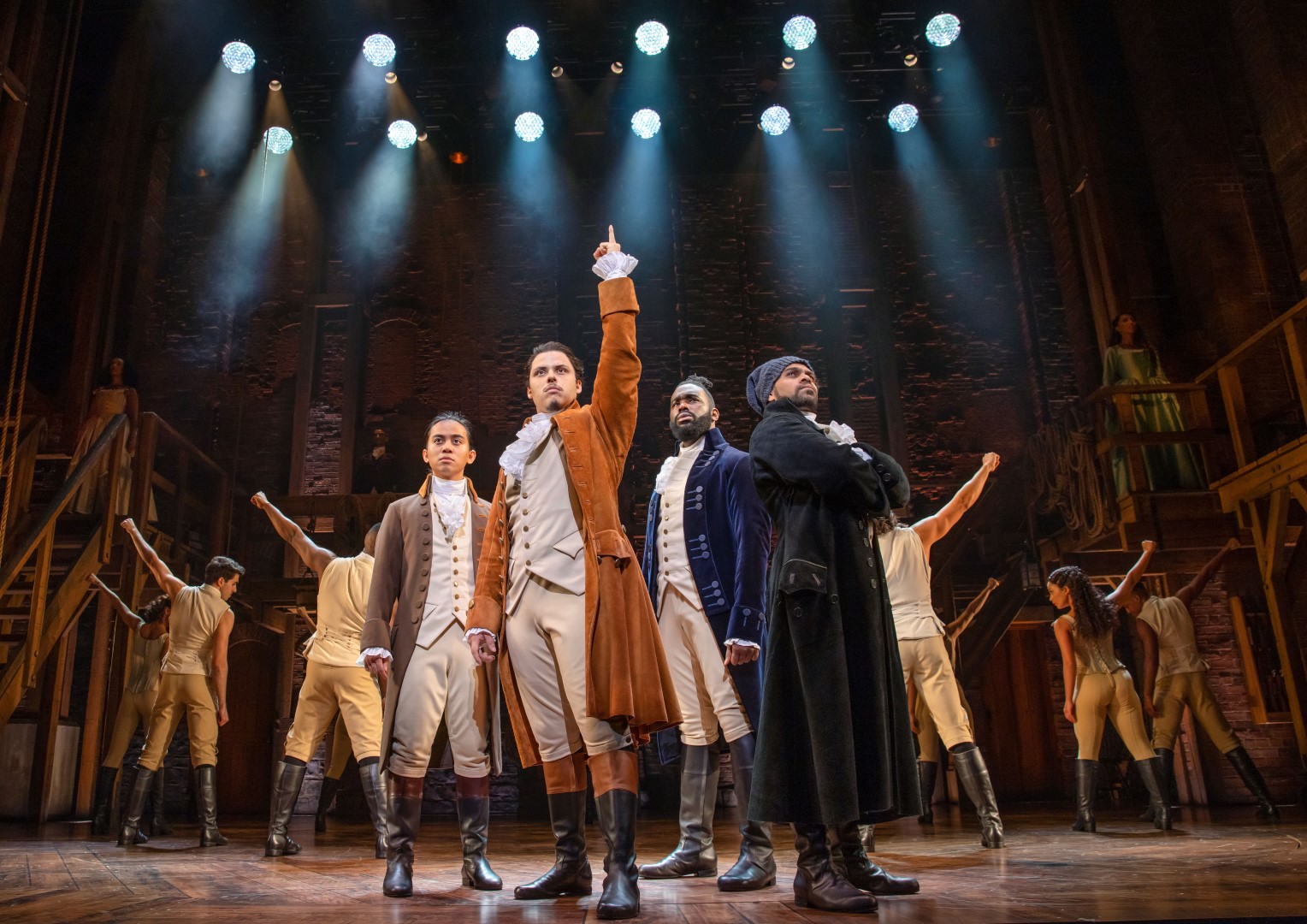 There are also a whopping 46 songs in Hamilton the Musical, over two acts;

Hamilton is written Lin-Manuel Miranda, the mastermind behind this musical and should be commended for creating such a powerful production that was inspired by Ron Chernow’s 2004 biography Alexander Hamilton. As a fun fact, the real-world Alexander Hamilton who was hailed as “the ten-dollar Founding Father” and helped create the US financial system. While born into mediocrity on the Caribbean island of Nevis, he headed to New York in 1776 to start a new life where he became a man (and catalyst) of importance and was involved in the American Revolution. In essence Hamilton the Musical is the story of Alexander from when he arrives in the United States from the Caribbean to the fateful duel with his adversary Aaron Burr. 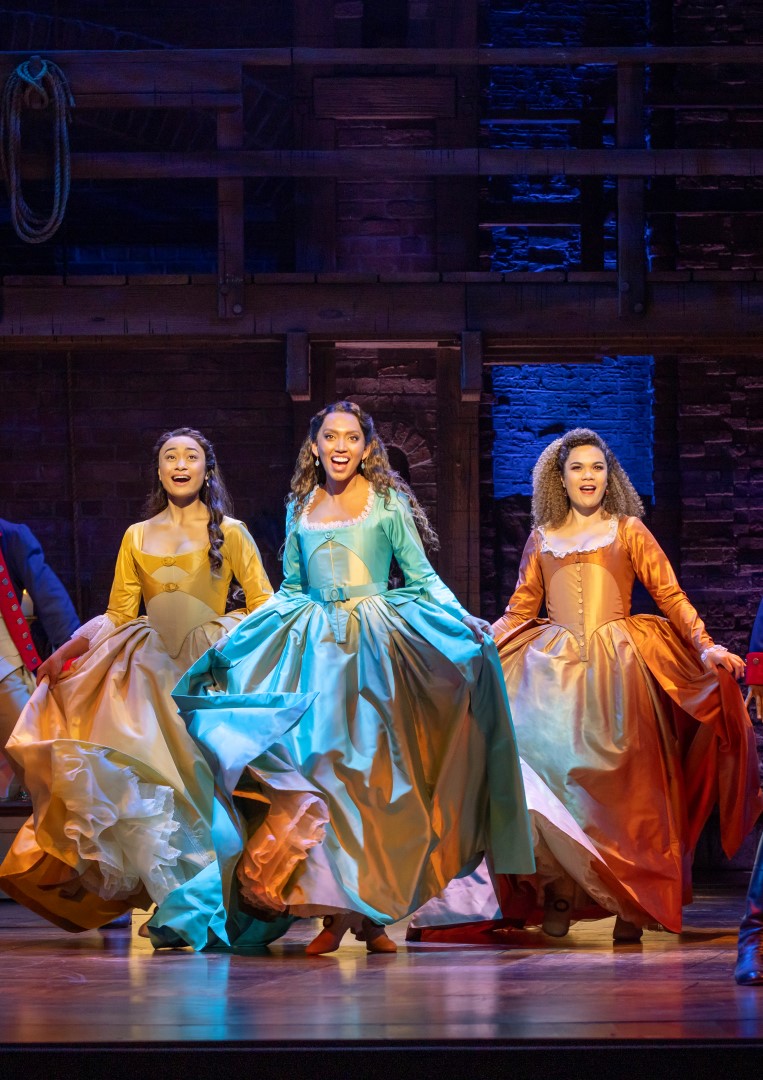 With this as the backdrop to Hamilton, there is plenty of political intrigue (George Washington, King George III) and drama as we follow Alexander Hamilton and his compatriots such as Marquis de Lafayette/Thomas Jefferson (Victory Ndukwe) and John Laurens (Marty Alix) who all add to this fascinating tale with plenty of humour (I mean plenty) and innuendo thrown into the mix. Relationships are also a core element to this musical such as the adversarial “friendship” between Hamilton and Burr as his acquaintance’s jealousy grows towards him throughout the years. There’s also a love triangle between Hamilton, his wife Eliza Schuyler (Tigist Strode) and his sister in-law Angelica (Akina Edmonds) and while nothing occurs, our protagonist does become embroiled in another cheating scandal that becomes public. While there are no villains per se, there is a standout performance by Brent Ashley Hill who plays the nefarious and truly comedic King George III which had the entire theatre in hysterics. 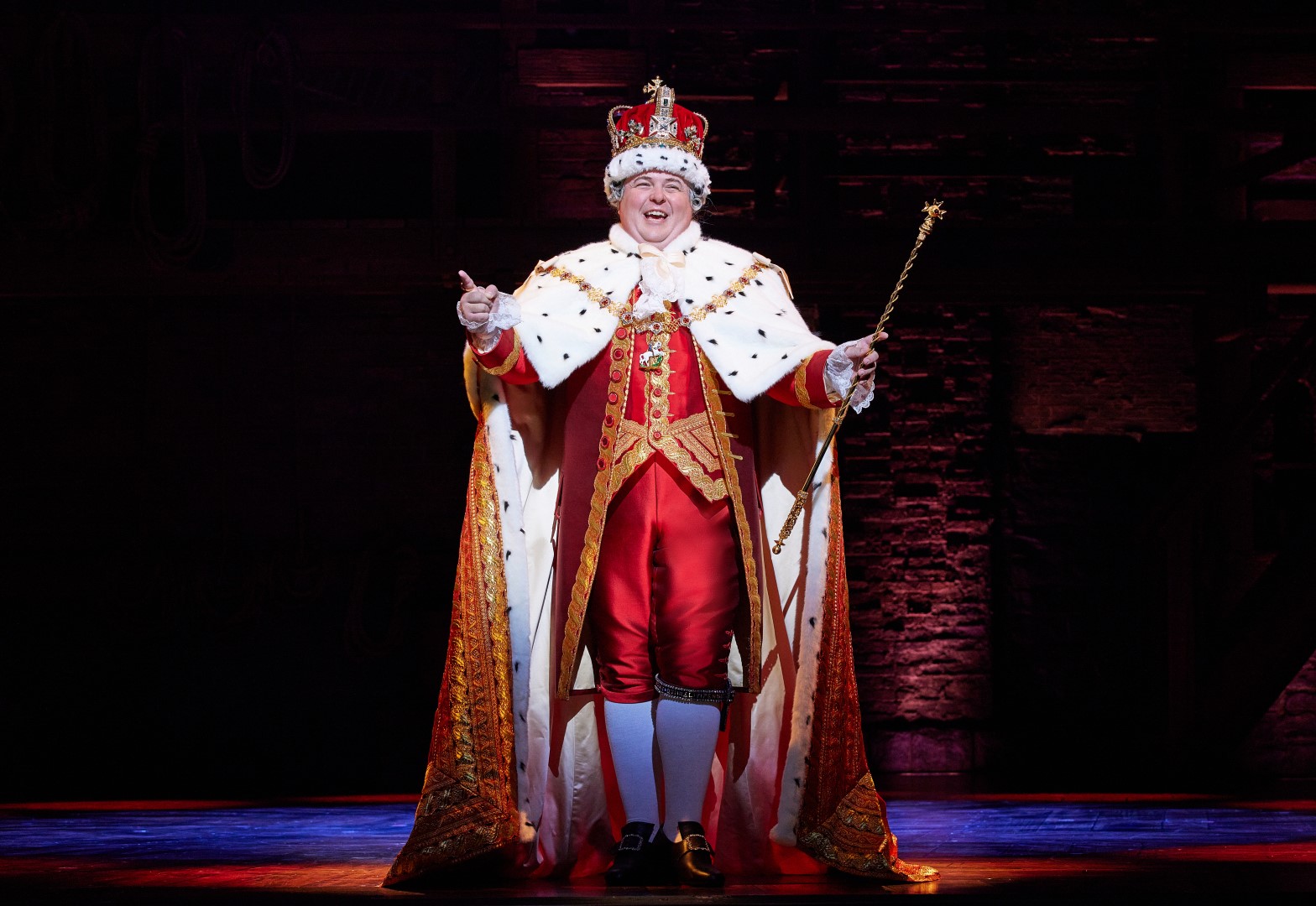 The characterisation in Hamilton is great, Jason Arrow is perfectly cast as this prideful yet very flawed character and is definitely larger than life when on stage who will stop at nothing to get to the top. However Lyndon Watts as Burr slightly outshines our star who has this magnetic presence on the stage and always plays second fiddle to Hamilton. Matu Ngaropo as George Washington plays the “straight man” well and is like a mentor or father figure to Hamilton. Then you have Victory Ndukwe as Marquis Lafayette and Thomas Jefferson who is incredible! Tigist Strode plays his on-stage wife Eliza and while she seems meek in the first Act, she truly shines with her musical number “Burn” when she discovers that her husband has been cheating on her. Lastly, Shaka Cook and Marty Alix have some hilarious dual roles in the performance, particularly with Marty playing the son of Hamilton and when he jumps on his dad. Given that, the entire cast is faultless as are the equally talented ensemble who add even another enjoyable layer to this musical and seem to be having the time of their lives. 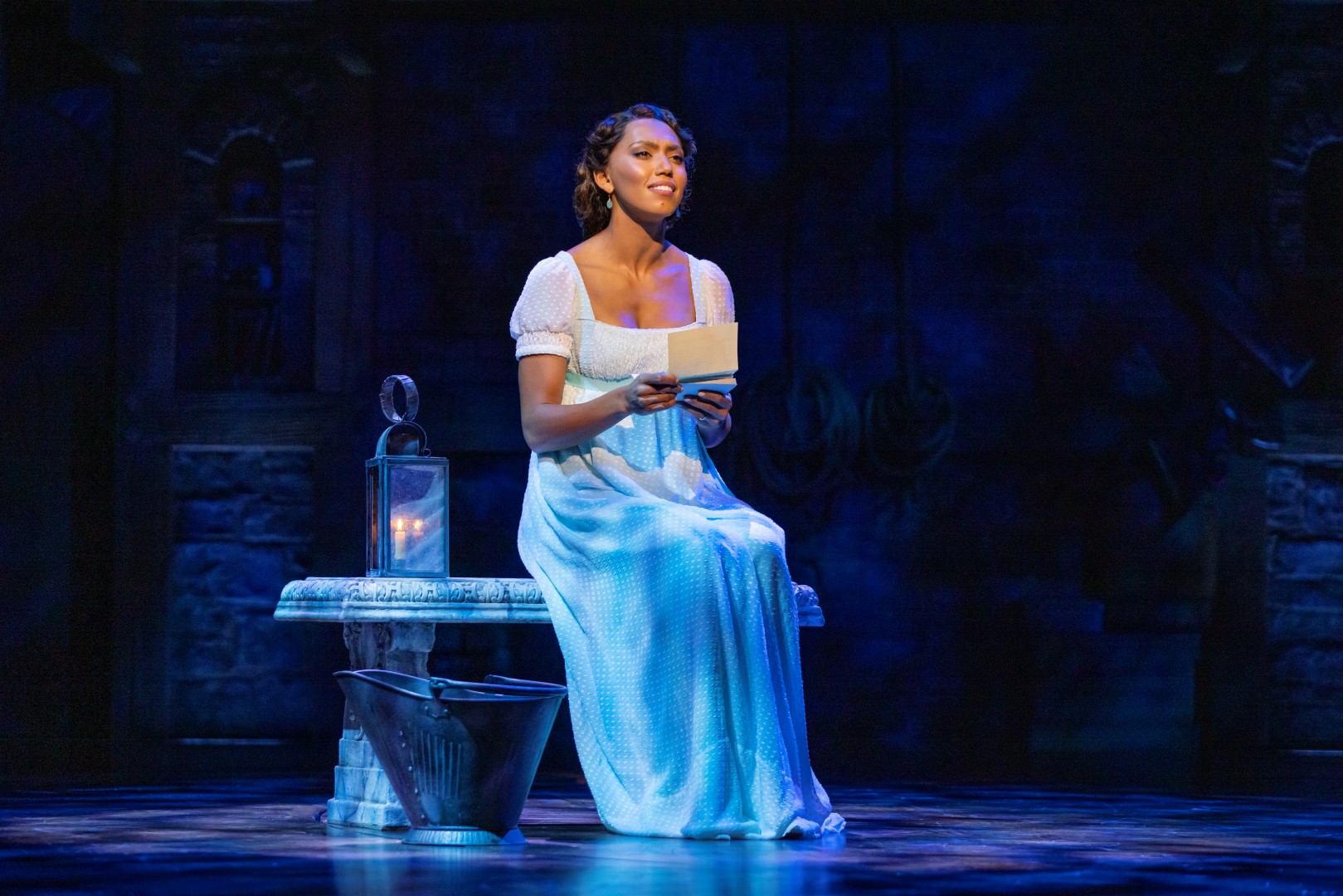 Accompanying the musical are the clever sets (a rotating turn style), costumes with a touch of modernity and lighting that help recreate the era in which Hamilton is set. While the sets are a little “earthy” and basic, the muted colour palette works well and creates an interesting contrast with the cast. Just be aware that the Hamilton set is a two tiered production (thankfully most of the theatre happens on the main stage), however some views of the upper set are blocked by the balcony if you are in the stalls. So ater watching the entire production, it’s easy to see why Hamilton the Musical won so man awards across the globe and Australian version not only captures the spirit and power of the original, it also adds its own lineage to this wonderful theatre show. 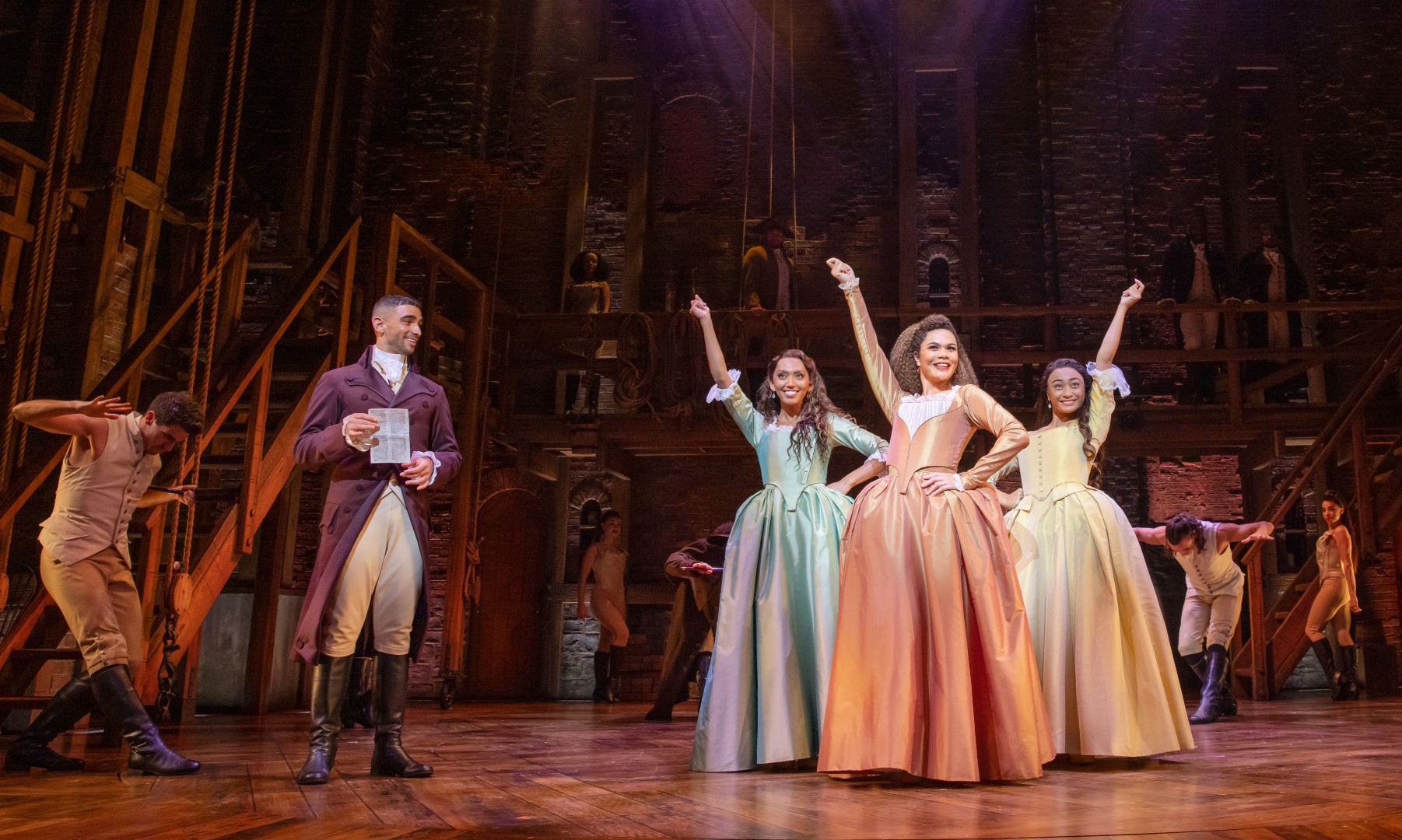 Hamilton is a fantastic theatre production from start to finish and its originality plus fabulous casting tick all the right boxes for this genre. Imagine Jesus Christ Superstar and the Book of Mormon had a child, it might Hamilton the Musical! 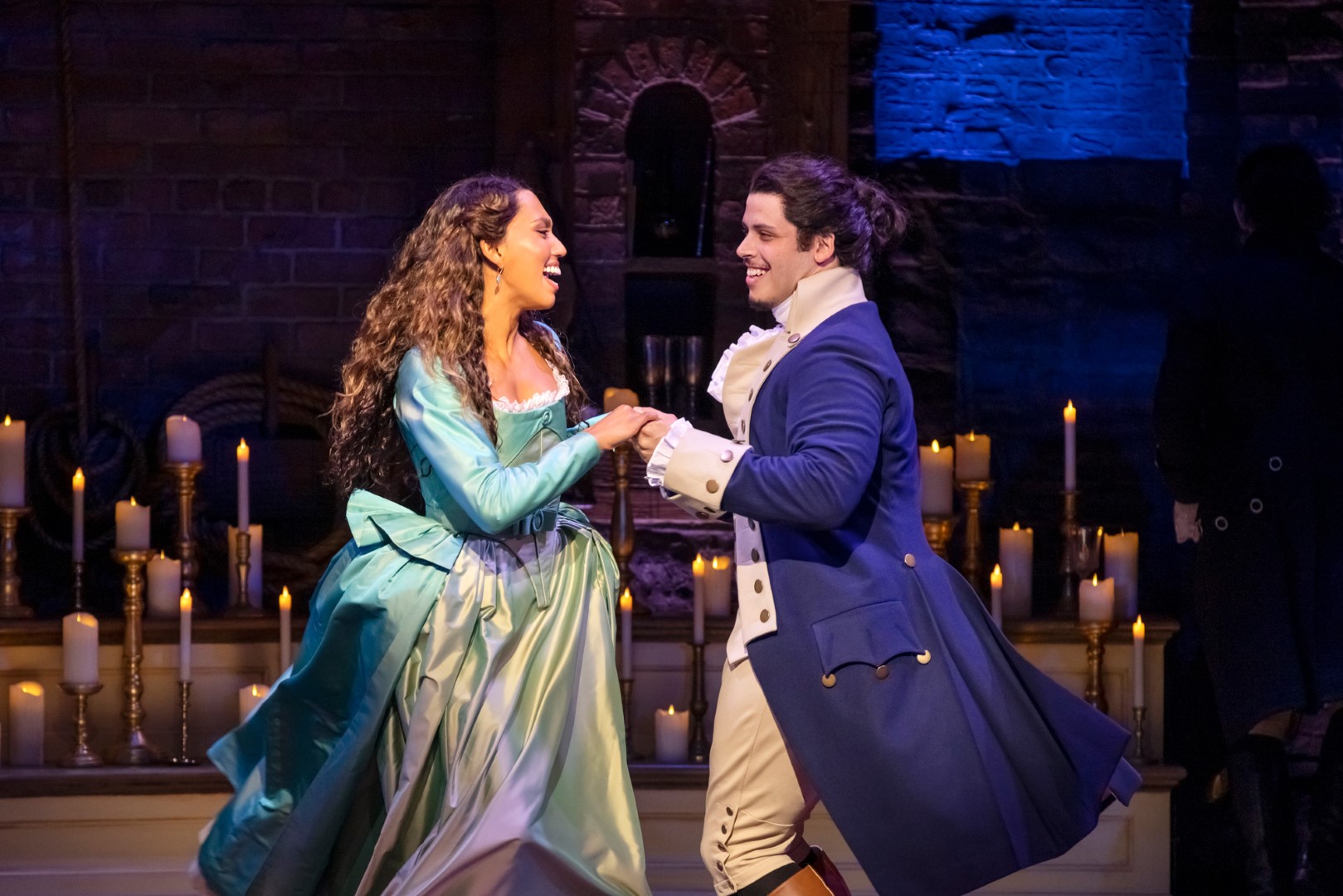 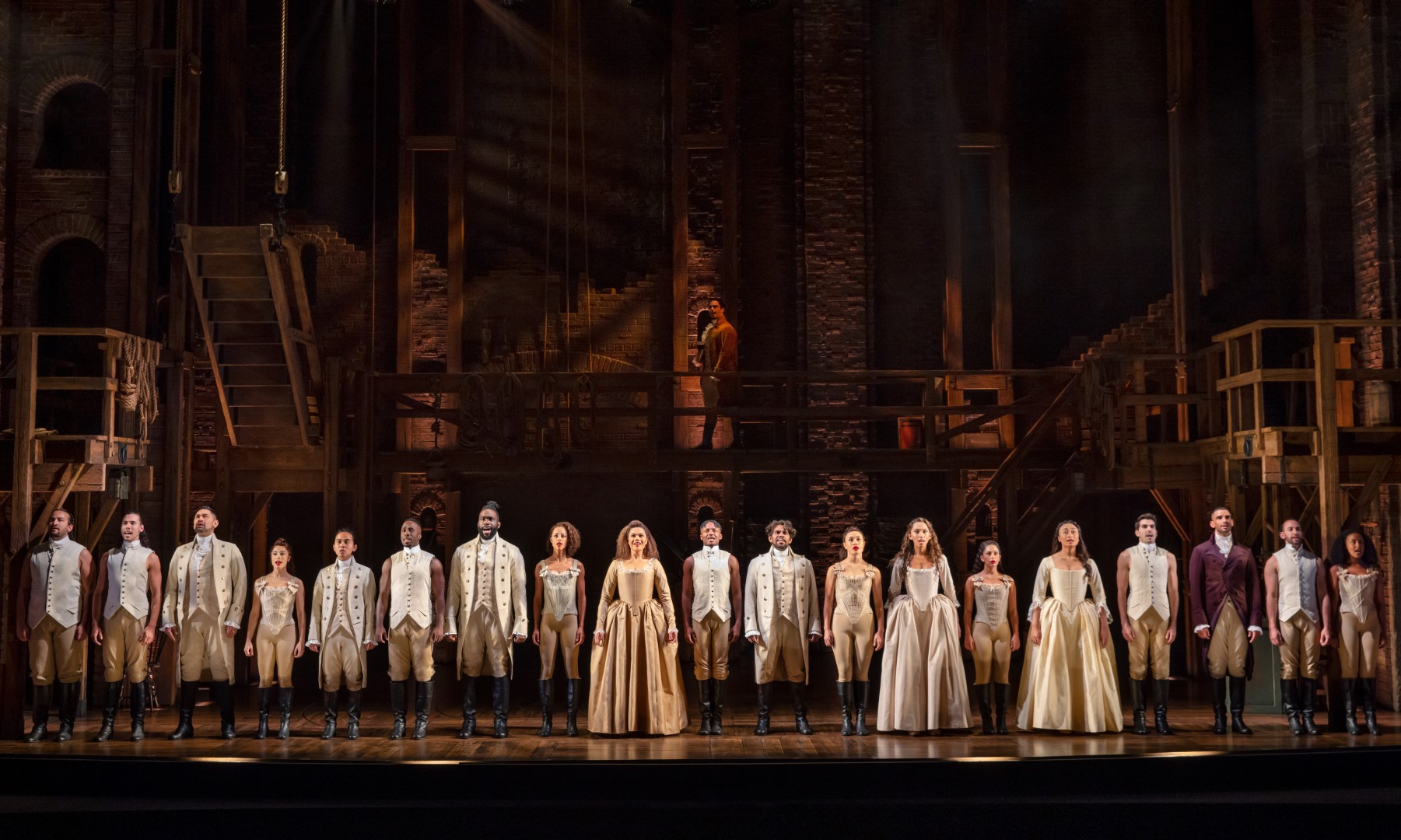 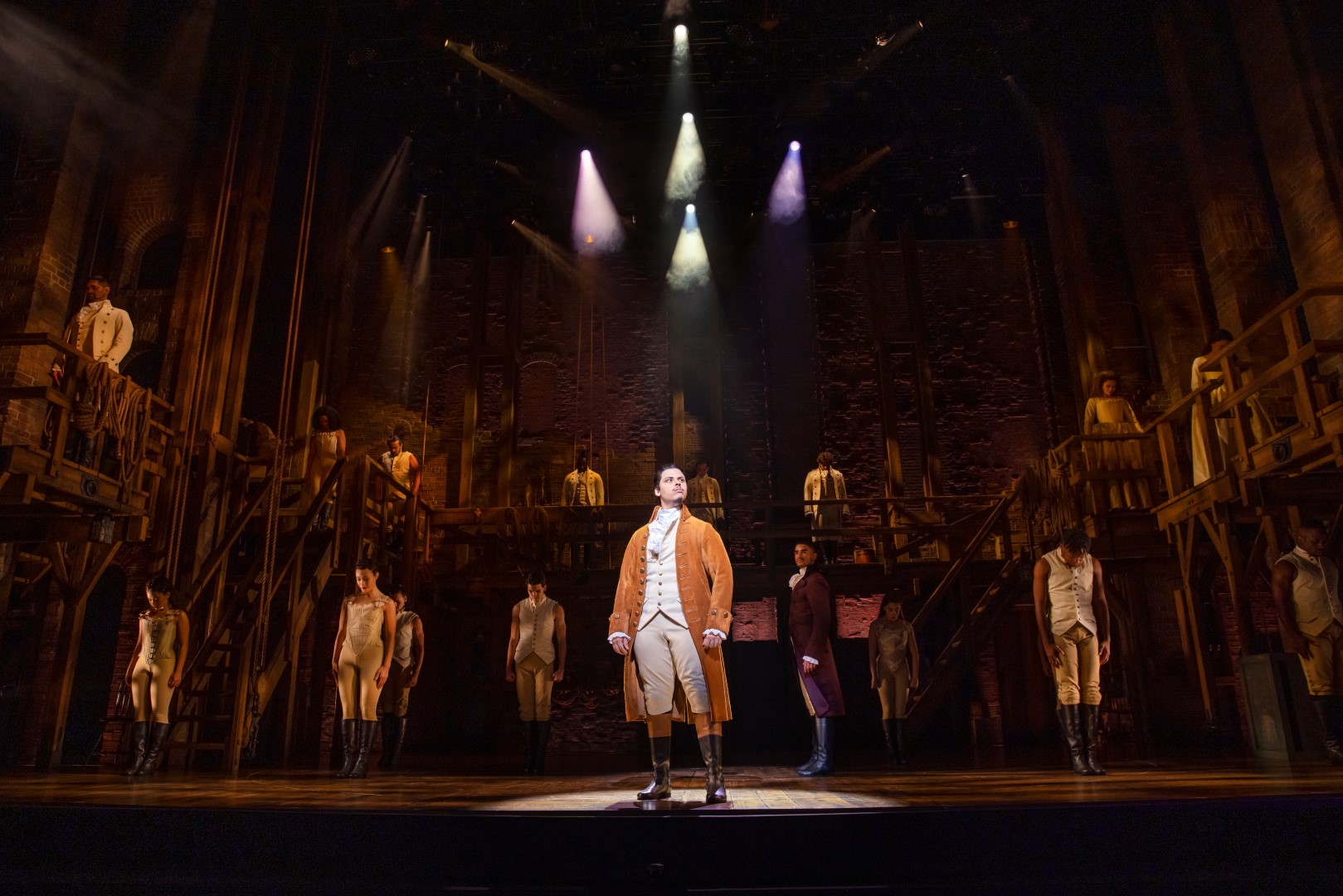 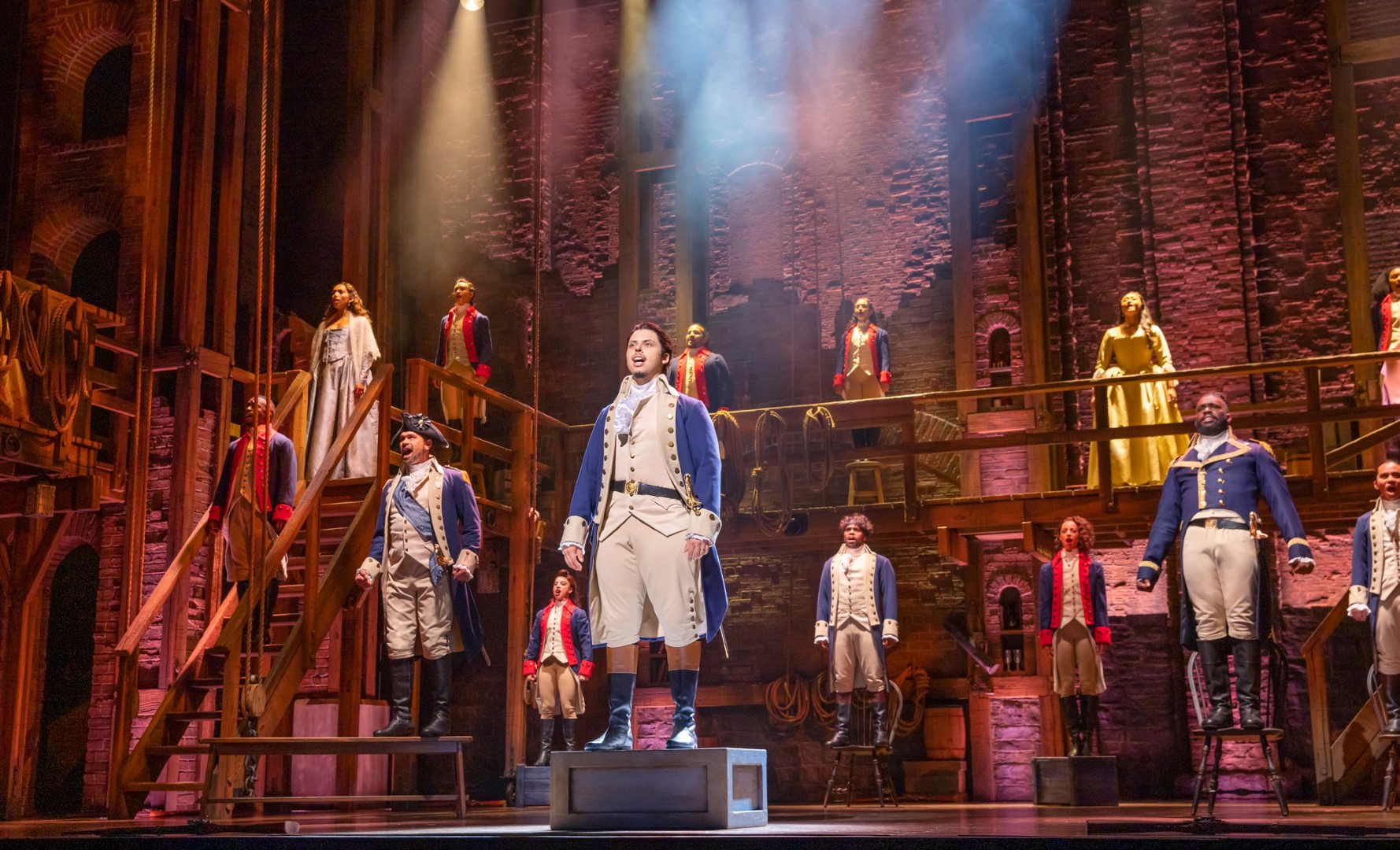 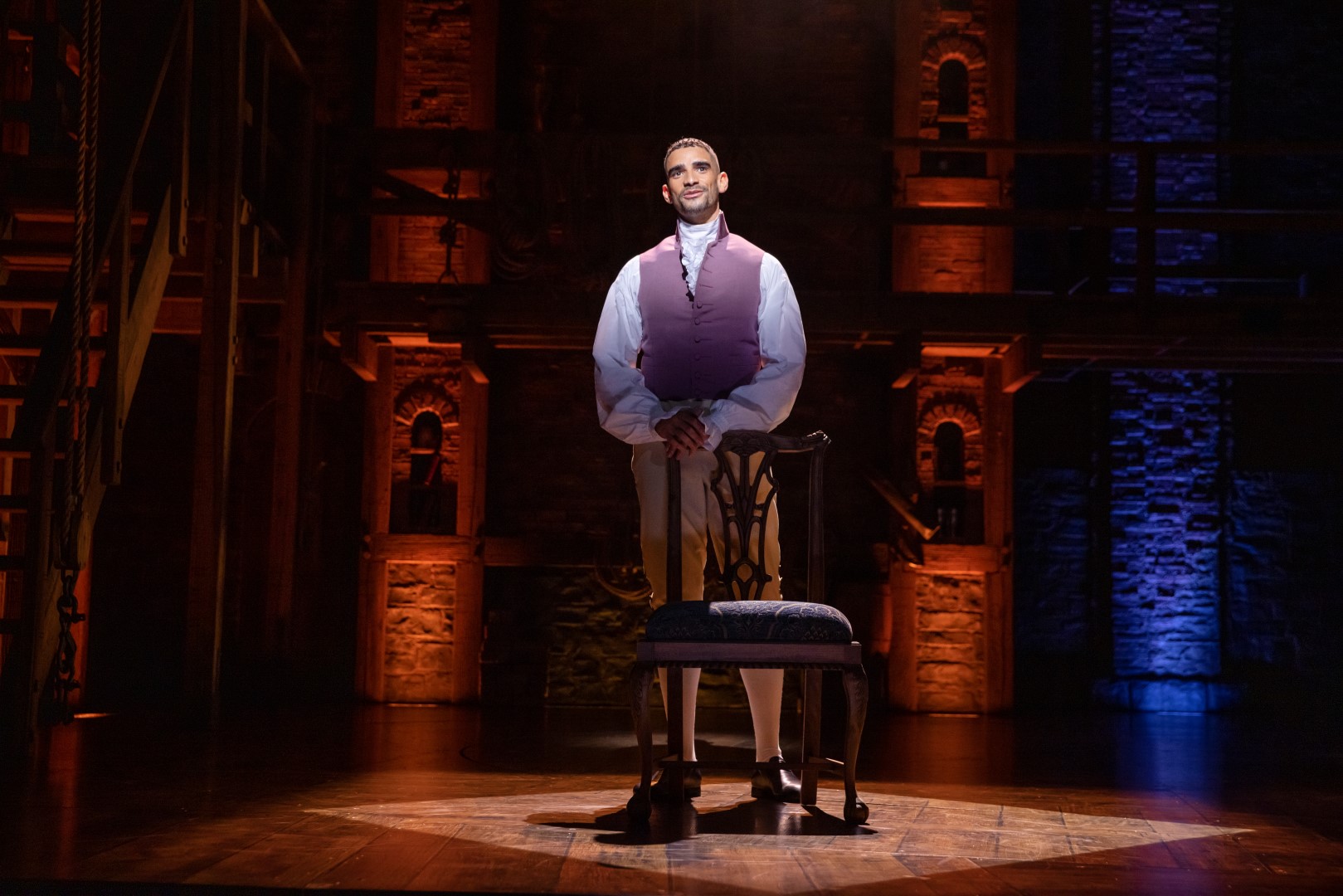