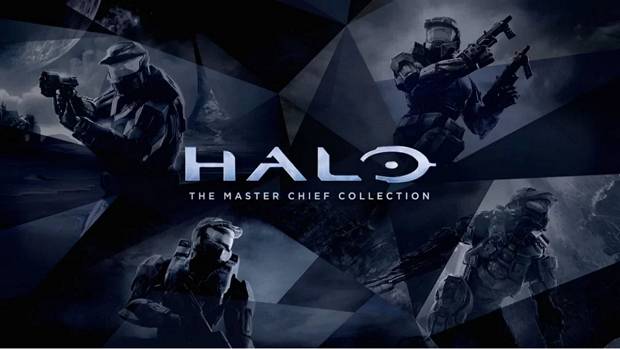 Summary: Finally Halo 3 is remastered in all it's glory. It's age showing, but not holding it back, not for a second. Halo is home again.

Halo 3 has finally made it to Halo: Master Chief Collection. Long awaited and coveted as the culmination of one; Master Chief Petty Officer, Spartan II, John 117. The game is not a remake, or a reskin, like Halo Combat Evolved and Halo 2 Anniversaries respectively. It’s simply a port of the game to the ever growing archive that is MMC. The game has instead had a face lift. On the surface, lines are sharper, backgrounds more detailed and effects are enhanced. Technically speaking, the game is fully optimized for PC. So how does it stack up 13 years later? Let’s Helljump in to things and find out! 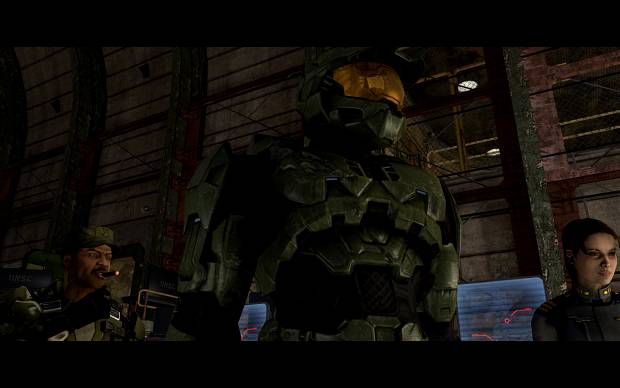 The story of Halo 3 begins thus. Master Chief John 117 aboard the Forunner Dreadnought on it’s departure from the assailed Covenant holy city; High Charity. Arrives at earth, where Covenant forces have almost entirely uncovered a Forunner facility, buried under the surface of Voi. Chief escapes the Forunner dreanought, nearly dying in the process. Sergeant Major Johnson and a team of marines later discovered Chief it dense forest. The Arbiter appears before them prompting the Master Chief to almost attack him. The two must work through their differences, the past and overcome the differences of race and war to stop the Prophet of Truth.

After a message from a very weak Cortana, Chief, Arbiter and the rest of this newly formed alliance, travel through a portal that Truth opened via the Forunner facilty. There they discover the ARK, the facility said to have control over all the remaining Halo rings. Following Truth, the pair worked their way through hoards of Covenant remnants. Clearing Forunner structure after structure. Cheif and co attack a set of shield generators protecting the control room, the Flood intervene and Johnson gets captured by Truth. Ultimately Chief and Arbiter are successfully disable a portion of the shield. Fearing they won’t reach Johnson in time, Miranda Keyes, daughter of Captain Jacob Keyes and friend of the Master Chief. Launches a surprise attack on Truth in attempt to rescue Johnson, it fails and she is killed by Truth.

The Flood, forming a temporary alliance with the Chief and Arbiter, assist them in stopping Truth before the rings are fired. Immediate after, the Gravemind, leader of the Flood, turns on them. Barely escaping the control room and guided by a hallucination of Cortana. The party discover an almost complete replacement ring for Installation 04 emerges from the confines of the Ark. Deciding to fire the installation, with 343 Guilty Spark’s help, John journeys into the heart of the ruined remains of High Charity, now infested with flood, to rescue his AI companion, Cortana.

With her help, but at the cost of Sergeant Major Avery Johnson. The group climb the slope to the control facility and initiate the firing sequence. Destroying 343 Guilty Spark in the process, who had attacked and killed Johnson at the realisation that firing the ring prematurely would destroy both his installation and the Ark. The duo retreat, with Cortana in tow, to the Forward Unto Dawn. And escape the explosion of the detonating Halo. The Arbiter makes it back to Earth, but Chief is left stranded in space. Game over? 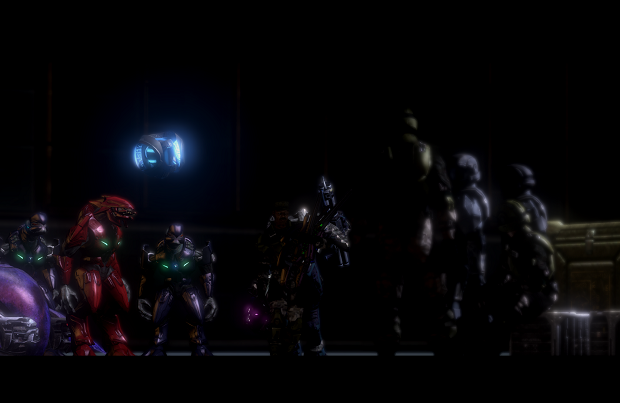 Does the game still stack up thirteen years later? The answer, yes. Halo is a timeless classic, the series has been reborn through it’s anniversary remakes and the subsequent rehash of Halo 3.

Technically speaking, the game is the same. Same story, same multiplayer. Same everything. I definitely feel like Halo 3 has been optimised for PC. With updated, albeit still outdated graphics. Frame rate increases, procedural generators, performance enhances and more. Nothing has been drastically changed, but has gone through light upgrades to breathe some life into the aging beauty. Procedural generation makes for seamless play, keeping focus on things in close proximity so as not to overload the system. This has improved frame rates, ping and overall smoothness. The simple act of firing your gun, or throwing your grenade, mounting an enemy vehicle or piloting one of your own, all feel crisp and clean. The game really feels at home on PC.

There’s a list of features that came wrapped up in beautiful wrapping paper along with Halo 3. Forge mode is back. Featuring Halo Reach, Halo 2 Anniversary and Halo 3. The new Forge mode offers some new features in itself; object physics, rotation, co-ordinate snap and precision edit tools. Halo 3 and reach have increased pallet sizes and budgets, allowing for bigger maps with more things in it. An updated season unlock, with non-linear unlocks per page. Allowing you to unlock things you want, instead of waiting to earn them by consistent level ups.

The updated season contains new name plates for use in MCC, weapon skins and vehicle skins. Challenges are now live, so earning levels, ranks and unlocks are so much easier now. These challenges include campaign, firefight and multiplayer challenges, plenty of skill levels too, so just about anyone can get into it for some neato loot. The team also added a new skull into the mix, the Acrophobia skull.

As you’d think, it’ll make your enemies fear heights. Because what’s worse, than the strongest, armed to the teeth Spartan II? A flying, strongest, armed to the teeth Spartan II. Yep, you guessed it, the Acrophobia skull allows the player to fly. Now you can reach areas of the map only glitches gave you access to before, giving an almost new feeling to playing the game. This will be especially handy in those Legendary runs, granting you more freedom of movement and tactical advantages. 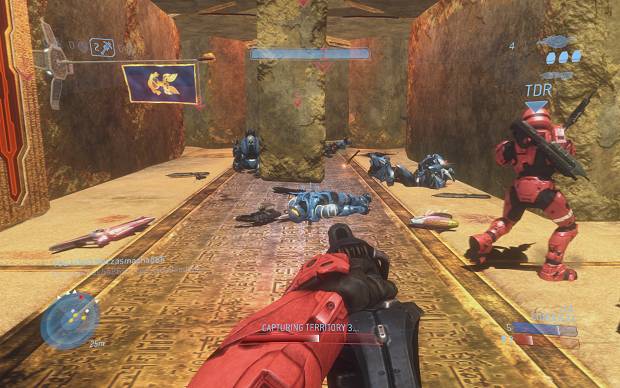 Graphically, the game is both leagues ahead of it’s original release and also not. Age rears it’s ugly head in the form of character art. One aspect the game really brought life to is the backgrounds. For a lot of the scenery and backdrops in original Halo 3, so much had to be covered up by smoke, smog, shroud, you name it.

If you zoomed on them a lot of the time they were 2D objects, some textures were really quite low. At the time this was passable for the hardware. With the port to MCC, backgrounds just pop. Clouds look layered, distant buildings clearer. There’s a shot where shipmaster Rtas ‘Vadum zooms in on his carrier the Shadow of Intent. You get a really good shot that shows that the Assault Carrier is incredibly well detailed. I found that weapon detailing received some love too, most notably, the Plasma Rifle. Some other enhancements include; lining, lighting, shading, .

Audio has actually changed much at all, however the score, as always, is beautiful. It’s a real shame that Marty O’Donnell and Bungie parted ways in later years. Because his talent as a composer really shined in Halo 3. From the quiet beat and ambiance of Sierra 117, accurately capturing the first playable section of the game sneaking through the dense forest.

Halo is a timeless classic, the game ages like a fine wine.

To cracking the skulls of sleeping Grunts while soft relaxing music comes over the speakers. To the epic climax of tearing across the surface of Installation 04 as it falls apart, with the iconic Halo theme as a backdrop to spur you on. The bass pulse of a Plasma rifle, the crackle of an SMG, the echo of a sniper rifle, the hum of a ghost, the grumble of a warthog. All of these have been enhance to have more impact.Voice lines are much the same, there’s no alterations. Just the same lines, delivered in better sound. It hasn’t changed much in the way of effect, because the voice acting in Bungie’s trilogy has always been good in my opinion. 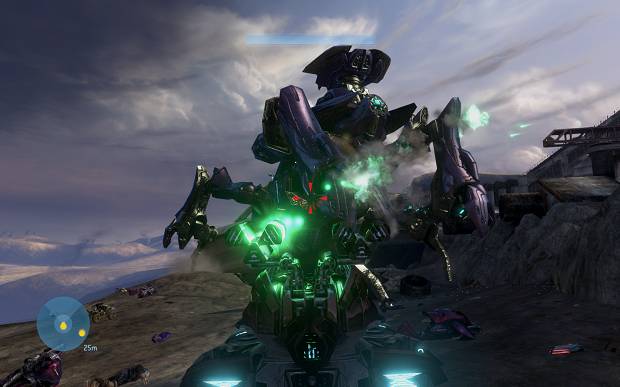 At the end of the day, I do have some minor gripes, mainly with graphics. My wish is that it were a remake instead of a remaster. I can understand the complications with doing so. But after the successful total renewal of the graphics for both Halo CE and 2. It’s like Halo 3 is going to be that weird, unloved, third child that happened because of an accident. I also kinda wish there was more things added in, the new season are mostly just campaign skins and vehicles and titles to brag about.

I would have liked to see some weapons or vehicles get alternate versions, even if aesthetic in appearance. It’d be great to see some silly stuff, like change the players appearance to their own Spartan II used in multiplayer or something. A third person option, big head mode, shading options for levels. Maybe incoporate some elements of what you can do in Forge mode.

Heck, maybe even a custom campaign mode, where you play the campaign as normal. But alter the terrain, weapon placements, enemy types and so on. Players always want more. Though I am happy and I’m sure many others are too. Halo 3 on MCC now completes Bungie’s Master Chief saga. With it, we got some cool new updates. I can’t wait for them to add Halo 3 ODST in future. I hope there are many more updates and additions on the road to Halo Infinite. 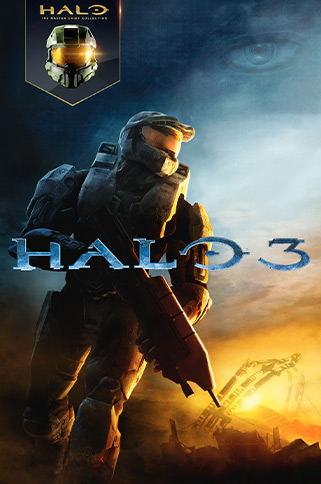