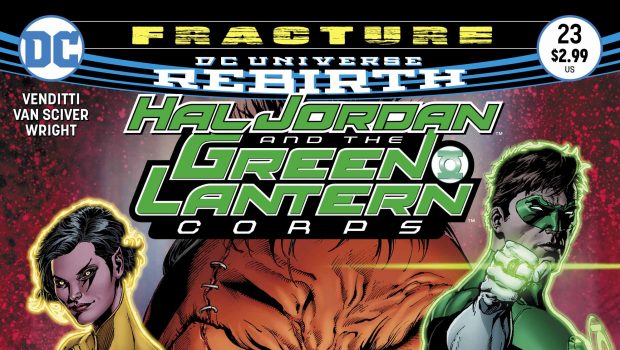 Summary: The Green Lantern Corp and the Sinestro Corp are still working together... but for how long?

The working relationship between The Green Lanterns and Sinestro Corp seems to be holding… but with a Green Lantern accused that partnership could come crashing down very quickly. Hal Jordan rushes to defend the Green Lantern while Guy Gardner and his new partner Arkillo head off on a mission that if successful could stop the two groups from coming to blows. 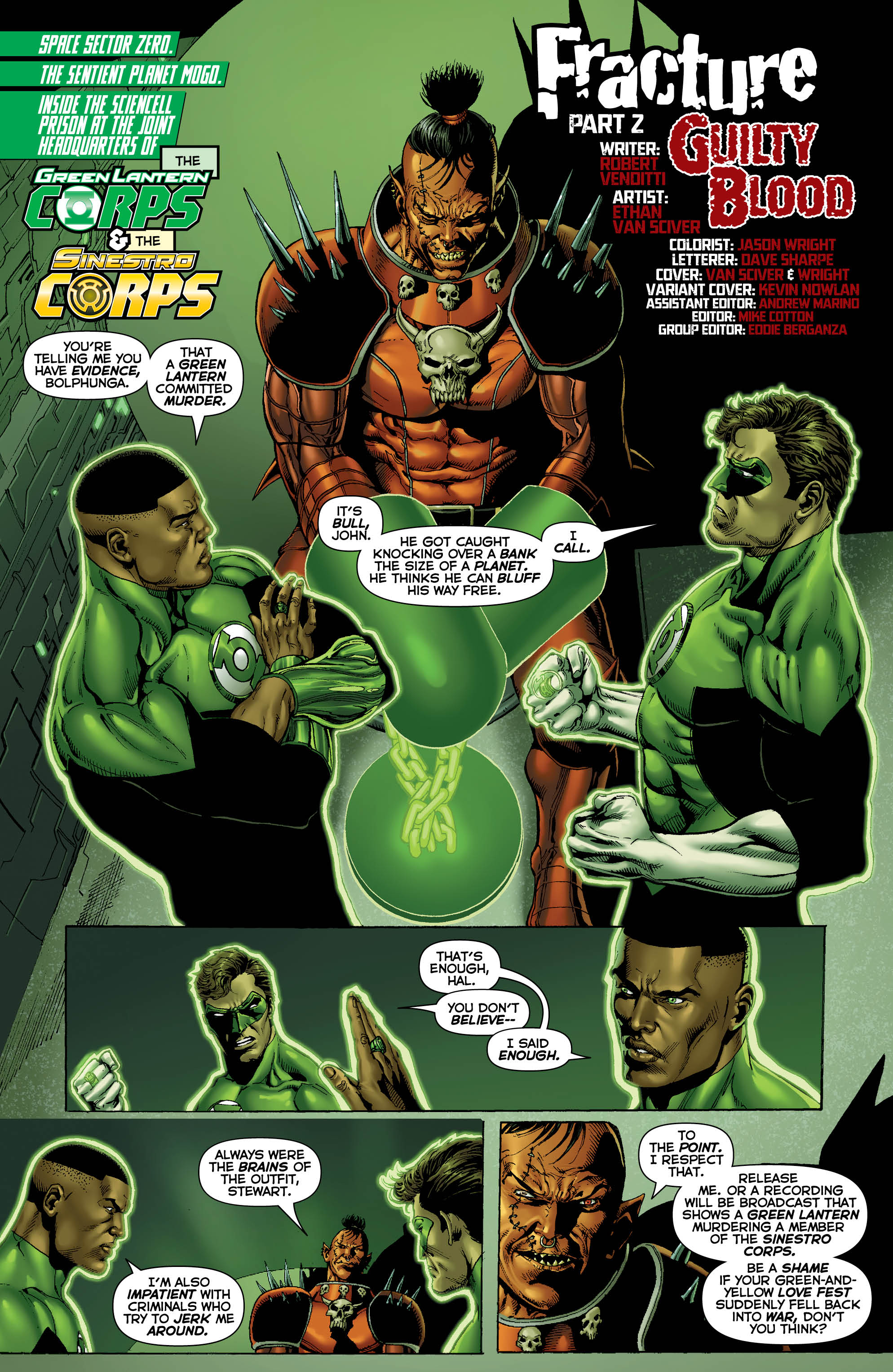 It’s always going to be tense when you put former enemies together in a working relationship. Well intended though it might be… the relationship between the Green Lanterns and the Sinestro Corp is fragile and with a Green Lantern under suspicion of murder… things could turn sour very quickly. But not all Green Lantern’s and Sinestro Corp members have trouble working together… Guy Gardner and Arkillo find they have a common interest in storming a stronghold… that interest being raising some hell! But there is far more going on than just murder conspiracies… who knows where things may go. 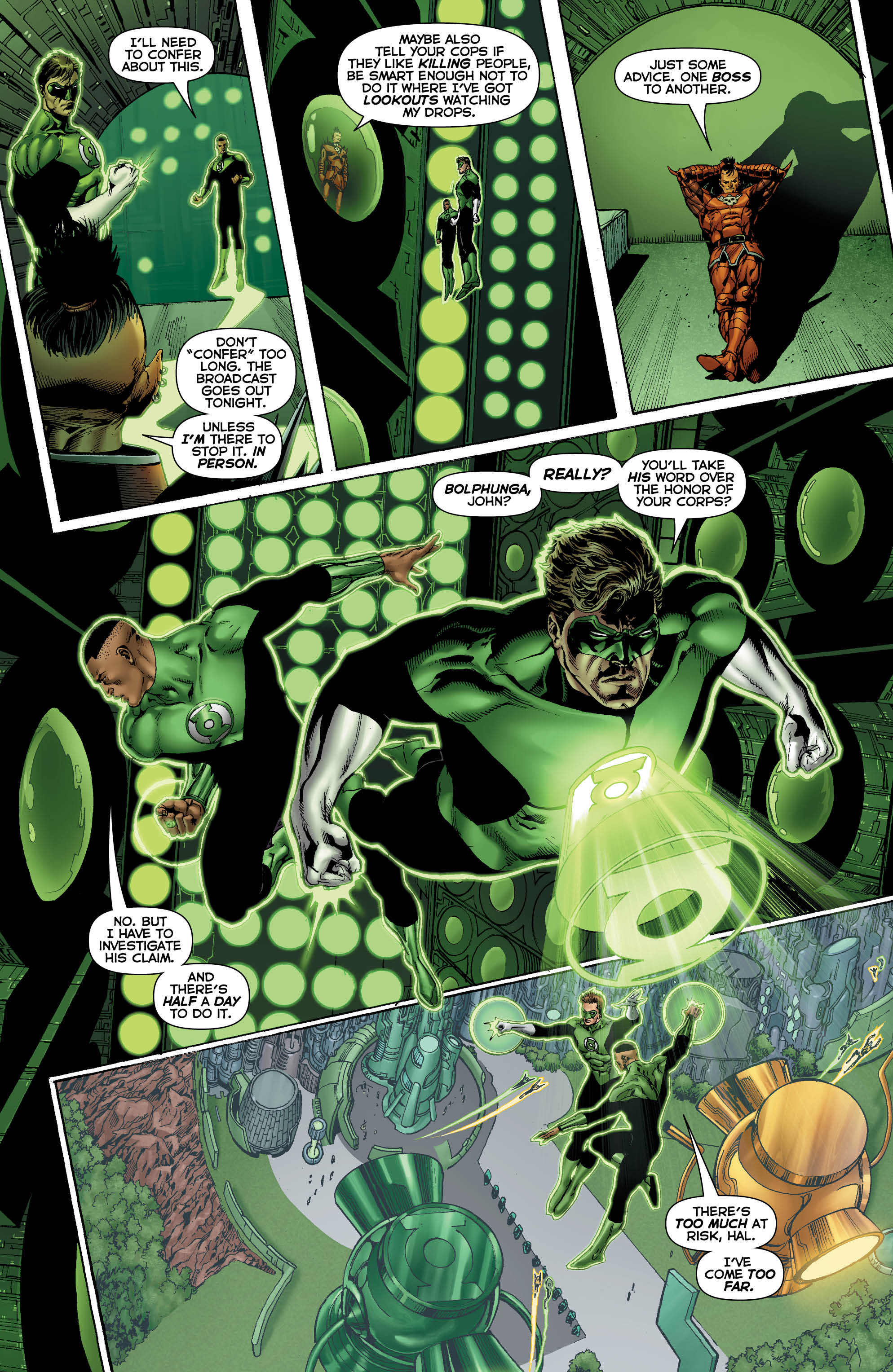 The Green Lantern’s afford the creators a playground that is about as vast as the mind. A Lantern wants to bring down a building… give them a giant hammer… need to intimidate a witness… conjur a cinder block. There’s a lot of fun to be had with the characters and with colours playing such an integral role in the world of the Lantern’s there’s also a lot of opportunities to play with the subtle tones and less subtle flares to really drive the emotion of the story. 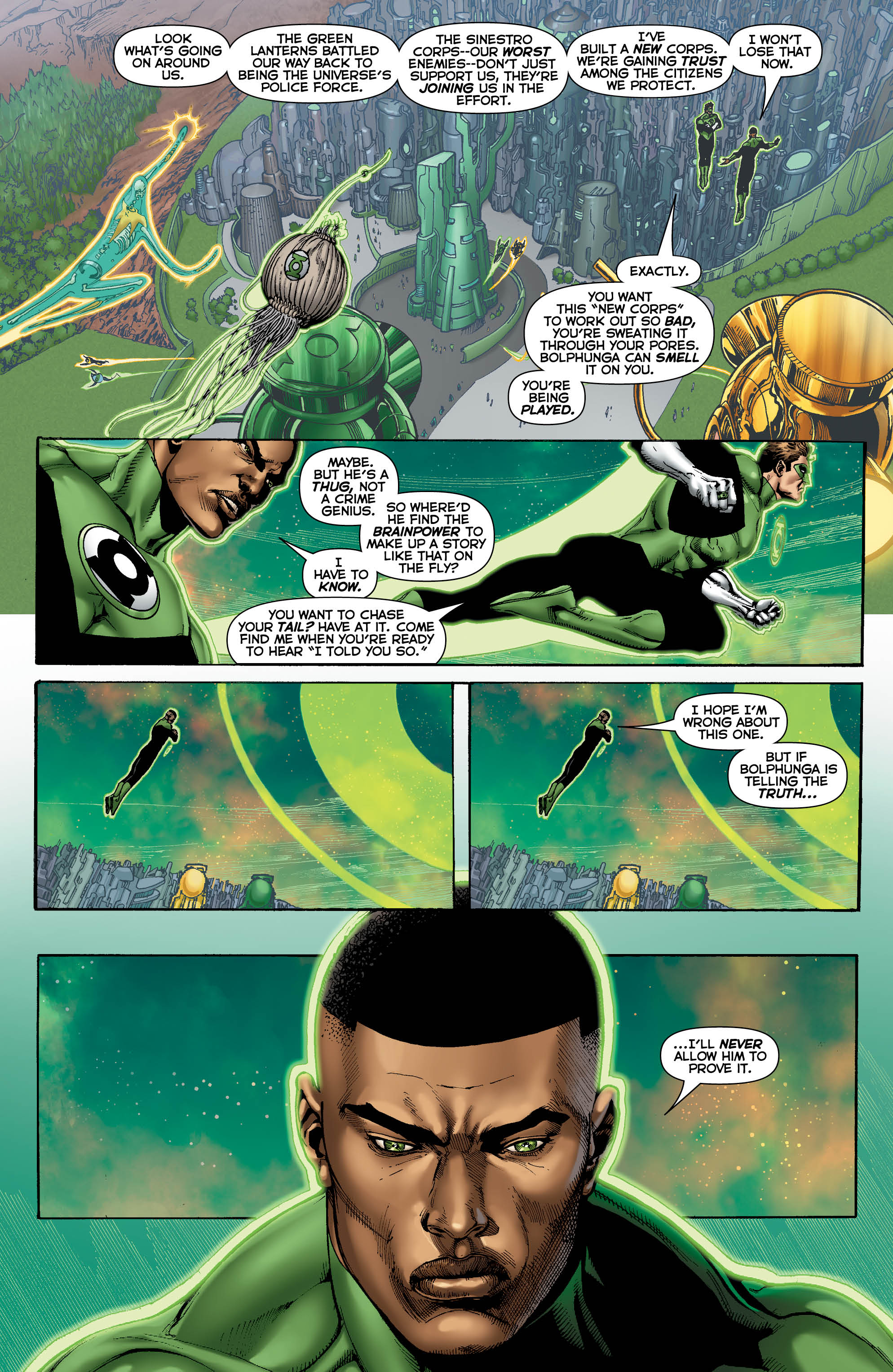 At the end of the this story the working relationship between the Green Lantern’s and the Sinestro Corp could still go either way… but we know a lot more at the end and that creates more questions… nail biting may be mandatory. 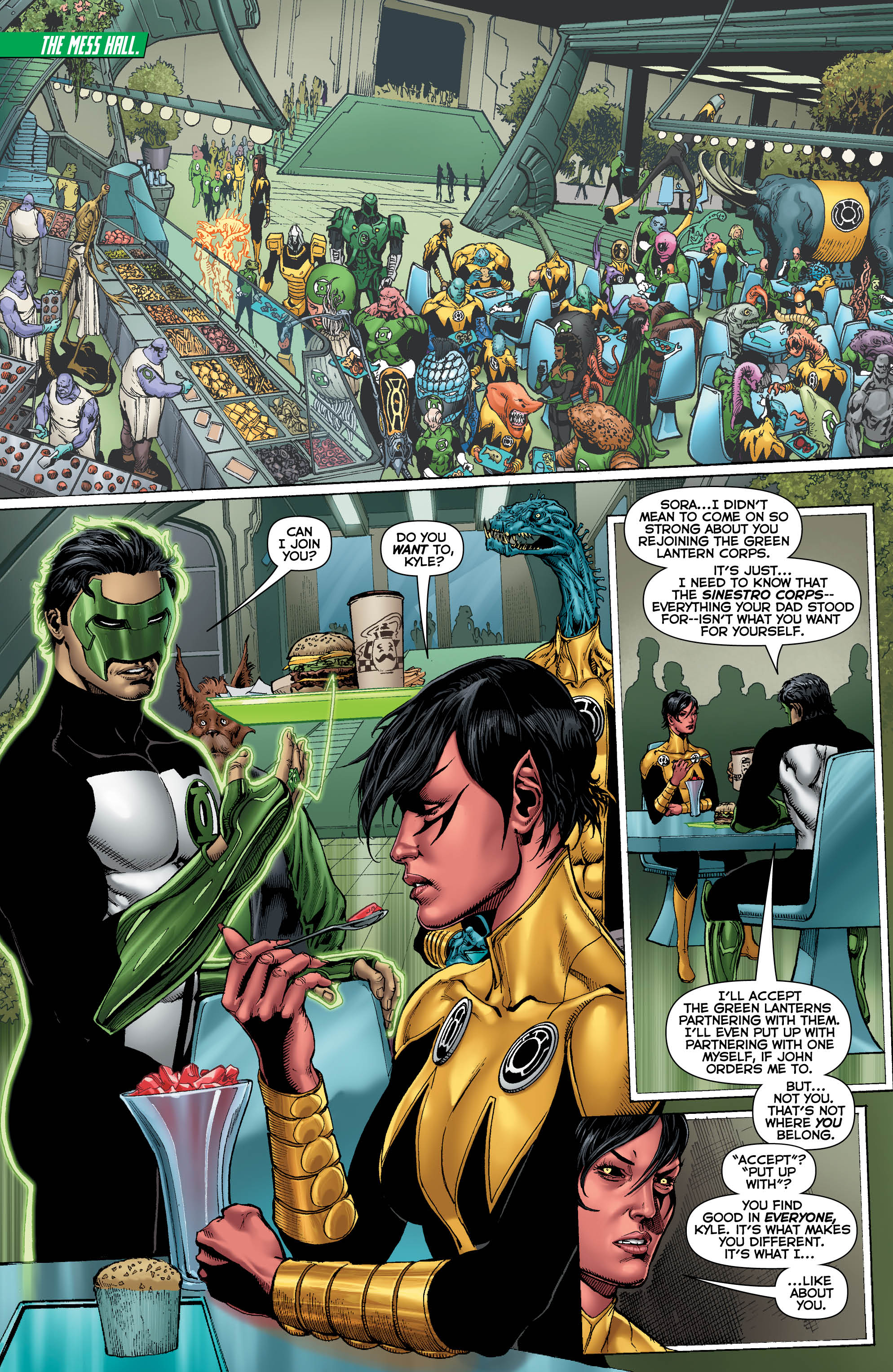