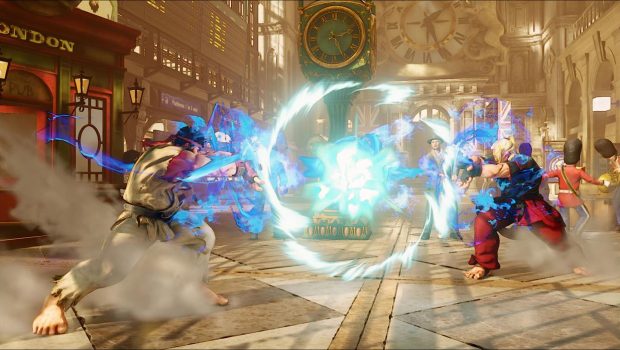 Australia’s largest Street Fighter video game tournament comes to BINGEFEST, the Sydney Opera House’s new 24-hour festival on Sunday 18 December. The game masters of pro fighter collective OzHadou will set up their joysticks in the Joan Sutherland Northern Foyer, free to the public. Casual players can settle into open heats and enjoy a friendly match on PlayStation 4 consoles and Samsung Quantum dot SUHD TVs, and the final eight will spar on the big screen in a grand finale death match overlooking Sydney Harbour.

SAMSUNG AND AIRBNB AT BINGEFEST
BINGEFEST Event Partner Airbnb will be handing out free cereal on Sunday from 5.30 – 7.00am after the Buffy Binge-a-thon in the Western Foyer, telling the story of how two designers seed-funded the company by selling novelty cereal boxes.

Sydney Opera House Principal Partner Samsung will also be on-site to celebrate the art of bingeing, pop culture, gaming and the internet with special guests.

For those who need to escape the heat and the ‘sonic boom’:

Insta-famous Redfern Convenience Store will be supplying snacks all night.

Artists Shia LaBeouf, Nastja Säde Rönkkö and Luke Turner present a new participatory performance artwork, which will take place over two successive nights, from midnight until 6am, and 10pm until 6am.

“The Writers’ Room” will be a rare behind-the-screen foray by some of the best brains creating great television around the world, featuring Josh Thomas (Please Like Me), Dan Harmon (Community / Rick and Morty), Celia Pacquola (Utopia, The Beautiful Lie) and Luke McGregor (Utopia, It’s A Date, Rosehaven).

“All The TV You Should Have Watched By Now” will give audiences the chance to get up-to-date recommendations on the best of television, presented by American pop culture experts and obsessives, The AV Club. The AV Club will also host a binge-watching night celebrating the 20th anniversary of Buffy the Vampire Slayer with the Buffy Binge-a-thon, exploring how Buffy changed television for the better.

Creator of Serial, the spin-off of pioneering podcast This American Life, Julie Snyder, will discuss “Binge-worthy Journalism.” The first season of Serial, hosted by Sarah Koenig, followed the story of Adnan Syed – who was found guilty of his ex-girlfriend’s murder in 2000 – through the twists and turns of trials and mistrials. Serial not only revolutionised episodic audio narrative forms and earned itself a Peabody Award in 2015, it has led to a retrial of what is now an infamous case.

Jad Abumrad is the co-creator and host of award-winning public radio program and podcast Radiolab, a show that celebrates curiosity, illuminates ideas, and blurs the boundaries between science, philosophy and human experience. At BINGEFEST, Abumrad – a composer and ‘certified genius’ according to the Macarthur Foundation – will discuss how the visceral, negative feeling of “Gut Churn” can help propel artists forward in their work.

BINGEFEST is the latest in a string of festivals that have helped map and shift our collective culture over the last decade, from Vivid LIVE, the Festival of Dangerous Ideas and GRAPHIC to All About Women.