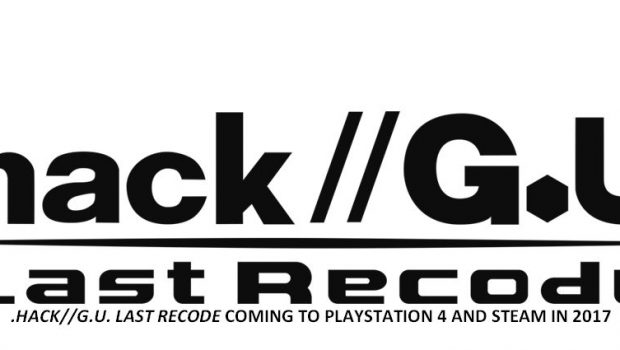 .hack is a multimedia franchise created and developed by famed Japanese developer CyberConnect2. Comprising of video games, anime, novels, and manga, the world of .hack focuses on the mysterious events surrounding a wildly popular in-universe massively multiplayer role-playing game called The World.  .hack//G.U. begins after the events of the original .hack series with players assuming the role of Haseo as he tracks down a powerful Player Killer named Tri-Edge who killed his friend’s in-game avatar Shino, and put her in a coma in real life.

In addition to offering the .hack//G.U. trilogy, .hack//G.U. Last Recode will also include enhanced battle balance and game pacing to provide an optimal experience as well as a new Cheat Mode allowing players who want to just enjoy the story to start the game with full stats.

“The .hack series has been one of the most acclaimed series in the history and we are excited to announce this definitive experience for those who loved the original games and those who haven’t experience them yet,” said Antoine Jamet, Brand Manager Bandai Namco Entertainment Europe. “With the new features that will be part of the title, fans will experience .hack//G.U. like never before with .hack//G.U. Last Recode!”

.hack//G.U. Last Recode will release for the PlayStation 4 system – physical and digital – and STEAM in late 2017.