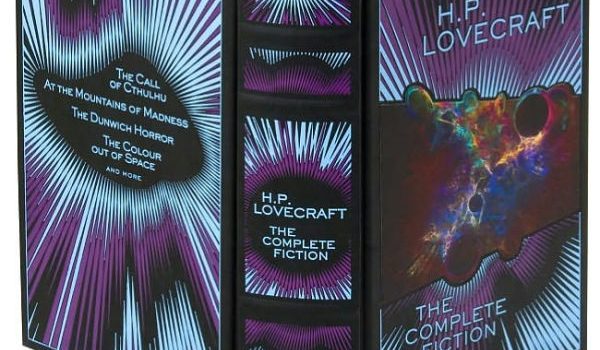 Summary: H.P. Lovecraft: The Complete Fiction successfully collects and celebrates this amazing author whose legacy still continues to this day.

If you’re looking for a definitive entry into the dark mind and stories of the legendary H.P. Lovecraft, then you have come to the right place with the beautifully presented H.P. Lovecraft:  The Complete Fiction that looks like a book from yesteryear. 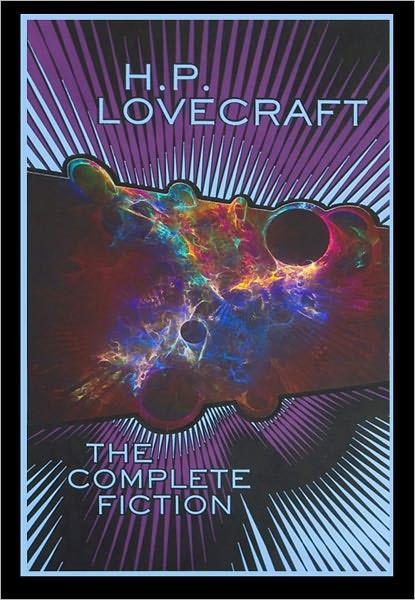 Of course if you know anything about H.P. Lovecraft, the presentation of this book really suits the content and features some of his most popular work such as “The Nameless City”, “The Dreams in the Witch House” and of course, “The Call of Cthulhu” which are twisted tales about ancient horrors who have come back to taunt and haunt the world of men again.

I have said that I dwelt apart from the visible world, but I have not said that I dwelt alone. This no human creature may do; for lacking the fellowship of the living, he inevitably draws upon the companionship of things that are not, or are no longer, living.
– The Tomb

At its core, this leather bound book is a collection of short horror stories which give you a great snapshot into the works of this H.P. Lovecraft with many stories revolving around the torment of men and their ancient antagonists who walked the world when man did not exist. 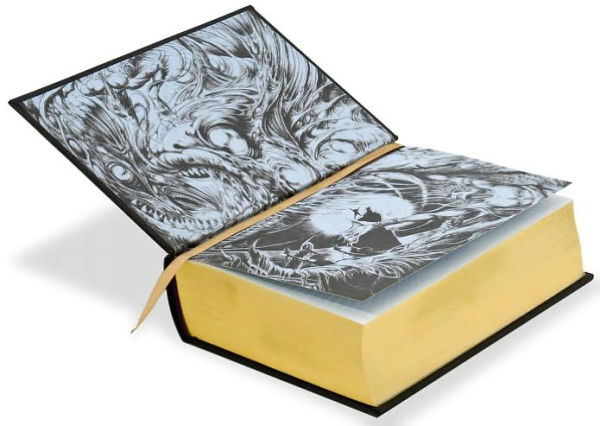 Needless to say, Lovecraft was ahead of his time and as a result, these short stories actually hold up rather well today as the writer incorporates these horrors into the late 19th and early 20th centuries. Interestingly during his time of this writer, he faced quite a bit of rejections from publishers due to the content of his stories and much of these concepts are still incorporated into the fictional genre of today from comics to novels, TV and of course the motion picture industry.

Of such great powers or beings there may be conceivably a survival . . . a survival of a hugely remote period when . . . consciousness was manifested, perhaps, in shapes and forms long since withdrawn before the tide of advancing humanity . . . forms of which poetry and legend alone have caught a flying memory and called them gods, monsters, mythical beings of all sorts and kinds…
– Call of Cthulhu

The only drawback that I found is that some of the writing does feel a little dated and contrived that as a result, certain stories do become a little predictable but what fascinates me the most about Lovecraft is how he came up with these ideas and the dark antagonists of his stories… truly fascinating to say the least and I’m guessing that some of his nuances came from real-world experience that he melded into fiction.

In terms of content, H.P. Lovecraft:  The Complete Fiction includes the following tales of woe and cosmic horror;

The Nameless City
The Festival
The Colour Out of Space
The Call of Cthulhu
The Dunwich Horror
The Whisperer in Darkness
The Dreams in the Witch House
The Haunter of the Dark
The Shadow Over Innsmouth
Discarded Draft of “The Shadow Over Innsmouth”
The Shadow Out of Time
At the Mountains of Madness
The Case of Charles Dexter Ward
Azathoth
Beyond the Wall of Sleep
Celephaïs
Cool Air
Dagon
Ex Oblivione
Facts Concerning the Late Arthur Jermyn and His Family
From Beyond
He
Herbert West-Reanimator
Hypnos
In the Vault
Memory
Nyarlathotep
Pickman’s Model
The Book
The Cats of Ulthar
The Descendant
The Doom That Came to Sarnath
The Dream-Quest of Unknown Kadath
The Evil Clergyman
The Horror at Red Hook
The Hound
The Lurking Fear
The Moon-Bog
The Music of Erich Zann
The Other Gods
The Outsider
The Picture in the House
The Quest of Iranon
The Rats in the Walls
The Shunned House
The Silver Key
The Statement of Randolph Carter
The Strange High House in the Mist
The Street
The Temple
The Terrible Old Man
The Thing on the Doorstep
The Tomb
The Transition of Juan Romero
The Tree
The Unnamable
The White Ship
What the Moon Brings
Polaris
The Very Old Folk
Ibid
Old Bugs
Sweet Ermengarde, or, The Heart of a Country Girl
A Reminiscence of Dr. Samuel Johnson
The History of the Necronomicon

For those who have never read H.P. Lovecraft before, this book is a great place to start as it successfully captures the highlights from this master of horror and best of all, the formatting of H.P. Lovecraft:  The Complete Fiction and the stories allows you to engage in these tales at your own pace… and perhaps own risk! 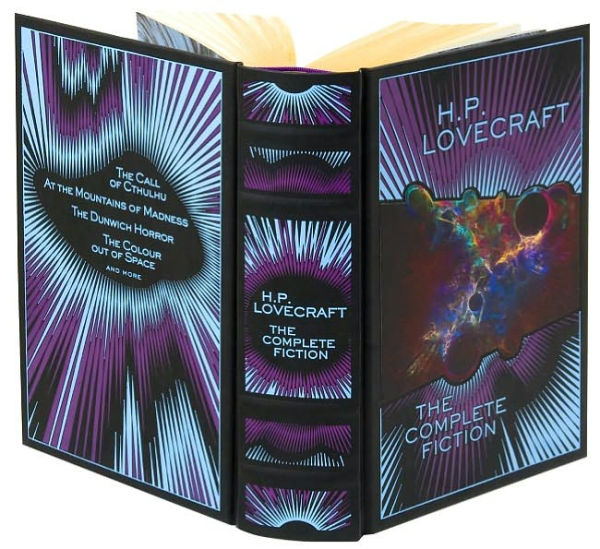 I was now shaking with a deadly fear, and the bearded man almost had to hold me up as he walked me across the room to the mirror, the faint lamp (i.e., that formerly on the table, not the still fainter lantern he had brought) in his free hand. This is what I saw in the glass…
– The Evil Clergyman