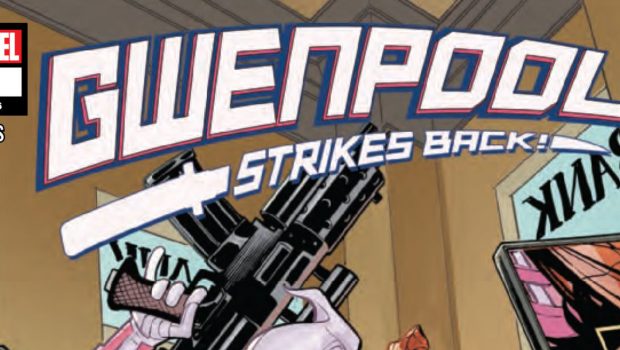 Summary: Not a female Deadpool or Gwen Stacey... but a lot of fun and a lot like Deadpool... in that she's a lot of fun!

She’s not Deadpool, or Gwen Stacey… she’s Gwendolyn Poole a super comics fan from our world who has no intention of coming back… but in order to not disappear into comic obscurity she has to stay relevant and interesting… so that means shaking up the Marvel Universe. 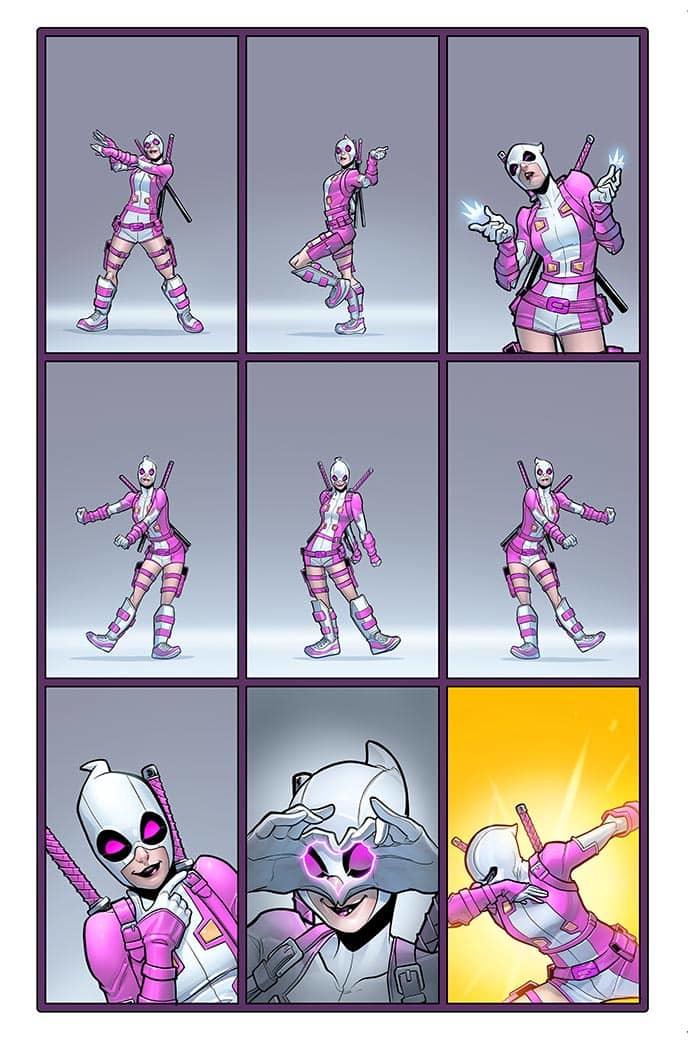 Look… it’s the short and lazy way to explain this… but Gwenpool is very similar to Deadpool but in a female form. But that’s not a bad thing at all… the similarity is in how enjoyable the character is and their ability to not just break the fourth wall but to completely ignore there is even meant to be one. Making Gwendolyn Poole a comic fan who has become a comic character (all while retaining her self awareness) is a brilliant bit of writing. The ability to not only play on comic tropes but to use that situation as the catalyst for wild and crazy antics is brilliant and is exactly what we are witnessing here. The whole notion of having to pull off some crazy stunts to avoid fading into comic limbo makes perfect sense… in context. 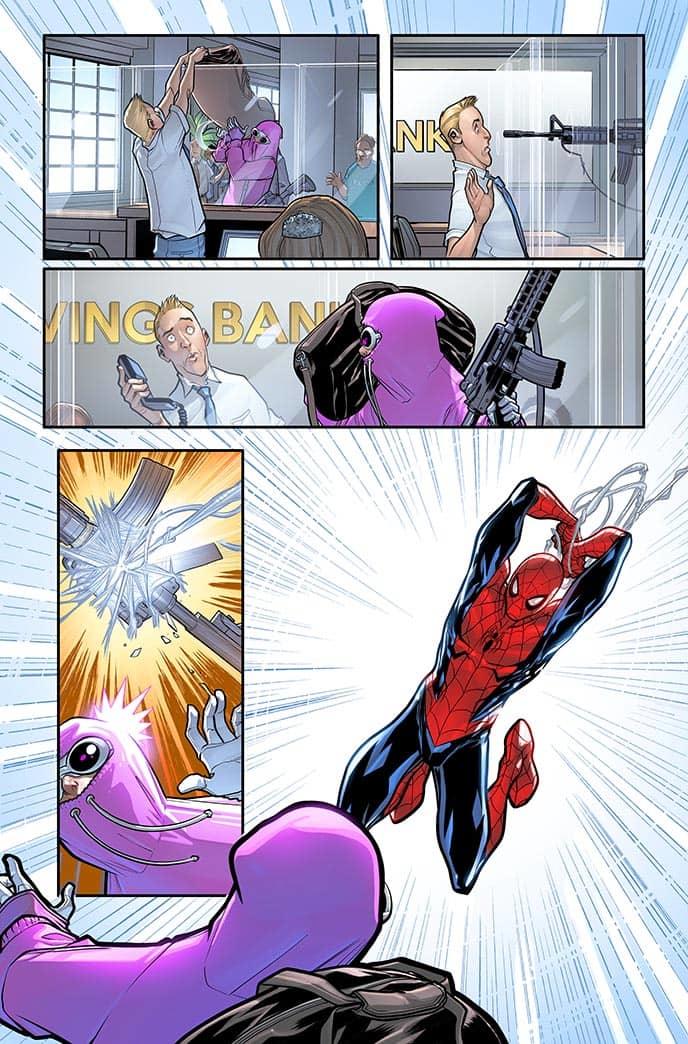 Beautiful colours and crisp line work ensure this story jumps off the page as much as Gwendolyn has jumped into them. The panels showing just how unbound Gwen is to the whole comic world really give a sense of the whole Marvel Universe as part of a real world multiverse that somehow she’s managed to manipulate enough to place herself into the world of our favourite heroes. 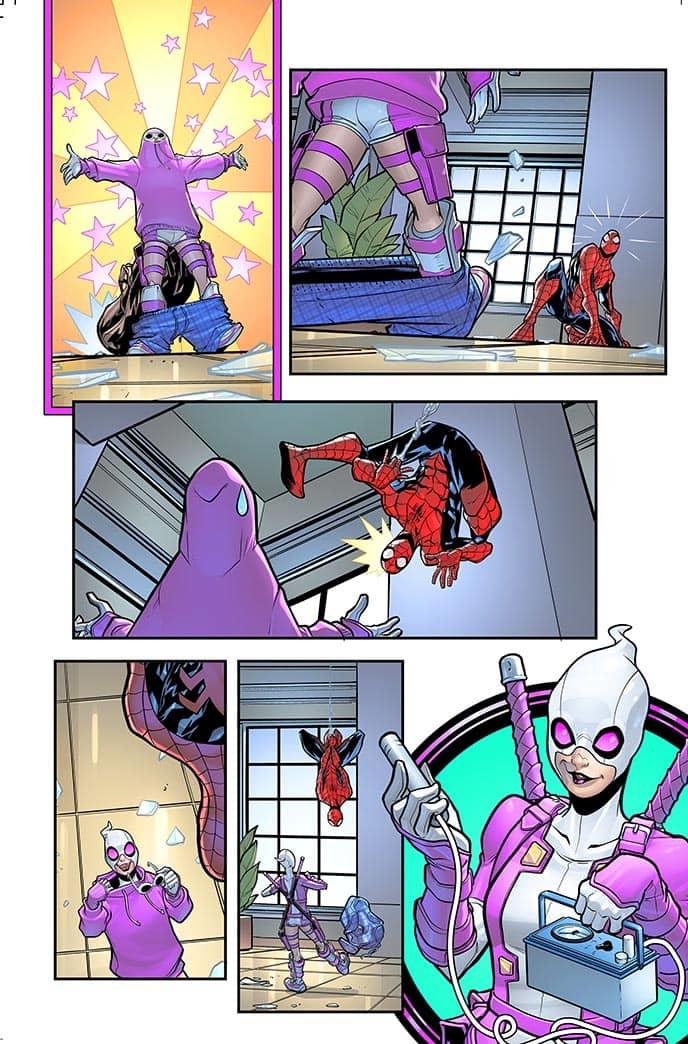 I had some idea of what to expect before jumping into this issue and I was pretty confident I was going to enjoy it (being a fan of the original Deadpool)… there is a chance however that I enjoyed this more than I was expecting to. The writing and artwork really drew me in and the character is completely endearing… I think partly because she is relatable in a way that Deadpool himself isn’t… I mean very few readers are likely to be highly talented mercenaries (which is not to say none are… but I’m guessing the percentage is really low). The idea of being a fan and finding yourself in the worlds that you enjoy reading is a compelling one… so why not live that idea vicariously through a smart mouthed fan who found the way?

Definitely a light hearted take on the superhero genre and a lot of fun! Grab your copy now! 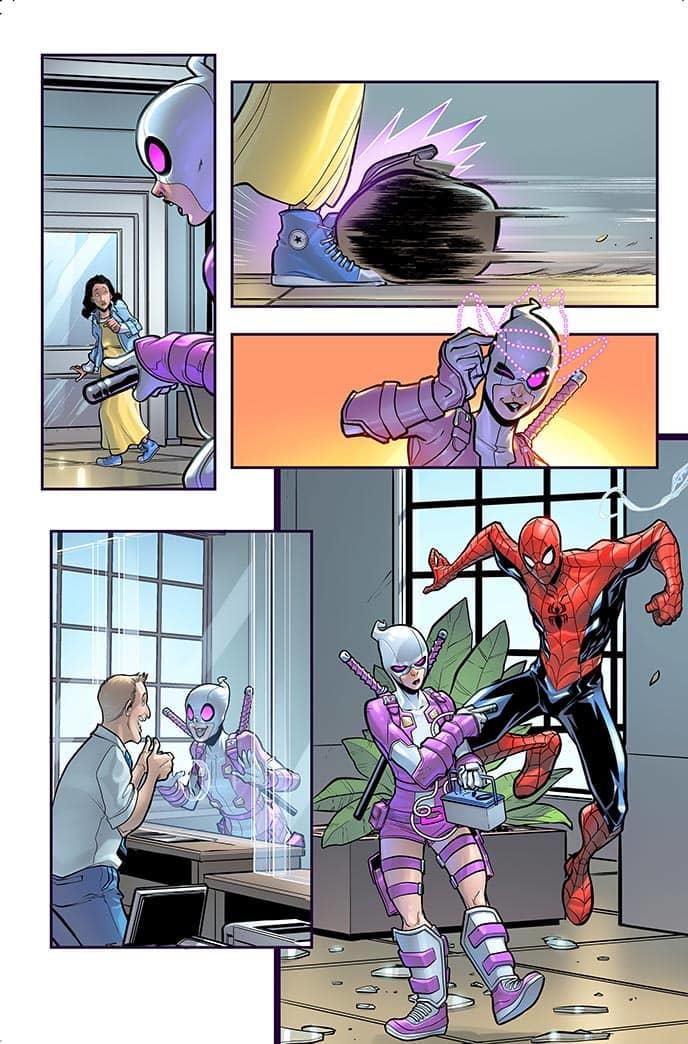