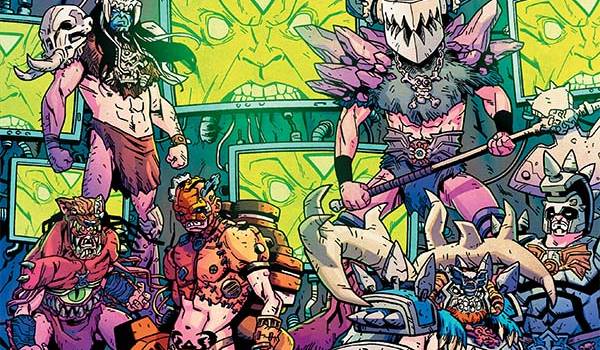 Summary: Punk, Heavy Metal band GWAR inflict their destructive influence throughout Earth's timeline in pursuit of Mr Perfect with bloodshed on their mind.

I’ve been aware of GWAR for some time… I suspect I probably heard them and of them on RAGE at some point late at night sometime in my younger days. (If memory serves I think they guest programed one time). But I wasn’t overly familiar with them. When this title came up I couldn’t help but dive in and see where that curiousity would take me… turns out it was a crazy, over the top comical time travel story filled with violence and pop culture references. 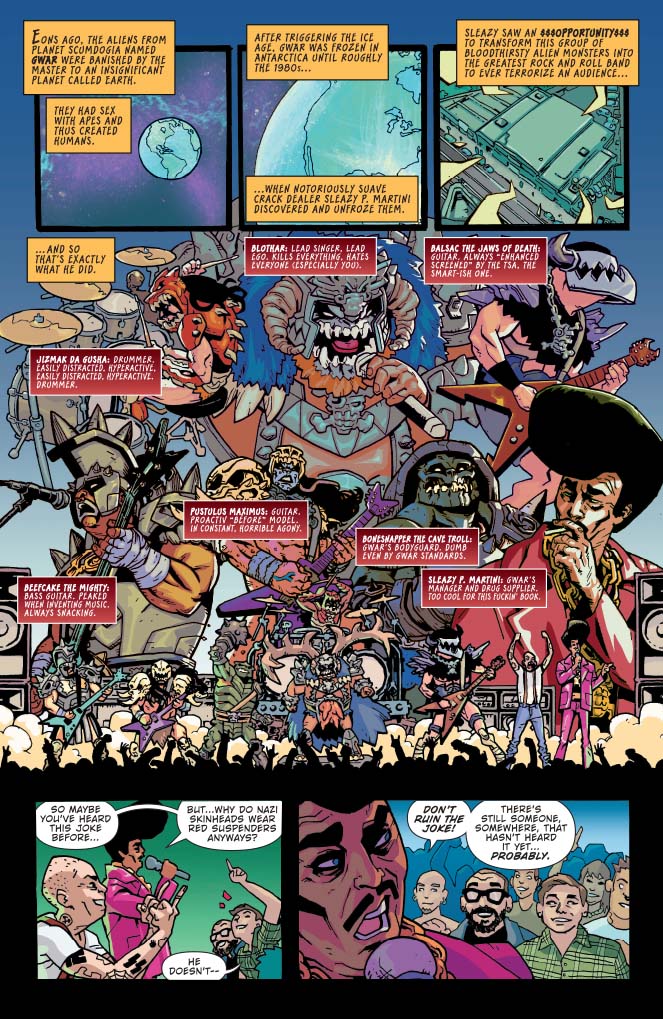 GWAR come across in this comic as kind of the evil Spinal Tap… a group that take a situation and push it to eleven… or in GWAR’s case I don’t even think eleven is enough for them. It would be easy to dismiss the whole thing as over the top violence and sexual suggestion but to do so would miss some of the cleverness threaded throughout. Pop culture references pepper the pages and make for the occasional unexpected chuckle. There’s no question the story is crazy, but that is completely in keeping with GWAR as a performance group. Comparing the story to Bill and Ted on bath salts is pretty reasonable. 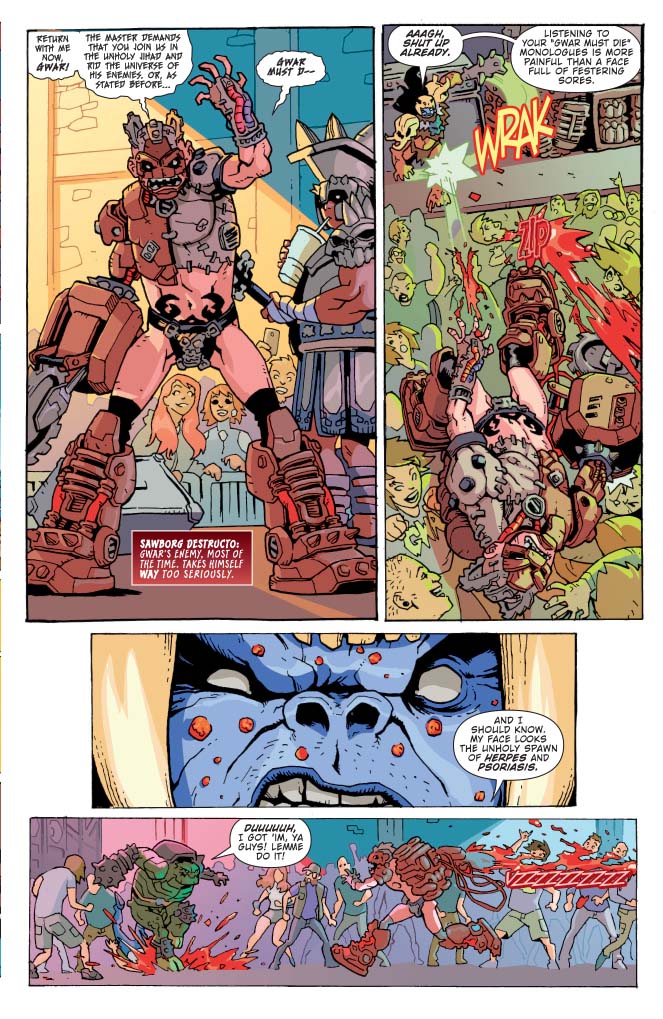 You couldn’t have a story this over the top without having visuals to match and sure enough the visuals are over the top sex and violence… mostly the violence (even the sex parts can be violent… but not in the horrible realistic sense… rather in the… how should I say this… exit speed and force, The Naked Gun, style crazyness sort). This is certainly not something for the kids… beheadings, exploding heads and quad penis visuals litter the pages… at the very least it would just be too hard to explain to anyone let alone a child. 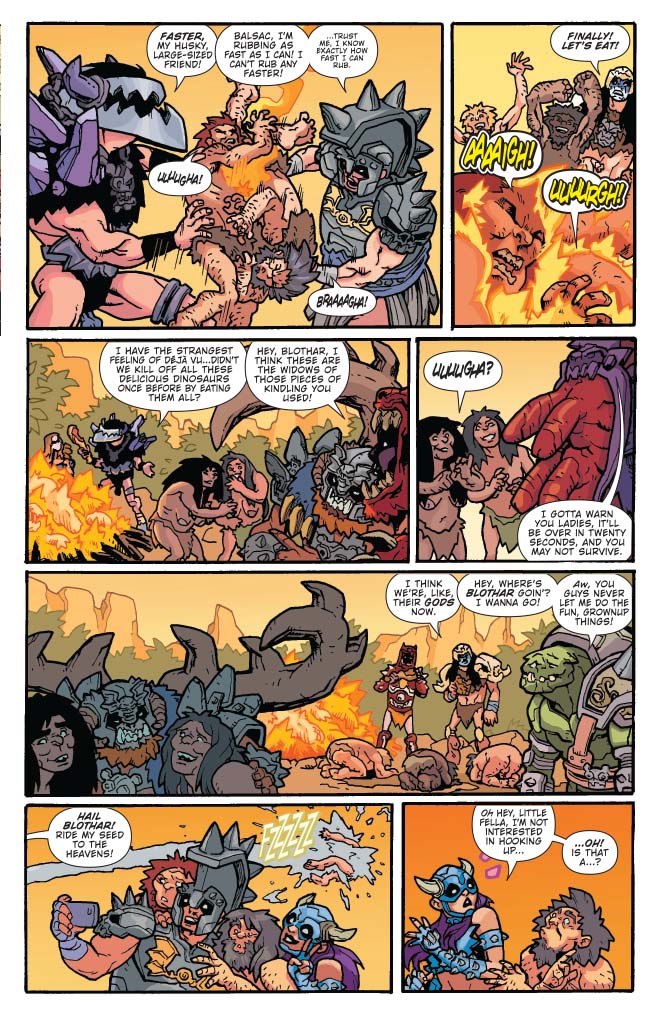 If you are in the mood for some crazy, doesn’t take itself too serious fun then this is worth a read. It may well even be a gateway to listening to GWAR’s music (I had to have a look to remind myself and found myself enjoying more than I probably did when I first came across them). It’s nice to know that music has acts that put effort into the theatrics as much as the music… GWAR take performance art to the next level and this comic is like a GWAR concert lived larger than life. 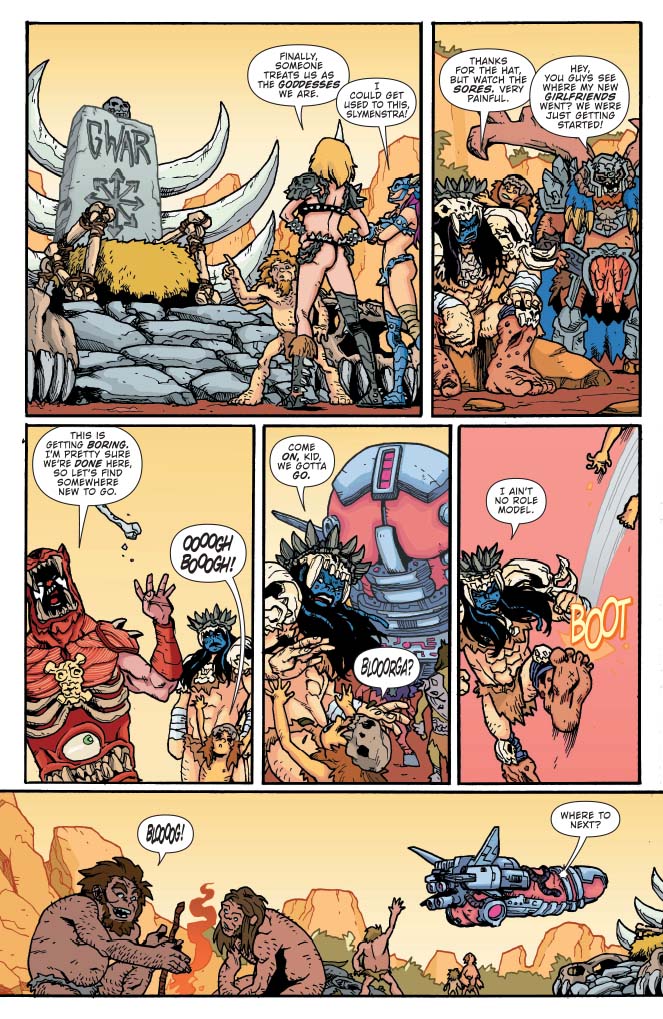