Summary: In a world at the tail end of things like Jack Ass and Funniest Home Videos... how do you make a nice leisurely bike ride more entertaining? Explosives and traps obviously!

Independent developers continue to create interesting titles and go where mainstream games simply can’t… to the land of absurdity. Guts and Glory lets you select your mode of transport (currently a bike with child in a rear seat, an atv and a car), then you can select your playing field which includes a local park, a small township and some country/hillside roads. So far it sounds innocent enough… but after the first couple of levels in which you are really just getting a hang of the mechanics of using your vehicle (typically starting with the bike)… you start to face obstacles. 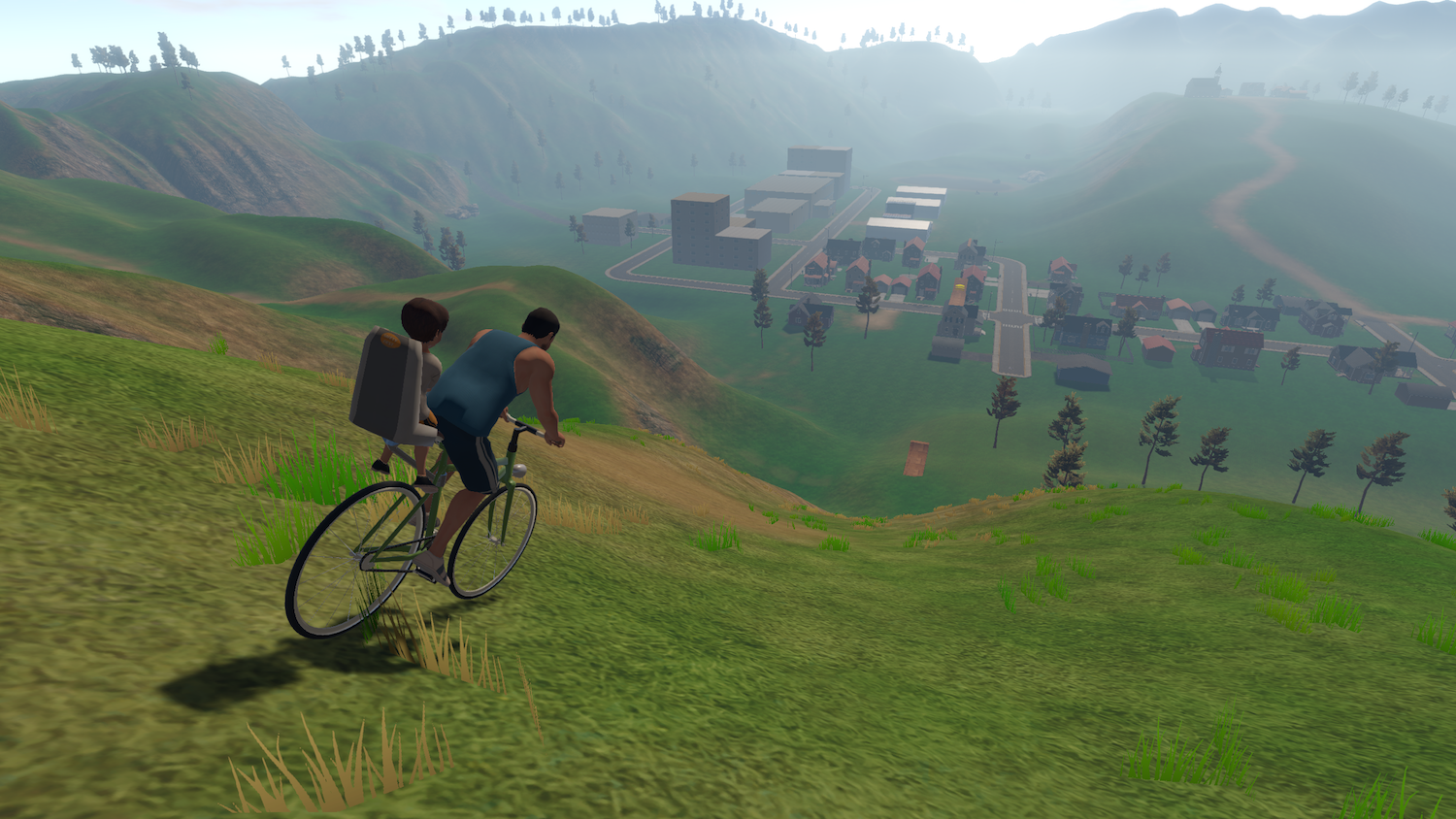 As you peddle around the little park you begin to realize you are being shot at… fine I can avoid that and reach my checkpoints. But then you notice not only are you being shot at but now there are swinging obstacles waiting to knock you off your bike. As you get further into things you also come across landmines and other movement deterrents. But this is where the giggles may start to occur. Now certainly don’t play this game if you are sensitive to digital people’s rights because you will be upset within moments of setting off. If you are able to just switch off your thinking for a while though, there is a bit of fun to be had. 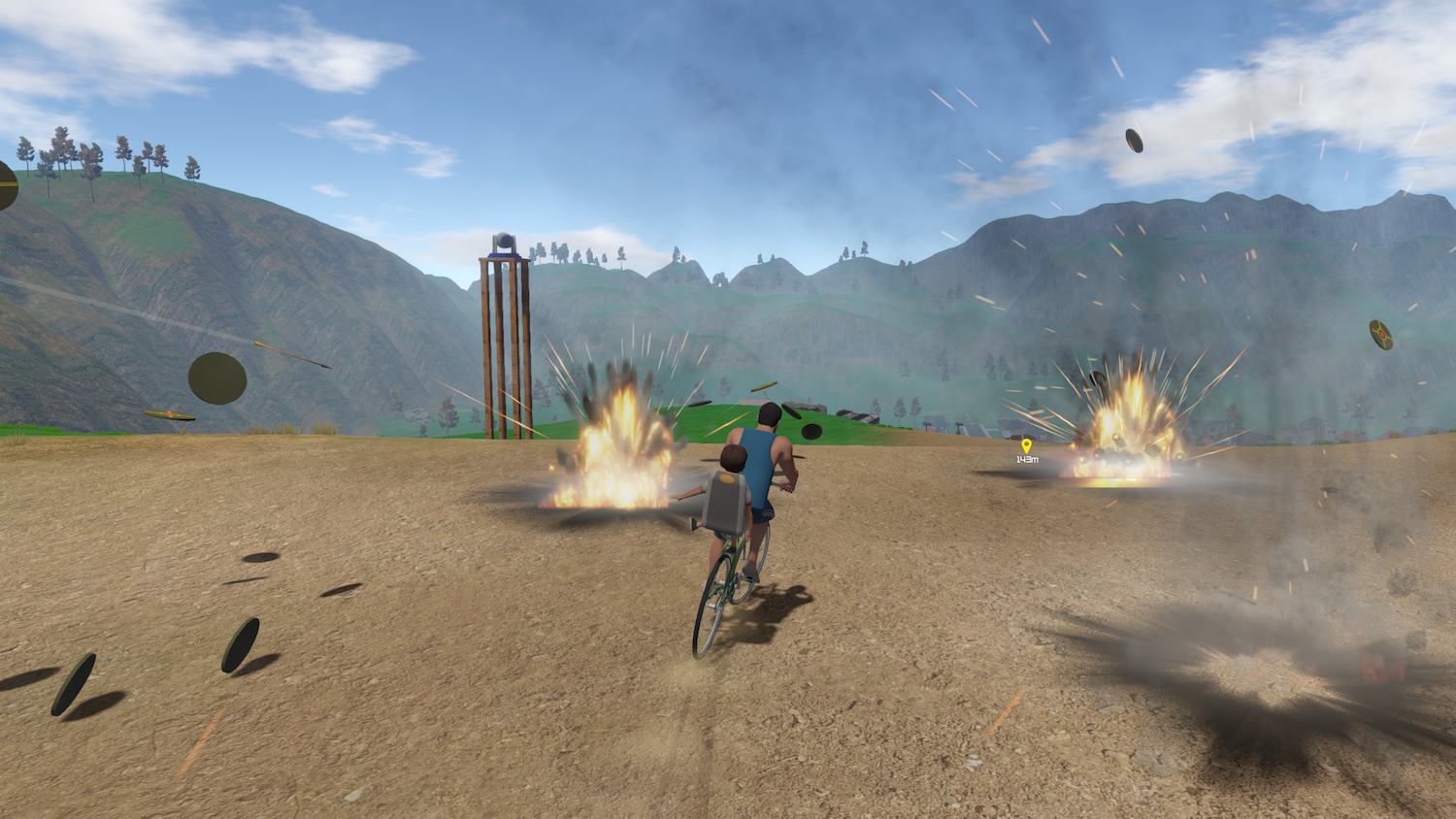 Firstly you can do wheelies… not only can you, but in some cases you really should or you will find it very hard to progress. Secondly, anytime you have passengers (such as on the bike or in the car)… they aren’t likely to stay your passengers for long. As you impact with items (or they impact with you)… the shock can send your travel companions flying (or yourself if you are really unlucky). It’s the ludicrous carnage that provides a lot of the entertainment… almost like a more users focused carmageddon situation. Watch your child’s arms flail around as you cycle through the park and it’s obstacles. Watch as your wife and child are jettisoned out of the car as you take a bend far too quickly. Look on in horror as your own leg gets blasted off your body and left behind as you continue to charge forward in your ATV. 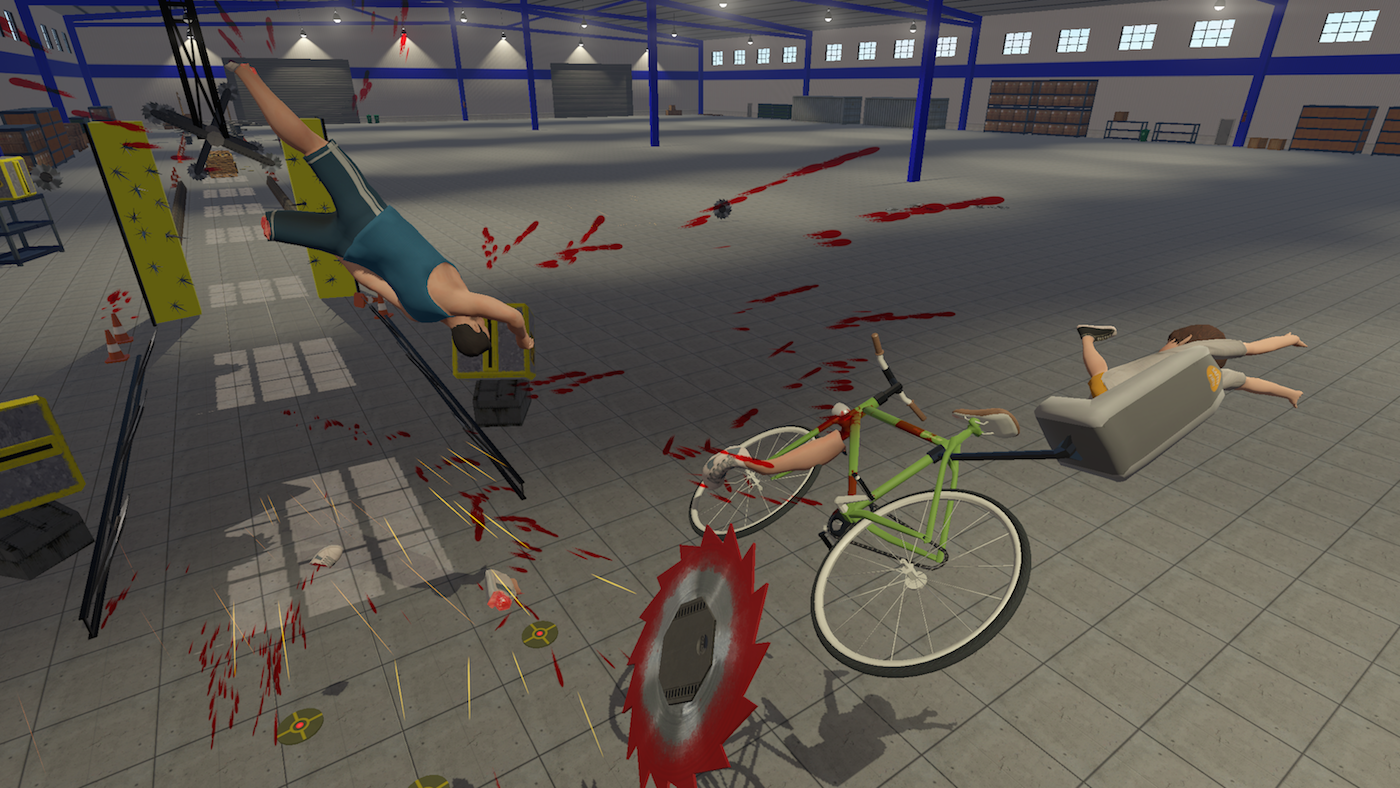 It’s the surreal nature of it that makes it a bit of fun rather than just a gorefest. The game is still in early stages but has a level designer so in theory the number of landscapes to play around in can grow immensely… what’s there already provides a good bit of fun for a pick up and play experience. It’s not a very deep game so it’s not going to keep you going for ages… but it can be fun to just jump in… put the pedal to the metal and see where your traveling takes you (or your passengers). 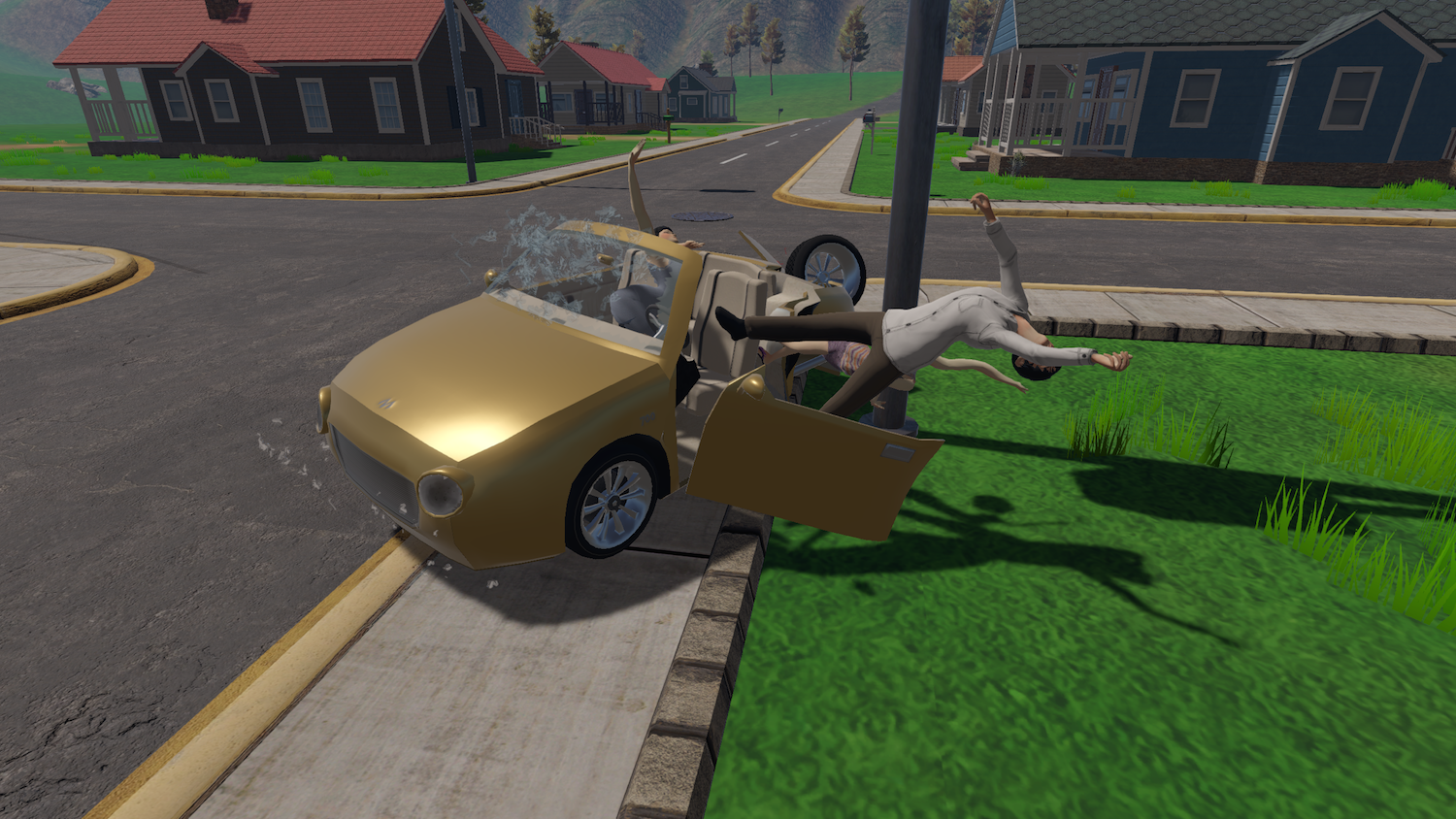 Nothing too flash but not bad for it’s price (wait for a steam discount to make it even more worthwhile). If you like pick up and play, casual games… this isn’t a bad one to add to your collection. If you are squeamish though… perhaps avoid… though it’s only digital carnage… dismemberment is common!