Summary: Stories that grow in grandeur with the telling and gun fights that seem impossible to survive, all in a days telling for this old gunslinger.

When I got back into VR there was a genre that I was keen to get into, the Western Shooter. It’s a genre that is surprisingly under represented in gaming in general… sure you have your Red Dead Redemptions, you have your Call of Juarez and if I reach back further there was one of my favourites Lucasarts Outlaws. But it’s a genre rich in opportunities for great story telling and epic showdowns. Guns’n’Stories: Bulletproof VR follows arguably more the Outlaws approach to the wild west with a bit of a Call of Juarez: Gunslinger thrown in for good measure. 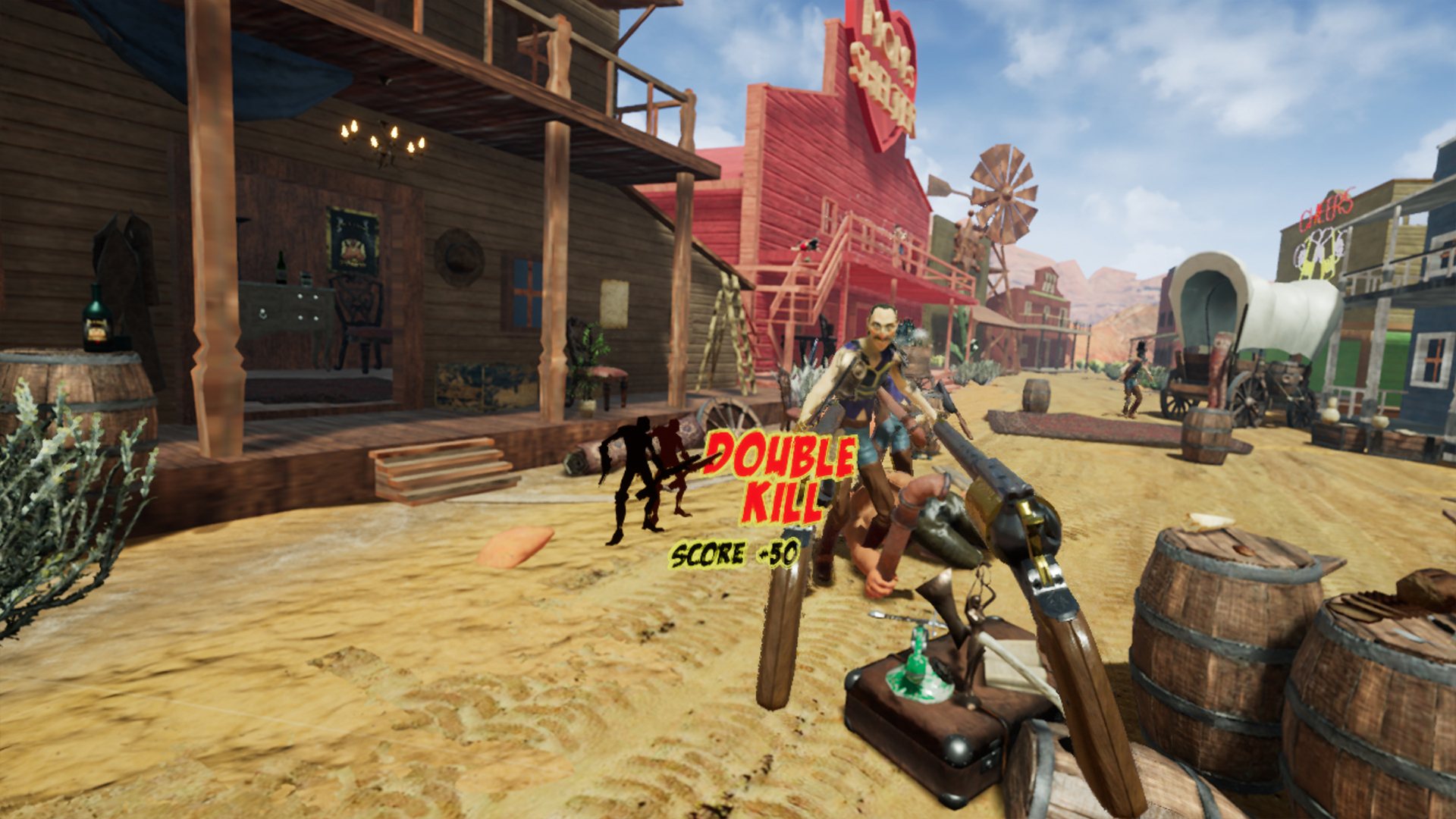 The game can be played either seated or standing (so no need to worry about room scale for this one… though you may find yourself ducking and weaving so it’s a good idea to make sure you play space is still free of obstructions). The game starts with a cartoonish cinema like projection (I even looked around to see if I was seated in a cinema) of the story you’re telling your grandson. As would seem to be the required method, a drink is requested by yourself before you will get into the details. So you find yourself in the middle of a wild west street bottle in one hand and cup in the other… suddenly someone comes out and fires at you… now you have a gun in one hand and you can fire back. More enemies come out and soon you find your other hand has a gun and your shooting left right and center all while bullets fly towards you. 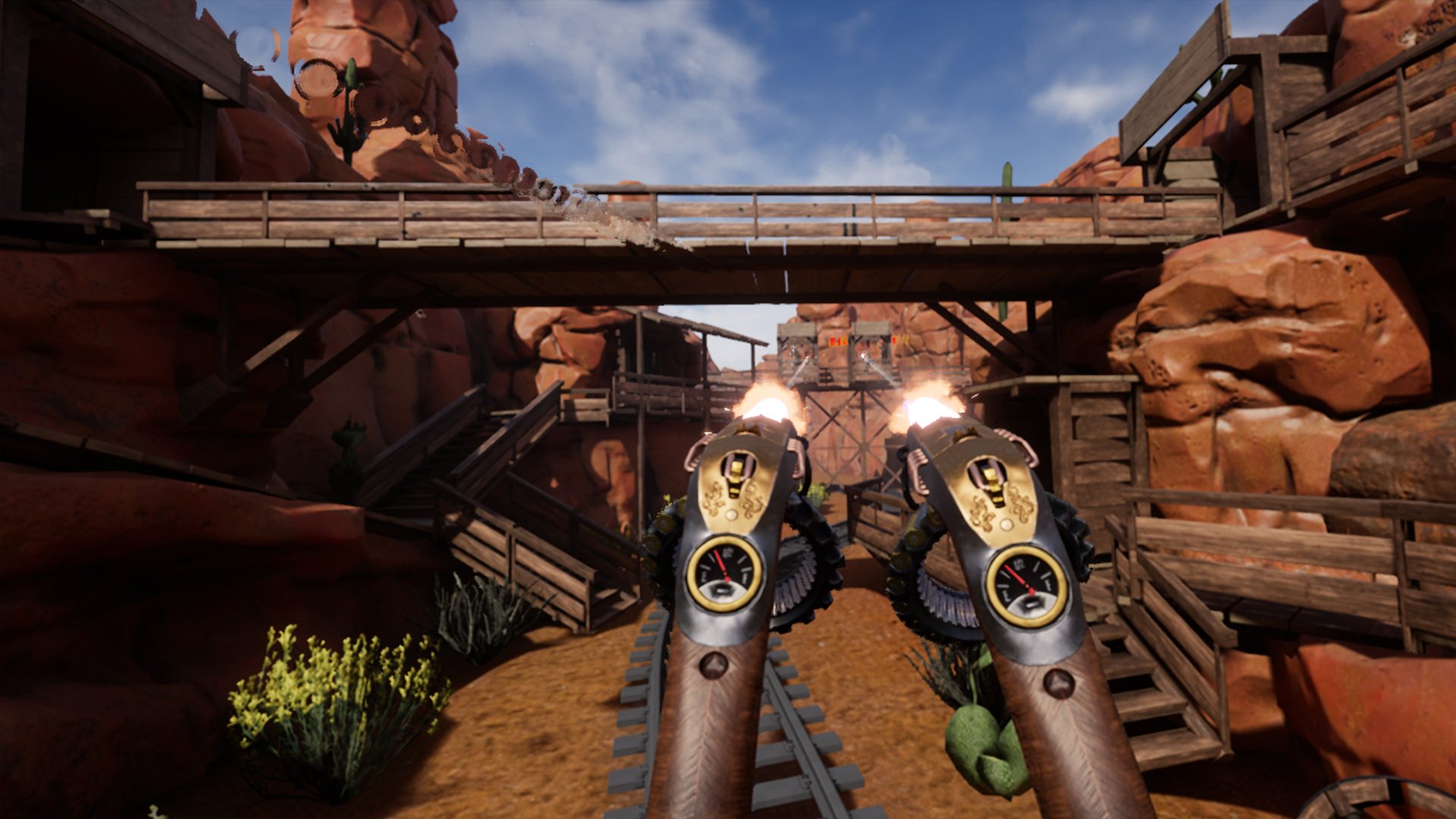 Now this alone may sound quite enticing and so it should… but there’s a few added quirks. Much like Call of Juarez: Gunslinger the telling of the story lends itself to some “embellishments” so much so that in that very early stage as you are firing at the enemies, your very wise grandson asks “didn’t you have to reload your guns?” to which you basically reply with something along the lines of “nah kid, this is hollywood.” Not only do you not have to worry about reloading but you can actually deflect incoming bullets, either with your guns themselves or with bullets and they aren’t moving at “real” speed so it’s not to hard to do either. As mentioned earlier you may well find yourself dodging that incoming gunfire, there are objects in front of you to give you something to shield yourself with and of course you can “knock” the bullets away with your gun or bullets… but you will likely find yourself feeling like you’ve had a light workout after playing for a while. 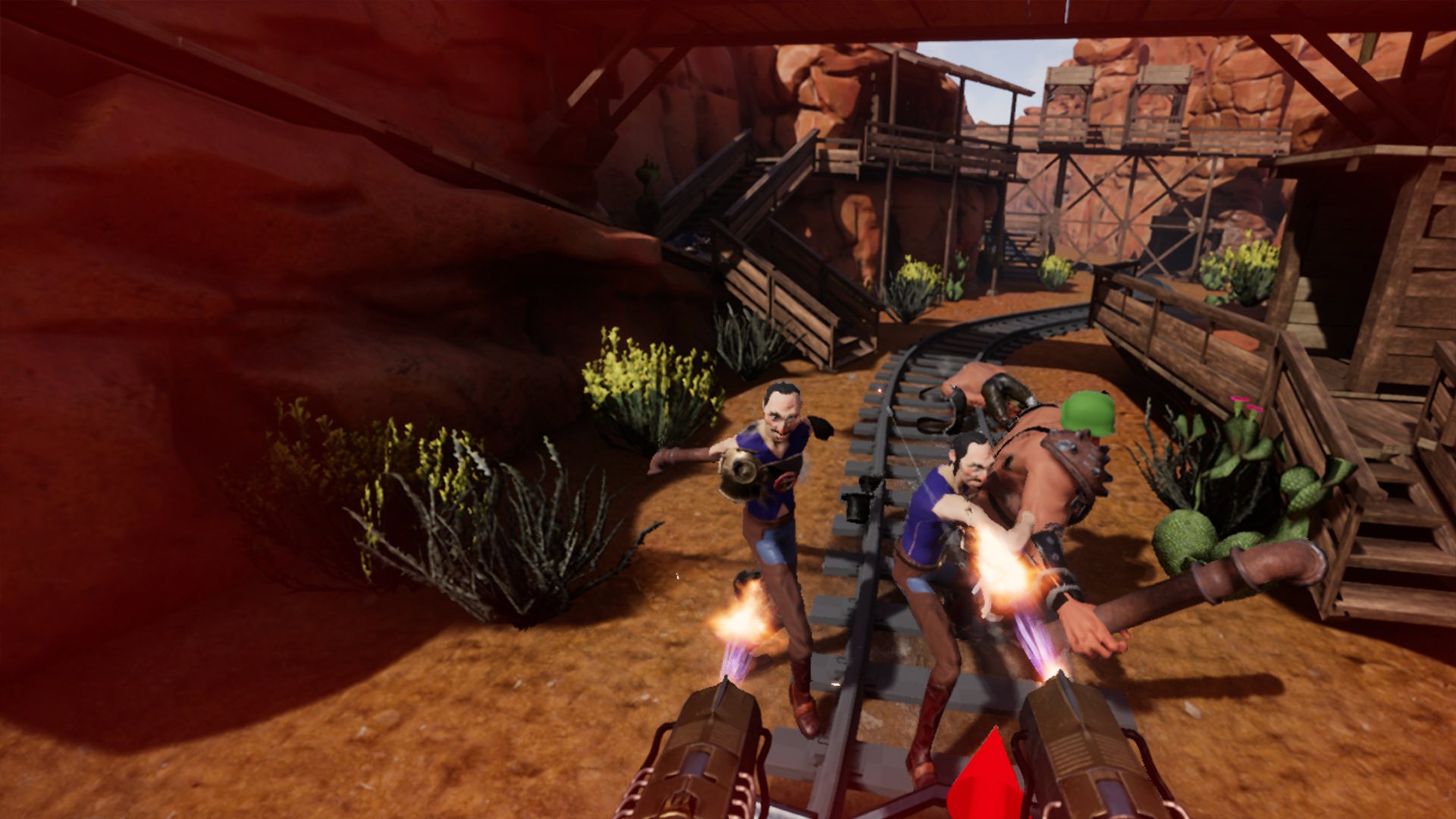 As you progress you get find yourself wielding new weapons, from steampunk machine guns to futuristic grenade launchers… there’s a bit of variety to keep things interesting. But you’re not the only one with variety, after the standard fare of cowboy after cowboy coming at you, you find yourself faced with characters that look straight out of Gorn, drones… yes that’s right drones attack you, and then you have kind of the steam punk equivalent of Baron Harkonen who is your first boss battle. 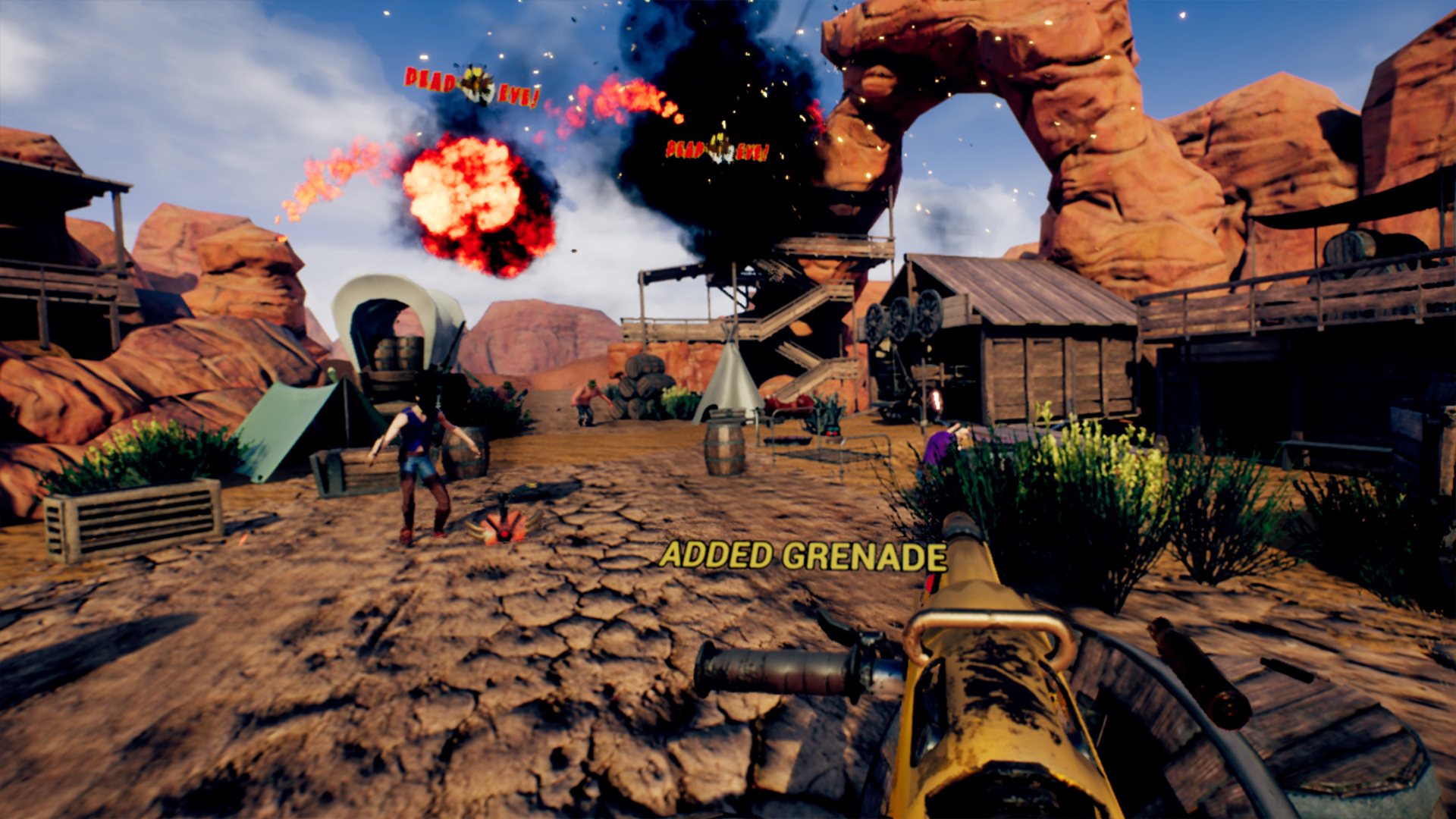 Overall it’s a lot of fun to play… it’s clearly not meant to be taken seriously so if you really want your show down at the O.K. Corral you may be waiting a bit longer yet. But if you like the idea of a stylized shootout with a bit of humour and a large dose of fantasy then you could certainly do worse than this. It’s a pretty decent price as it is but I’m sure there will be a decent discount in a Steam sale at some point… but if you’ve got a few spare dollars hanging around and you want a bit of fun… give it a go.