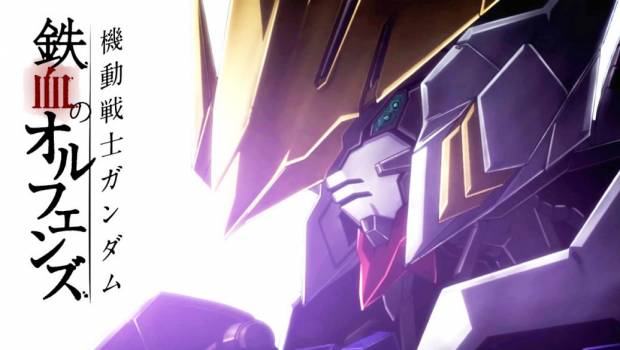 Summary: A gritty, brutal depiction of blood, sweat and sacrifice in the fight against oppression.

Gundam: Tekketsu no Orufenzu or Iron Blooded Orphans is Sunrise’s latest addition to the Gundam franchise. The series takes place in the Post Disaster era some 300 years after a great conflict known as the Calamity War, where humanity was nearly crushed by it’s own creation, unmanned machines called Mobile Armor, only through construction and creation of 72 machines called Mobile Suits, more specifically Gundams and a system called Alaya-Vijnana System. A system the directly links the pilot to the mobile suit or mobile worker. Allowing for greater spacial awareness and incredibly fast reflexes, the system allows the pilot once directly linked to process the raw data straight from the machine, effectively the machines literally becomes an extension of the pilots own body, the system has limitations however, it cannot be placed in post-pubescent individuals as the nanomachines can only work with a growing human body, as a result the system is only able to be paired with young children, and the surgery itself is not guaranteed success and can paralyze those it fails. Through this pairing, the Gundams and their pilots fitted with the Alaya-Vijnana system were able to defeat the mobile armor and bring an end to the Calamity war.

The series begins in P.D 323, our heroes CGS Third Group led by Orga Itsuka and Mikazuki Augus are tasked with the protection of Mars Independent activist Kudelia Aina Bernstein, at the same time Gjallahorn the militarist organization responsible for the end of the Calamity War attempt to assassinate her to alleviate the threat she poses to Gjallahorn’s unquestioned rule over Earth and Mars. CGS Third Group thwarts this attempt by activating a Gundam unit held within the base, Gundam Barbatos. The series then follows them through their hardships overcoming the child labor status and making a name for themselves in a legitimate business sense to make a safe and secure live for themselves and other disadvantaged children. The series is a powerful one for bringing to light some sensitive issues, military oppression, child labour, shady dealings, exploitation, corrupt politicians and senseless death. This is a series for Gundam fans and newcomers alike as many people can relate to one or more of the sensitive issues portrayed on screen. 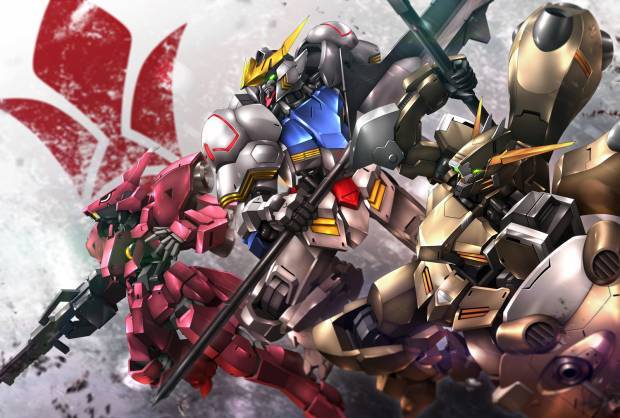 The series is visually stunning, made even more beautiful by the upgrade to Blu-Ray, the animation team did some gorgeous animation in this project. The art style is a lot grittier than the more refined art of previous series and with great reason, the action is brutal, the emotion is raw, the compassion is real. You can really feel every moment in the series, you can’t help but cheer when Mikazuki crushes an enemy underfoot in Barbatos, your blood boils when you see the corruption and backstabbing deals exploiting these poor child soldiers and you can’t but cry every time something painful happens to them, everything about this series feel real and unfiltered. The visual style only compliments it further, the rough, fading paint on the CGS base and mobile workers, the desolate Mars terrain, the sleek yet crude design of Barbatos, the dirt and grit on each of these children as they complete back breaking work that would easily break any weak willed adult. And with the addition of a blu-ray upgrade? I would normally not care a whole lot as until Gundam: IBO I had yet to see a decent visual upgrade worthy of the extra price tag for Blu-Ray, but I have to say I was amazing at the graphical upgrade for this series. Definitely worth a higher price tag. I was seriously impressed. 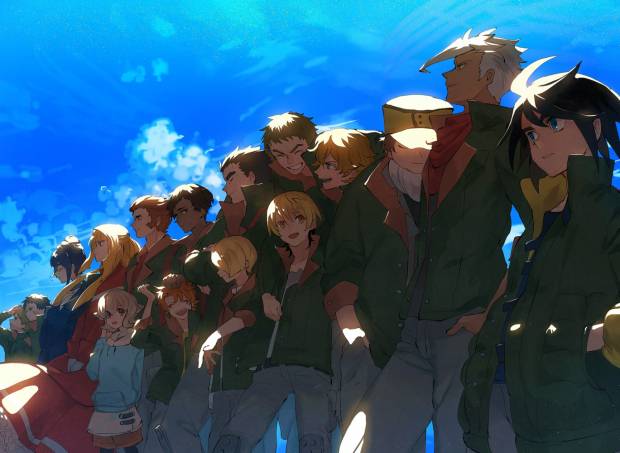 Once again, I was amazed at the quality of sound in this series, I can tell they went all out and had no budget limitations for this installment. The voice cast both English and Japanese are of great quality, I was pleasantly surprised to hear Johnny Yong Bosch’s voice playing the part of Orga Itsuka, after hearing his talent in Bleach as Ichigo and in Code Geass and Lelouch himself, I knew I was in for a great time listening to the English dub cast. The series openings and endings totally befit the series and listening to them at the start and end of each episode only ups the hype for the series. Sound effects are amazing too, I really can’t sing enough praise for the series, maybe I’m fanboying but it really is great. From the gritty effects of clanky mobile workers and Barbatos’ startup sequence and early use, to the crumbling of rocks and boulders to the strange ambience of the unmanned sophistication of mobile armors. All of the effects have a place within the environment and only elevate the shows quality. I didn’t hear a large difference between SD and Blu-Ray editions, I think the biggest change would simply be a better balancing of noise levels to bring out the core voice acting, but other than that I didn’t notice a large difference. 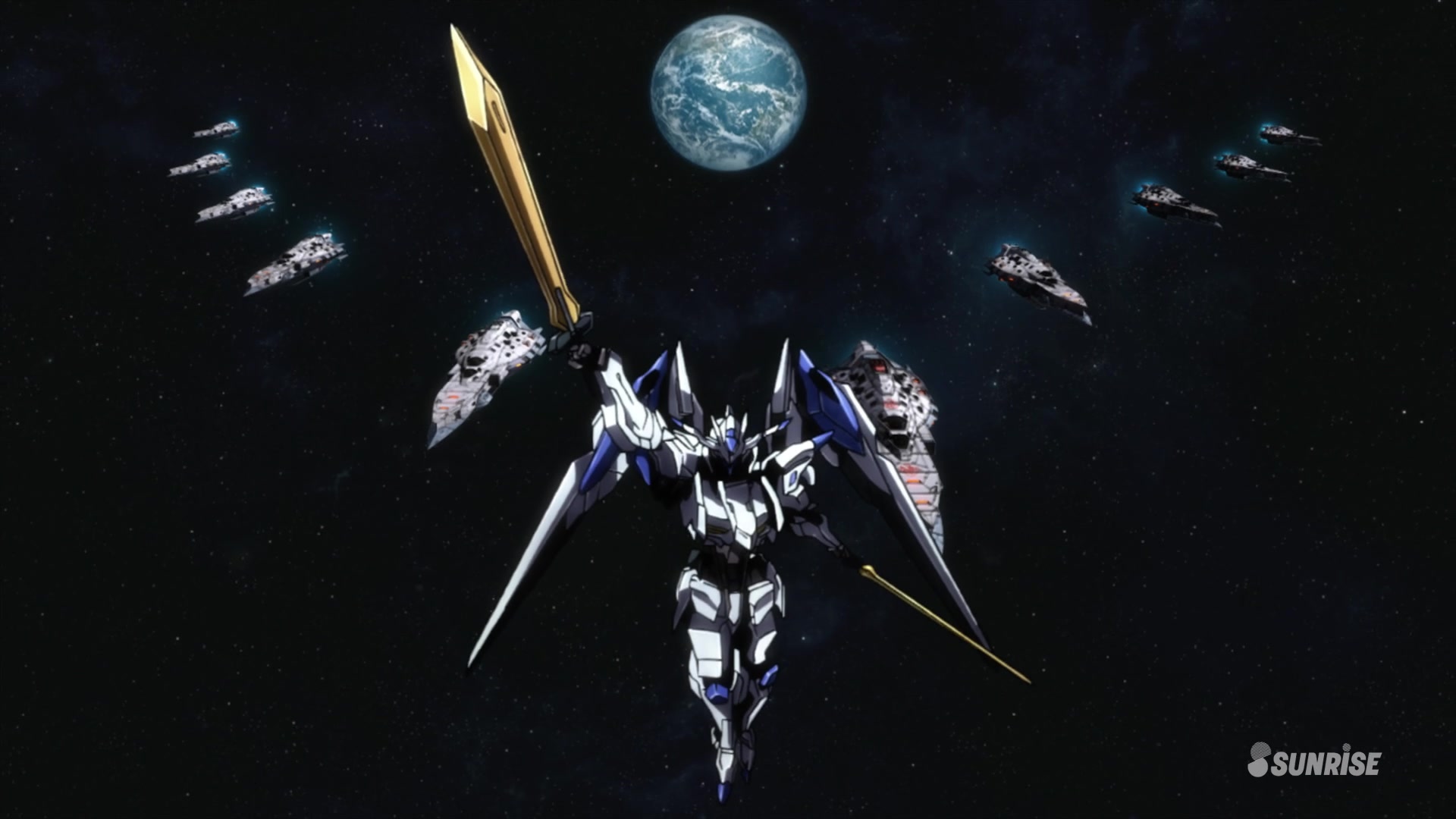 In conclusion, after seeing both the SD and Blu-Ray versions, I can sincerely say this series is definitely my best pick of anime in the last few years. There’s been some great anime, but none that have quite grasped me as much as Gundam: IBO the unrefined grit, determination of character, sacrifice and destruction really hook you on a level not many series can do. The cunning of the antagonists, the fierce brutality and lovable down times give you and experience like few other. The lack of special features in the Blu-Ray doesn’t even factor in to a negative score as the series is a simple one, it lets the story do all the talking and has everything to show for it, only thing I could want now would be a prequel series on the Calamity War, as it sounds incredibly entertaining and could make for some really gory, gritty stuff. 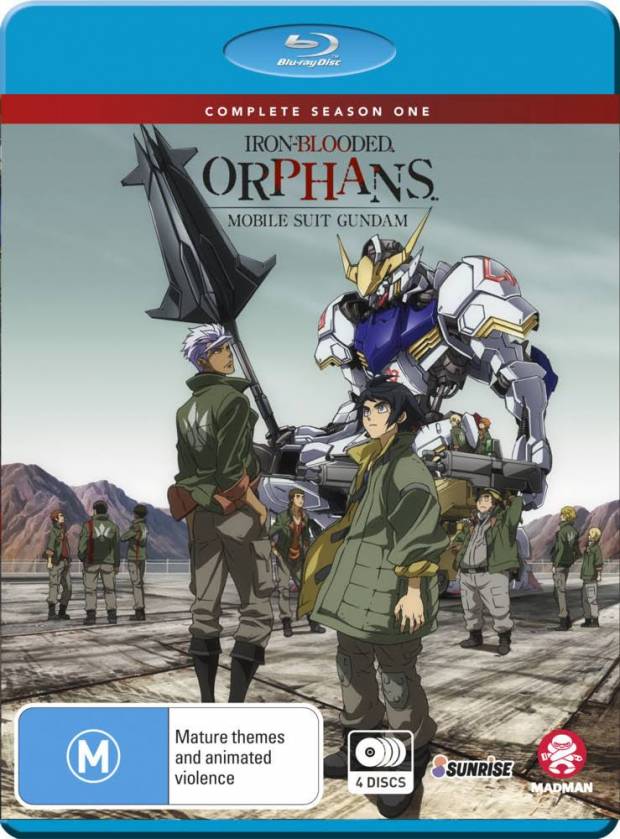