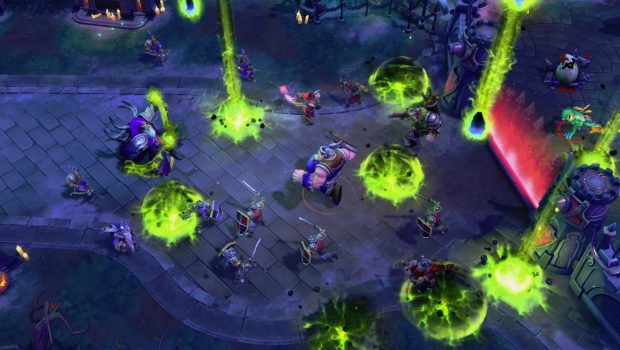 Gul’dan Enters the Heroes of the Storm Public Test Realm!

Abandoning the ways of shamanism, Gul’dan entered a pact with the demon lord Kil’jaeden and betrayed his people in exchange for limitless power. But this power came at a great cost: Gul’dan must sacrifice part of his own life force to fuel his destructive fel magics. With the orcish Horde under his master’s thrall, both Draenor and Azeroth nearly fell into his grasp. Gul’dan is set to spread his corruption across the Nexus and is available to try on Heroes of the Storm Public Test Realm (PTR)!

Gul’dan is a ranged assassin who wields powerful fel magic to take down his enemies and help guide his team to victory. He has the ability to sacrifice his own life to regain spent mana, and can drain an opponent’s health to replenish his own. Players will learn that having fel magic on your side pays off in the Nexus.

His basic abilities include Drain Life, which siphons the soul from an adversary over three seconds; dealing damage to the target, and healing himself in the process. Gul’dan also has Fel Flame at his disposal; a wave of fire that damages each enemy it passes through. Gul’dan has a choice of two Heroic abilities: Horrify instills fear, causing enemies to flee, and dealing damage to foes around him. Rain of Destruction summons meteors that rain down on any enemy in the area, dealing injury in the process.

To find out more about this new assassin and his skills, as well as our latest patch notes, visit the Official Heroes of the Storm blog here, or watch the Gul’dan spotlight video here.