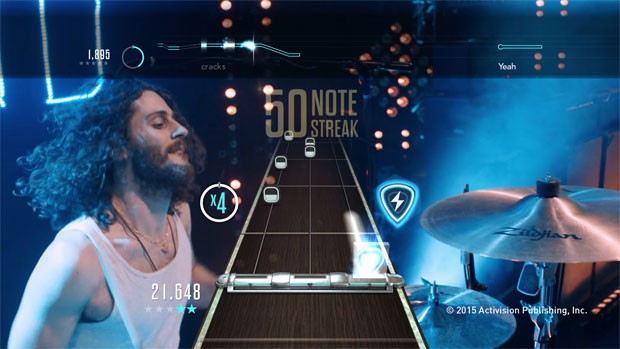 With just under two weeks to go until the launch of Guitar Hero Live, Activision and FreeStyleGames have unveiled the next group of tracks that we will be announcing prior to launch! The list is comprised of some classics, as all of the songs below have appeared in previous Guitar Hero games. We are bringing them to Guitar Hero Live to bring just a little bit of that nostalgia back to the living room, and deliver an all-new way to play the songs with the game’s redesigned, six-button guitar controller.

Guitar Hero Live will be available on October 20 on PlayStation®4 and PlayStation®3, Xbobx One, Xbox 360, Wii U™ console as well as iOS devices including iPad, iPhone and iPod Touch. For more information about Guitar Hero Live, please visit http://www.guitarhero.com, www.youtube.com/guitarhero or follow @guitarhero on Twitter, Instagram and Facebook.