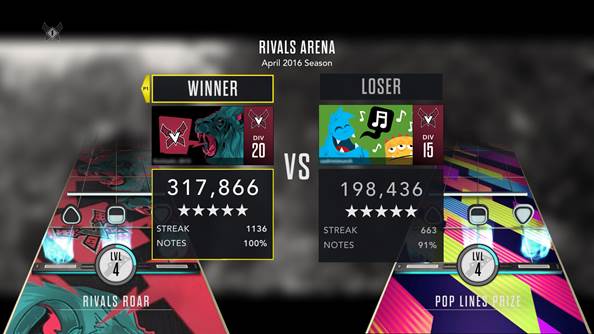 Rivals Arena is a reoccurring, month-long 1v1 battle where players compete to rank up from Rival Division 20 to Rival Division 1. Each victory allows players to climb the ranks and gain more tokens. Rank in the top ‘Rivals Arena’ players in the world and earn unique rewards along the way!