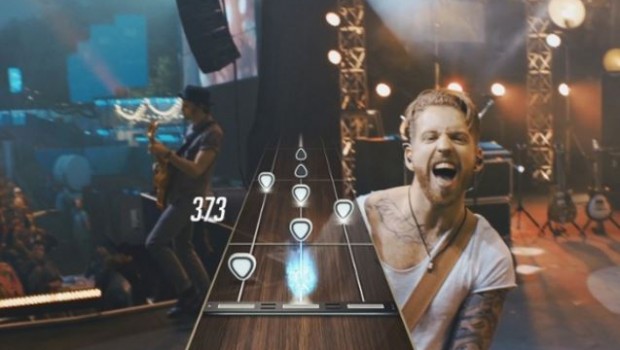 Activision are rollomg out the track list for Guitar Hero Live. Below you’ll find the first set of songs that will be playable in the game, including hardcore tracks that Guitar Hero fans will love from Alter Bridge, Pierce the Veil and System of a Down, plus Black Veil Brides, Sleigh Bells and The Pretty Reckless, as well as classics from Judas Priest and Pantera.

With hundreds of songs in the game, fans will also get to rock out to songs from Rage Against the Machine, Green Day, The Rolling Stones and Red Hot Chili Peppers, as well as songs that take a new twist on the classic Guitar Hero rock, such as The Killers, The Black Keys and Fall Out Boy.

We’ll be announcing new tracks every week, so be on the lookout for news about all the great music coming to Guitar Hero Live! You can also visit Facebook and guitarhero.com to check out the latest. Here’s the first 24 –

Rage Against the Machine “Guerrilla Radio”

System of a Down “Chop Suey!”

Black Veil Brides “In The End ”

The Pretty Reckless “Going to Hell”

The Rolling Stones “Paint it Black”

Pierce the Veil “King for a Day (feat. Kellin Quinn)”

The Black Keys – “Gold on the Ceiling”

The Killers “When You Were Young”

The War on Drugs “Under the Pressure”