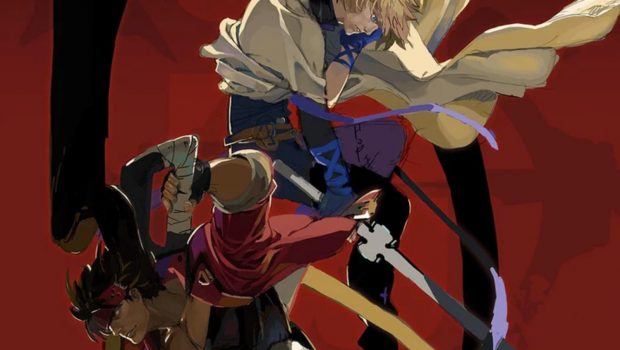 Summary: Guilty Gear Strive is undoubtedly another great entry in the series. It’s incredibly intricate yet friendly gameplay, attractive character designs, and inviting next-gen visuals are but a few of the reasons you should pick up this game, especially if you're a fighting game fanatic.

A brand new game in the Guilty Gear™ series, dedicated to all fighting game fans and all players.

Featuring 3D visuals that could be mistaken for hand-drawn anime(2.5D), achieved by high quality animation technique of the highly praised Guilty Gear Xrd series. The series’ charismatic characters have been completely renewed and many new characters join the cast.

Arc System Works has always been a monolith as a manufacturer of multiplayer games. Their recent successful titles such as Dragonball Fighterz is a testament to this. This is simply because, unlike most fighting games made solely to capitalize on a franchise’ success, Arc Sys actually puts love and effort into creating their titles hence why they’ve become so beloved with an almost overly involved community.

Guilty Gear Strive is the most recent installment in the fan-favorite series and one of the latest fighting games to bless our eyeballs this year. It’s been a title that’s been significantly anticipated and for good reasons, too, as after putting in significant hours in the game, I’m convinced it’s one of the best the developer has produced in a long time. 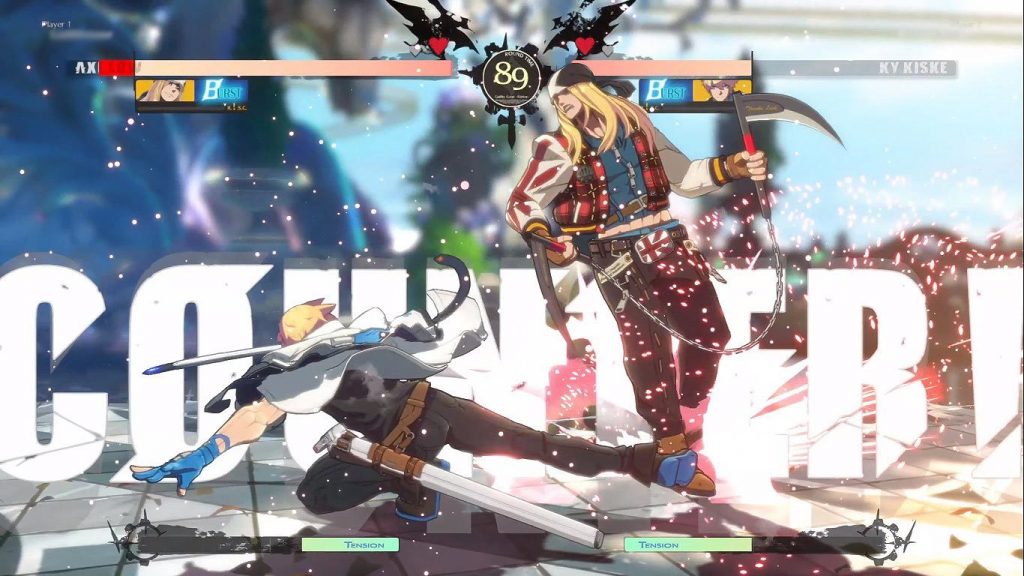 After Xrd, the developers aimed to build a better game in almost every single way and Strive seems to have delivered on that… for the most part. The game’s roster includes fifteen fighters, most of which return from previous installments save two new additions, namely Nagoriyuki, a behemoth samurai-like vampire, and Giovanna, a special operation unit officer with doggo controlling powers. Giovanna quickly became my favorite as her moveset incorporates quickly timed combos and maneuvers that suit my playstyle. Her ultimate and more heavy-hitting moves are executed intricately, and in a visually captivating way, thanks to the game’s new stunning visuals. 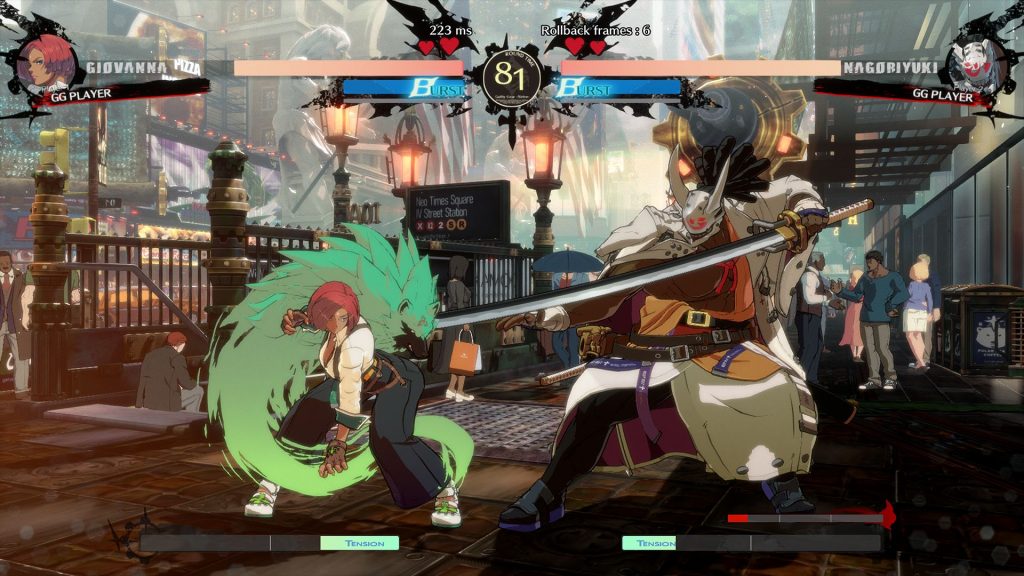 Speaking of intricate combat, Guilty Gear Strive not only features mechanics from its predecessors but also incorporates its own as well. One example being Wall Breaks; a common element in fighting games, especially anime fighting games, which have now made their debut in the Guilty Gear series. This new feature acts as both a visually satisfying reward for relentless players who corner their opponents and as way for said opponent to break out of a combo and get back on neutral ground in a new part of the arena.

However, in terms of the overall combat system, Guilty Gear Strive is noticeably more streamlined and approachable than earlier games, as some mechanics have been ironed out to be easier to pick up. For those still struggling, the game includes the mission mode, which educates players on the game’s combat mechanics and other features via tutorials, from basics such as super jumping, air dashing, and punishing to more intricate moves such as the aforementioned Roman Cancels, Faultless Defense, and more. This mode is very beneficial for the newcomers it’s aimed towards and allows players to quickly get up to speed with mechanics from the previous games. 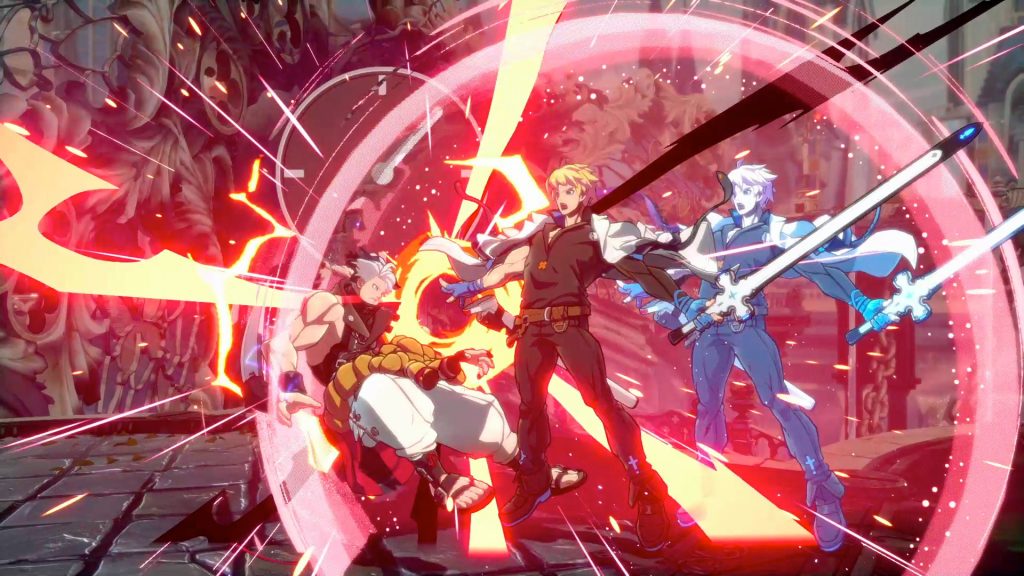 Strive also includes the standard fighting game modes such as Arcade Mode, Local Versus, Training Mode, Story Mode, and of course, the Online Mode. These modes work exactly as you’d expect, with the story mode structured like a long movie with an interactive lore timeline. The tutorial and training modes are where players can master characters and perfect their moves and combos. In the versus mode, players can face off with other players locally or take on the CPU. Then there’s the online mode.

Upon starting this mode, you can tell Arc Sys put a lot of effort into creating a new experience for fans of the series. Players are introduced to a stylistic 2D pixel lobby and are asked to customize their avatar before playing a match that places them on one of the ten floors. The higher a player’s skill, the higher the floor they’ll be placed in, with the highest being ten and the lowest being one. 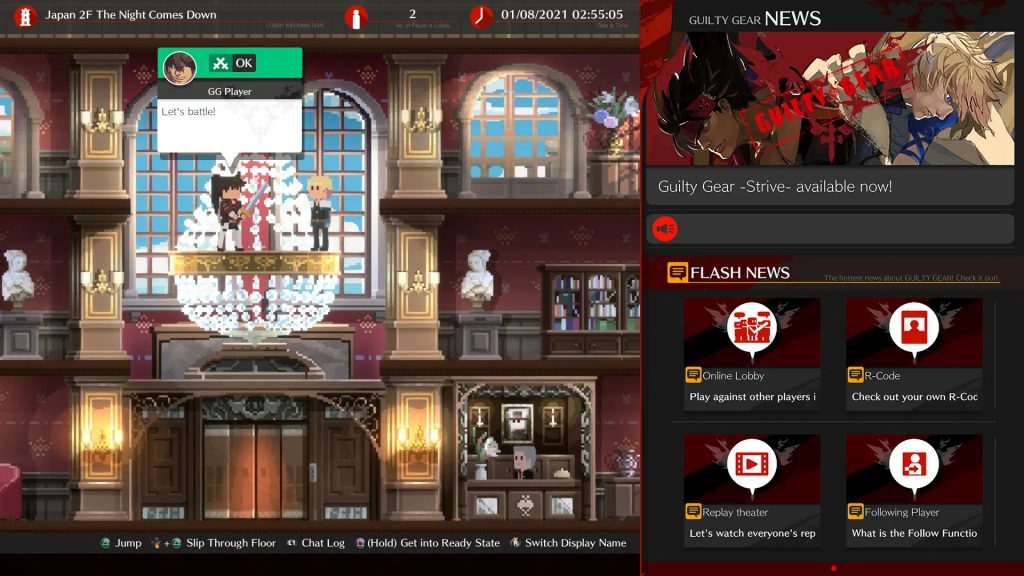 This system is both creative and good for balancing, especially for new players. However, the experience wasn’t perfect. While the matchmaking lobby works better after the beta phase, I still found it irritating to navigate at times as it often felt clunky. Though it’ll be a disservice to the game to not mention how well these lobbies are designed. The look and feel of each floor felt unique, and their aesthetics were nothing short of mesmerizing. It’s also worth noting that the actual online gameplay, aside from the inconsistent lobbies, is designed well thanks to its rollback netcode. I found no issues with lags, even playing on different servers against multiple players.

Arc Sys has always done an excellent job with its multiplayer mechanics in each of its games. These games are always designed to be played with people not just the CPU, both competitively and casually, hence why they’re so beloved by the community. After facing opponents in the online mode, players can also go fishing for various items with their hard-earned World Dollars. These items include neat extras such as gallery pieces, lobby and avatar cosmetics, digital figurines, and my personal favorite, music from the series. 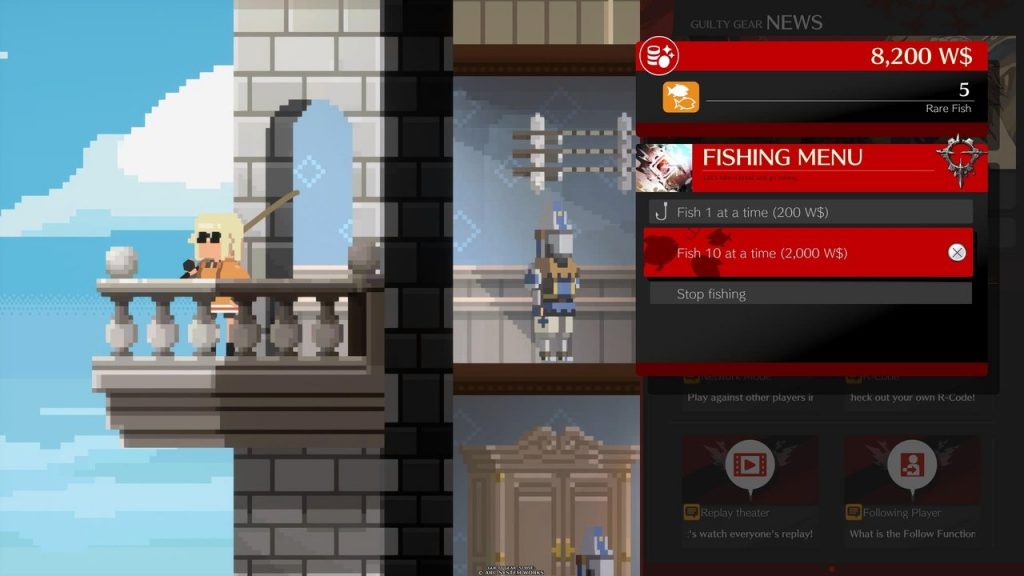 All in all, Guilty Gear Strive is undoubtedly another great entry in the series. The game masterfully blends its crisp visuals with its stylistic gameplay. The level and environmental designs were especially awe-inspiring as each level oozes with style and an amount of detail not seen in many fighting games. It’s incredibly intricate yet friendly gameplay, attractive character designs, and inviting next-gen visuals are but a few of the reasons you should pick up this game, especially if you’re a fighting game fanatic.