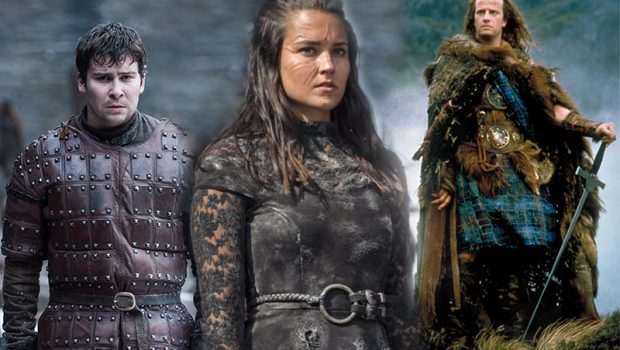 Guests from Game of Thrones, Highlander, The 100, andDr. Who join Oz Comic-Con Melbourne

It’s two weeks until Oz Comic-Con Melbourne and the guests just keep on coming. Joining an already stellar line up at the Melbourne Convention and Exhibition Centre on July 1-2 are Daniel Portman and Eugene Simon (Game of Thrones), Christopher Lambert (Highlander), Rhiannon Fish (Home and Away, The 100) and Sylvester McCoy (Dr Who).

Daniel Portman has starred as squire Podrick Payne on Game of Thrones since season two, while Eugene Simon portrayed Lancel Lannister over several seasons. Lancel was instrumental in the rise of the High Sparrow and the imprisonment of Cersei Lannister and the Tyrells in season six.

Christopher Lambert is best known for his role in the 80’s blockbuster Highlander films, as well as Fortress and Mortal Kombat. Most recently he has appeared in the Coen Brothers film Hail Ceasar.

Australia’s Rhiannon Fish starred as April Scott on Home and Away from 2010-2013. Since leaving the popular drama she has starred as Ice Nation Commander, Ontari, in the hit CW show, The 100. She is currently filming the Aussie film, Occupation.

Sylvester McCoy starred as the seventh Doctor in Dr Who from 1987-1989. Since then he has gone on to star in a number of stage and screen productions. Most recently he has been seen as the wizard Radagast the Brown in The Hobbit, as well as in the Netflix series Sense8.