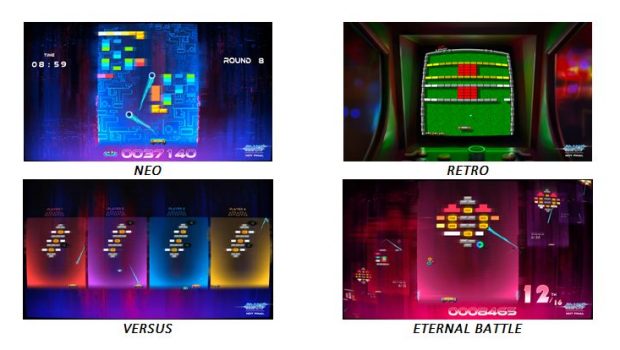 As a reminder, Arkanoid is an iconic arcade game developed by TAITO Corporation in 1986. When the mothership ARKANOID comes under attack, the small spacecraft VAUS manages to escape but ends up warped into another dimension. Wandering in an inter-dimensional labyrinth, VAUS must destroy blocks called “spacewalls” in order to defeat “DOH”, the creator of the maze responsible for ARKANOID’s destruction. Arkanoid – Eternal Battle marks the return of the emblematic block breaker game in a surprising, renewed version. The new gameplay trailer introduces the four game modes: