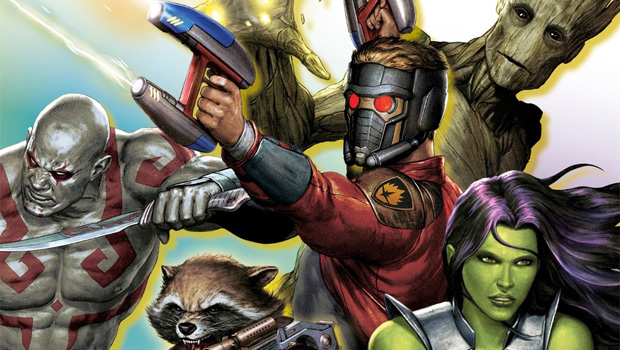 Summary: If there could be a bible on the Guardians, then this book, the Guardians of the Galaxy The Ultimate Guide to the Cosmic Outlaws would be that holy tome!

Guardians of the Galaxy The Ultimate Guide to the Cosmic Outlaws is written by Nick Jones (Sci-Fi Art: A Graphic History, The Art of Neil Gaiman) and published by Dorling Kindersley (DK) in conjunction with Marvel Comics. So if you’ve been living in a cave (or only dabble in pop culture), you may not know that Guardians of the Galaxy are one of Disney’s biggest superhero films but unlike The Avengers, Iron Man or Thor, these are a lessor known group of superheroes who patrol space but are equally as enjoyable. However like the aforementioned films, Guardians of the Galaxy is actually based from the characters from Marvel Comics and this hardcover book from DK addresses all the different incarnations of this space faring superhero group. 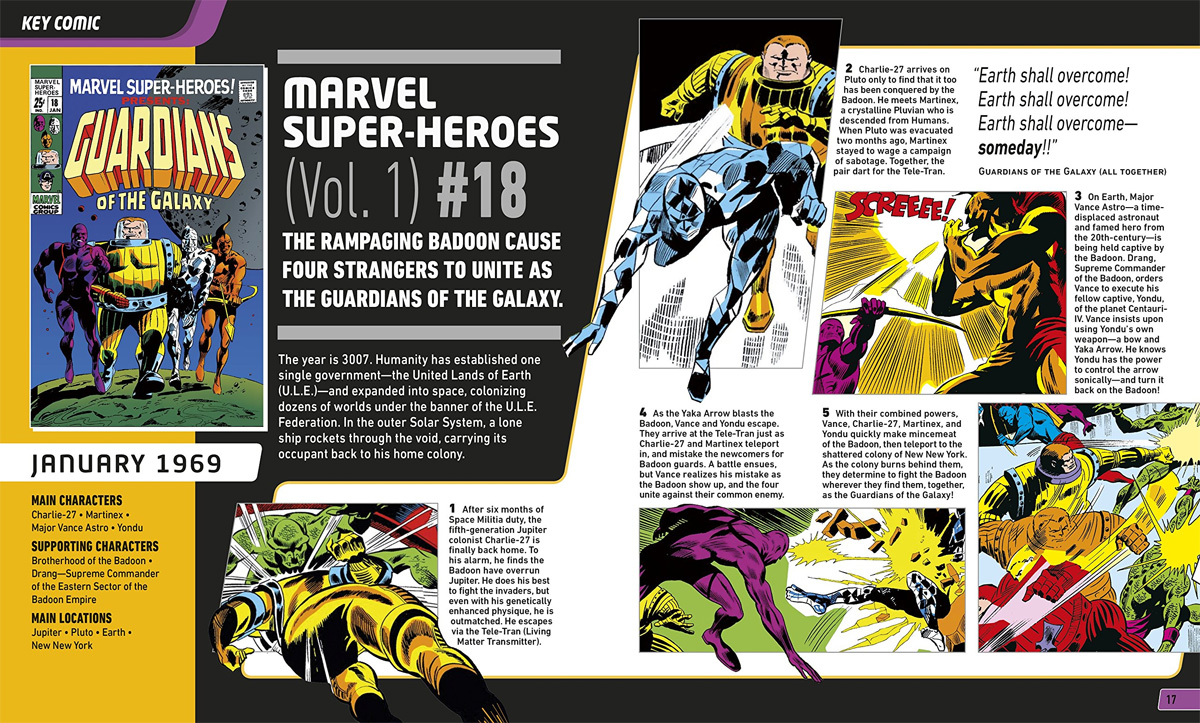 Although I knew that film, Guardians of the Galaxy were based on comics, I didn’t know that when they originally appeared in 1969, they were actually a group of heroes from the 31st century and not the present so knowing facts like that was a huge buzz to me. Furthermore, this Ultimate Guide is jam packed of information and beautiful images from the comics which explains the various incarnations of the Guardians that include the originals from the future, their revamped modern-era counterparts to the relaunch of these characters that occurred in 2016 thanks to the universe-destroying event called Secret Wars. The current version of the Guardians is also the closest to the film and is probably my favourite incarnation of the group. 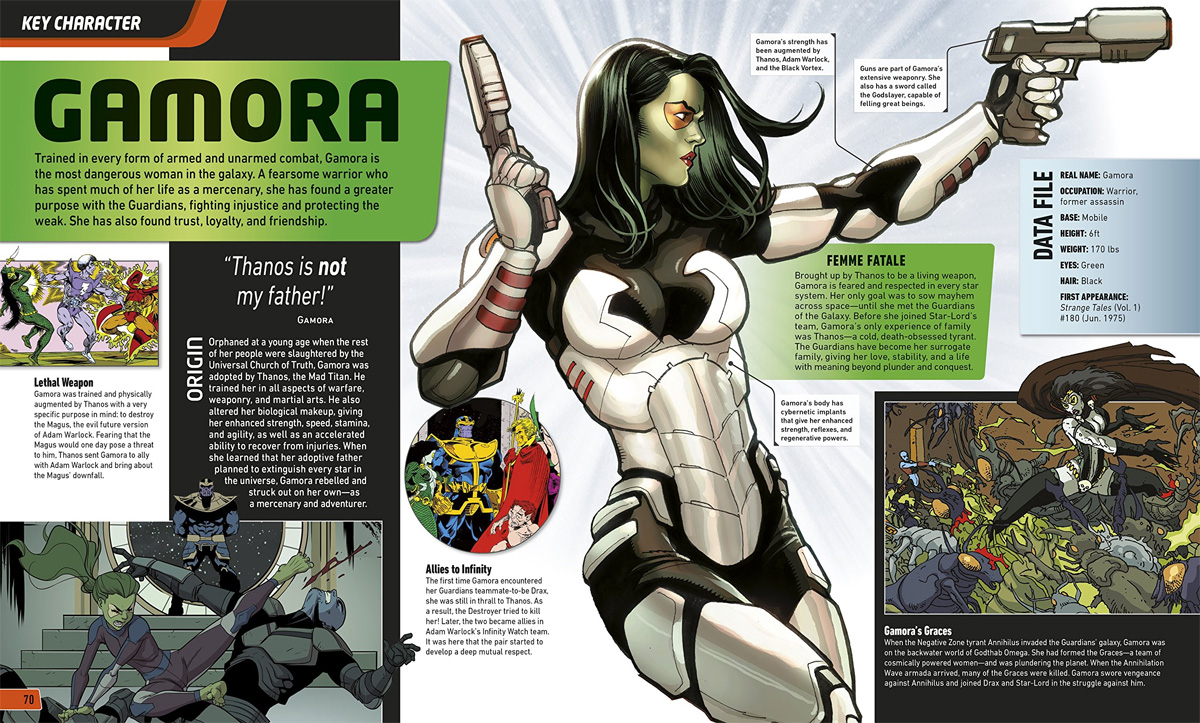 Guardians of the Galaxy The Ultimate Guide to the Cosmic Outlaws features a forward by comic scribe Dan Abnett, the 2008 writer of these characters who was given the task of creating a new cosmic team and after searching the vaults of Marvel, he stumbled upon the Guardians which helped lay the foundation of things to come as the world of comics was once again reintroduced to Star-Lord, Drax the Destroyer, Gamora, Rocket Raccoon, Groot, Adam Warlord and Phyla-Vell. As a result, the Guardians were reborn and found themselves again in this strange new universe as they vowed to protect the downtrodden as they challenged some of the biggest and baddest cosmic menaces to have ever graced the Marvel Comics Universe… did someone say Thanos? 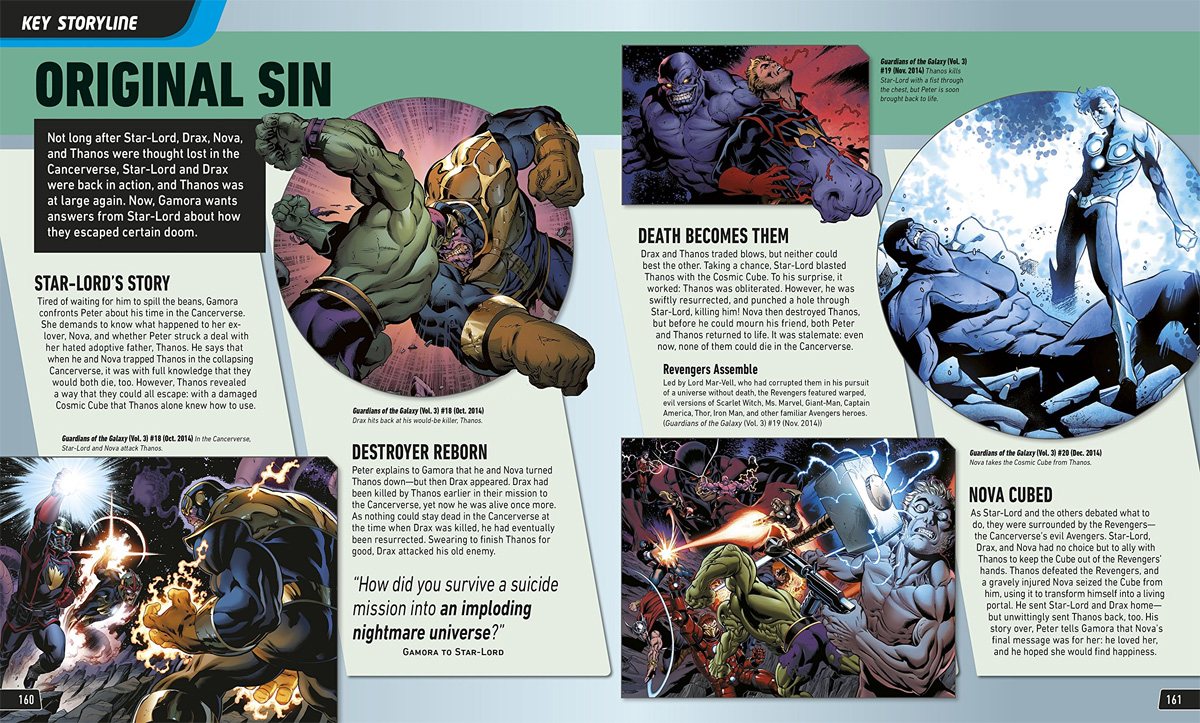 This beautifully presented hardcover book from DK with its gold coloured page edges is split into four sections that include 31st-Century Guardians, Guardians Begin to Gather, Guardians of the Modern Era, Guardians on the Run and finally, Guardians for the Future with 200 pages of Guardians goodness. Apart from the timeline, it’s nicely set-up and quite succent in terms of the information provided. The book also highlights each of the main characters, including supporting characters such as the blue-skinned alien Yondu or allies such as Captain Marvel and Kitty Pryde which are key characters to the mythology of this franchise. For the main characters, they have a double-page spread which includes a blurb about the character, their origin, data file (e.g. real name, statistics, first appearance, etc) and also their powers.

Littered throughout this guide are great quotes from the 48-year history of the Guardians, their enemies and allies which really channels the characters from the Guardians. To complement this information, there’s some truly stunning visuals of both painted and coloured artwork that almost jumps out of the page. Given that the new film Guardians of the Galaxy Vol.2 has new characters, it was great reading about one of them called Mantis who is known as the Celestial Madonna and has powerful mind powers who happens to be a Kung-Fu master. I also like how some of the images use both classic (e.g. Silver Age) and modern images which makes the pages more dynamic.  Add in key storylines, themes and comics and this book is a truly the ultimate guide to the Guardians of the Galaxy. The last part of the book showcases on the involvement of the Guardians within the recent event called Civil War II that once again saw the Marvel universe split with massive repercussions with a great quote by Rocket Raccoon “We just lost everything we own!”. 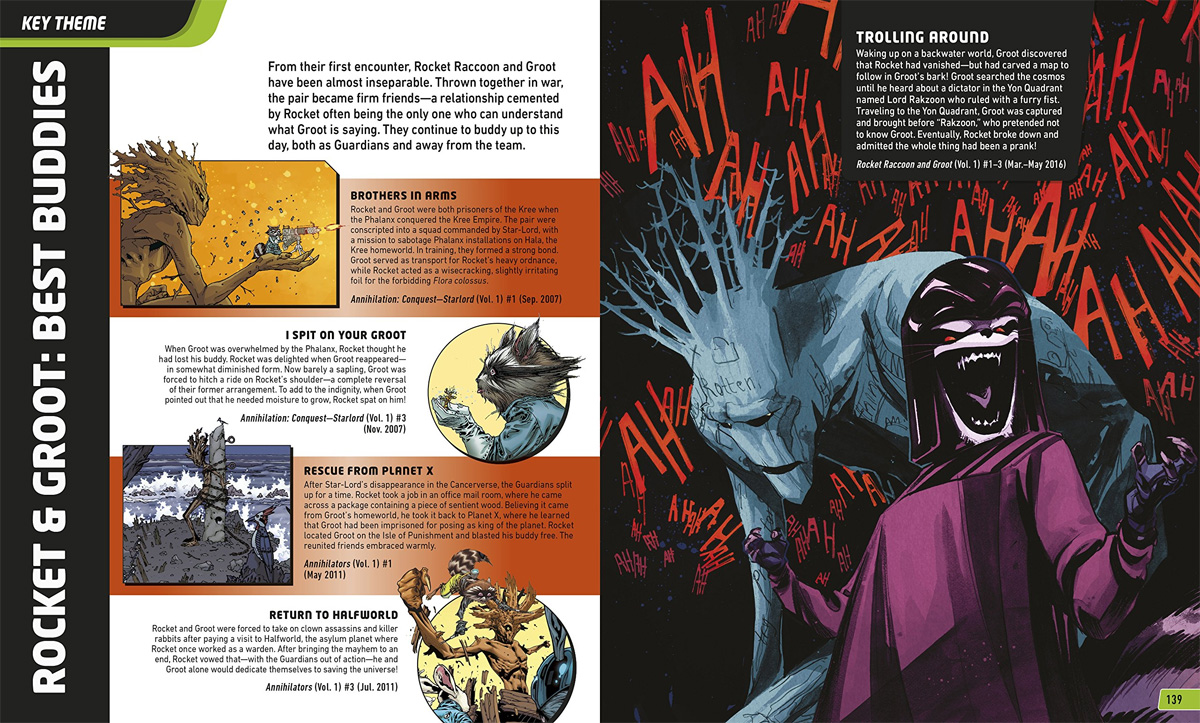 This great hardcover book from writer Nick Jones is a must have title for anyone interested in the Guardians of the Galaxy from a comic perspective. It’s filled with interesting information and about their diverse history, characters and key moments that is also a very enjoyable read. Besides the excellent information in this Guardians tome, the artwork is truly stunning and all in all, the Guardians of the Galaxy The Ultimate Guide to the Cosmic Outlaws is a very enjoyable read from start to finish that I’ll definitely be revisiting on many occasions to come. 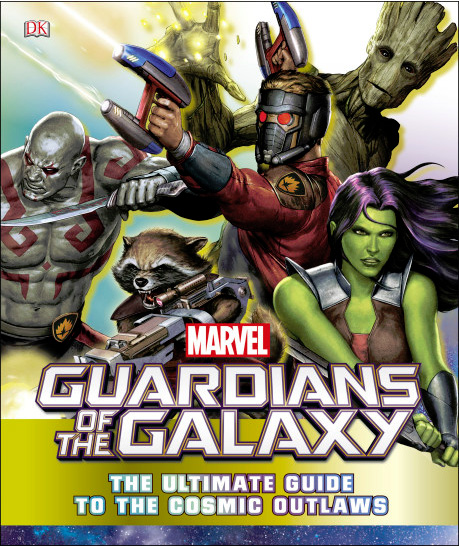