Summary: A visual novel in VR it may be, but it just doesn't inspire wonder.

The story of Alice in Wonderland (and Alice through the looking glass) have captivated readers for years and spawned many different re-tellings and reinterpretations. Some use the source material to forge new ideas with very clear nods of respect to the original, others take the original material and make it darker. Then there is Guard of Wonderland which takes the original material, makes it a bit darker and tries to take the viewer into the world much like Alice is drawn into Wonderland. The premise is great, the idea of being transported into Wonderland, the execution leaves a lot to be desired. 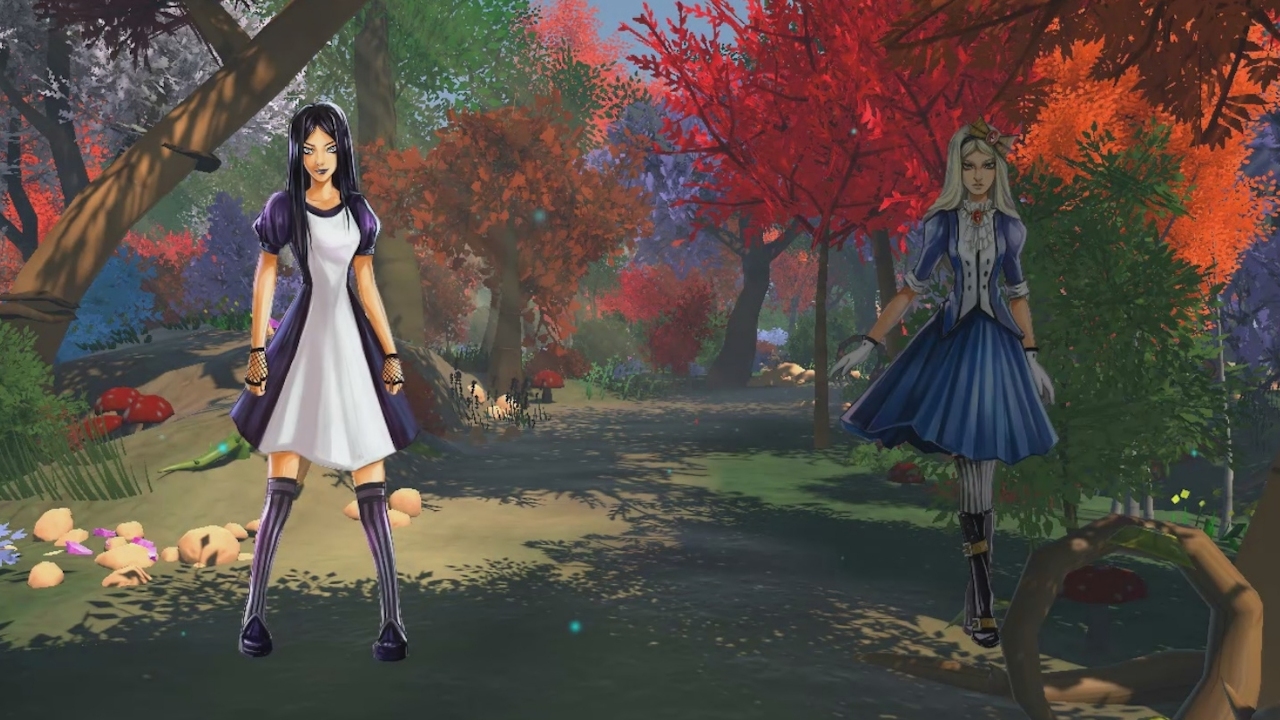 Visual Novels are an interesting genre in their own right. Essentially a digital story with minimal animation to bring a bit of life to the material. My personal experience of Visual Novels has been very hit and miss and perhaps due to translation issues I normally find them a curiousity rather than a joy to experience. Guard of Wonderland seemed an interesting idea… take a Visual Novel and put it in VR… unfortunately they haven’t really made much use of the medium to make it worth while. Typical Visual Novels are restricted to being depicted in 2D, the viewer is lead through the story in a very structured, direct manner. VR breaks that limitation, now I’m not saying I was expecting to be able to walk around Wonderland (thought that would have been fantastic), but being able to do more than just stand in one spot (ok so you can step to the side during battles to dodge.) really takes this medium that can open things up and instead bogs it down in one spot. I would even have been reasonably happy if you were restricted to the one spot but at least had the scenery change with each new stage of the story… but instead it’s as if all events come to you in your one spot, all characters, battles… all seem to take place in your one little area of Wonderland. 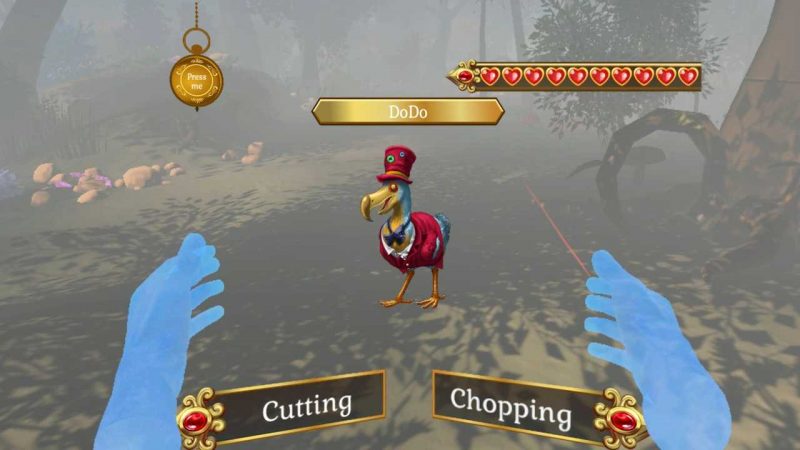 Going back to those battles I briefly mentioned, they barely count as interactive. You simply select which attack to use (of two options and it really doesn’t seem to make much difference which you use) and if the enemy is about to attack you step to the side to avoid it… that’s it. Visual Novels are typically fairly minimal on the interaction front but there hasn’t even been an attempt to really use the controllers to implement the battles, I accept that it would likely have been quite a bit more development to enable hacking and slashing motions… but it would have gone a long way to creating some immersion. 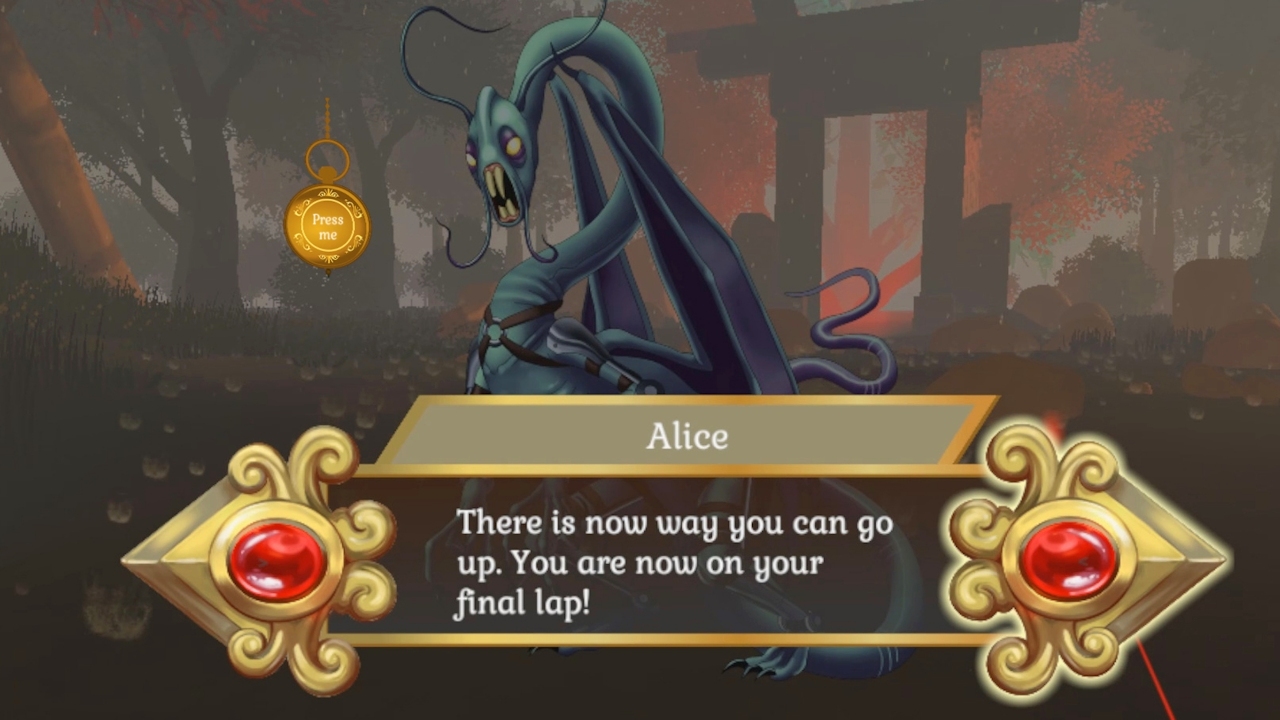 There are two characters you can choose from Alice or Alcie (see what they did there). The different choices lead to differences in the story but that’s not much of a draw to play a second time. I know the original stories played with language and had a poetic flow to them… in fact I quite enjoyed them, Guard of Wonderland attempts to capture some of that but ends up seeming like a poor Google Translate of a story. Perhaps in an attempt to force that poeticism or maybe more likely a true issue in translation, some elements of the story will have you scratching your head saying “I think I know what you were trying to say… but that doesn’t make sense… even in a crazy place such as Wonderland”. 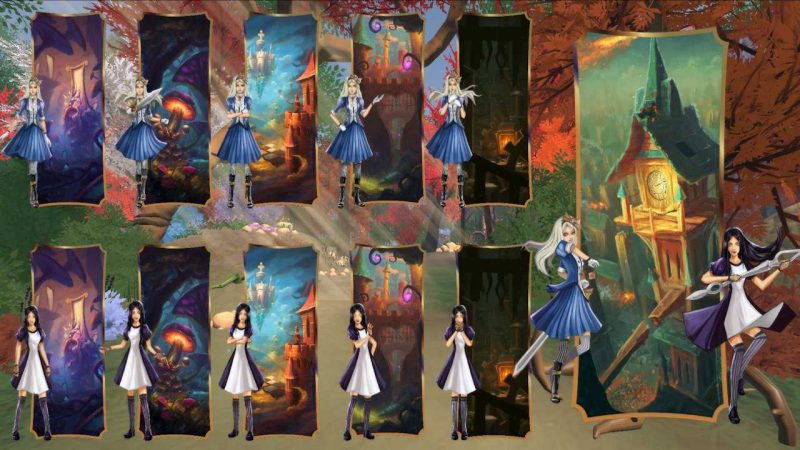 Overall I can’t recommend this. Perhaps to Visual Novel enthusiasts this will appeal, but for me they missed so many opportunities that VR provides and the writing is really all over the place. If you are going to dare to try it, please at least wait until it’s on special.