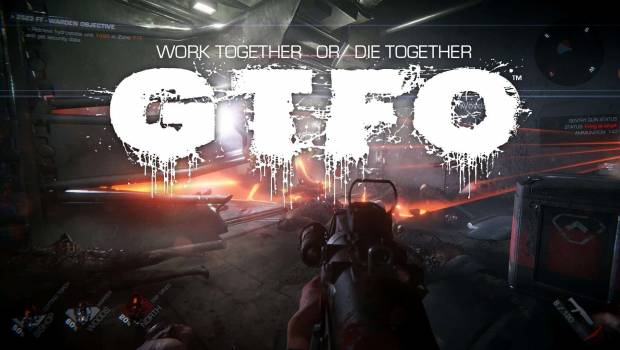 In December last year, Swedish independent game developer 10 Chambers Collective – formed in 2015 by nine industry veterans known for titles such as PAYDAY: The Heist and PAYDAY 2 – released their first game GTFO, a 4-player co-op action/horror FPS, in Early Access. It has been described as “Left 4 Dead meets Aliens”, and on June 11th it’s getting a massive update as a part of their Rundown concept, where the game is regularly updated with new expeditions (i.e. maps, scenarios, enemies, etc.) that replace the previous ones. The new update includes a new environment called “Lab”, and seven new expeditions, a collection of new weapons, and a horrifying new enemy. It will also introduce more storytelling – something there’s been a lot of theories around in the game’s very active community.

GTFO is a 4-player co-op action/horror FPS game, made for hardcore gamers looking for a challenge. The game takes place in a terrifying underground facility called “the Complex”, where your team’s survival relies on your ability to communicate, coordinate – and count your bullets. When released as early access in December 2019, it introduces a unique concept called the Rundown, where the developers continuously update the game with new expeditions, enemies, weapons, and other content – and these updates replace the old content, wiping the old. By doing this, their aim is to always keep the game fresh and exciting as well as to have the entire community focused on the same set of objectives.

The upcoming Rundown, the third since the game’s release and set for release on June 11th, will be named “The Vessel”, and among other things – such as the new environment, expeditions, and enemy – introduce more of the game’s backstory. While not disclosing anything visual about the new enemy, the sounds coming out of it are apparently recorded by one of the team member’s younger family members (!).

“The story of GTFO has been somewhat of a mysterium, and we also want to keep it partly that way and not disclose everything about it openly and easily accessible, as it brings together the community in discussions and helping each other find the clues and figure out how they all fit together”, says Simon Viklund, member of 10 Chambers. “In Rundown 003, The Vessel, you will be able to find more of these clues and start getting a better picture of what is really happening down in The Complex.”

10 Chambers Collective has been investing in the development of GTFO towards version 1.0; hiring help with storytelling, art, and design, as well as voice acting – keeping on in their high priority of the game’s sound design.

“For help with the story, we have Adam Gascoine, who has previously been working on games such as DOOM, DOOM Eternal, and The Last of Us. We have also added strength to programming, and design and illustration – where we have found someone very fitting for GTFO”, says Ulf Andersson, founder of 10 Chambers.

The new Rundown will also add Steam Trading Cards to the game, making it possible for players to collect and trade GTFO themed cards.

GTFO already has a very active community, especially on Discord where they’re one of the largest servers with over 185.000 members. This Discord server is used for people to find team members as well as discussing the many mysteries of GTFO or helping new people understand the game.

This new update, named The Vessel (Rundown #003), will be available June 11th, 1 PM CET, to everyone that owns GTFO Early Access.

GTFO Early Access is available on Steam for $34,99. The game will be regularly updated with new content.