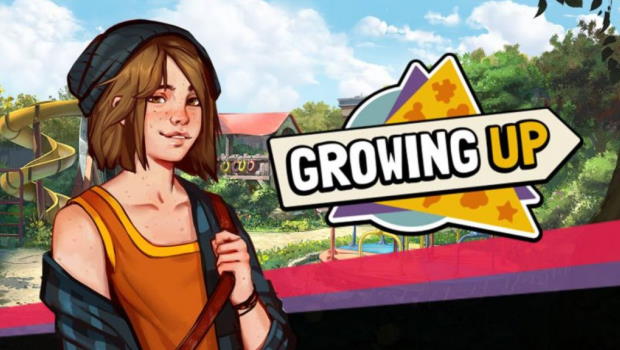 Like many people, I enjoy a good match 3 type game and when I saw that Growing Up had elements of that mixed in, I was intrigued to give it a try. I was then pleasantly surprised by the character stories and how emotional they could be. 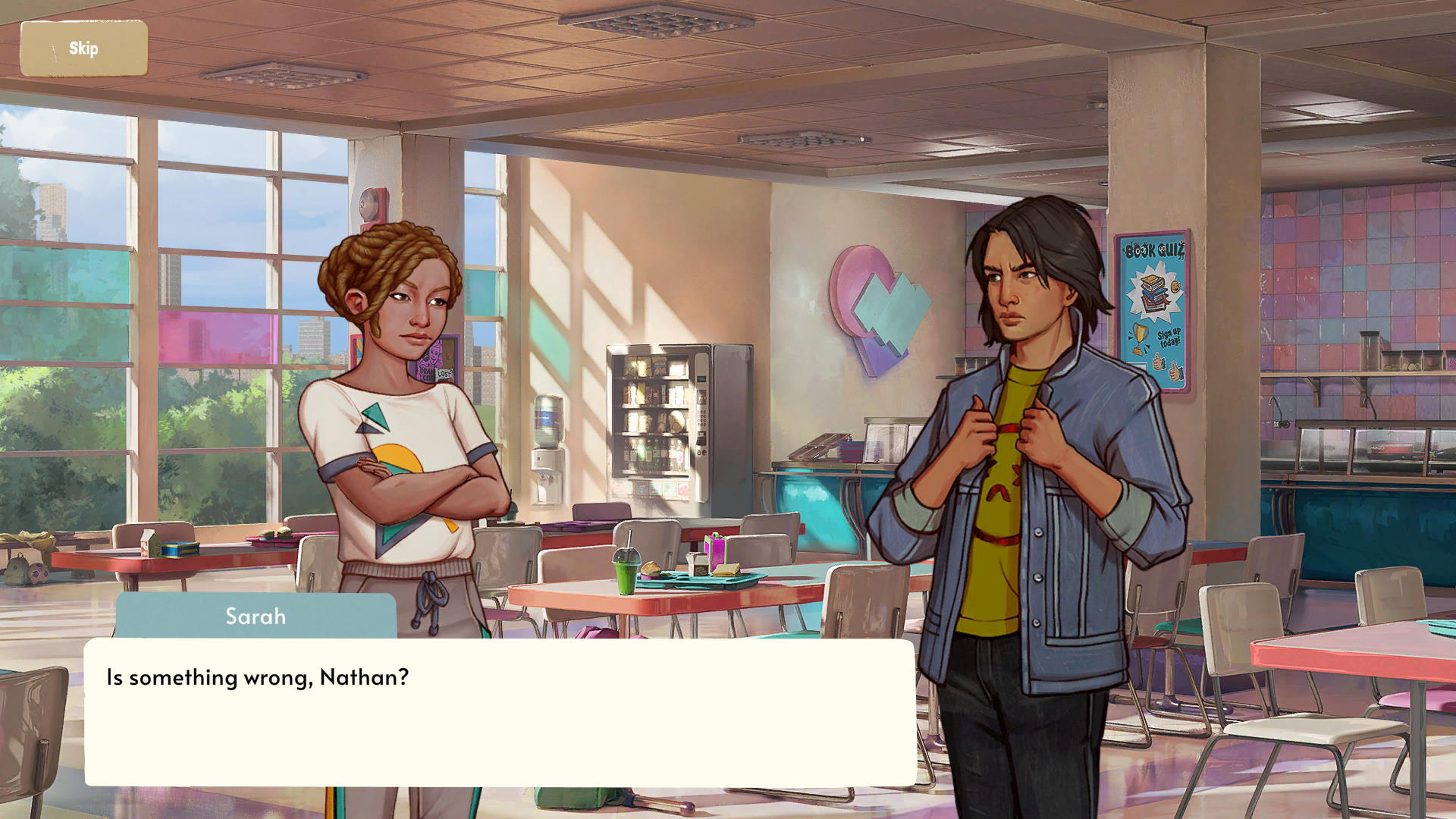 The core idea, as quite evident from the title, is to grow from a baby to an adult and to experience that journey at key steps along the way. The game is set out in stages, essentially beginning with what you learn from your parents, talking, walking etc then moving into early childhood education, then schooling all the way up to graduating high school. As you move through each stage you will meet people who (some what inevitably) become your friends and will play a role in how you develop. 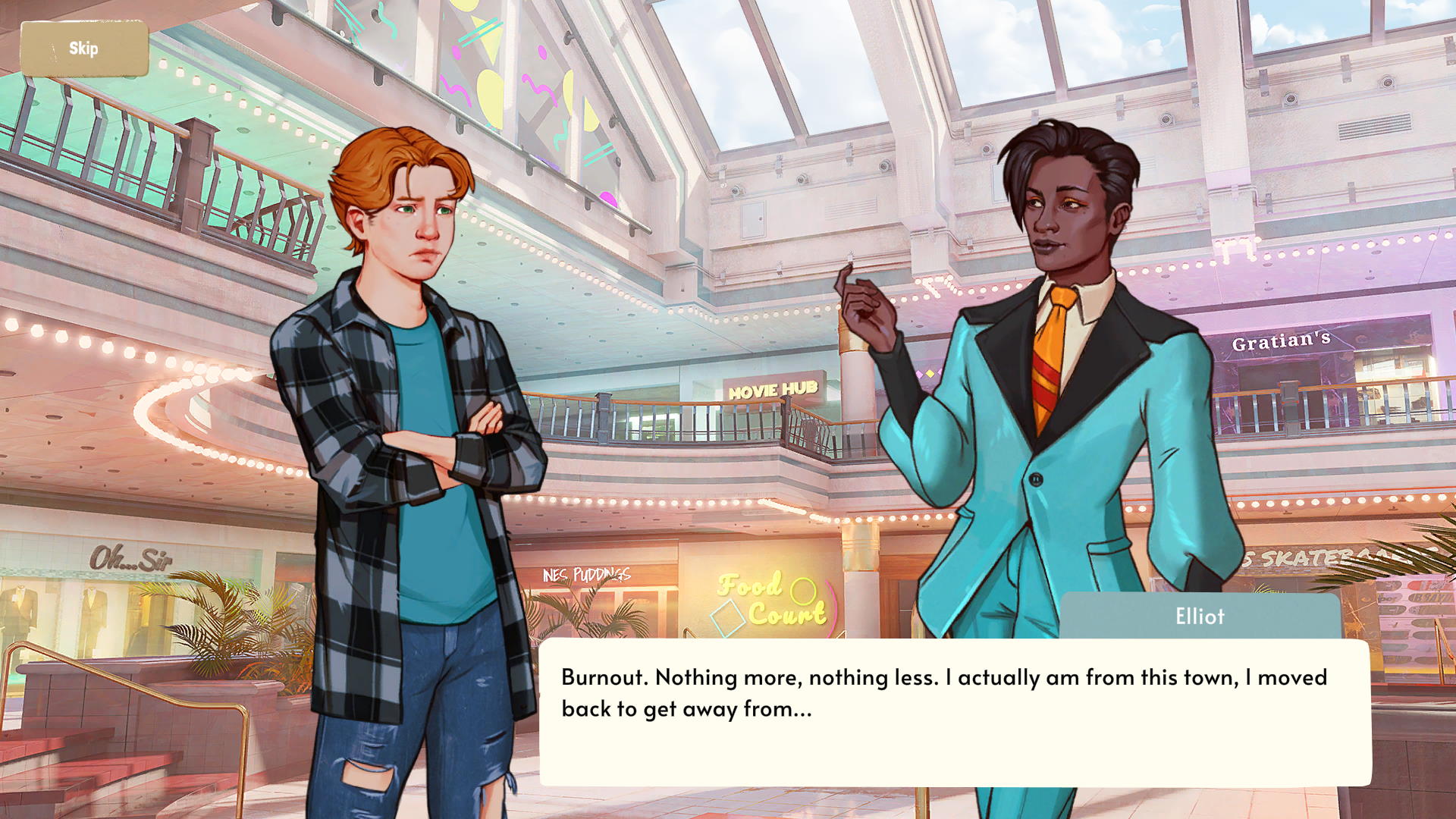 The gameplay is where it gets a bit interesting. For the most part this is very much like a somewhat more interactive visual novel, moments of dialogue broken up with binary answers “yes I will help out around the neighbourhood” or “no, I want to do my own thing”… that sort of thing. The choices do matter, but only to some extent. As an example, on one play through I kept bumping into a character who was presented as very superficial and a bully… every time an option came up to engage with her or ignore her… I ignored her, she ended up not really featuring much in my story… but it’s clear to see how engaging with her would have presented a different “friend” outcome at the end of my growing up session. 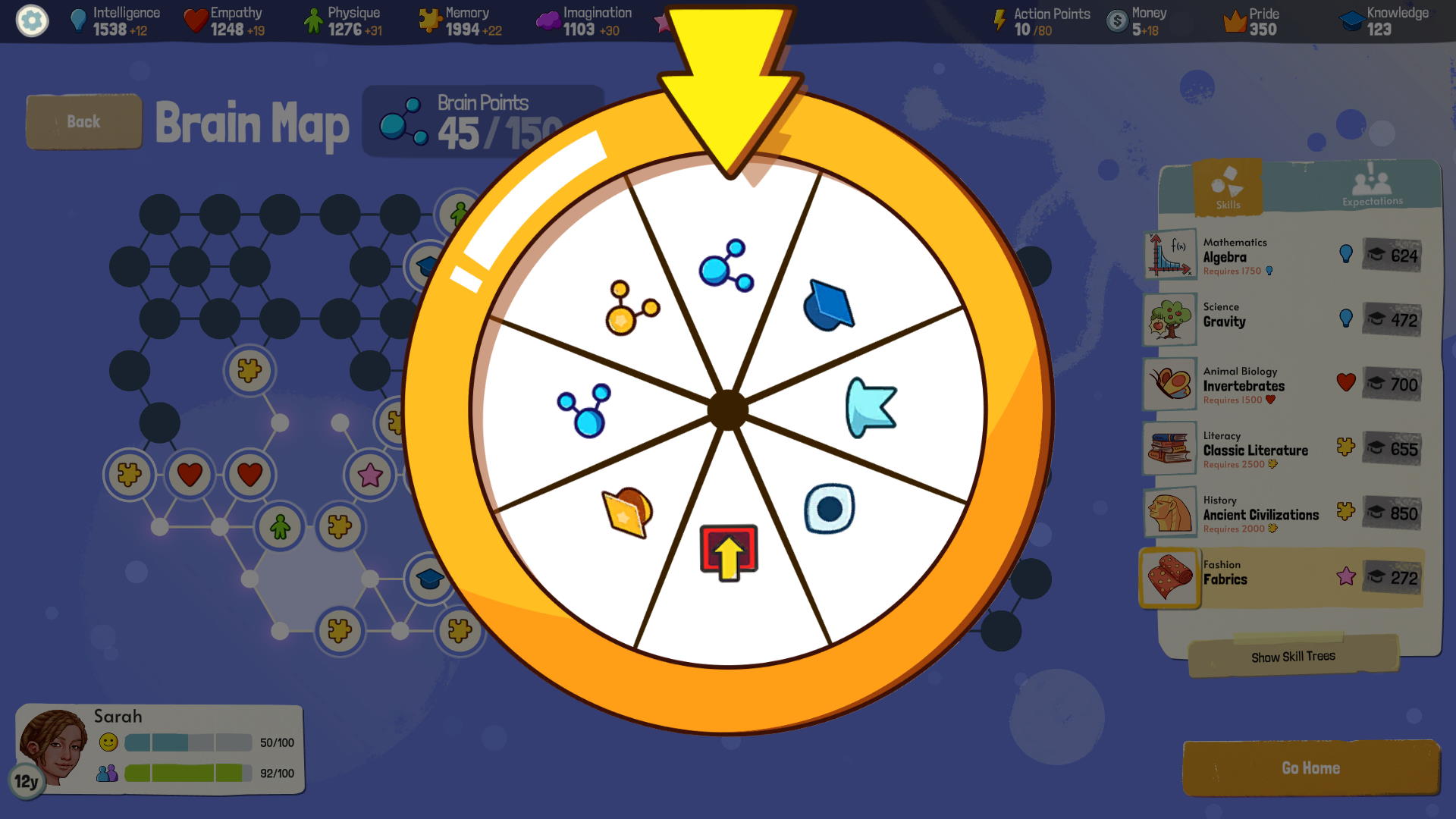 The thing that really makes a difference is related to that match 3 mechanic. It’s kind of a match 3 “style” with a points system… activate enough blocks and you get points in different academic areas that you can then spend on exam answers (the matching mechanic shows up at the end of each growth “phase”). How well you do in the match game is basically determined by how well you study when you allocate time to subjects and how much time you get depends on how you do collecting personality tokens in the brain map (an interconnected web with attributes you can collect but you only get a certain number of moves to collect all you can). The match mechanic and the brain map grow ever more detailed as you progress, adding new elements to help (or hinder) your progress. 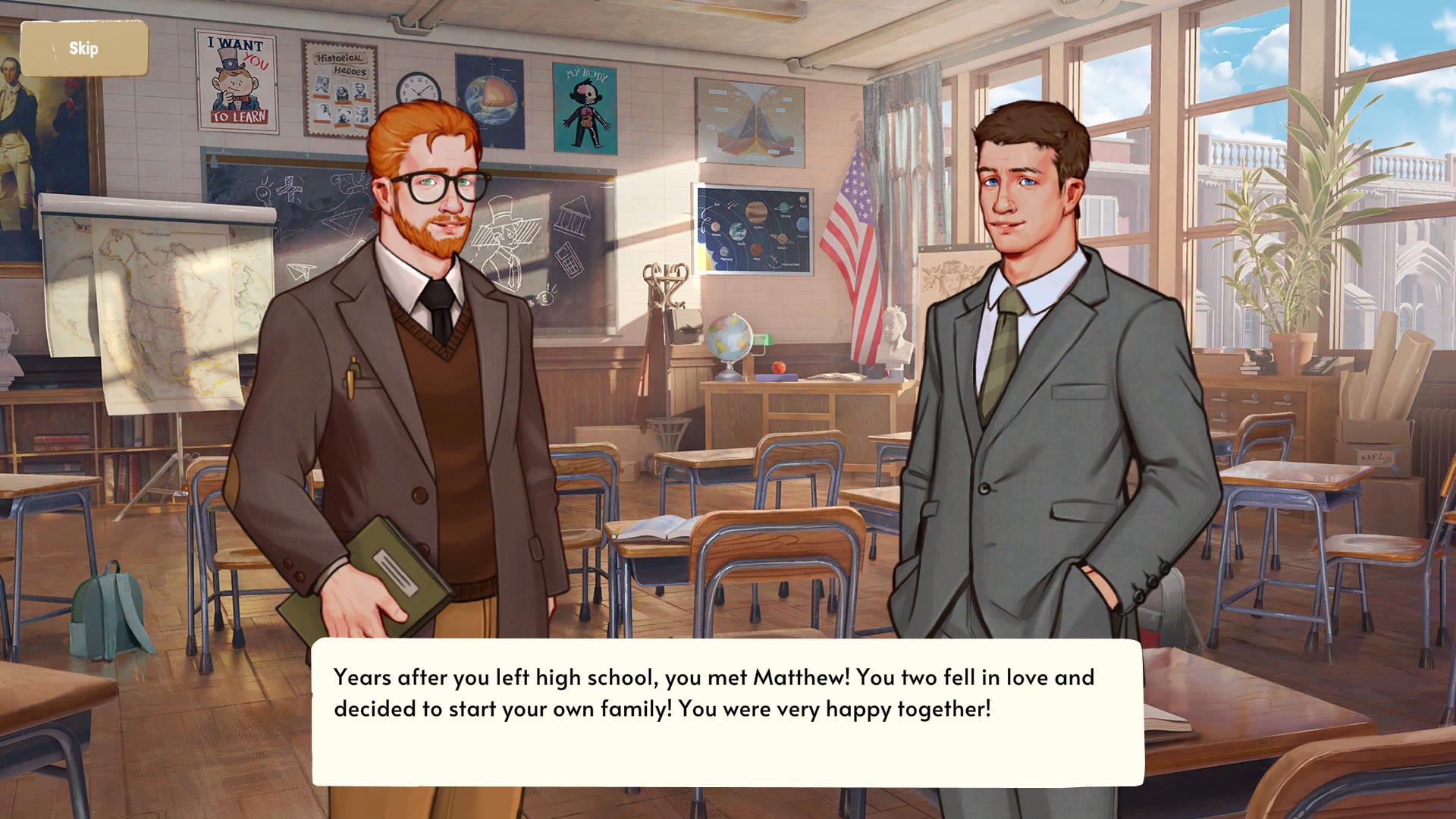 I played through a few times and I generally like taking a “care free” approach, not really focusing on a given field of study… this soon presented some issues for my future prospects. On my second playthrough I had a better understanding of the way things worked and managed to become an astronaut (quite happy with that one). I’m not entirely sure what all the profession options are (but they do provide a good lure for further playthroughs)… I was hoping to become a paleontologist but I didn’t have much luck there. 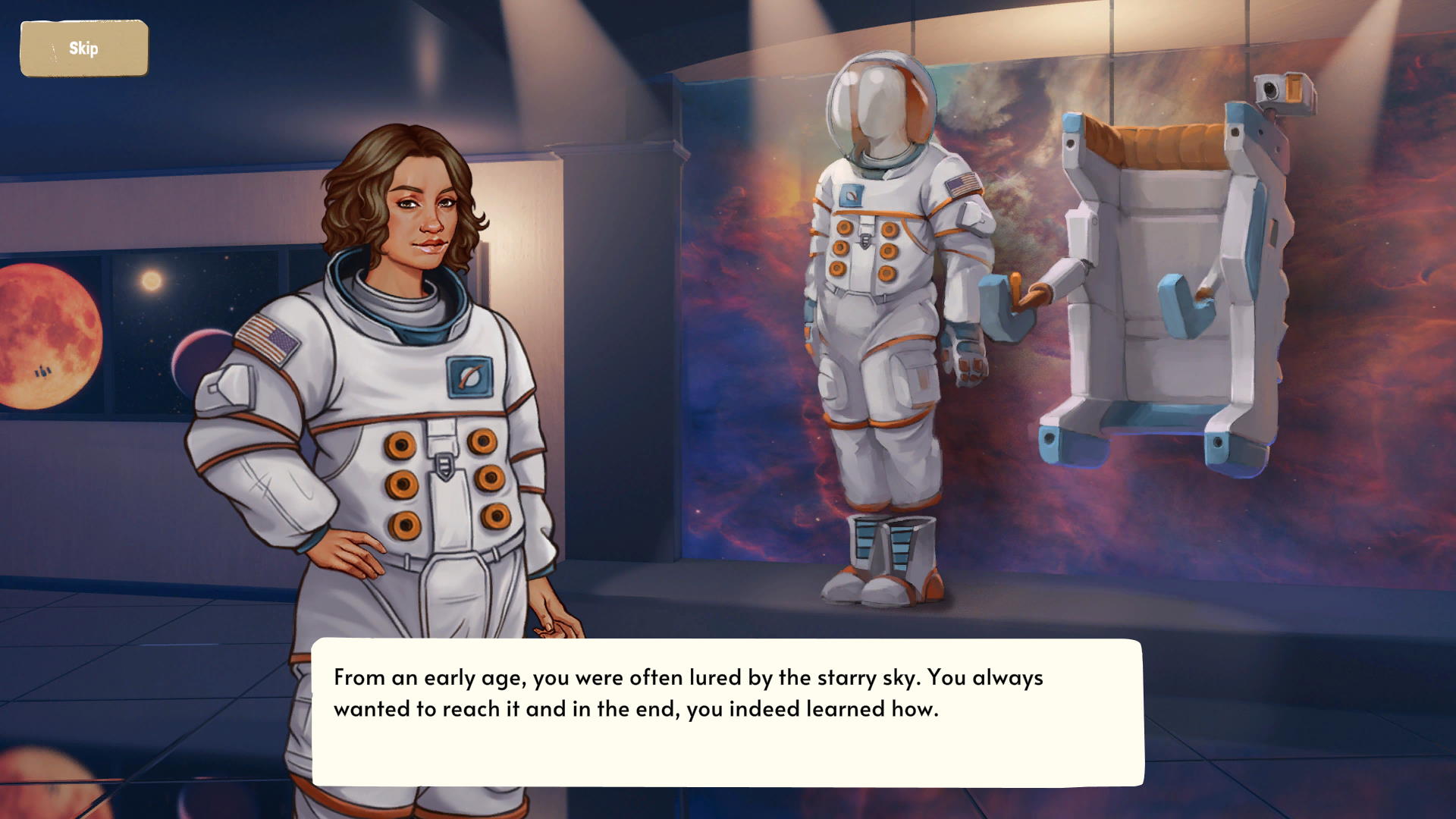 I quite enjoyed getting my mix of leisure activities and study right and figuring out how to use the brain map to maximise the time I could allocate to everything I wanted to achieve. Once you understand the way the points system works it does make it possible to build up a more respectable amount of time to use for different tasks. 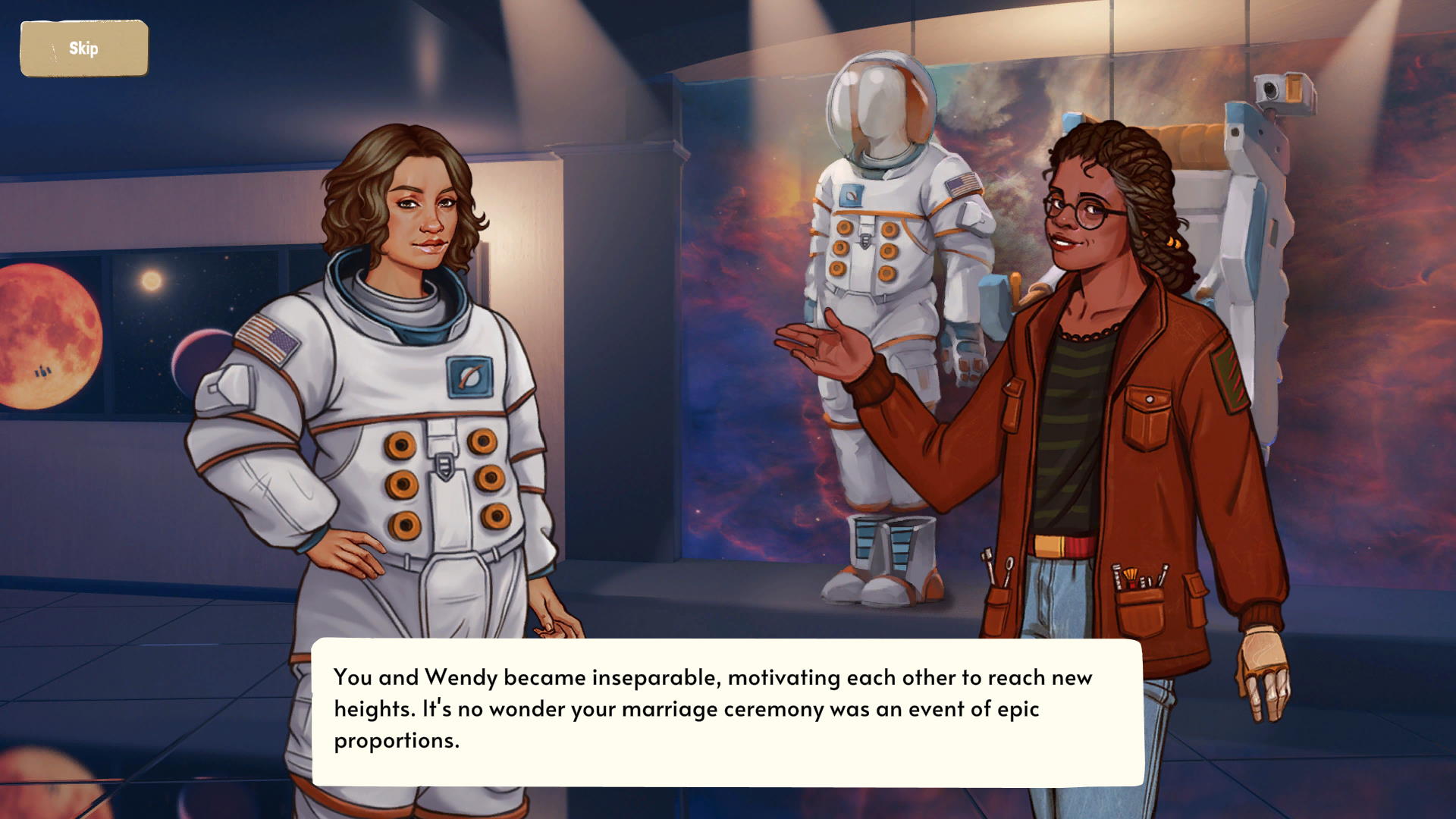 The limitations come about in the fact that parental tasks are pretty set in stone, that is… whether you agree to their requests or not you are still expected to do them (which to be fair is pretty realistic). The comments from the parents at times seem pretty harsh (especially in how they bring up the notion of physical fitness). Though there are plenty of stories to uncover… you will start seeing repeated stories pretty quickly after one or two playthroughs… fortunately you can click through them pretty rapidly and then choose some other options to see how things work out. When you complete a run, whether you managed to partner with one of the people you met or not… you will be told that you eventually found a partner and either gave birth to a new child (or adopted if you went for a same sex marriage) and the cycle starts again. But time doesn’t move forward… your new playthrough is still in the same decades that your previous one was, which means it feels a bit like Groundhog day.

Ultimately I came for the matching game and stayed for the stories as there are some really lovely ones here… I think my favourite (so far) was with the cheerleader and her difficult life with her famous mother and sick brother. A big recommendation if you like either visual novels or matching games.