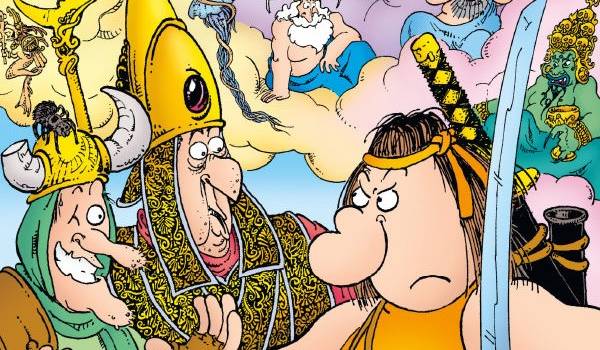 Summary: A hilarious read that will have you hooked.

The Groo graphic novels/ comics have been around for decades and I remember when I first heard about them when I was a kid. This is my first venture into his tales and I can honestly say that I’m surprised by how much I really enjoyed this simple little graphic novel. This follows along Groo, a very idiotic barbarian that literally ruins everything around him with just being there. His ultimate mission in this tale is for the search of the best cheese dip in the world. Hilarity follows him in every movement as he ultimately changes the course of the everyone’s lives around him. Groo’s dog, Rufferto follows him around as he adventures throughout this book and interjects little side comments throughout. He reminded me of Garfield in his way of making fun of the actions of Groo, similarly to how Garfield makes fun of Jon. It was quite funny to read. 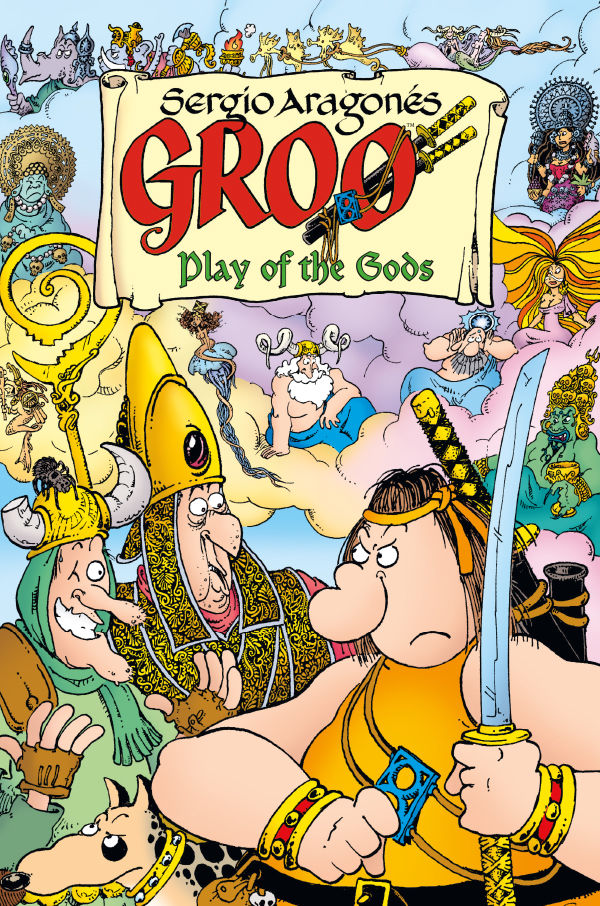 Throughout the whole piece, we see not only the adventure of Groo but also the reactions of the Gods watching everything going on below them. The queen of the land is trying to spread out into other lands surrounding their own and spread the word of their one god to these lands. Each of the Gods blames Diothos for the fact that he is the only one that they are trying to worship and anyone believing in anyone else is getting hurt for it. As a famous sailor leads them to the land that he discovered each person has their own plan. The sailor wants to get gold for himself and leave the others. The priests want to spread the word of their god no matter what the cost, even if they have to hurt people (this actually becomes a funny joke throughout). Groo is tricked into coming for the best cheese dip and no one really wants him to come along.

What I really liked about the style of writing was the switch back and forth between the gods and the humans that they are arguing about. It was an interesting and rewarding choice in creation because this just added to the humor. 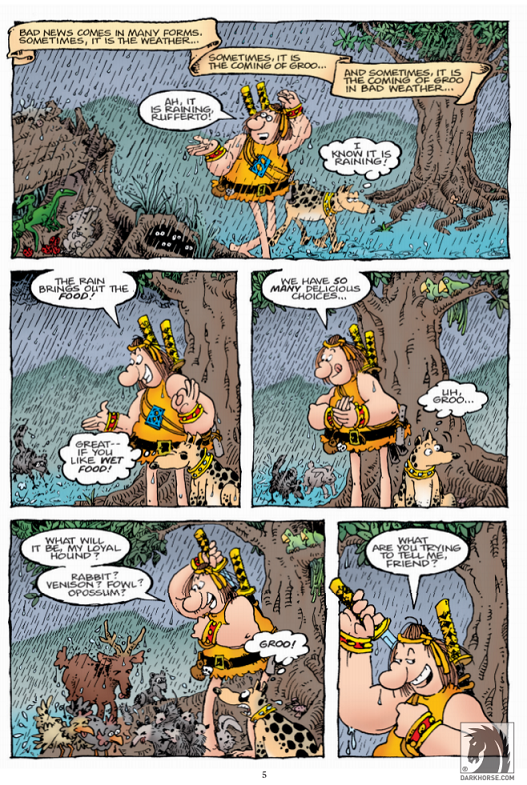 The art style is wonderful to look at. It still has this old type of style with bright popping color for each of the characters. Each character stands out with their own specific styles that fit their characteristics. One of the best scenes is when the citizens of the new land start thinking up new gods. There are really ridiculous ones such as The God of Repetition (who then repeats everything he says multiple times throughout), The God of Spelling Things Backwards, and my favorite: The God of Procrastination. Each of these gods looks different from each other and many have a look that matches what they are gods of. The more gods added to this scene looked great together.

The lettering really is nothing too spectacular but it goes along perfectly with the style of the drawings and the coloring. All of the dialogue stands out great against what is happening in the images. They look great together. 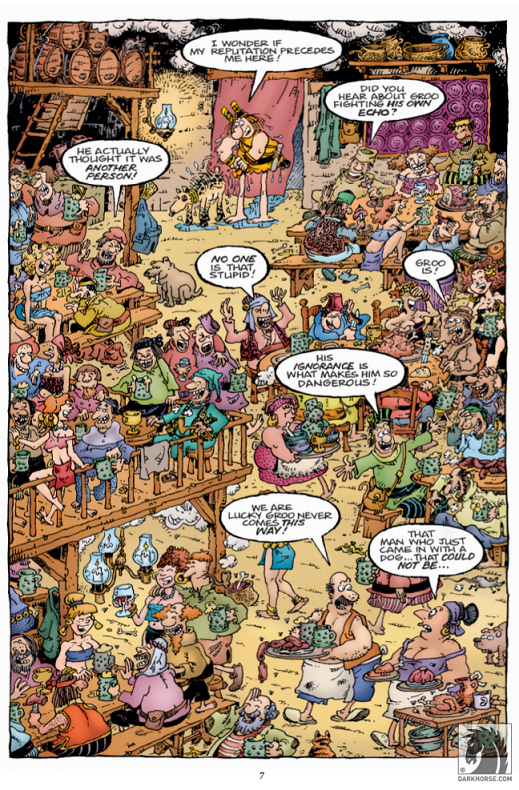 This is the graphic novel that I wanted and needed to read at the end of the year. I loved the humor and the style of each panel. Groo was a character that grew on me almost instantly. The poor guy keeps messing up everything for many of the people around him and many will run away to avoid him. He doesn’t even seem to realize or care and I found him enduring. The only downside that I really found in this piece was how slow it was at the beginning. It took me quite some time to actually get into this but once I did I was hooked. The art style and writing style make for a great experience. I cannot wait to read more of Groo’s tales from the past and any more that will come out.