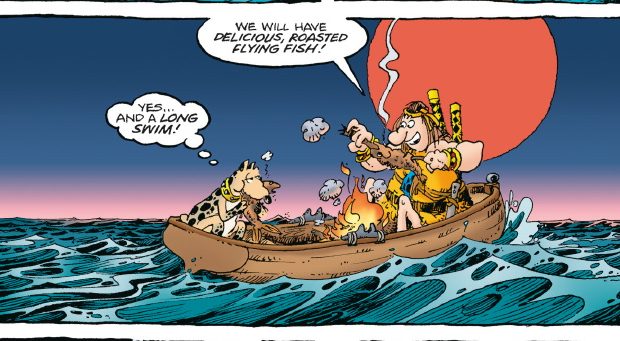 Summary: A fun story and a bit more high concept than you would expect from a story like this. Worth a look.

Groo the Barbarian and his faithful hound Rufferto (who speaks sense but cannot communicate it with Groo due to being a dog) are once again adrift in the ocean due to every ship Groo boarding ending up sinking due to his own incompetence. He also manages to do similar by cooking fish on the fire on their wooden rowboat.

Due to Groo’s reputation people have began speaking of him in reverence and somehow he now appears on the celestial plain with the Gods and immediately causes as much trouble in heaven as he does on earth.

This is very silly and very meta but also a shrewd satire of organised religion that will no doubt sail over people’s heads due to being in this format. I enjoyed the story and the way it is illustrated and the characters seem quite fun. I like the way the different Gods interact and it reminded me a bit of the Journey to the West stories where Monkey King goes to heaven and the celestial beings are all just hanging out.

I have enjoyed the work of this artist in Mad Magazine for many years and it is great to see something like this out and I would actually consider buying it in print if I could find the trade paperback edition of it.

I would recommend this one to fans of this artist and the character as it is something a bit different and slightly higher concept than you would usually see in such a work. 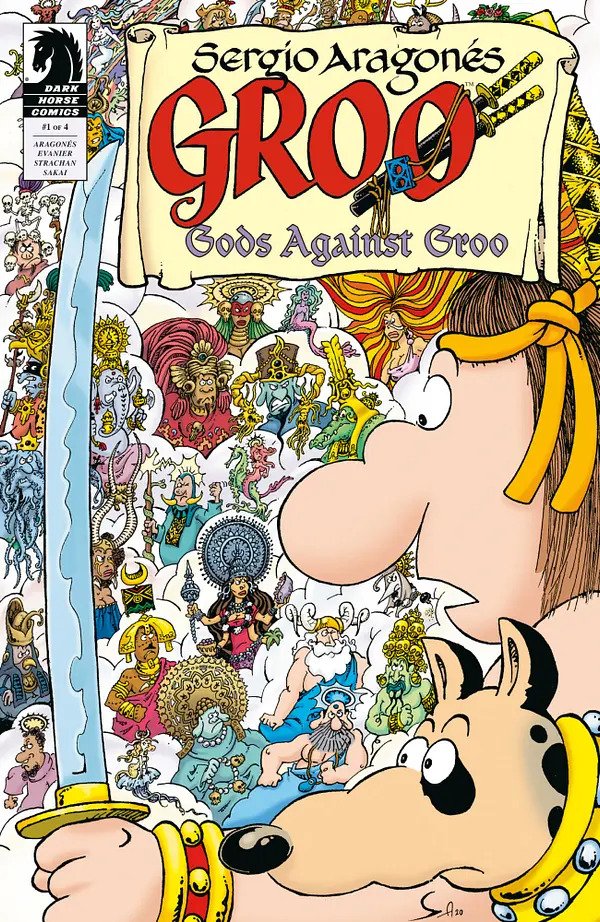