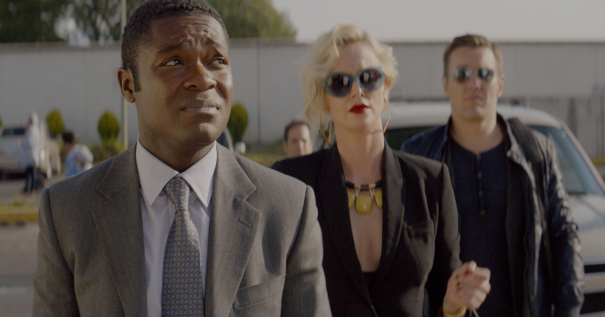 A dark comedy mixed with white-knuckle action and dramatic intrigue, GRINGO explores the battle of survival for businessman Harold Soyinka (David Oyelowo) who finds himself in over his head after traveling to Mexico. He soon crosses the line from citizen to criminal while tangling with shady colleagues, international mercenaries, drug lords and the DEA.

GRINGO releases in Australia and New Zealand on May 10, 2018.