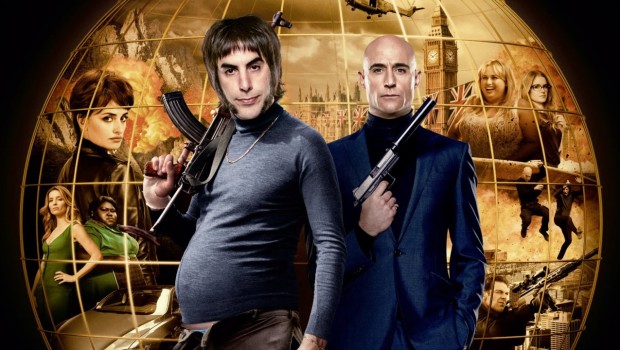 As an entertainer Sacha Baron Cohen thrives on chaos; outrage is his bread and butter. As Ali G, Borat and Bruno among others, he has become a household name for inhabiting these alter-egos while performing outrageous stunts and getting into outrageous situations. It is not without reason that I use the same adjective twice in a single sentence, it is because this outrageous factor is what makes Sacha Baron Cohen shine as a comic performer. Typically, he is at his strongest when interacting with real-life, unknowing participants to his work as opposed to scripted pieces. Manufactured outrage can never compete with the real deal of his previous stunts, a fact which does not bode well for his latest scripted film Grimsby, written by Baron Cohen and frequent collaborator Peter Baynham alongside Phil Johnston. It then comes as a surprise that Grimsby does deliver the outrageous laughs that one would expect from its’ star, even if only for several fleeting moments.

Grimsby tells the story of two brothers separated for twenty-eight years, their lives diverging from when they were children. One one hand there is Sebastian Butcher, MI6 agent and action hero played by Mark Strong. On the other there is Norman ‘Nobby’ Butcher, football hooligan and lowlife, a staple denizen of their fictionalised Northern England hometown of Grimsby. Whilst following Sebastian, the film has a competently handled action aesthetic, more so than expected from a spoof  but unsurprising as the film is directed by Louis Leterrier, who helmed the first two Transporter films. When following Nobby, the action entails slipping over with a firecracker up his arse then being hit in the balls so it shoots out a window. That’s the level most of the jokes are on. Inevitably, the two reunite and the line between action and Nobby’s antics blur as the brothers Grimsby set out to stop a global terror plot.

As a character Nobby is weaker than other central roles played by Sacha Baron Cohen. The scripted format of Grimsby makes the fish-out-of-water scenarios the actor is known for have a completely different dynamic. Nobby quickly becomes a predictably frustrating dullard with many gags falling flat; him refusing to get out of a car sinking into a canal until the end of a football match comes to mind. However, he does get some great lines interspersed throughout the film. Audience preference – or rather tolerance – for film’s gross-out, cringe-worthy humour will be the determining factor on enjoyment. Even though it employs standard comedy callbacks and escalation it is what Grimsby calls back to and the lengths to which it goes that are guaranteed to raise an eyebrow at the very least, even for the most impervious viewer. Such is the case with Grimsby’s most outrageous moment, which can only be described as Ace Ventura dialled up to eleven, it unfolds to an innocent’s horror but a deviant’s comic delight. Incidentally, it is fun to see Mark Strong brought down to the butt end of many jokes. 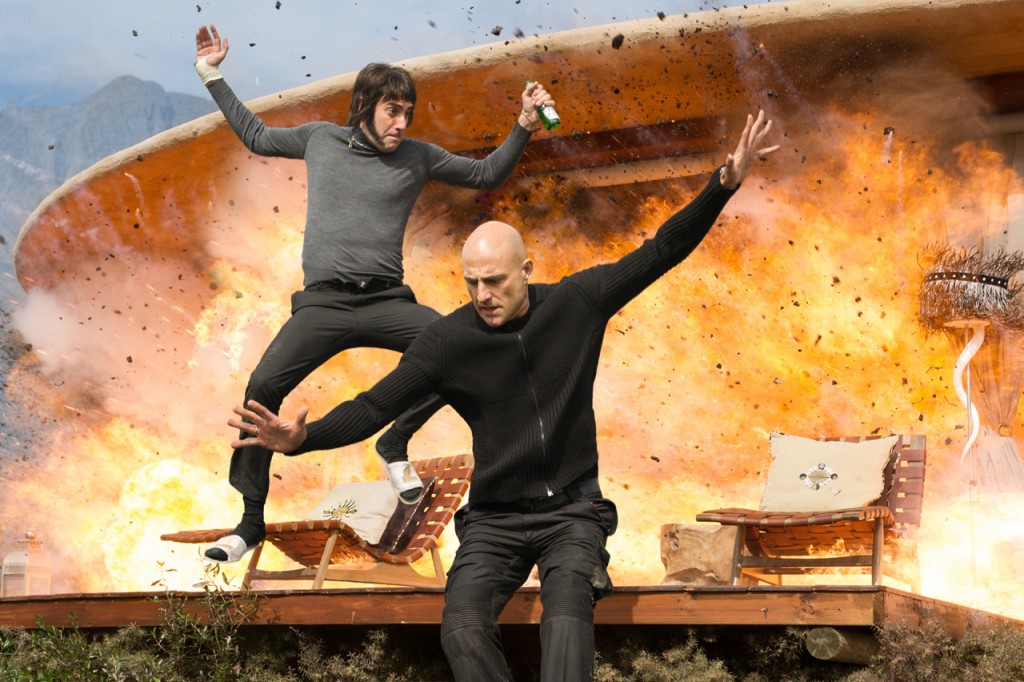 Underlying the comedy-action, Grimsby takes a misstep in trying to dramatise the brother’s past and separation. When not trying to be funny, the film feels mawkish and disingenuous. The drama does not gel well with the otherwise flippancy to murder, maiming and worse. When the film is trying to be funny though it worked for me, even though there are more misses than hits the gags roll in frequent and thick, I was consistently laughing throughout. The extent it goes to even elevates it above most other gross-out comedies, even if that is not exactly a high bar to clear. Ultimately, if a celebrities contracting AIDS from an Israeli-Palestinian youth peace ambassador sounds stupid or horrific stay far away from Grimsby, but if you’re curious as to how the virus is transmitted or who the celebrity is then Grimbsy is worth your time.

Summary: Hit and miss gags from this action meets comedy. Despite being scripted, it has surprising bite to compete with Sacha Baron Cohen's unscripted successes.