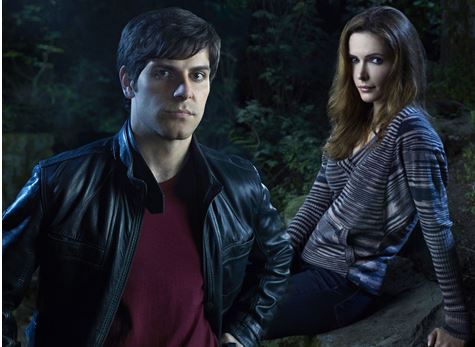 Heads up to all the Grimm fans: IRL couple David Giuntoli and Bitsie Tulloch are heading to Oz Comic-Con Sydney and Brisbane in September and October.

David has spent six seasons as police detective Nick Burkhardt, who discovers he is descended from a line of hunters, called Grimms. Grimms fight supernatural forces and are tasked with keeping the balance between the human world and the supernatural.

Previous to starring in Grimm, David had a recurring role on Privileged, alongside Pretty Little Liars star Lucy Hale.

David is joined by his wife Bitsie Tulloch, who portrays Nick’s love interest, veterinarian Juliette Silverton, from seasons 1-4. In season 5, after dying, she becomes Eve, a woman with all Juliette’s memories, but no emotional attachments.

David and Bitsie join Ian Bohen from Teen Wolf and Michael Malarkey from The Vampire Diaries for what is shaping up to be another knock-out guest line up.

Brisbane: 23 -24 September at the Brisbane Convention and Exhibition Centre

With tickets now on sale, it’s the perfect opportunity to secure your pass to Australia’s favourite Pop Culture Expo.