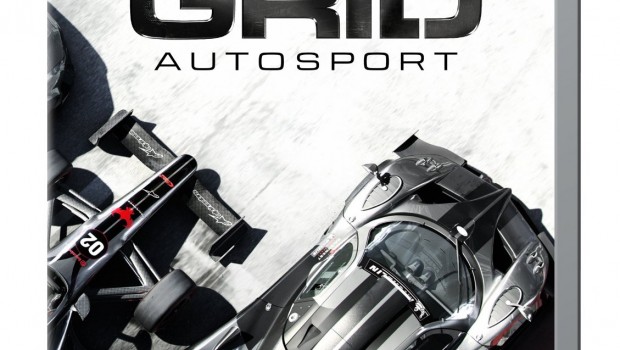 Summary: Even with a not so strong career mode, the racing can still be fun.

Codemasters seems to know there stuff when it comes to racing games. Grid Autosport hit us with a few delightful surprises during game play that made us want to continue on through the career mode and see just how much more excitement we could squeeze out of the game.

Easy access menus make things more than easy to get down to the bits and pieces a player would want to get to. One the main screen at the bottom one just has to toggle across what the game has to offer. Career mode, Online Play, Custom Cup, Split Screen, Options and Extras, there is enough here in the options alone to make sure a majority of gamers playing this on the PC will have a smooth ride. Lots of things once again to be able to fine tune on your car to give you an edge on the other racers, or at least assist you into a better position. 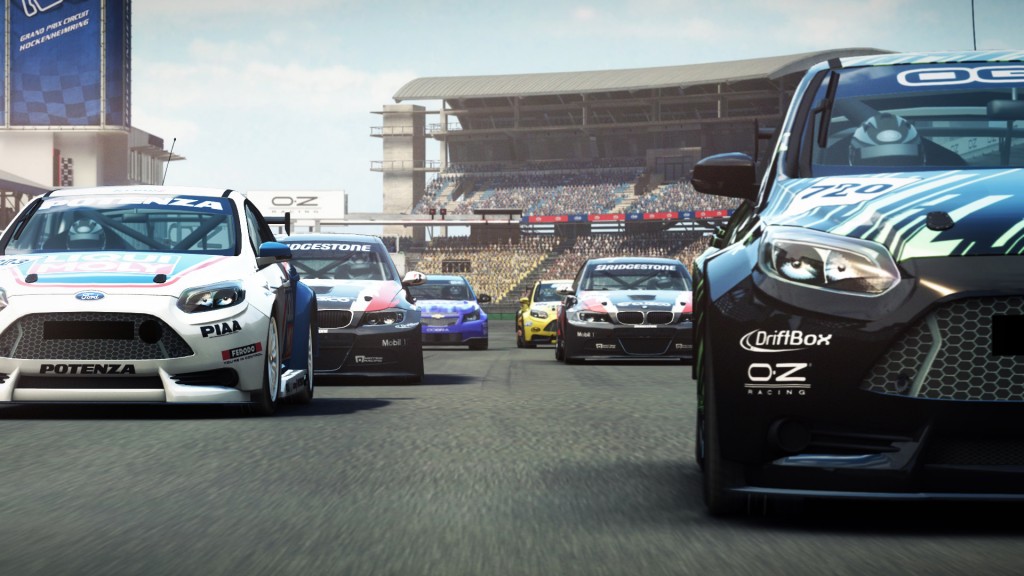 The game can be more simulator than arcade like, depending on the player’s preferences.  In the settings menu the player can turn off any and all assists if they like, or have some assistance turned on so they don’t have to worry as much with certain parts of racing and just enjoy driving the hell out of the game.

I myself am more of a casual racer, I enjoy jumping into a race game from time to time. Surprisingly enough Grid Autosport just pulls you in. If it does it to just a casual racer, then I can imagine that the more hard core racing gamer is going to enjoy the game immensely.

First and foremost the game has several different types of racing. From touring cars, to open wheel vehicle racing, Drift Cars, muscle cars…it just boggles the mind and made even me get the racing giddies. One would think that not concentrating on one type of racing would tend to make things watered down. Not true here. The racing in GRID Autosport is massive fun, even with the career mode hindering things a little. I just could not shake the feeling that the career mode was just not as much as it could be. the game has alot going for it in regards to races and tracks and cars…and that’s what made things worth the gaming experience…AI is not strong but the races and the feel you just had to get through the next race with your AI team mate and place as far as you could drives you on. 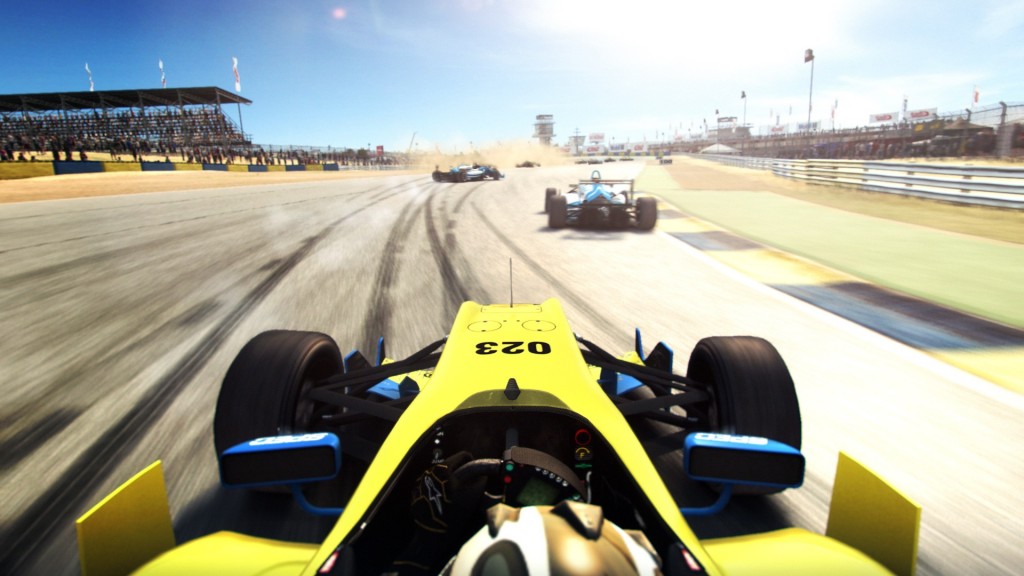 With the career mode, It’s simple and direct. Players work their way through race seasons. As the players progresses and if they place well their experience and skill levels grow, the final payoff is making it into the GRID series tournaments. It’s not all handed to you either, players have to win and place… but they have to race well and using driving tactics to get ahead in the tournament ladder.

Even with my using just a keyboard to control my cars, handling of the vehicles and responsiveness of the game in general just felt very right.  Racing in the different disciplines makes for a slightly different experience each time.  Codemasters has made a spectacularly enjoyable experience. The only thing that may hamper things a bit is the single player AI cars you race against, they tend to be predictable in how the react. Though I still found myself enjoying the game so much I can forgive this a bit. 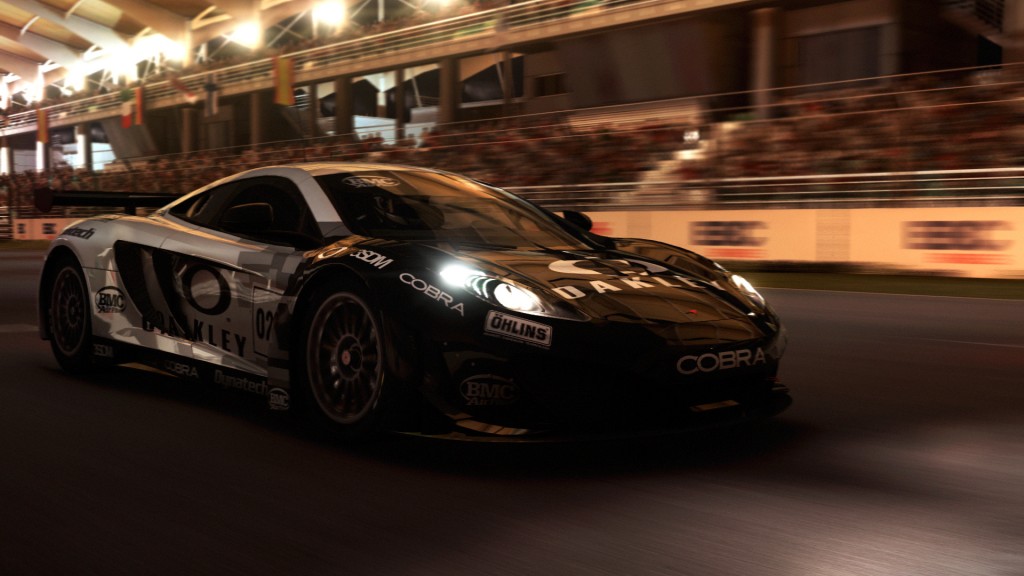 After the first few races career mode shows itself to be not as deep as one would hope for.  That’s just talking about the single player experience mind you. Step things up with the online racing with RaceNet and it brings the fun right up to the red line. With RaceNet players can form Racing Clubs, racing against each other in the online community. The replicability is massive here. the online kind of boosts the game up.

The graphics for the game look rather impressive, even with having the graphics dialed down in detail it’s very nice.  Cars look like the powerful machines they are supposed to be and the environments, crowds and tracks all cement the racing experience. The main thing is…is it fun? I say yes. I had a blast.

During one race I was surprised and dumb struck for a moment as another car ahead of me took a bad turn and hit another car just right and caused a wreck, the car flipped a couple times and the rest of the racers made their way around the mishap. It all looked very impressive. Enough to make me want to drive in more races and face the dangers and test my skills at racing. 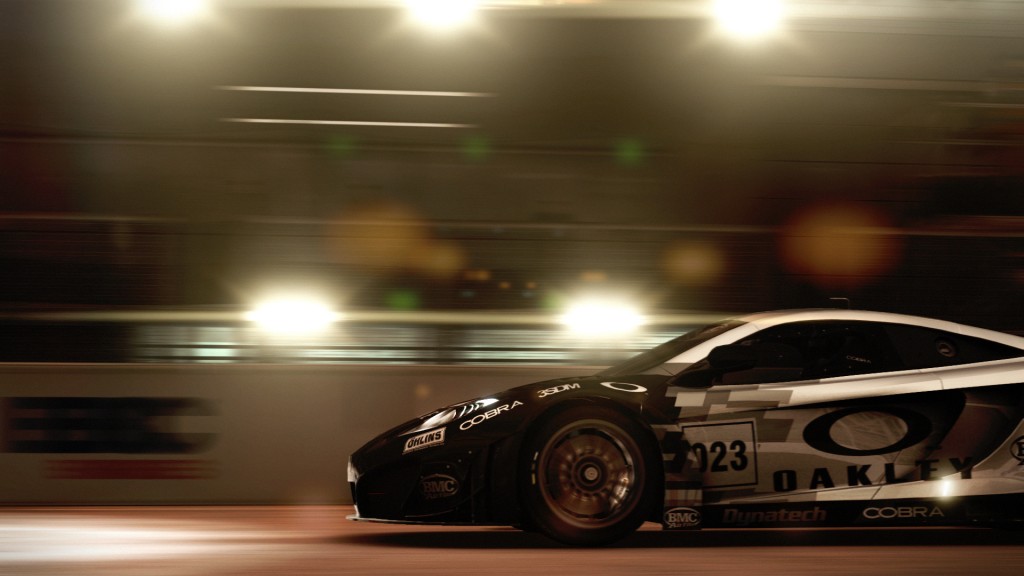 The sound in the game brings it all home from the roar and sputters of engines, and squeal of tires. To the roar of the crowds and the calls of your crew on the radio and the announcers over the load hailer systems. All of these elements combine nicely to immerse you in the racing experience. Some would say the visuals are not up to par when compared to next gen titles. I am here to say that at least what we have experienced on the PC set to Ultra detail , we are very pleased in how the game looks over all. Grid Autosport is a truly enjoyable racing experience not to be missed. Don’t come in expecting it to be ultra deep, but it hits enough fun bullet points that I can suggest the game as one to get.