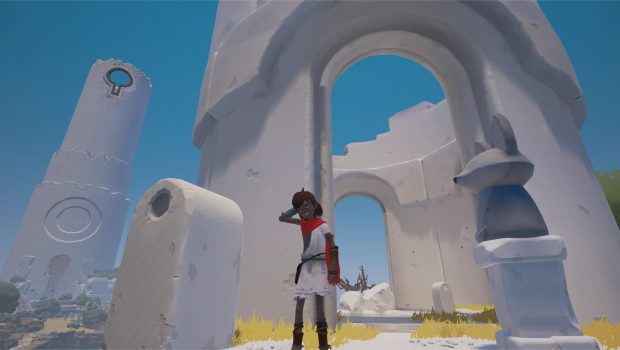 HOUSTON and MADRID – May 26, 2017 – Grey Box, Six Foot and independent developer Tequila Works have released the single-player puzzle adventure game RiME as a physical and digital title on the PlayStation®4 computer entertainment system, Xbox One and Windows PC for a suggested retail price of $29.99 / €34.99 / £29.99.

“We’re deeply thankful for everyone who believed in this day – our loyal fans, our partners at Grey Box and Six Foot, and the incredibly talented team here at Tequila Works,” said Tequila Works CEO and creative director Raúl Rubio Munárriz. “Your patience, passion and faith gave us the strength and support to see this story through to the end. We look forward to all the new adventures that begin today.”

Experienced through the eyes of a young boy shipwrecked alone on a mysterious island, RiME delivers an emotional journey of exploration and discovery. The game takes inspiration from a variety of sources, including literature like The Little Prince, the films of Studio Ghibli and Ray Harryhausen, the art of Joaquín Sorolla, and the gorgeous terrain of the Mediterranean coast. Players will encounter wild creatures, ancient ruins, forgotten secrets and thoughtful puzzles that play with light, sound, perspective and even time itself.

“RiME is a game that will add to the budding influence of the Grey Box brand,” says Christian Svensson, COO at Six Foot. “RiME’s beauty and power, we believe, will leave an enduring mark on all who embark upon this touching journey.”

RiME is expected to arrive on Nintendo Switch™ later this year. The digital version of the title will cost $29.99 / €34.99 / £29.99 through the Nintendo eShop. A special physical edition of RiME, featuring a download code for a digital copy of the game’s beautiful original score, will also be available on Nintendo Switch at major retailers for $39.99 / €44.99 / £39.99.

RiME is rated E10+ (Everyone 10 and Up) by the ESRB and PEGI 7. Further updates will be available at www.RiMEGame.com, as well as on Facebook, Twitter and Tumblr.