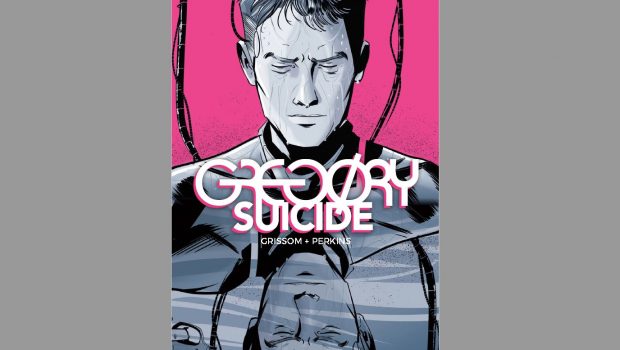 Summary: AI is advancing and will soon be able to blend in with humans... but in a world where that blending in is just about to occur... the question must be raised, is that a good thing?

We live in a world surrounded by computers in various forms from the traditional desktop, to phone and wristwatch and many things in between. While we haven’t quite merged with our technology (though some are closer than others with things such as implanted technology) the pursuit of AI and androids is a tantalizing one. Gregory Suicide imagines a world in which androids are common place and AI is being perfected and the latest and greatest is about to be rolled out… but is it really a good thing? 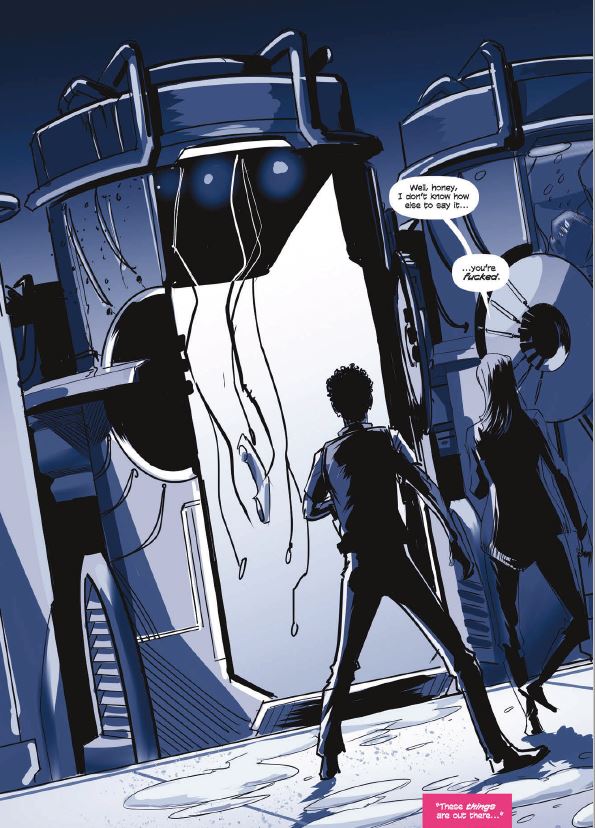 Some of the best science fiction stories feature a bread crumb style of detail release, that is to say they scatter little bits of information throughout the story that take you all the way to the final reveal. Gregory Suicide follows that style… throughout the story we are given glimpses of moments, events that on their own don’t seem to mean too much, but as we get closer to the end things begin to fall into place and we can see why those little moments were scattered throughout. It’s a satisfying way to build the story and it means different readers may piece together the puzzle sooner or later than others. 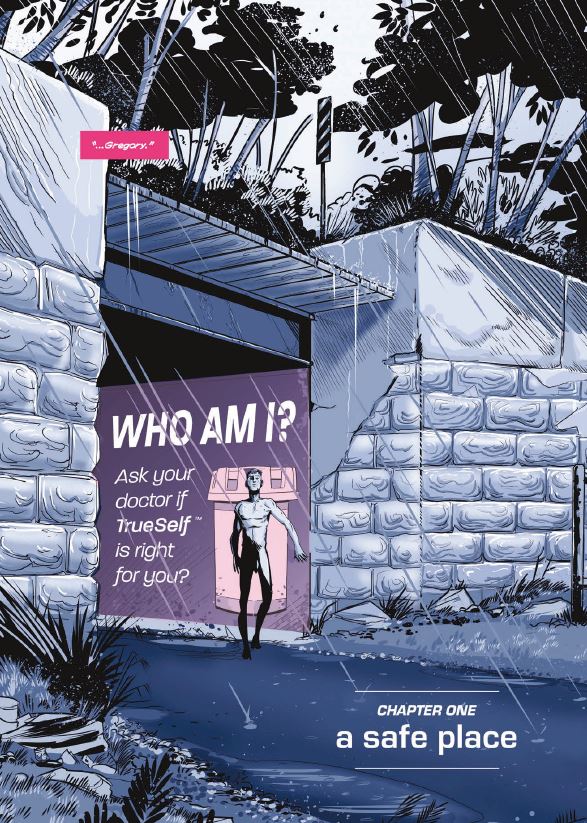 Will Perkins IV keeps the pages clean and neat. Bold line work and simple colours and tones, sticking to basically blues and reddish oranges keeps things uncluttered. The overall feel of the art is one of oppression, sadness and despair… things look bleak. The occasional break in blue tones suggests warmth, kindness but they are rare and fleeting. The art is in a way understated but in being more subtle and less “flashy” it complements the story exceptionally well. 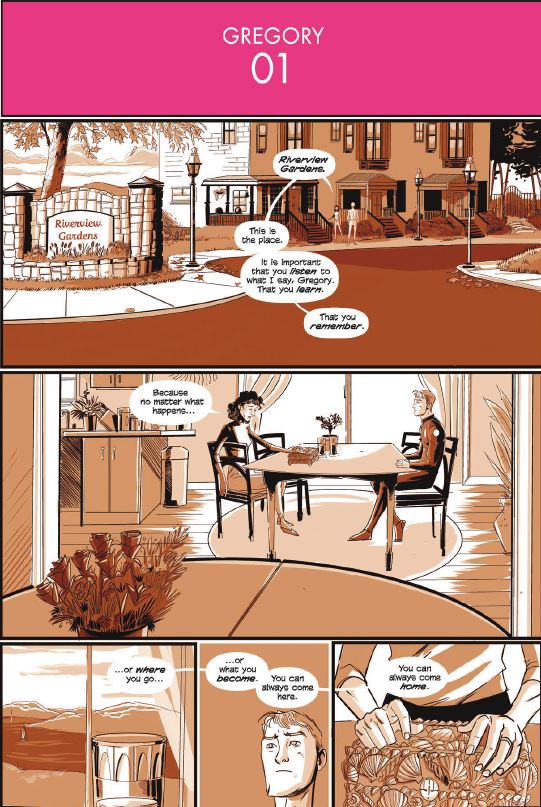 I love a bit of Science Fiction, the notion of what could be and perhaps the dangers that may come with that. Gregory Suicide is an interesting story that really grabs your attention from the moment you read that confrontational title. What does it mean to be an AI? What does it mean to be an AI that ultimately is expected to kill itself? What is the purpose of a continually terminating AI? It is interesting that sometimes the best way for us to know ourselves (as a species) is to imagine a copy of ourselves… a replica of almost all we are, but slightly different. Examining how that replica works, how it interacts with the world around it and how we interact with it sometimes gives us an insight into ourselves that we otherwise may not be able to see. Are we the best we can be? Or will we give rise to something better “more human than human” perhaps? 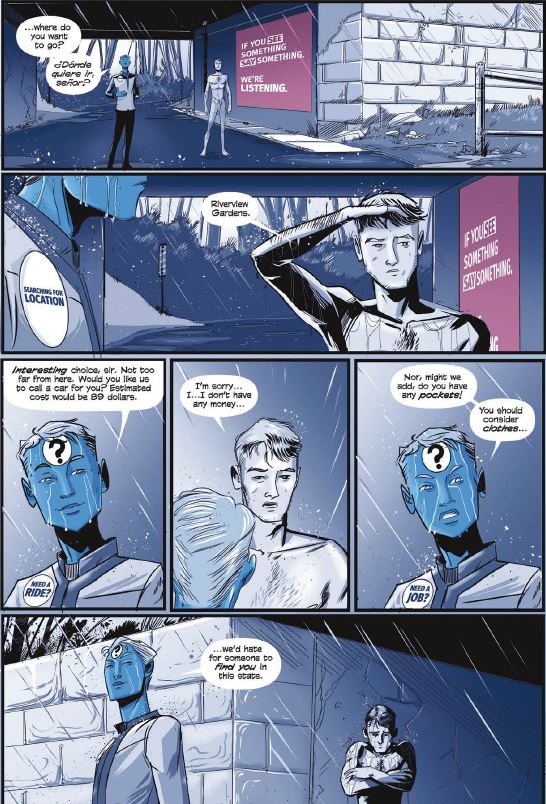