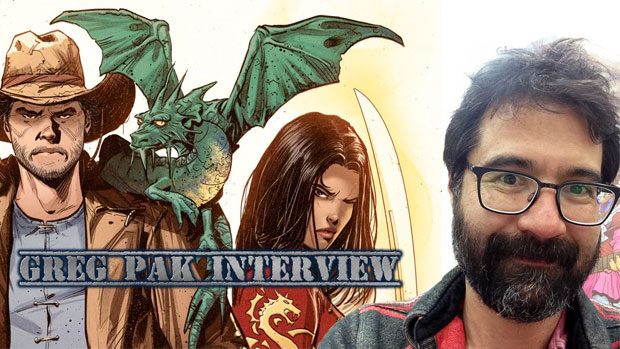 In the past you’ve said that this has been a dream project of yours for close to two decades now. So out of curiosity, what’s been holding it back?

I originally had the idea a million years ago shortly before heading to film school. So for a long time I thought of it as a feature film, and I wrote three different screenplays featuring Chinese gunslingers in the Old West. But when I stepped sideways into comics, I kept thinking about the character and started working on making the story work as a comic book series. I did a couple of short comic stories with great artists like Ian Kim and Sean Chen for the OUTLAW TERRITORY anthologies. But it’s just taken a while for me to wrap my heads around what the story could really become in comic book form. And now, at long, long last, here it is! 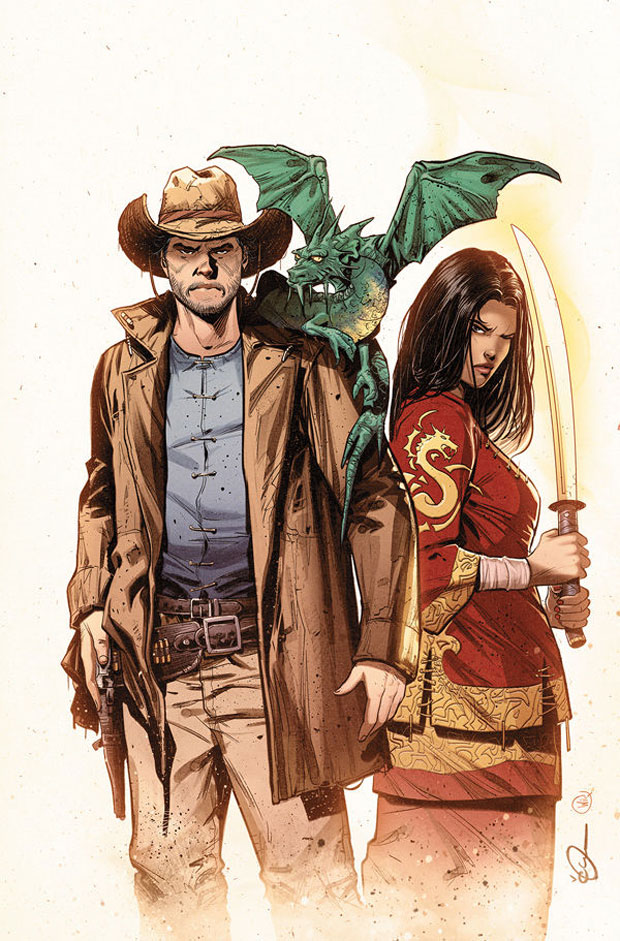 What was it that attracted you to this sub-genre and are there any particular Westerns and/or Fantasy stories or characters that have influenced you in writing this series?

I’ve just loved Westerns since I was young. I grew up in Texas and had a pretty outdoorsy childhood, so I think the themes and environment of the stories really resonated with me. I’m a sucker for all kinds of Westerns. But my favorites are probably the Anthony Mann Westerns he did with Jimmy Stewart, Little Big Man, High Noon, and a bunch of John Ford pictures, particularly Wagon Master. At the same time, I grew up as a huge fantasy nerd and loved Lord of the Rings and Dungeons & Dragons. But my favorite fantasy series of all time was probably the Lloyd Alexander Pyrdain series that began with The Black Cauldron. Taran Wanderer in particular made a big impression on me — I loved its emphasis on regular people rather than royalty. It had a kind of democratic vibe in the middle of a fantasy world, which I loved. I think there might be some echoes of that in Kingsway West — looking at these big events and movements of empires from the point of view of everyday people.

I really enjoyed your take of a reimagined America that’s almost been “corrupted” by magic. What made you want to incorporate the addition of a fantasy crossover with an Old West gunslinger story?

All of the earlier incarnations of this story had been straight historical fiction, straight Westerns. And I loved those stories. And when I started talking about the story with Dark Horse editor Jim Gibbons, he loved ’em, too. But he gave me the challenge to come up with some other hook for the series, something that would make it stand out more. And I realized I’d been feeling the same impulse. I’d written the original story twenty years ago as a low budget independent feature film script that I could produce and shoot myself. So it was purposefully small, and beautiful in that regard. But over the years in comics, I’d had some of my most fun creating whole new worlds, the way we did in Planet Hulk. And so I started thinking about the possibilities of breaking out of the expected for this story and found myself thinking about the similarities between Westerns and outdoor adventure fantasy stories. And then I realized how much fun we could have by exploring an alternate history Old West, with a different recent history and different groups in unexpected positions of power… and it all started coming together, particularly when artist Mirko Colak and colorist Wil Quintana got to work on the fantastical elements. So exciting!

The discovery of Red Gold in this world has been the catalyst for a lot of upheaval and change and it has shaped this alternate Earth’s politics and history. How has the real experience of Chinese during the gold rush period of the 19thcentury informed your storytelling?

As a biracial Korean American kid who grew up in Texas, I was blown away when I started learning about the history of the Chinese in the Old West. I was hugely moved by stories about the Chinese immigrants who came during the Gold Rush and who built the railroads and who suffered and endured during the anti-Chinese movements and massacres in the late 1800s. So a lot of what I learned about that history affected this story. In its current incarnation, Kingsway West is alternate history, so it’s not replicating the exact history of the Chinese in the Old West. But it draws from that history and builds on it in what I hope are compelling ways. 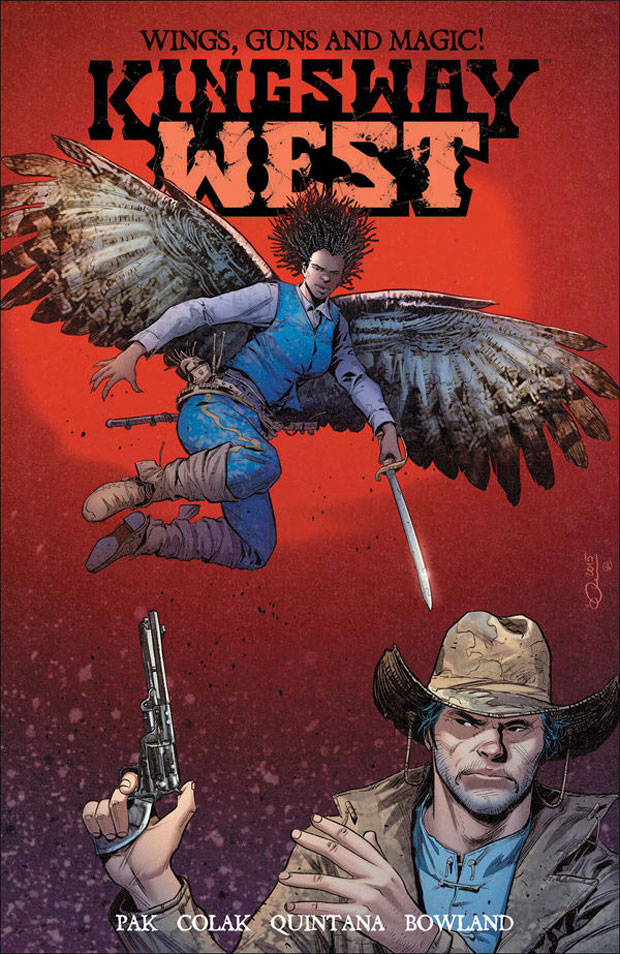 From previous comics that you have written, it is clearly evident that you like to include a variety of culturally diverse characters. Do you actively do this or is it a much more organic process that happens naturally for you?

It’s both. I live in a diverse world, and the stories I tell tend to reflect the world I live in. So it’s entirely organic in that regard. But it’s also an active, conscious choice on my end to put these characters up front and center. These are the kinds stories I always wanted to read. Here’s hoping they’re pressing the right buttons for you, too!

It’s refreshing to see the comic industry becoming much more progressive and including more culturally diverse characters. In your comics, have you encountered many barriers restricting you from expanding on this or do you find that the industry as a whole is much more open to embracing this?

I’ve had great experiences with this in the comics industry. Eleven years ago when I proposed creating a new character for the Marvel Universe named Amadeus Cho, no one blinked twice — they just said cool, let’s do it! Over the years, I’ve had the chance to create a bunch of diverse characters and write a ton of diverse legacy characters, including War Machine, Storm, Magneto, and Turok. I’ve got huge love for all the editors who have been so supportive over the years. 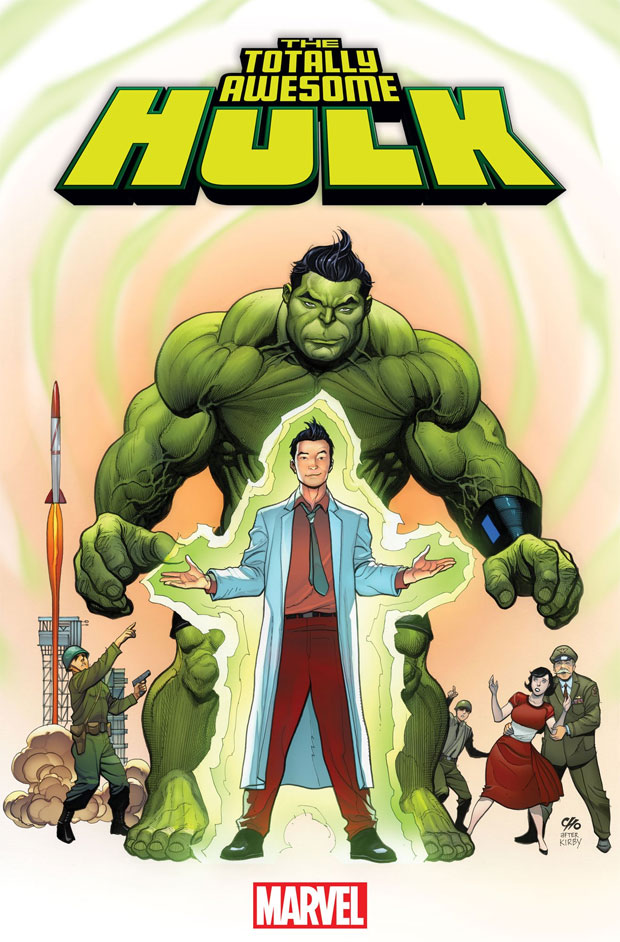 I read about the panel you moderated at NYCC last year, talking about Asian-American comic creators working in the industry. Aside from avoiding the stereotyping of Asian characters, what other kind of difficulties do you face when writing Asian-American narratives?

Some Asian American blogger friends came up with a brilliant term called “rep sweats” a while back — short for “representation sweats,” which are the feelings you get when seeing stories that involve your underrepresented community. I think there’s another version of rep sweats, which is the feeling you get when you’re the one trying to do the representing, putting some new work out into the world that deals with underrepresented folks. There’s a huge amount of pressure we put on ourselves to get it right — which of course is great — we should be working hard! But it’s also true that no single story or character can or should be expected to represent every facet of a community’s experience. The key as I see it is to have a TON of different characters and stories — diversity within diversity, as I like to put it. Amadeus Cho isn’t out there representing every Asian American teenager in the country — no character should have that burden. Same with Kingsway — this ain’t the definitive take on the Chinese American experience in the 19th Century American Old West. These are just one specific exploration of this idea/time/character/story. My job is to make these characters as real and complex and compelling as I can and explore the themes and ramifications of this story and world as well as I can. So yeah, I got the rep sweats. But that’s just part of the job and I’ve got to keep sticking my neck out there and working hard on an ongoing basic to make the work as good as it can be. 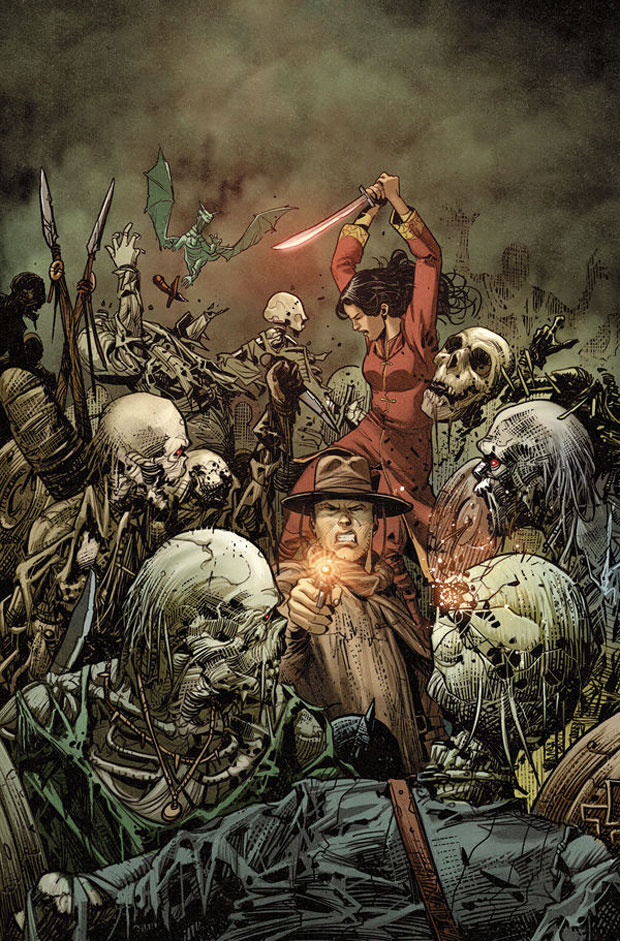 So our main character, the gunslinger Kingsway Law, is an interesting and mysterious kind of guy. Can you tell us a little bit more about him and what kind of person he is?

Kingsway Law was a soldier who fought for the Queen of Golden City during the thirteen year long Red Gold War between Golden City and the República de los Californios. He did terrible, terrible things and eventually walked away to try to build a life of peace with his wife Sonia. But as our story begins, the world comes back for him.

I don’t want to spoil where the story’s going, but one of things I love about this character is that he’s ultimately driven by love. So on one level, this is a brutal story about damnation and redemption — but it’s always grounded in this very personal dream of reaching a place of peace and love.

Without giving too much away, can you give us any hints as to what kind of themes we can expect in the future and what we have to look forward to?

See above! ;-) Also, the story deals with a world that’s up for grabs between multiple empires or nations. So we’re exploring that glory and tragedy of the frontier and the American dream and what it means for all these different communities. Big stuff, right? But we’re doing our best to explore it from the point of view of everyday folks on the ground.

I’ve heard that you’ve started a new pre-ordering system to trial on this series. I haven’t heard of anyone doing this before. Can you explain how it works?

Sure! As you know, the print runs for comics are determined by the orders that comic shops place with the distributor a few weeks before the book actually hits stores. So with new books in particular, comic shops may have a tough time deciding how many issues to order. And that’s where pre-orders from readers become hugely important. Getting readers to tell their comics shops ahead of time that they want a book is the absolute best way to increase orders of the book. And that’s what comic book creators are always trying to do. Taking inspiration from a website Sam Humphries set up a few years back for one of his books, I’ve tried to build on that strategy by taking pre-orders from readers and sending them along to comic shops. So whenever I talk about the book in an interview or online, I include a link to KingswayWest.com , which has an easy pre-order form that readers can use to order the books from a nearby store. Then before the final order cutoff date, I pass on those pre-orders to the shops so they can increase their orders accordingly. It’s a bit of an experiment, of course, and it involves a ton of behind-the-scenes work on my end, but I really wanted to do everything I could to help shops and get this book into the hands of readers. One small indication of the possible benefits of all of this is that KINGSWAY WEST #1 showed up on the Top 25 Advance Reorder list from Diamond last week, so thanks so much to everyone who’s been talking it up and taking and placing those pre-orders! 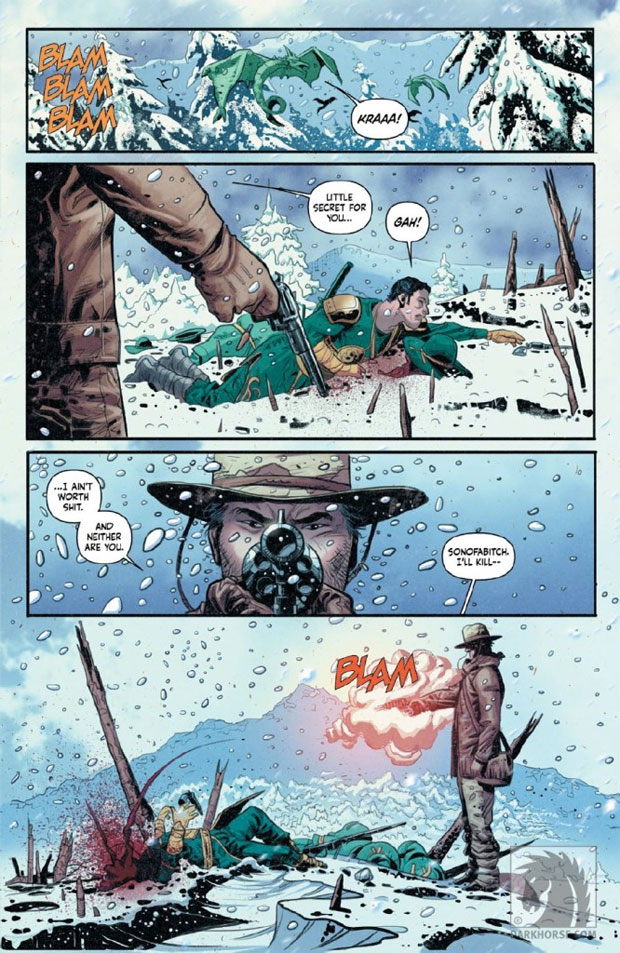