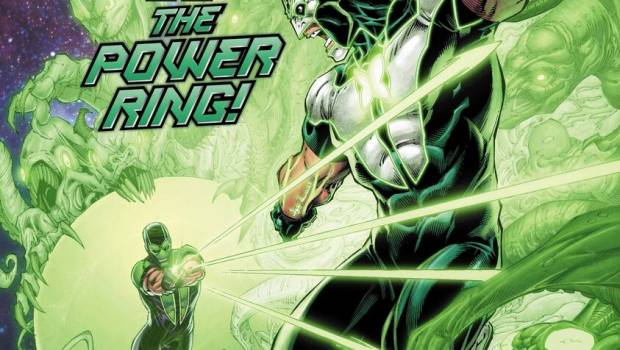 Ghosts of the Past: Part 3

This issue of Green Lanterns is the third part of the Ghosts of the Past storyline.  Due to it being the third issue in an arc, one would think that it would be difficult to jump right in.  However, after a few pages we get a quick recap as to what is going on.  This actually makes it a pretty friendly read if you aren’t currently following this series. 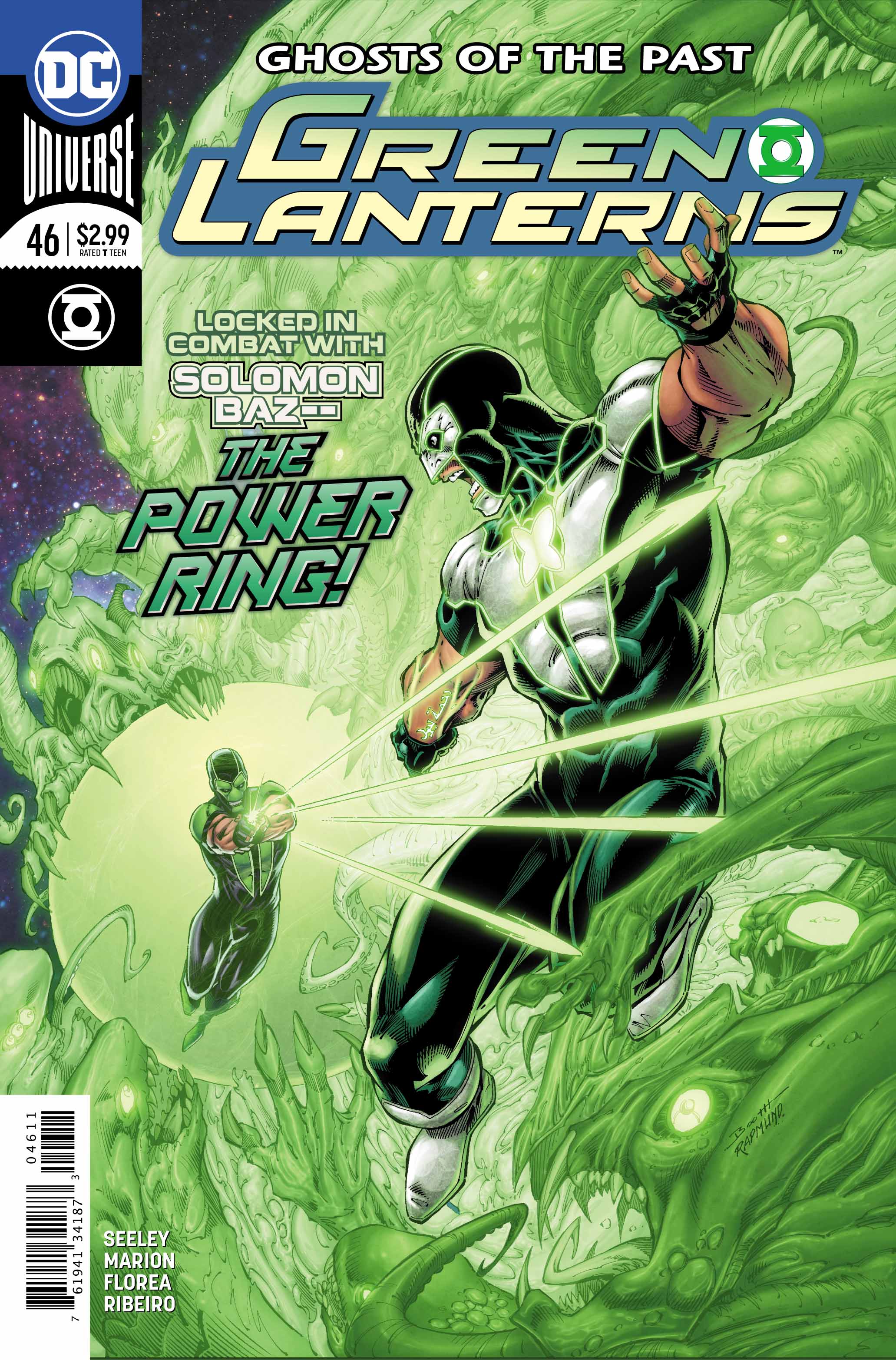 The cover of this book looks great.  Simon Baz, one half of our duo of Green Lanterns, is facing off against his evil twin, Solomon Baz.  Both characters are well detailed.  What is especially eye catching being the lantern constructs they are surrounded with.  A typical shield and force blasts from Simon, and all sorts of well detailed monsters from Solomon.  The whole piece speaks of a titanic struggle between the two within, as the two Lanterns fight it out.  The variant cover isn’t as well detailed, but is still a great piece of art.  It features Solomon reaching for the light as demons surround him and try to pull him back down.  Both covers look good, and each give a hint as to what can be found inside.

The book opens with Jessica Cruz and some friends on a hunting trip.  They have just shot a deer and are planning on how to gut and clean it.  The group have obviously been good friends for a long time based on their banter and comfort with one another, and the moment is light and congratulatory, until they spot two men digging a hole. 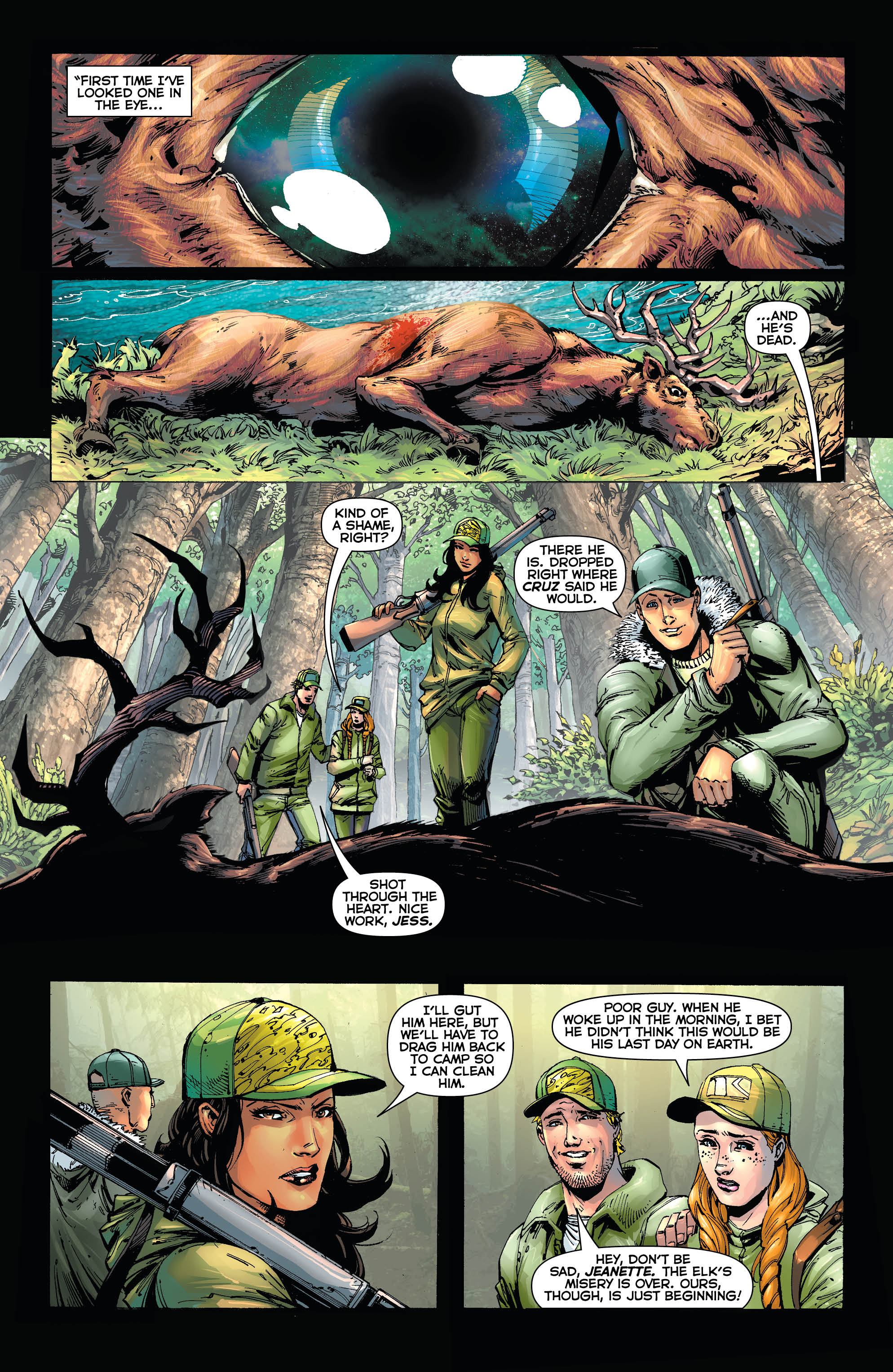 The issue next shows the Justice League gathered around John Constantine and demanding to know where their Green Lanterns are with an ominous looking singularity in the background.  We learn that a dark artifact from Earth-3 has captured Jessica, and that Simon has followed her into the singularity to save her and bring her back.

The world they were in was a dark realm inhabited by the opposites of all other Green Lanterns, including Harold Jordan, the most cowardly man.  We are also treated to a great battle between Simon and his doppelganger, Solomon Baz.  In the aftermath of this we learn why Simon is so intent on finding and saving Jessica.  The issue ends on Jessica, and a great and ominous cliff hanger for the next issue. 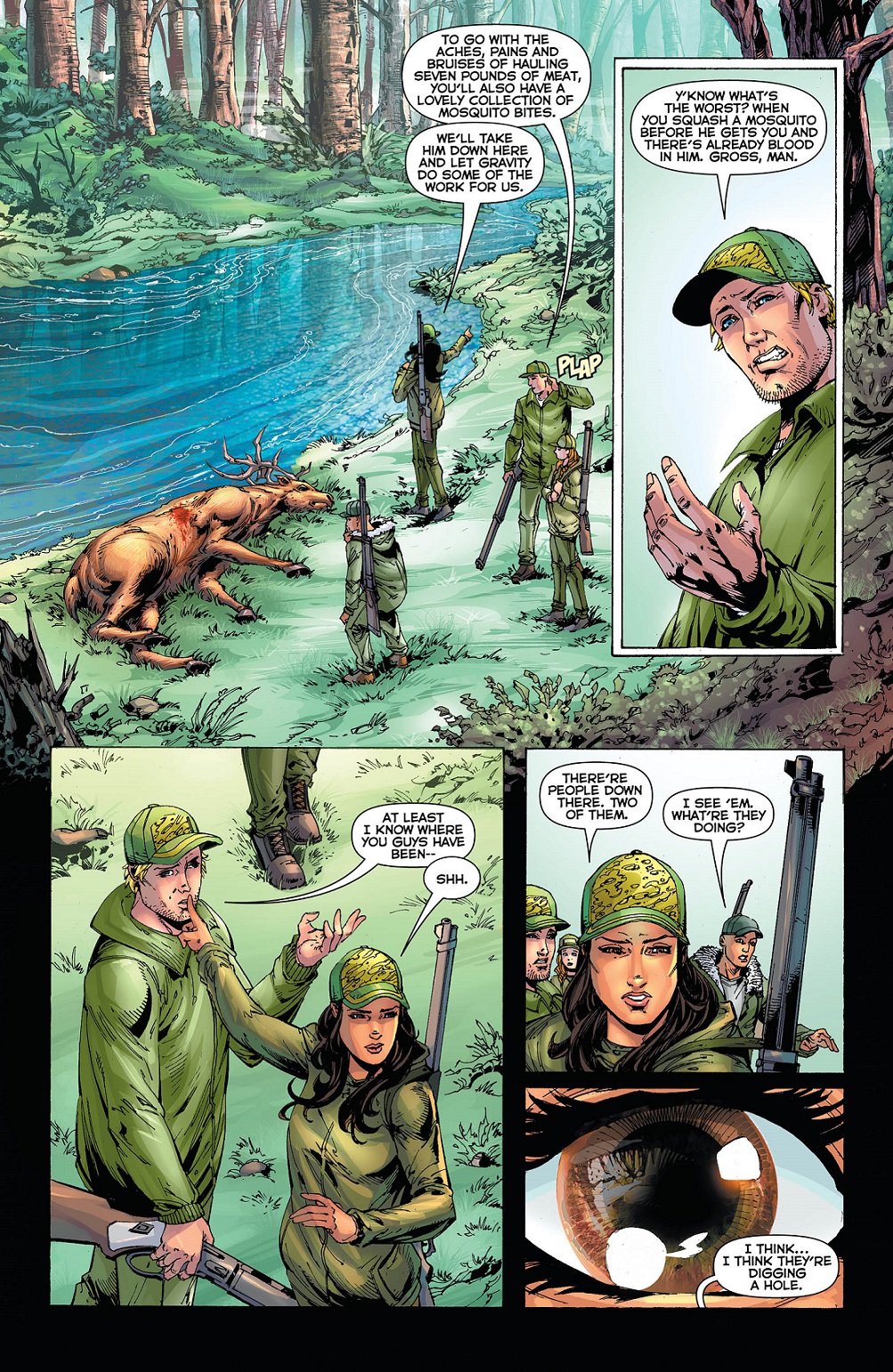 The interior art throughout the book is really good.  V. Ken Marion includes a lot of great detail throughout the realm Solomon and Jessica are trapped in, really enhancing the story in those locales.  Marion did a great job giving life to the characters and their emotions via their facial expressions as well.  This gives a greater emotional weight to the book, especially during Jessica’s portions of the story.

In conclusion this was a really solid book from start to finish.  We get a good insight to Jessica’s history through the dark realm they are trapped in.  We also learn what drives the pair of them to work so well together as a team.  Not only are there several pages of good action, this issue did a great job of fleshing out the character of both Green Lanterns.  The art sets a great tone throughout the issue and combined with the story created a very strong chapter in this arc.  I also enjoyed the cameos in the issue as well.  Seeing John Constantine and the Justice League show up was a nice touch. Especially since they were clearly there to enhance the story and did not detract from it.  The cliff hanger ending was a nice touch too. 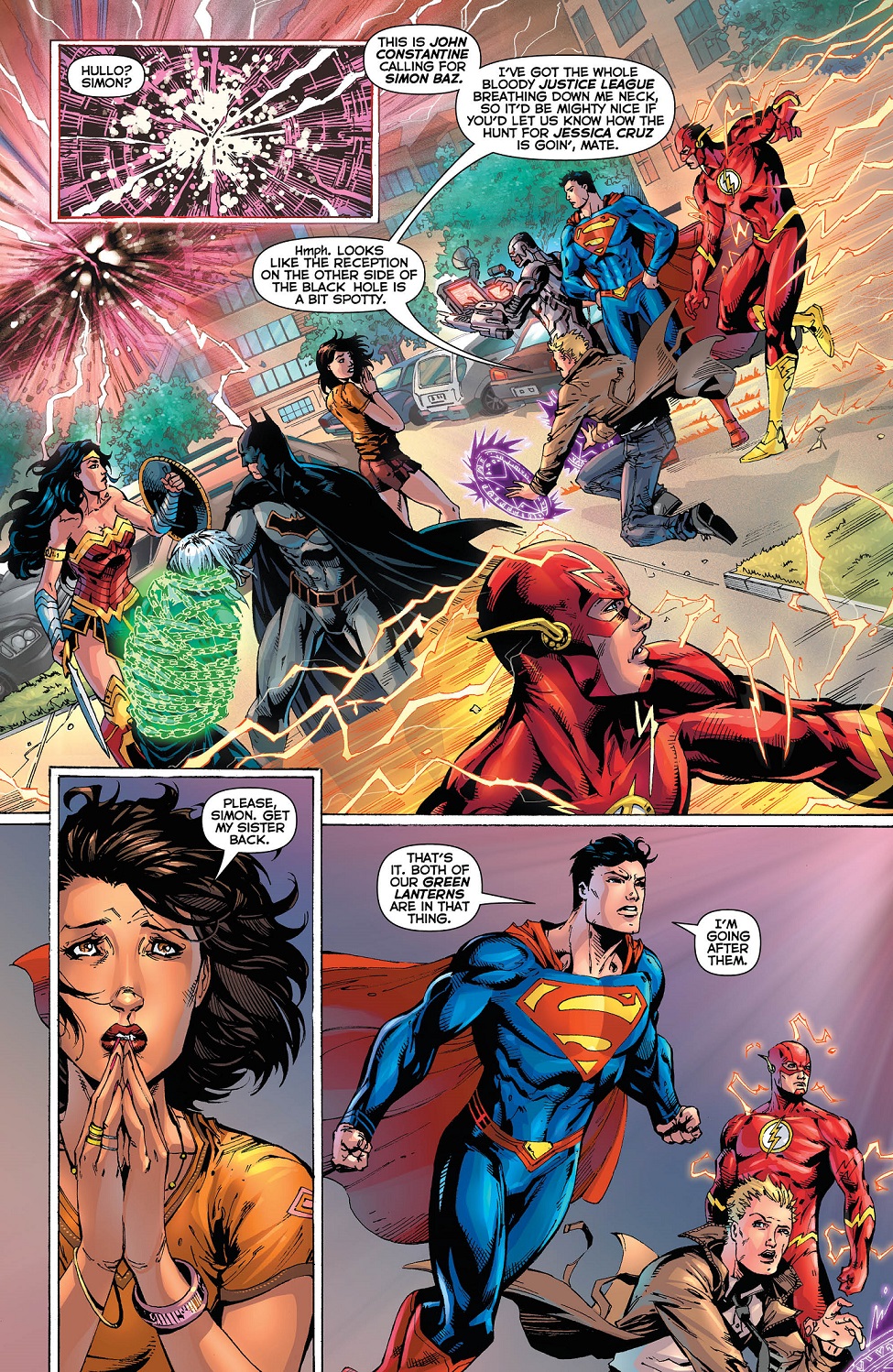 Between great art, a strong story, and a really well detailed cover, I’m giving this issue 4.5 Lanterns out of 5.