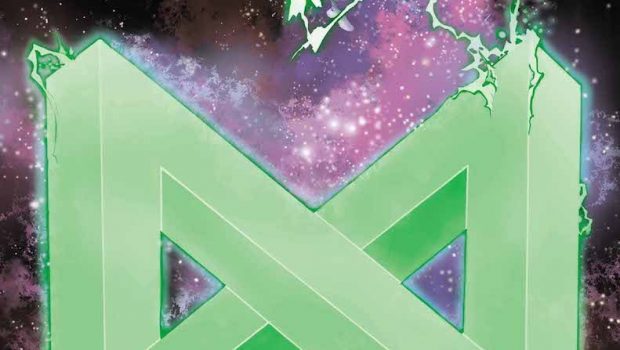 Summary: The one issue I have is that the book jumps around a bit to much, but then again Grant Morrison does have a lot of ground to cover.

Grant Morrison is an extremely talented comic book writer who writes EXTREMELY WEIRD STUFF. I think the most non-weird thing I’ve ever read from him was his JLA run in the mid-late 1990’s (actually my first real time reading a comic book run from DC.) Recently, I re-read his Doom Patrol series which was just awesome. I had high hopes when Morrison was announced ages ago and I’ve been loving every issue of this title. Does this issue stand up to the test? Let’s find out!

A team of lanterns investigates a slowly disintegrating planet when they run into Sinestro (who Morrison has wearing his Challenge Of The Superfriends outfit… which I flippin’ adore.) You know, when Sinestro popped up many issues ago for the first time in this run, I honestly didn’t know it was him. I thought it was someone who looked like him, but this Sinestro is so calm, so rational, without a hint of ego to him. It’s a very different but very fun interpretation of the villain. 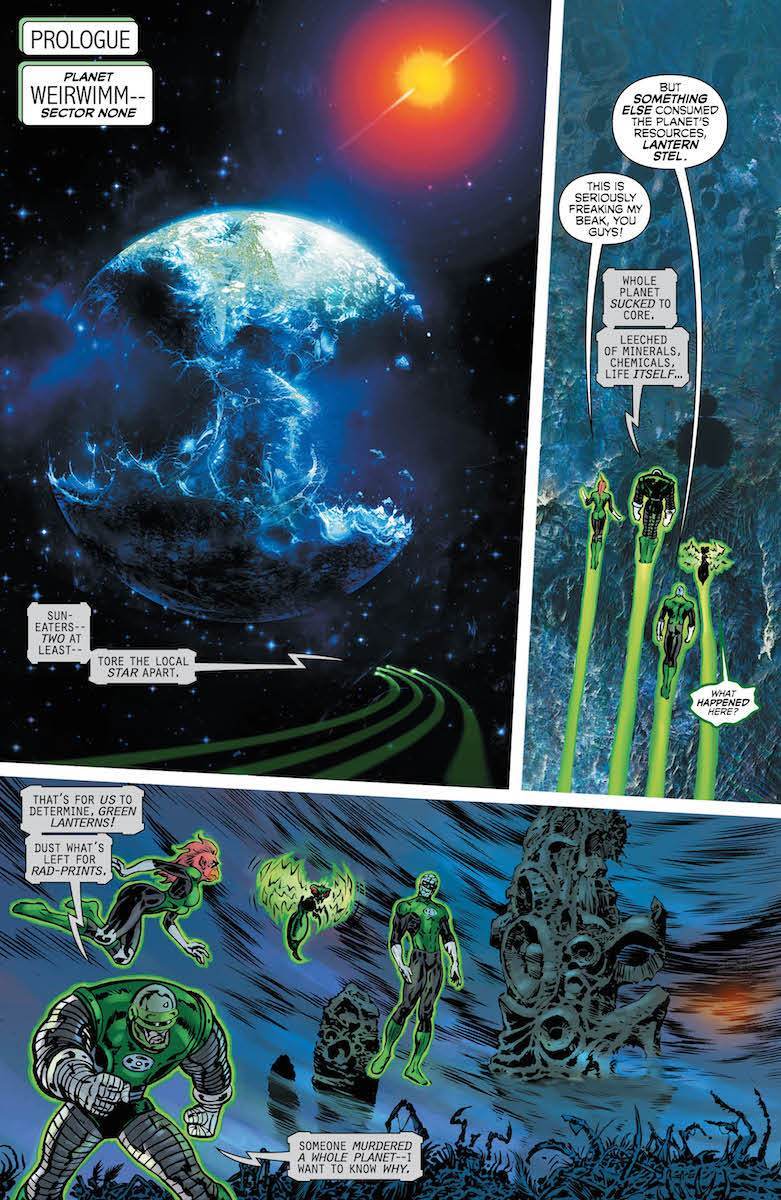 Back to Hal and company, we see Tangent Lantern dying as Hal and Bat-Lantern place her in a stasis field. Groovy Lantern tries to find a way out their faceoff with the Golden Lantern, Lost Zunderdell, keeper of the Cosmic Grail! That name alone right there is some juicy Gold and silver age love. He brings them to the rest of his team and lo and behold, Carl Ferris (Star-Sapphire) is with them. Mind you, this is the Star-Sapphire of Earth-11, but its still nice to have her back in the book.

We then flash over to Universe-Zero, where the assembled team of lanterns try and fight a giant Anti-matter being before they realize that he is actually a friend.

Now we are off to Uugo, The Conscious planet, where Strongwoman, Stan Lee’s Green Lantern, John Stewart and Spectra witness the coming return of the Qwa-man on the planet from the beginning.

Back to Earth-15, Hal’s compatriots are forced to draw their rings (and flashlights) on Hal and Carol, but resist and thanks to the violet light, break free of whatever is controlling them. Tangent Lantern draws out the spirit of a fellow named Glyptus who distracts Lost Zundernell long enough for Hal and Co. to beat him. The other lanterns freed, they fly away into space … and the last image we see is of Qwa-man decimating the Lanterns from the beginning.

With Green Lantern going on hiatus to make room for a Blackstar book, one has to wonder what exactly will happen next issue, which is being billed as the season finale. The one issue I have is that the book jumps around a bit too much, but then again, he does have a lot of ground to cover. Here’s hoping that Morrison sticks the landing (not that I’m worried). 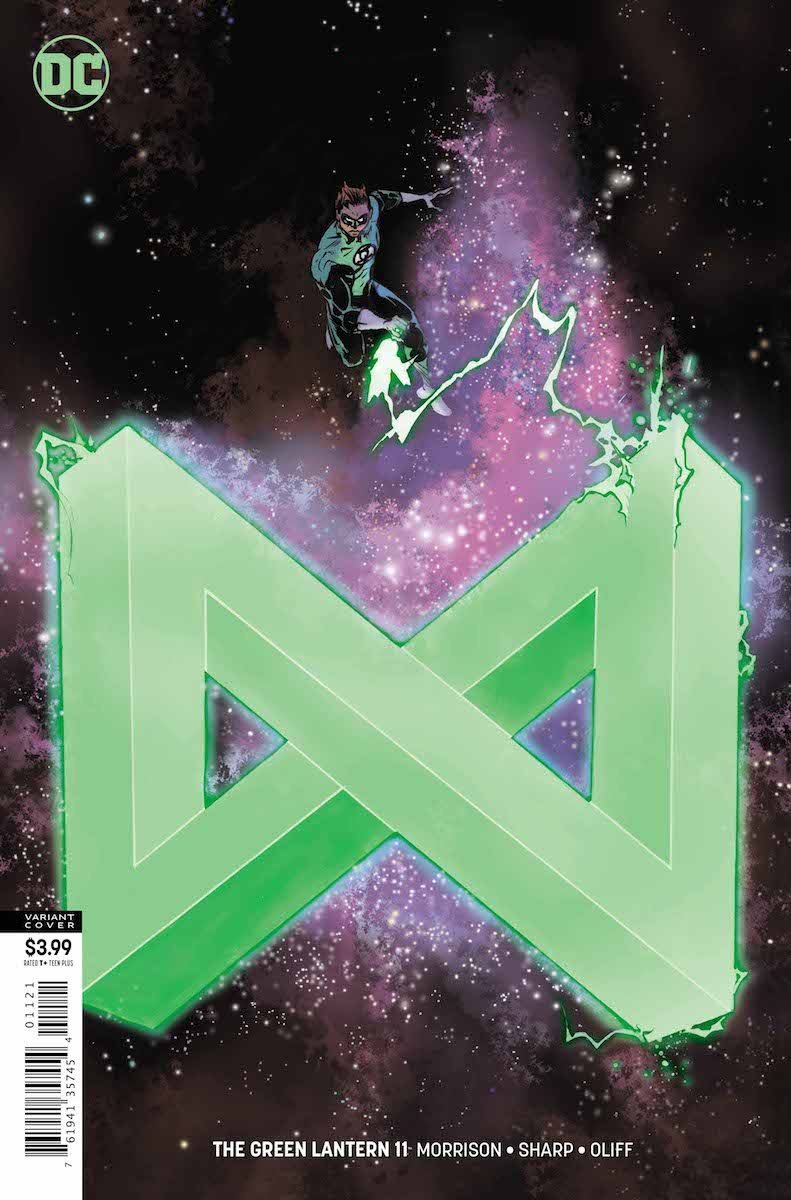