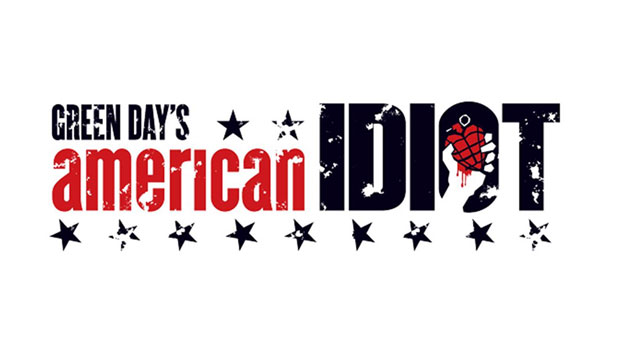 ★★★★★ “Enthralling, emotional and intense; a production to engage

an audience of any age, background, or musical preference.” Scenestr

The Australian production of Green Day’s American Idiot, the high-octane rock musical, has just announced a national tour in 2018. Following critical and audience acclaim at its Australian premiere in Brisbane earlier this year, this multi-Helpmann Award® nominated show is now set to melt faces and hearts across the country.

The tour plays strictly limited seasons and kicks off at the Sydney Opera House from 11 January, Adelaide Festival Centre’s Her Majesty’s Theatre from 19 January, Crown Theatre Perth from 2 February, Melbourne’s Comedy Theatre from 23 February and returns to Queensland Performing Arts Centre in Brisbane from 13 April. 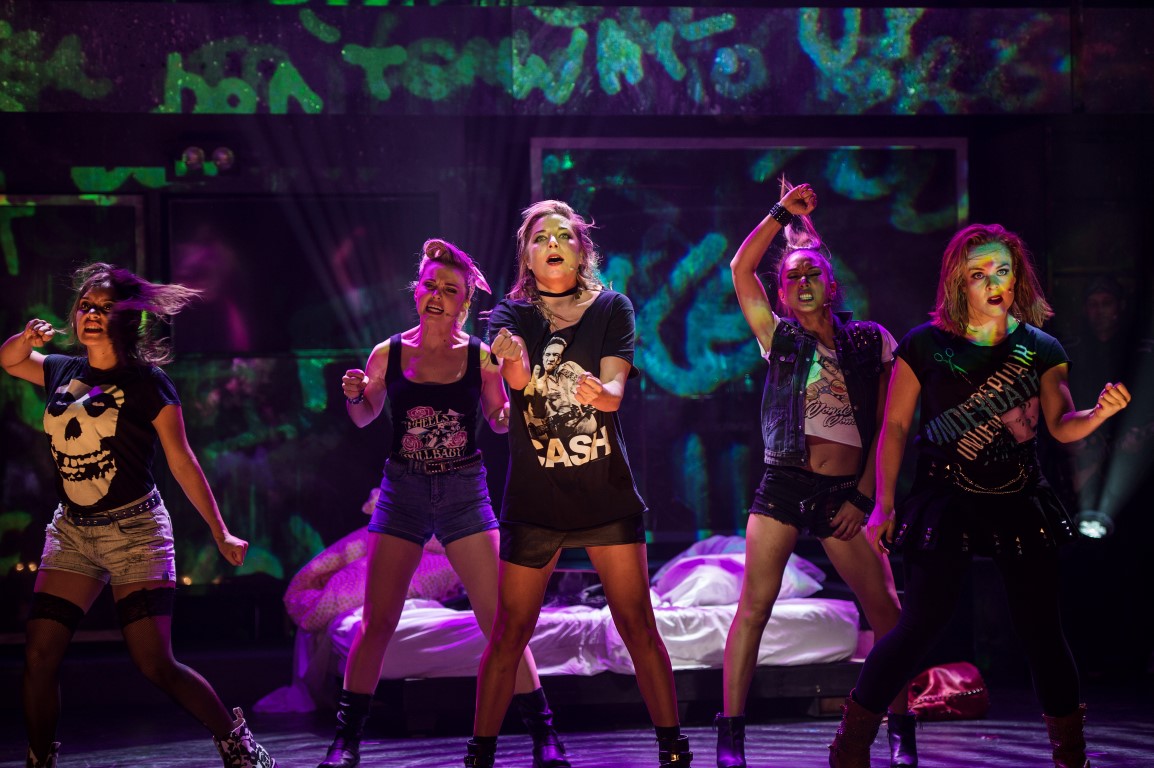 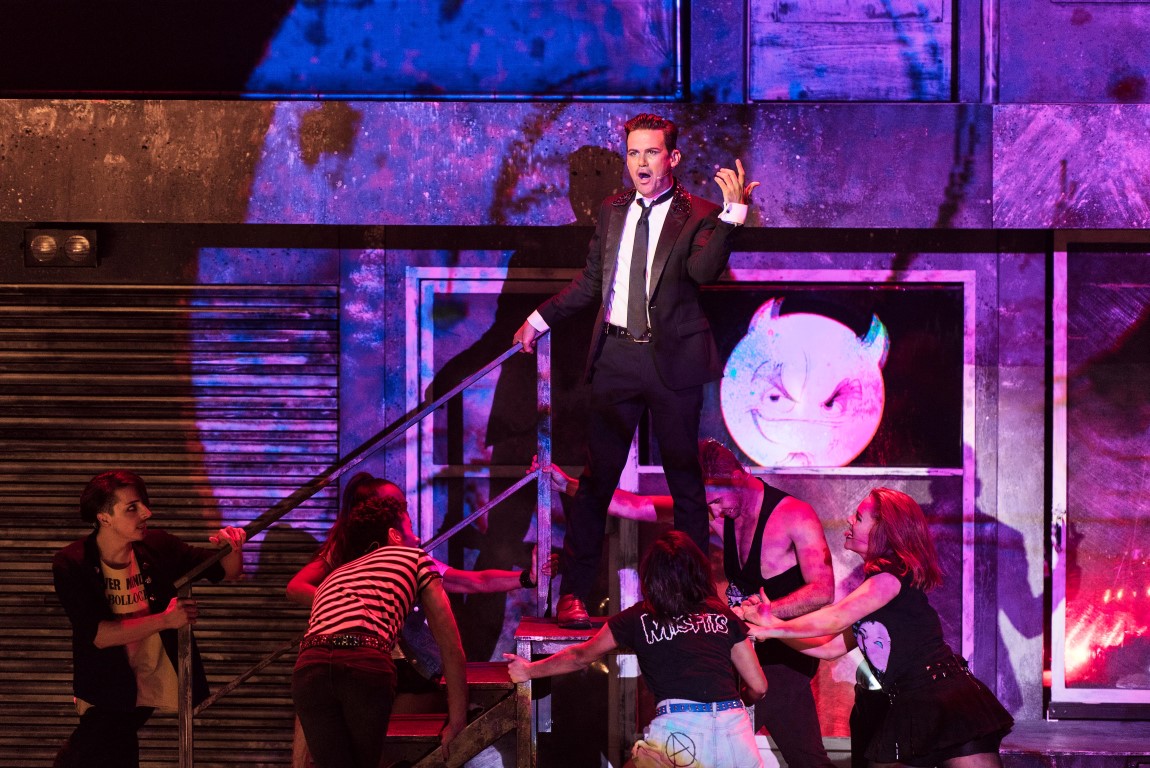 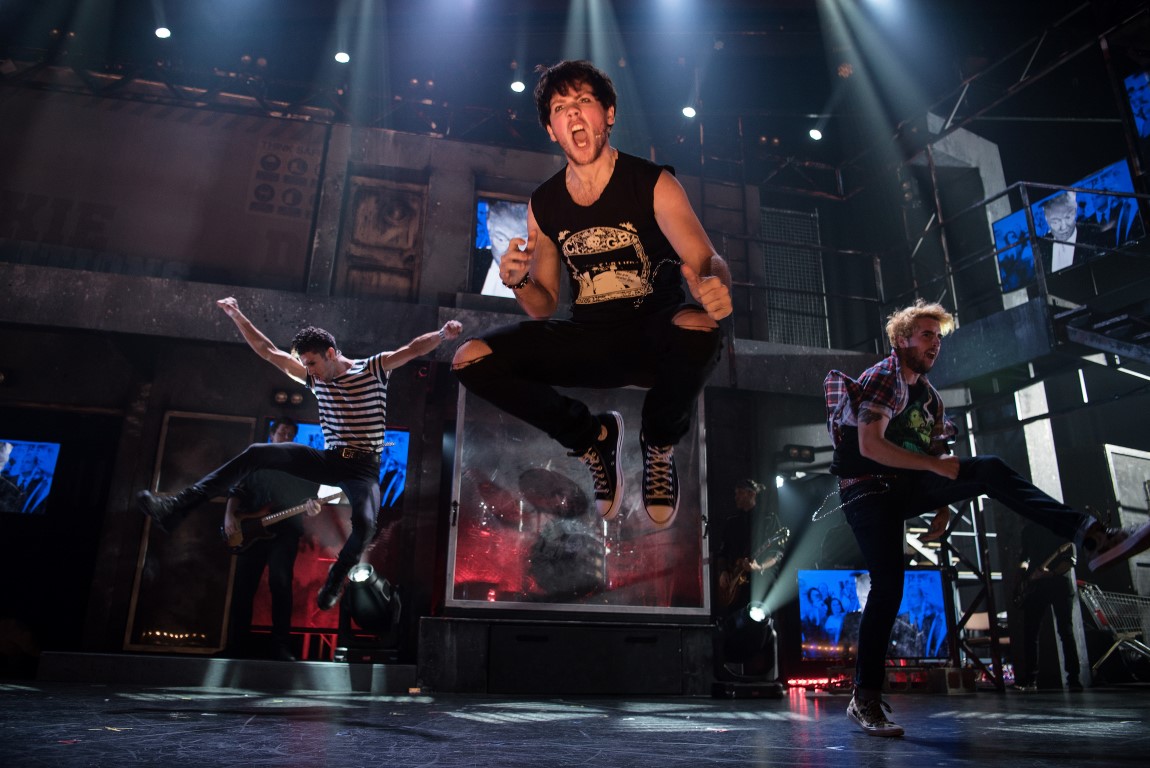 Shake & stir theatre co’s Executive Producer, Nick Skubij is thrilled the show is taking to the road: “Green Day’s blisteringly hot, and surprisingly moving punk rock score aside, there are so many reasons why audiences, some first time theatre-goers, are going to love American Idiot. It is utterly contemporary, disarmingly relevant and features some of the country’s most loved rock and roll and music theatre performers.”

Returning to the rebellious and charismatic role of St. Jimmy is Grinspoon’s enigmatic front man, Phil Jamieson. As the voice and face of Grinspoon, Jamieson fronted one of the most popular Australian bands of the last two decades. An accomplished singer, songwriter and guitarist, Jamieson’s generation-defining lyrics and vocal melodies were first etched into rock fans’ DNA in 1995. Since then Grinspoon had six consecutive Top 10 debuts, and multi platinum album sales. An incredible 17 songs have polled in Hottest 100 countdowns over the years, led by the much loved Chemical Heart (#2 in 2002 and #63 in 2013’s Hottest 100 of All Time.) Grinspoon remained together for over 18 years and in total the band received 13 ARIA Award nominations. Earlier this year Grinspoon announced the celebration of 20 years since their first album Guide to Better Living and this saw them back on the road playing to adoring sold-out crowds across the country.

Phil Jamieson says “Absolutely stoked to the eyeballs to be reprising the role of St Jimmy for American Idiot in 2018… So many great tunes, such a great time… I can’t wait to bring it to y’all around the country! It will no doubt be the BEST TIME OF LIFE…”

Internationally, the role of St Jimmy has been played rotationally by rock personalities including: Billie Joe Armstrong, Melissa Etheridge, Chris Cheney and Phil Jamieson and word on the street is to keep your eyes peeled for more exciting Aussie cast announcements.

Skubij adds: “One of the refreshing things about American Idiot is that while it is certainly Musical Theatre, it challenges the traditional rules in both form and execution and we have extended this to our casting. It is going to be wild.”

Phoebe Panaretos will reprise her unanimously-praised performance as Whatsername which earned her a 2017 Helpmann Award® nominee for Best Female Actor in a Supporting Role in a Musical.

Winner of two Tony Awards® and the 2010 Grammy Award® for Best Musical Show Album, American Idiot features every song from Green Day’s iconic album American Idiot as well as several songs from their follow up release, 21st Century Breakdown.  This album not only defined Green Day as a band but also gave a voice to a generation waiting for the opportunity to let their hair down and embrace their youth and individuality.

Developed by Green Day’s Billie Joe Armstrong (lyrics) and Tony Award® winner Michael Mayer (Book and lyrics), American Idiot boldly took the American musical in a new direction, capturing not just the sound of a generation, but also the frustrations, fears, dreams and challenges of life in the media- saturated, post 9/11 era.

It tells the story of three lifelong friends who are grappling with the decision to either challenge the status quo and break out of their aimless rut or to remain in the safe confines of their urban existence. Their quest for true meaning in a world full of violence and dissolution leads them on a journey of self-discovery, heartache and revelation.

Green Day’s explosive Broadway musical channels the grungy spirit of punk while also plucking at the heartstrings – discover what all the noise is about!