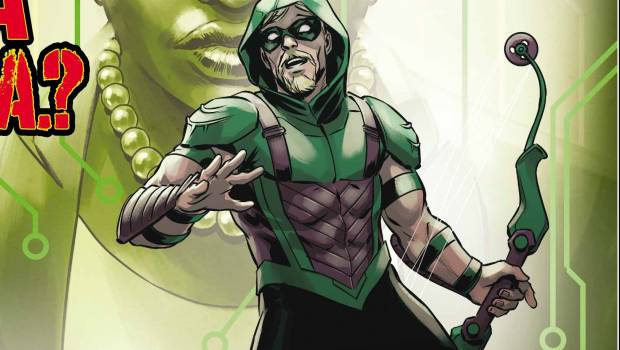 Summary: Green Arrow Annual with a No Justice tie in.

Green Arrow is one of the few remaining superheroes on Earth in this Annual and Tie-In to Justice League No Justice. If you are not current with that series, Brainiac came to Earth and banded heroes and villains to fight a greater force than either has ever seen. So with those heroes gone, Green Arrow and a few others are all that’s left protecting Earth. Now if you haven’t read those issues but are a Green Arrow fan, then fear not, Ollie’s monolog does a good job of clearing all of this up and getting the reader up to speed. So don’t let the Tie-In deter you from picking up this issue because for the most part, it’s pretty amazing. 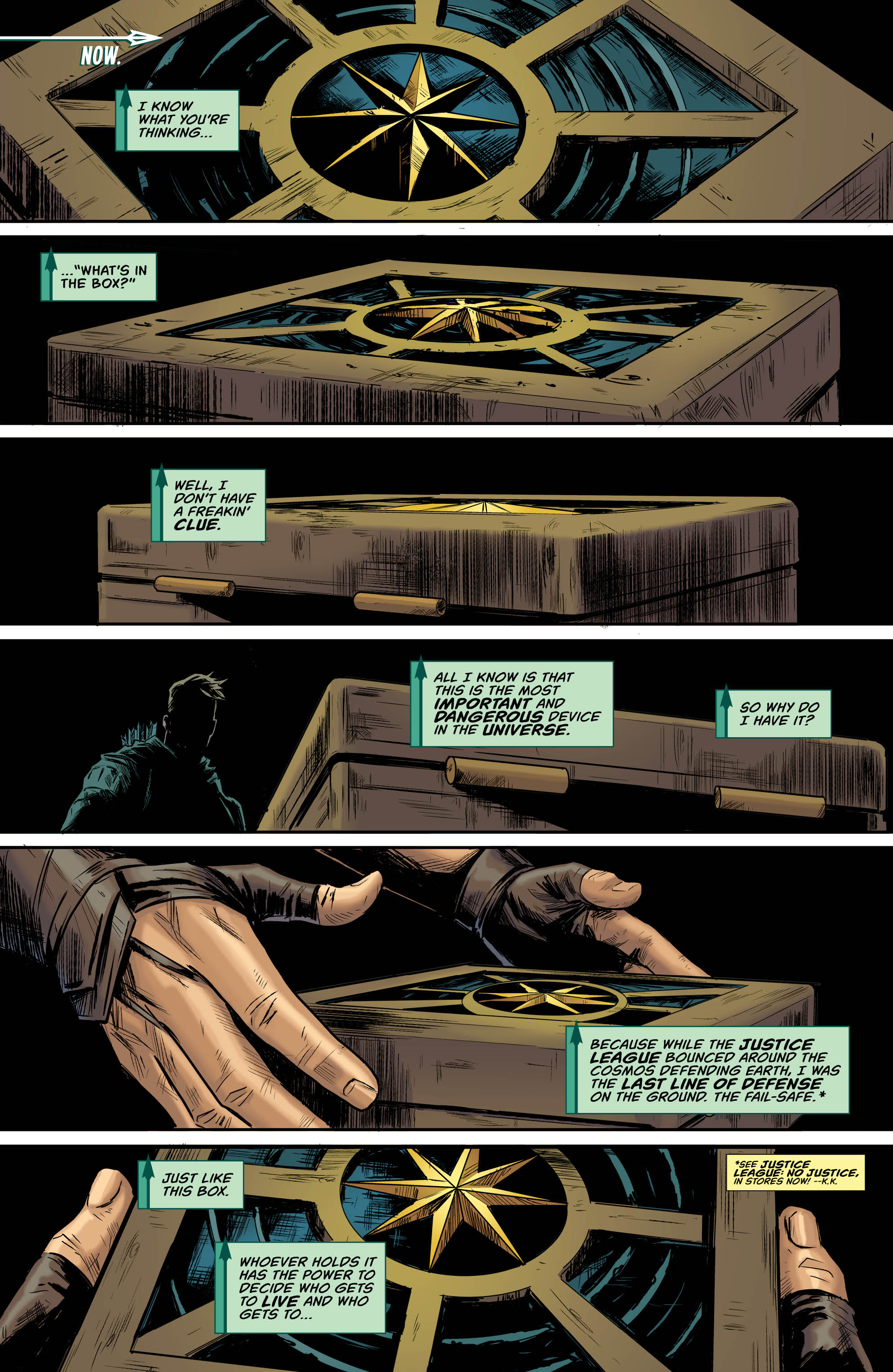 The issue opens up with Ollie talking to the reader about a box in his possession, which I have to give props to the writers for them referencing the 1995 movie Seven. On a side note, if you read this first page and you don’t get the reference: shame on you. Anyways, the story in this issue gives a rundown of how Ollie becomes in possession of this box. 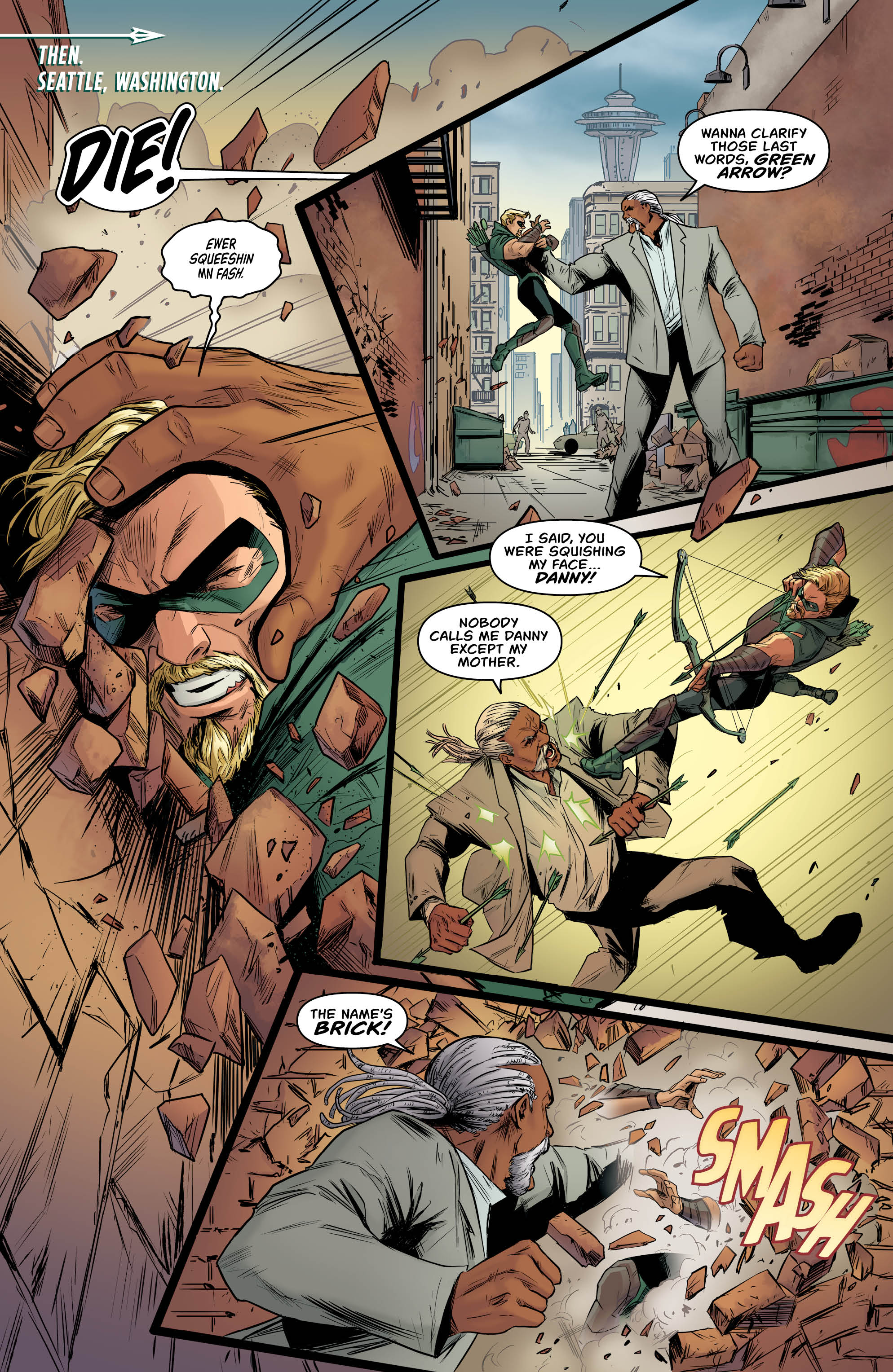 The story starts out in Seattle with Ollie and the gang lord Brick going toe to toe with one another. These events are playing out in the same time that Brainiac is capturing other heroes and villains for his master plan, so at this point, Ollie is in the dark. The fight between Ollie and Brick escalates then is interrupted by a Brainiac ship that attempts to take Ollie. Arrow then switches gears as he then tries to save surrounding citizens while fighting off the Brainiac ship. This prompts Ollie to call in the help of his sister Emiko, Roy Harper and the lovely Black Canary to which he gets no response. While trying to contact Dinah, all phones in the area experienceelectronic interference. This is later explained. 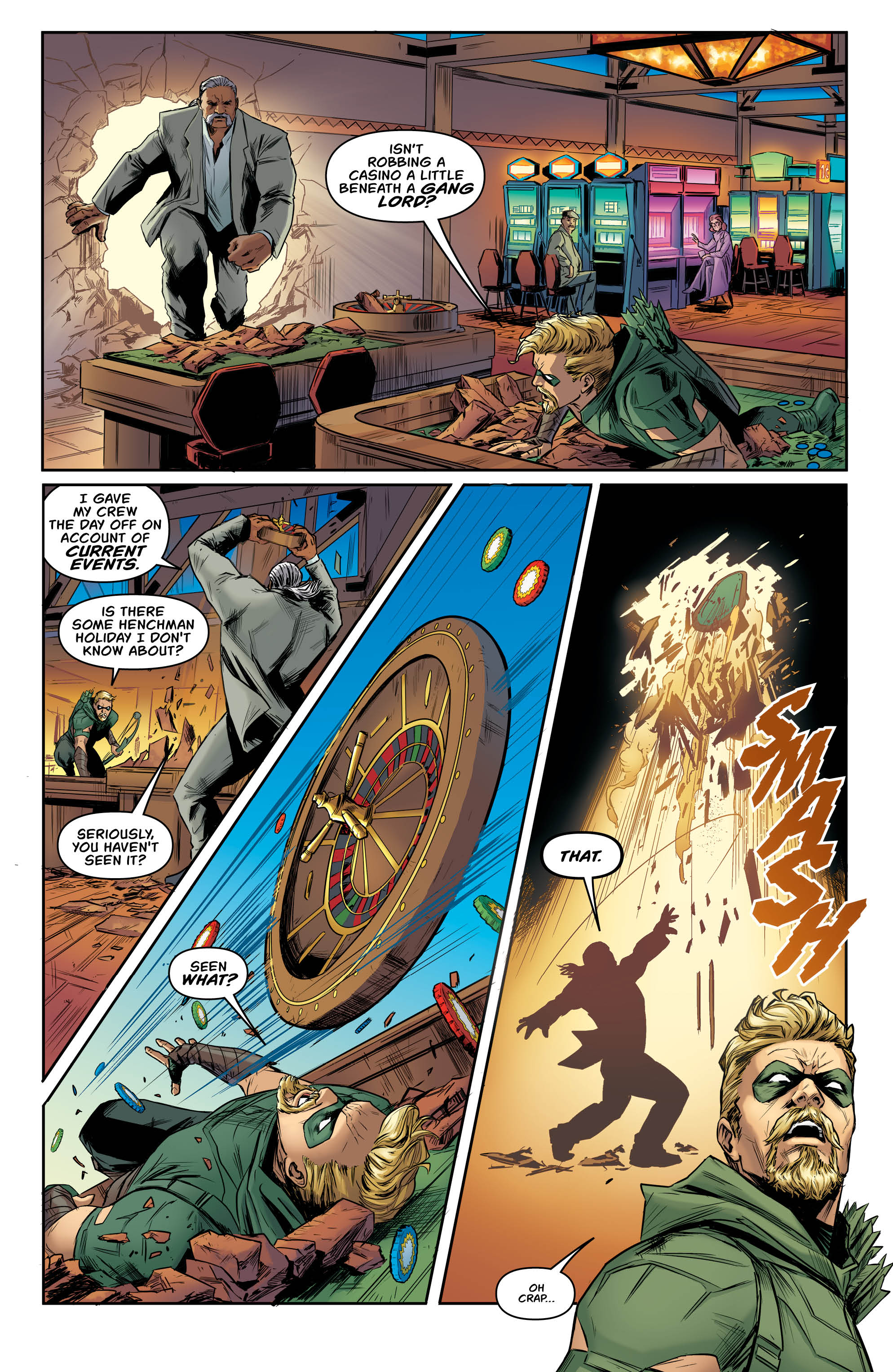 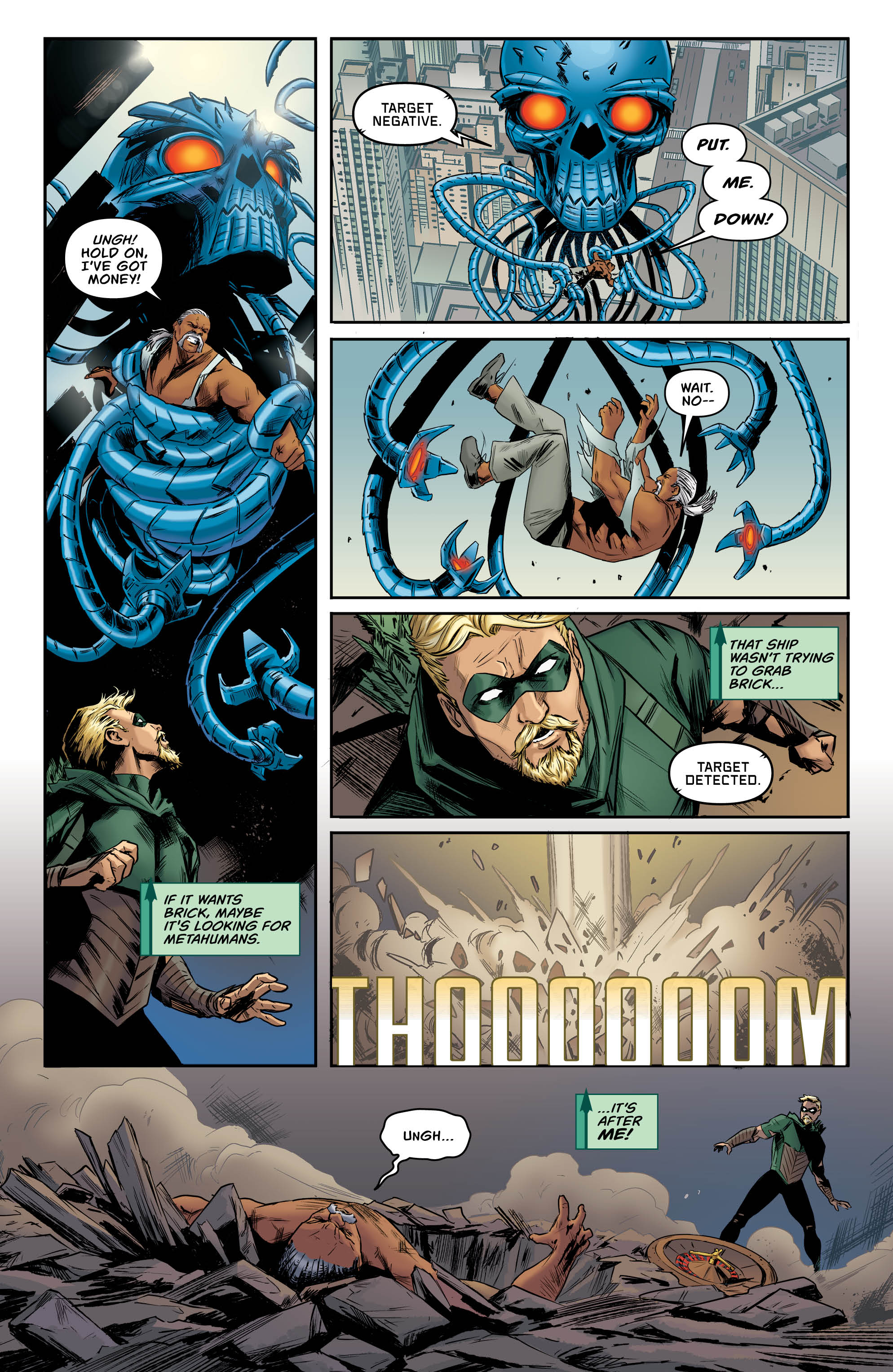 It is at this point he is contacted by another Bird of Prey, just not the one he expected. No spoilers here so I’ll leave this party nameless. This particular Bird gives Ollie the rundown of what all is going down while Ollie takes down the Brainiac ship in the most ridiculous manner ever. I found myself laughing and thinking ‘Really?’ when I saw it. 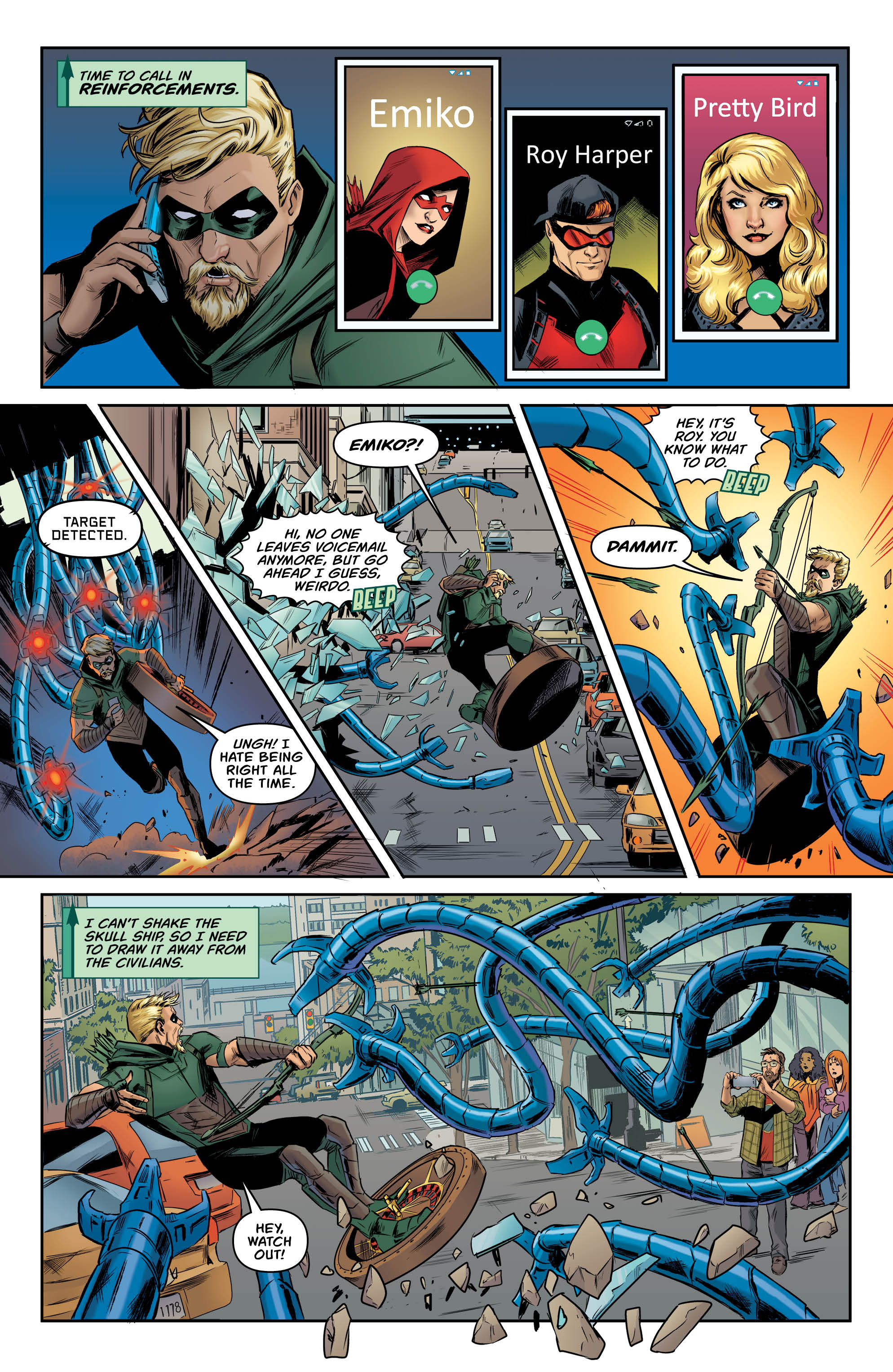 To remain spoiler free, I will end with what goes on in this comic because it would be all spoilers after this point. Julie and Shawna Benson really deliver the goods in this issue and there is never a dull moment. However, that is where I found the ONLY flaw in this issue for me. They do a wonderful job building up this story then… nothing. You get some monolog from Ollie explaining a few things about how they “saved the day”, and I know to find the rest of the story you’ll have to finish No Justice, but what bothered me is they just pick up after all of that and keep on trucking. I would have preferred the issue just end there with the issue telling us the rest of the story can be found in such in such issue, but no. Just hit you with, oh yeah we saved the day; uh… here’s what happens after all of that. 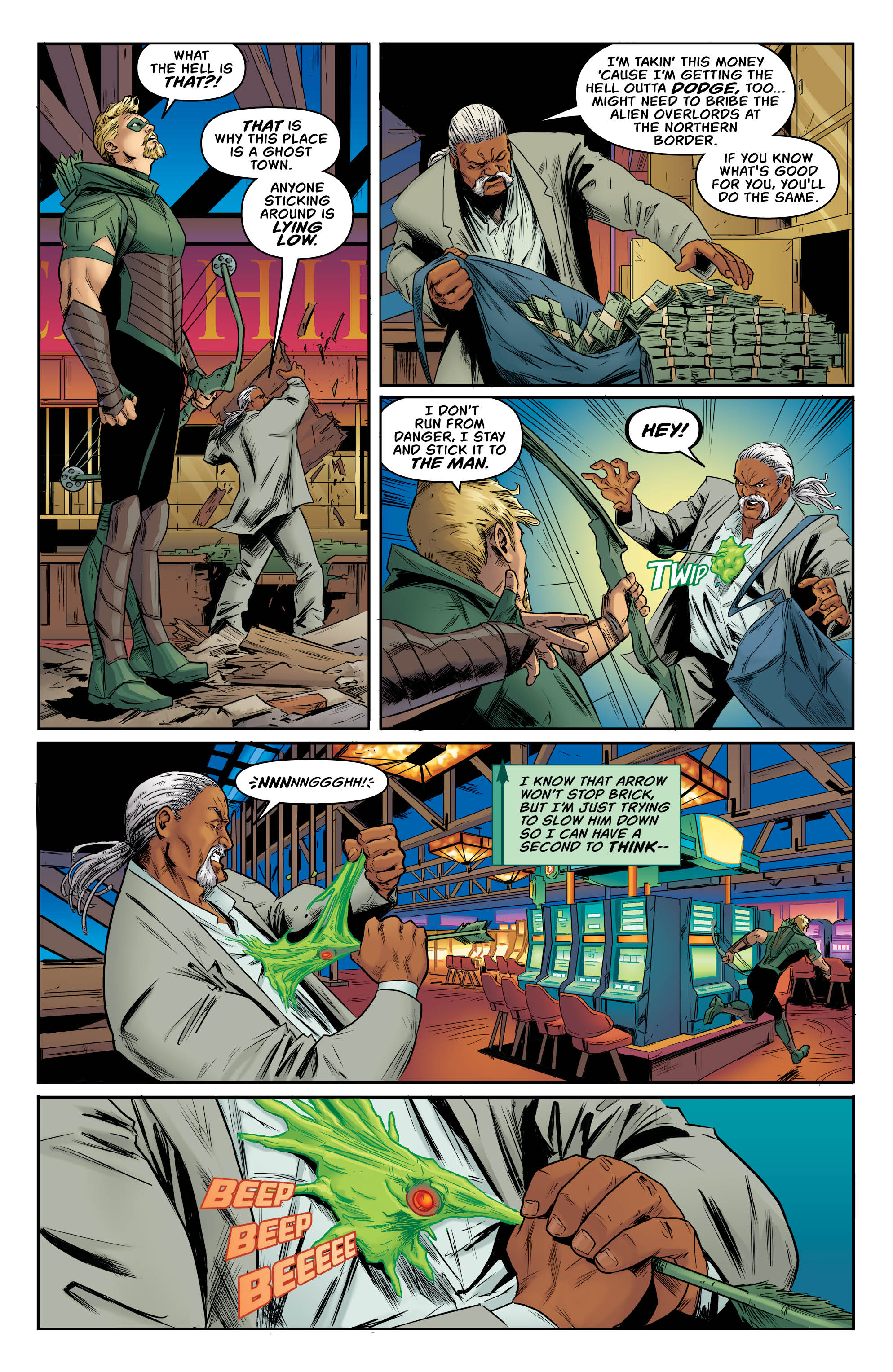 Putting that only complaint aside, this really was a brilliant issue. The story was really amazing and the art in this issue was just beautiful. The writers and the art team just worked so well together telling this story. It was fun to read and beautiful to look at. I’m giving this Annual and Tie-In 4 out of 5 stars. 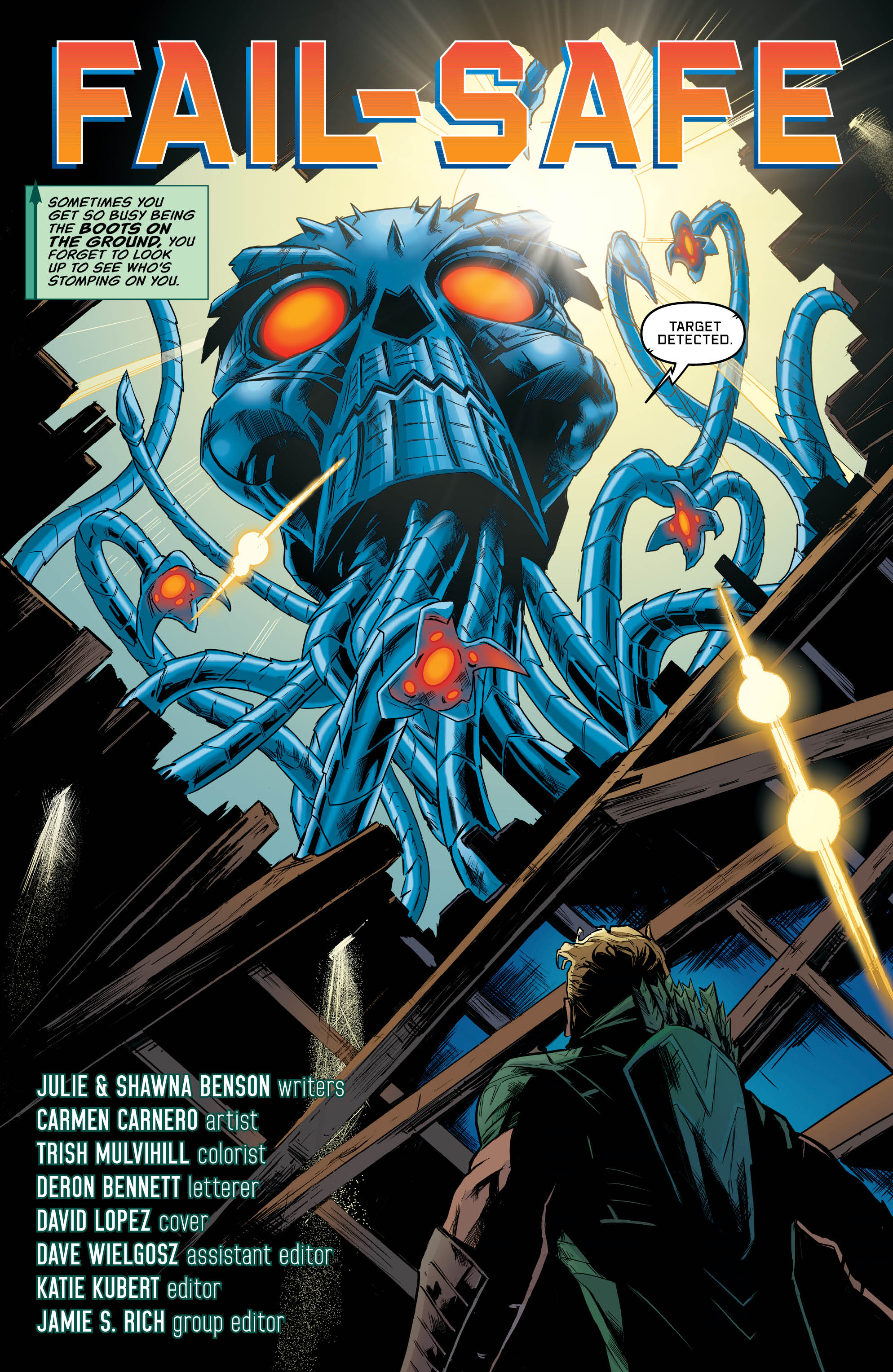 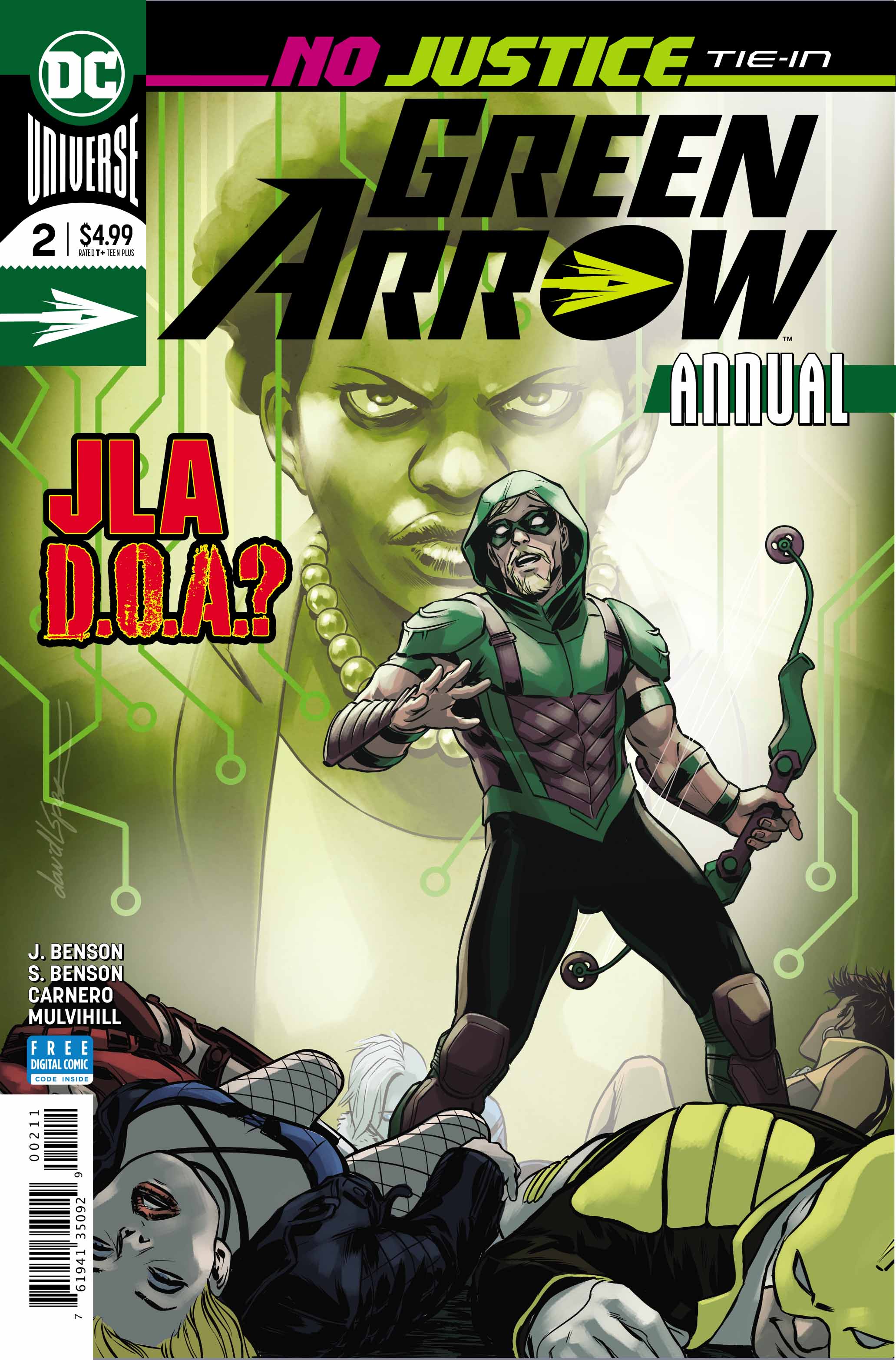