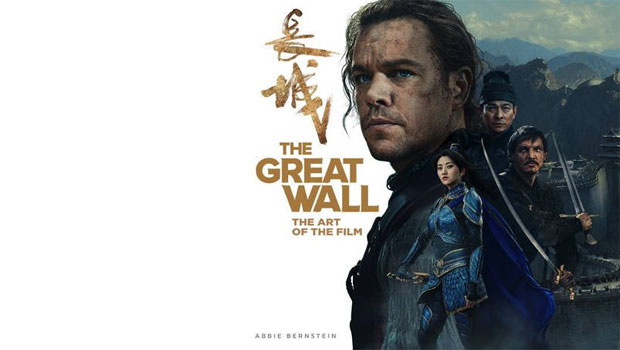 The Great Wall: The Art of the Film Review

The Great Wall: The Art of the Film Review James Wright
Score

Summary: The Great Wall: The Art of the Film is a beautiful coffee table book with amazing words and wondrous words...

This beautifully presented hardcover book by Abbie Bernstein is published by Titan Books and is distributed in Australia by New South Books which focuses on the new Matt Damon blockbuster THE GREAT WALL which is directed by Zhang Yimou. In cinemas from 16/02/2017, The Great Wall focuses on a European mercenary warrior by the name of William Garin (Matt Damon) who finds himself involved in an ancient war against mankind by otherworldly creatures. It’s an epic tale of good versus evil but more importantly, The Great Wall is also the biggest co-production between China and the United States which works on so many levels and this book really lends itself well to the film and beyond. 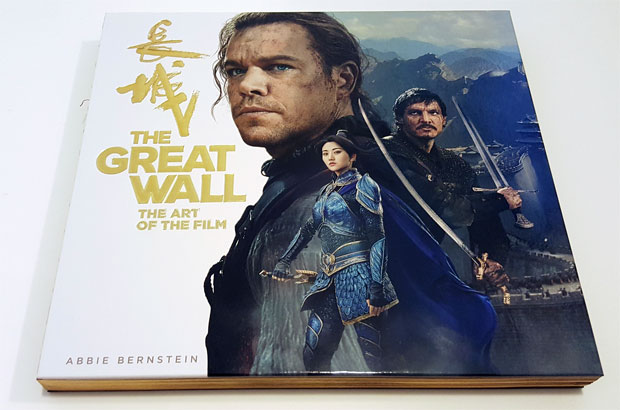 Interestingly enough and according to this book, China may soon surpass America in terms of revenue made from films so this collaboration is definitely quite historic. However as you may garner from the title of this book, it focuses on the art of the film but even goes into the making the film, including the casting process and special effects. To compliment this aspect, the book has some great quotes from the cast and crew which sheds some additional and interesting information into the making of this movie. However the first thing that you notice about this book is its presentation, particularly with its gold edges, thick paper stocks and vibrant images that together not only pays homage to the movie but looks like some ancient Chinese tome. 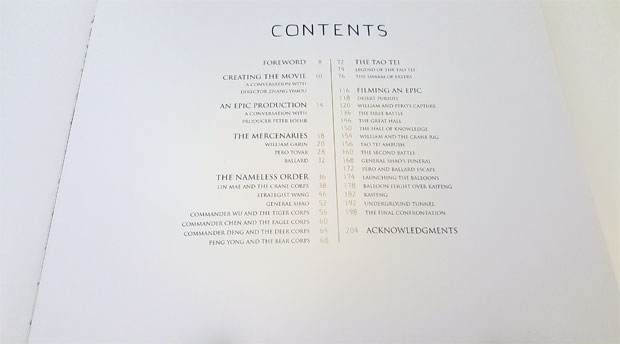 Like other art books from Titan, this current instalment is no exception from the rule when it comes to its quality content and magnificent images that almost jump out of the page. Add in never before seen production images, including detailed designs and information about key elements from the film and this book takes the reader behind the scenes of this fun popcorn adventure movie. However for me, the highlight of this book were the stunning images, especially the concept art and images taken directly from the movie. As a result, The Great Wall: The Art of the Film makes for the perfect coffee table book due to the exceptional content.

Furthermore, I also enjoyed the character profiles in the book which once again boasted some stunning visuals, including illustrations and information on how they brought these characters to life. These character profiles included sections on William Garin (Matt Damon), the European mercenary who travelled to China to find the secret of gunpowder, Lin Mae (Sing Tian) leader of the Crane Corps who embodies the female strength in a male orientated world and Tovar (Pedro Pascan), a close ally of William and a mercenary from Spain. It’s also quite interesting seeing the storyboards, paintings and illustrations of the weapons used in the story, particularly those attached to the wall which were a central part of the film and how they defended against the monsters called the Tao Tei. 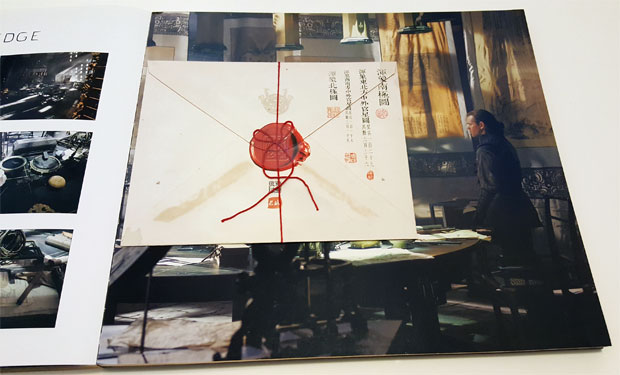 To add to this information, there’s a section on the Tao Tei, the monstrous enemy in The Great Wall which shows the creation process in creating these CGI creatures and some detailed real-world maquettes. My favourite part of the Tao Tei section is the fold out diagram which shows the size comparison of these monsters compared to humans from their soldiers to the queen herself. This is only one of many foldouts littered through the book. I also learnt that these creatures were taken from Chinese mythology which adds to the careful creation of this film.  An extra highlight in the book were the different corps in the film such as the Eagle, Tiger, Deer and my favourite, the Crane Warriors, an all-female group of soldiers with their distinct royal blue armour. Another section is dedicated to the key scenes in the film, including the ending and with that in mind, this book should probably be read after watching the film. 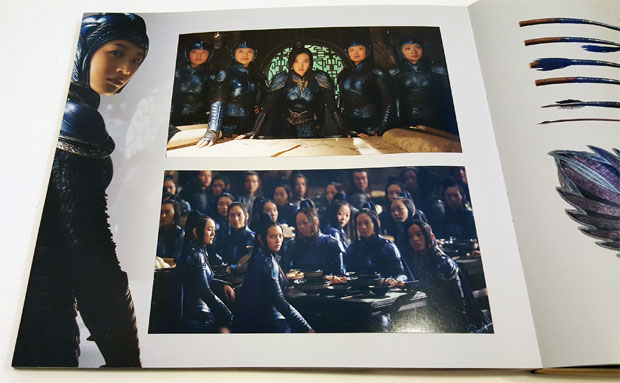 The Great Wall: The Art of the Film contains a wealth of content and some truly impressive visuals that makes this the perfect compendium to those who enjoyed the film or budding film students and artists. It’s quite interesting to see how initial sketches turned into concept art and then the final images that we see on screen. Having just seen the movie, this book helped flesh out certain elements of both the story and the characters which adds to the overall experience. Another great movie book from Titan! 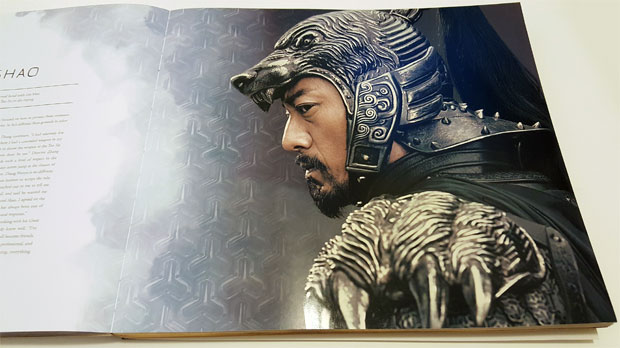 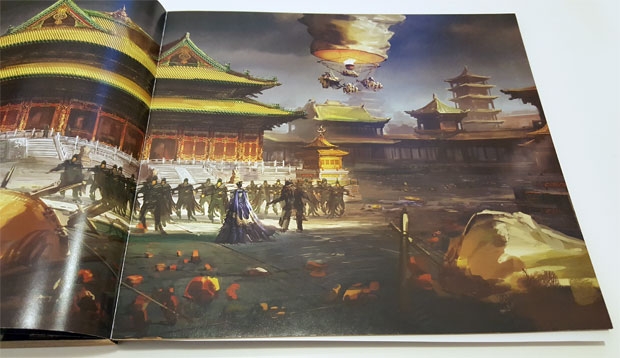 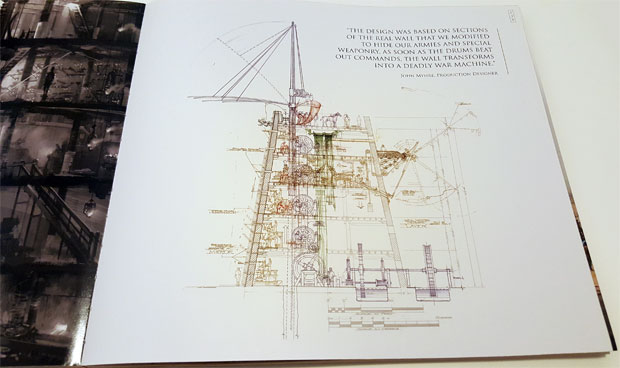 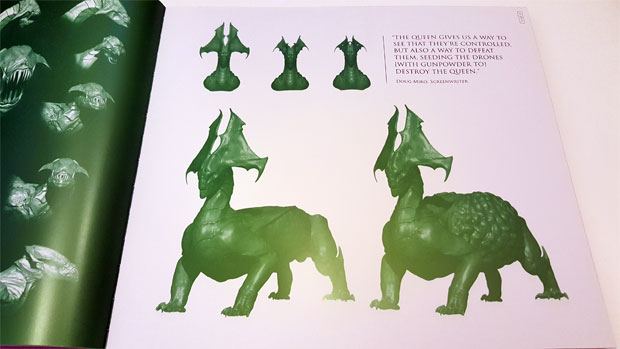 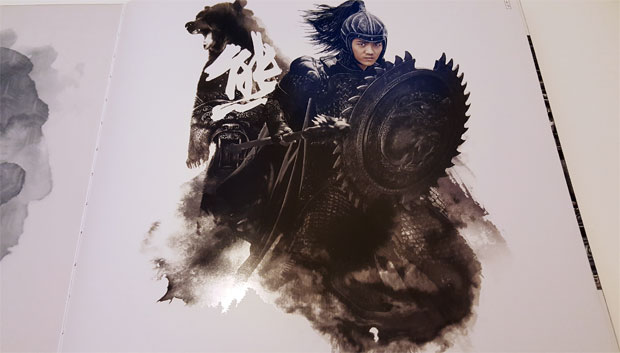