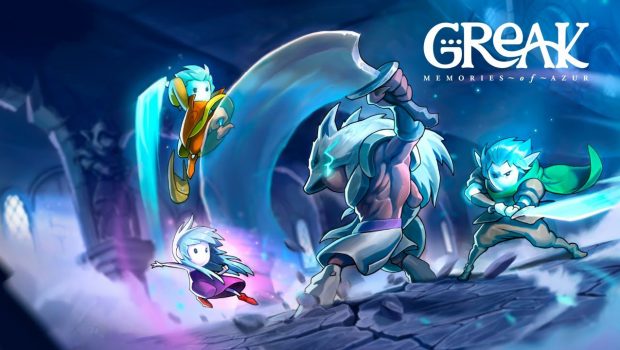 Summary: A beautiful tale about three siblings in their quest to rid the world on an ancient evil, hell bent of corruption and destruction.

Greak: Memories of Azur is a tale about three siblings belonging to a magical race called the Courines, their kind along with the rest of mankind are being attack by a race of dark beasts called Urlags. In a war that has lasted eons. The Courines have managed to seal the Urlags away many a time, however this time they have all but proven too strong. With most of the Courines wiped out, it’s up to these three young siblings. Greak, Raydel and Adara, to save the realm from destruction and chaos at the hands of the beasts of Urlag! Greak at first, appears very similar to games like Ori. And in retrospect the story and gameplay are somewhat similar but they differ in a few ways. Greak is certainly designed in a way that is meant to be multiplayer, except it isn’t. You control only Greak to begin with. But as you reunite with his sister Adara, the middle sibling and magic user. You play as both, then later, all three when you reunite with the eldest brother, Raydel. It’s a unique style of play that I rarely encounter.

Puzzles are designed for one, two or all three of the siblings and their unique abilities. And are simple enough, yet somehow provide a bit of finesse. For example, Greak and Raydel can double jump, Adara uses her magic to glide. The double jump gives Greak and Raydel a height advantage, but Adara’s glide gives her a further reach. Greak can dive under water for a limited time, Adara can last a long time and Raydel can’t swim at all. Raydel reaches those ledges in the far distances by use of a grappling hook.

In combat they each have various strengths and weaknesses. However this presents a double edged sword. Greak is light, nimble and can roll around most enemies, but his attacks are light and at first don’t deal a lot of damage. He also has a cross bow for ranged attacks, but this is incredibly weak and becomes practically useless when you unite with his sister. Adara is the ranged, magic user, who can throw a barrage of light spell attacks at enemies and later charge up for a big blast.

She has the advantage against melee foes and can also aim her spells at objects in the distance. Because she can cast her magic from just outside the range of certain foes. Her shorter jump however, when directly compared to her brothers, can leave her stuck behind obstacle that her two other siblings clear with ease. Raydel is stronger than Greak, but less nimble. He cannot out step the opponent, but he can block some incoming attacks. This is particularly handy against ranged only foes. Raydel can take point and be the shield for his two younger siblings whilst they deal the damage.

In base combat against the many types of enemies, fighting with two or more of the siblings is fine. Easy even, once you unite with Raydel. But when it comes to boss fights, combat can be difficult. You essentially need all three characters in close proximity at different times of the fights as strategies chance when the boss is HP critical. However it gets tricky managing all three character movements.

What’s more, is that if even one of the characters goes down. It’s game over, restart from recent save. Each sibling has at my time of playing an maximum 5 hp. So out of a combined 15, you only need to lose essentially a third of the total pool from a single character before it’s game over. So it becomes all about managing HP and less about going gung ho. 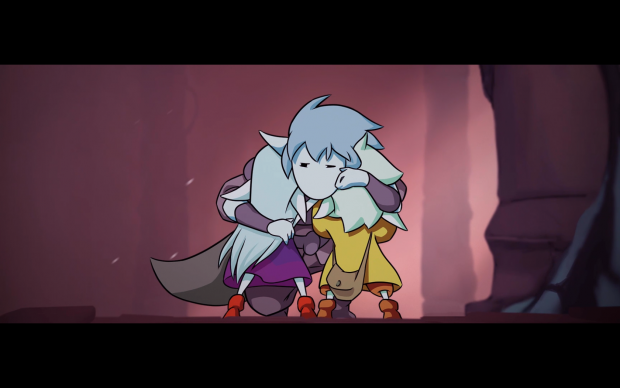 Greak has an absolutely adorable art style. Simplistic, yet colourful character design makes the siblings stand out against otherwise spectacular background art. The 2.5D layout suits this style of design immensely. There’s a constant soft glow on the playable trio and their allied companions and NPCs, the detail clearly placed into their clothes and equipment. There’s so much detail crammed into the background as well, the forests are full of trees, old and young, full of life and withering away.

The ruins are littered with ancient stone structures, crumbled by age and scarred by eons of battle. Fortresses lie decrepit, scattered and rusted weapons puncture the ground and lay strewn across the cold stone floor. Churches with shattered windows, the soft dark glow of the sky pierces through, sending colours dancing on the walls and floor.

Animation is smooth, controls are incredibly responsive. Combat as either Greak or Raydel against bosses is addictive. The nimble Greak able to dodge around the larger foes. And Raydel, able to block attacks with his shield and hit hard with his heavy sword. Adara with her vibrant purple magic attacks and floaty gliding mechanics making short work of foes from range.

Unfortunately there’s not a lot to go on with audio. The music tracks are fine in their own right, but they’re too sparsely utilised and are far too short. I can count the number of songs on one hand. Which is a shame because they are well put together pieces. I just wished they were used more often. Apart from that, there’s a distinct lake of much sound. Swords make a whoosh, magics goes pew, character sprites make the occasional grunt and enemies make the occasional growl.

There’s a lack of ambient noise to, the odd gust of wind here. Snap of a twig there and a tweet of a bird somewhere in the distance. It all sounds very good when you hear it, but a lot of the game is spent in near perpetual silence aside from the aforementioned whooshes and pew pews. So while the prologue is filled with all the best sounds in the game, their repetition and lack of consistency ruins the otherwise deep immersion of the game and is a serious let down. 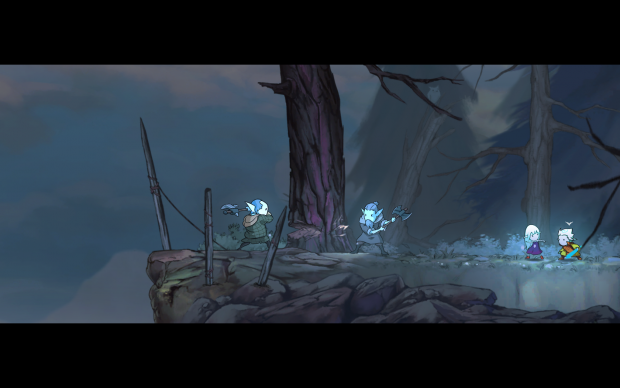 Greak is a gorgeous game, the art style is adorable and the story is admirable. Greak and his siblings are adorable, the moments where the siblings reunite are truly beautiful. And you can clearly see even without a single word said, that there is a deep bond between these siblings. And they would stop at nothing to be together. And the gameplay matches the flow and care placed into the story. With carefully challenging but not infuriating puzzles and many different types of foes suited differently to each character to dispatch.

The only short comings of the game are the lack of situational music and ambient background noise. This didn’t dampen my spirits too much however as the core gameplay and story had me too immersed to miss it very much. Just that the experience would have been complete with just a little more icing on the cake. Greak is a fairly affordable game on Steam also, so if you’re in the market for a game like Ori without the price tag before sales. Pickup Greak, it’s a wonderfully cute game perfect for winding down after work or ignoring the stresses of Covid lockdowns. 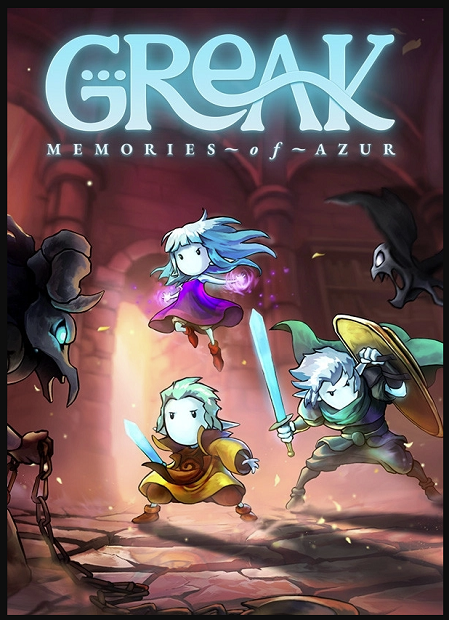