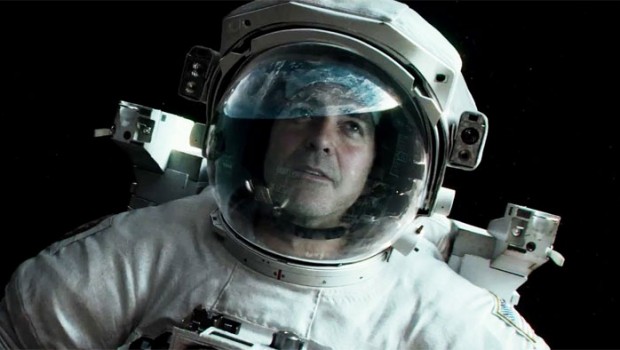 Summary: Sure there are a few plot holes and inconsistencies but if you put them aside, Gravity succeeds where many disaster movies have failed.

Gravity follows the story of rookie astronaut Ryan Stone (Sandra Bullock), a medical engineer who has been chosen by NASA to complete a space shuttle mission due to her specialised medical engineering skills. With a mission to complete outside the space shuttle, Stone frustratingly works on her project as her two colleagues watch on. Director Alfonso Cuarón (Harry Potter 3, Children of Men) also successfully introduces the two key protagonists of Gravity in the first 5 minutes of the film, which begins with an introduction by veteran astronaut Matt Kowalski (George Clooney). 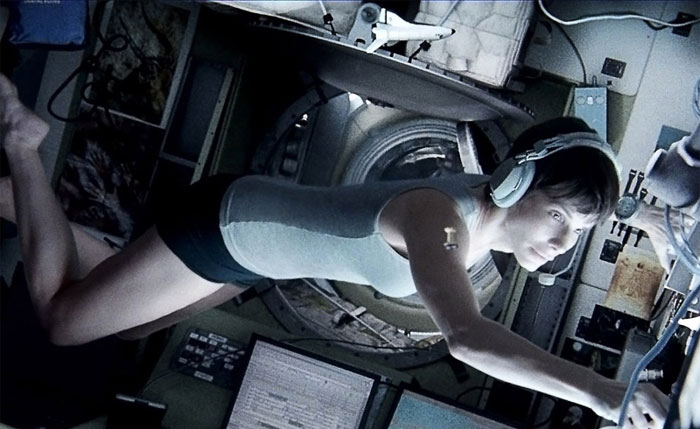 Interestingly enough, Kowalski seems like the clichéd American Joe character or a pilot from a classic golden age of Hollywood World War II movie. It does help however when you have the charisma of Clooney and even though his character feels a little clichéd, there’s still something endearing and entertaining about him. The majority of scenes in Gravity take place in space with a few moments inside some satellites and space stations that assists in drawing you into the film. Unfortunately an event caused by the Russians has caused a cloud of debris that is flying at 20,000 miles her hour is headed towards these astronauts.

Initially, the crew of the Explorer are safe but suddenly their routine mission into space is disastrously cut short and Cuarón’s direction really enhances their plight. To complicate the situation for our two protagonists, a variety of other satellites are destroyed which causes communication between them and Earth to be cut. Regrettably their colleague Shariff (voiced by Paul Sharma) is killed and Stone (Bullock) is cut from the tether that is holding her attached to the space shuttle. Cuarón carefully cuts to Stone’s point of view and her breathing quickens as she spins helplessly away from the shuttle. Her colleague Kowalski attempts to calm her down by radio in order to assist her to tell him where she is located. 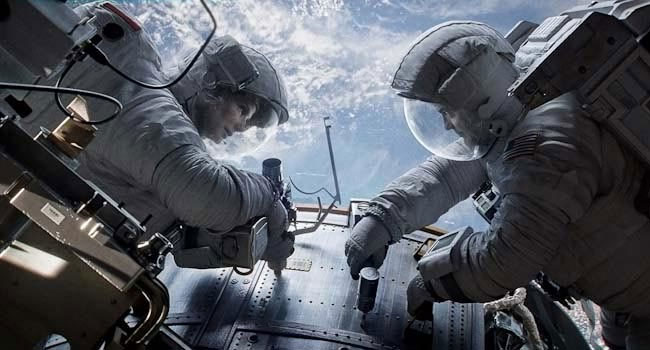 Kowalski the only astronaut with a jetpack successfully manages to find Stone and together, they attempt to get back to the shuttle, only to discover that their captain (voiced by Amy Warren) is also dead. Alone and helpless, Kowalski spots the International Space Station and with whatever remaining fuel and oxygen they have, they attempt the impossible. With only two actors in the entire film, Gravity definitely strays away from what is normal and expected in cinema that in turn creates a very powerful and memorable movie. As the film progresses, we learn of the motivation’s and regrets of Stone and that her life is far from perfect. More particularly, Stone is a very intelligent character that makes her even more likeable.

Kowalski plays her anchor well which creates this interesting bond between him and Stone but the star of Gravity is Bullock herself who really puts 100% into this role, especially with her emotions. Unlike her previous role in Heat, Bullock’s really transforms herself into a believable character that is made more compelling by the close-ups, especially when she is relaying a sense of panic and fear. Even though the acting is quite superior, Gravity would not be the success it is today without the amazing CGI and sometimes less is more which works extremely well in this film. 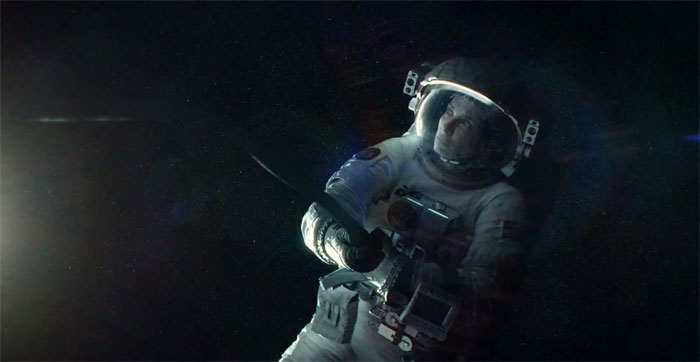 On Blu-ray, Gravity boasts some fun features about the film that nicely go into the making of this award winning film and how they successfully created this epic space film. Given that the film only had two characters, it’s quite interesting to see how much work went on behind the scenes to create this nerve wrecking space drama. If you enjoyed the film, then these are great little bite sized extras to compliment the fictitious story.

It’s easy to see why Gravity was nominated for so many awards at the Oscars and seeing it again on Blu-ray is still as riveting the second time as it was on IMAX. It’s definitely one of the most original films of 2013 that not only challenges Sandra Bullock in this role but will have you on the edge of your seat in this gripping drama. Sure there are a few plot holes and inconsistencies but if you put them aside, Gravity succeeds where many disaster movies have failed. 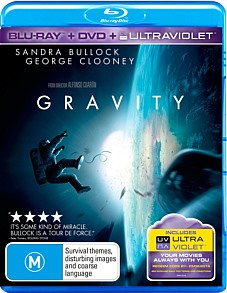