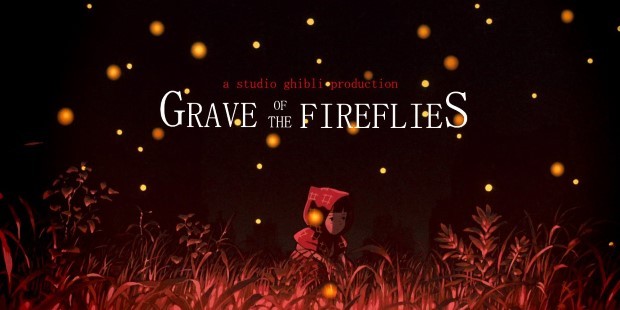 Grave of the Fireflies Blu-ray Review

Summary: Although not quite as well known as some of Studio Ghibli’s other efforts, Grave of the Fireflies is, in my personal opinion, one of the studio’s strongest offerings, possibly because it eschews all forms of whimsical fantasy in order to simply tell a tragic story rooted in actual history.

As poignant a film as when it was first released, Grave of the Fireflies is an unflinching look at life in Japan during the final months of the Second World War directed by Isao takahata, co-founder, along with Hayao Miyazaki,  of the revered animation house Studio Ghibli . 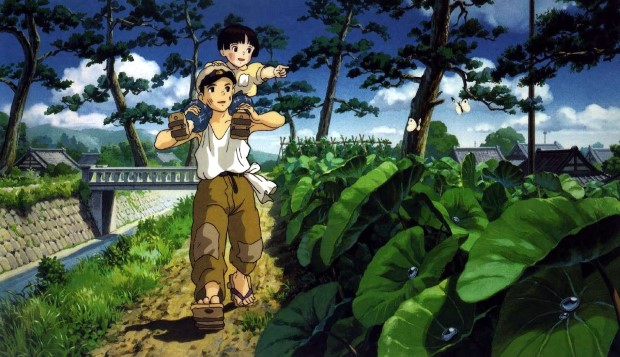 The film follows Seita and his younger sister Setsuko after they’re left homeless due to the relentless firebombing on the country by allied forces. Opening with Seita informing the audience that this is the story of how he died, the film then flashes back to show the siblings struggling to adapt to life after their mother dies in an air raid attack.

Forced to stay with their distant Aunt in exchange for Seita selling his dead mother’s kimonos for rice, the pair soon find that the dwindling food resources serve to create a simmering resentment from their Aunt that eventually leads to them seeking out alternative accommodation, finally settling on an abandoned bomb shelter as their home. 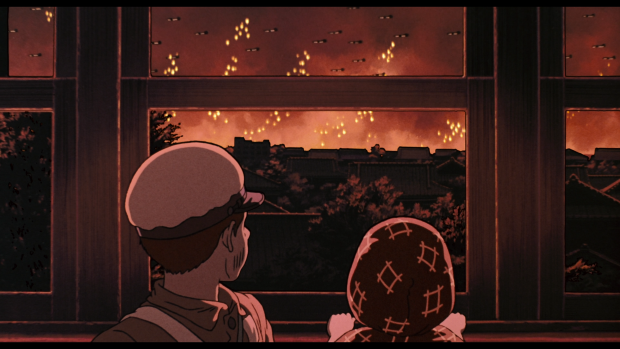 Despite their best efforts, things quickly take a turn for the worse and Seita is forced to scrounge and steal from nearby farmers in order to survive, but will it be enough?

Despite the bleak subject matter, Grave of the Fireflies can be extremely uplifting at times, although the inevitability of Seita and Setsuko’s journey casts a sombre mood on proceedings. 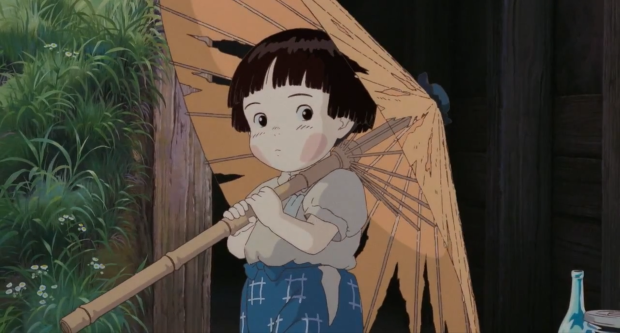 Beautifully animated, as you’d expect given its pedigree, the source material, taken from Akiyuki Noraka’s semi-autobiographical novel of the same name, is softened somewhat by the choice to tell the story through the medium of animation.

The film is mainly concerned with the survival of its protagonists but there are other thematic elements that are explored throughout the film, such as the collateral damage for civilians during times of war and how the collapse of capitalism can come quick and fast when food becomes the most important commodity, rendering money practically meaningless. 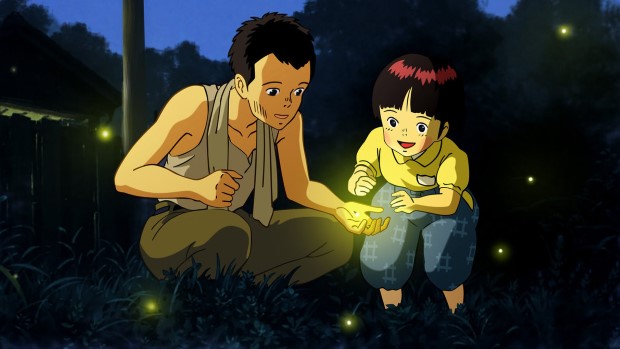 Studio Ghibli and Madman have really pulled out the stops for this Blu-ray release, with the image restored to pristine quality; it looks as if it could have been animated last year, it’s so crisp. The colours are vivid and solid throughout and the image is, as far as I could tell, absolutely free of any banding, aliasing or any other visual anomalies.

Grave of the Fireflies also takes top marks in the audio department as well despite only coming with a 2.0 soundtrack; dialogue in both the original version and the English dub is consistently clear and ambient noises and the robust soundtrack sound dynamic and finely mastered. 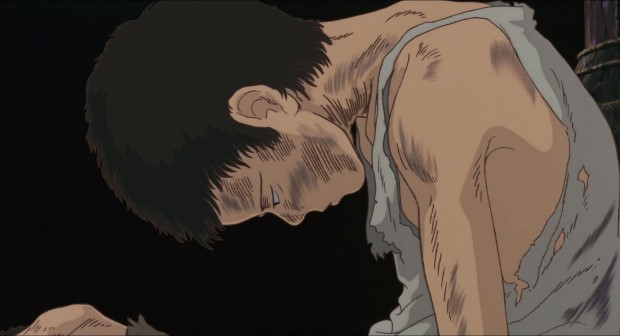 There are a few supplemental features that may be of interest to fans of the film, such as an alternate angle storyboard option that plays concurrently with the film, deleted scenes storyboards and a commentary with Isao Takahata.

The commentary is in Japanese, of course, but makes for interesting viewing, with the director covering the war experiences of his staff as well as the process of creating the film and the symbolism and themes that pervade throughout.

Also included is a theatrical trailer for the film as well as some trailers for other Studio Ghibli releases. 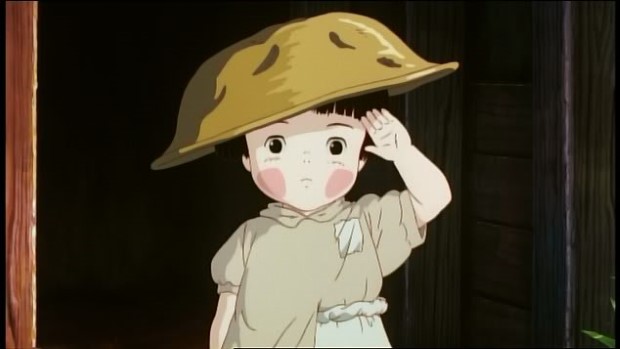 Grave of the Fireflies refuses to pull any punches and remains a sombre and sobering look at the other side of the world’s biggest conflict and the effects it had on ordinary people.

The film is a beautiful work of art that, whilst hard to watch at times, should be essential viewing for any fan of humanist Anime; the themes explored in Grave of the Fireflies are universal and are handled with such aplomb that you often forget your watching an animated piece of work, finding yourself drawn into the struggle for survival along with the two protagonists.

Although not quite as well known as some of Studio Ghibli’s other efforts, Grave of the Fireflies is, in my personal opinion, one of the studio’s strongest offerings, possibly because it eschews all forms of whimsical fantasy in order to simply tell a tragic story rooted in actual history. 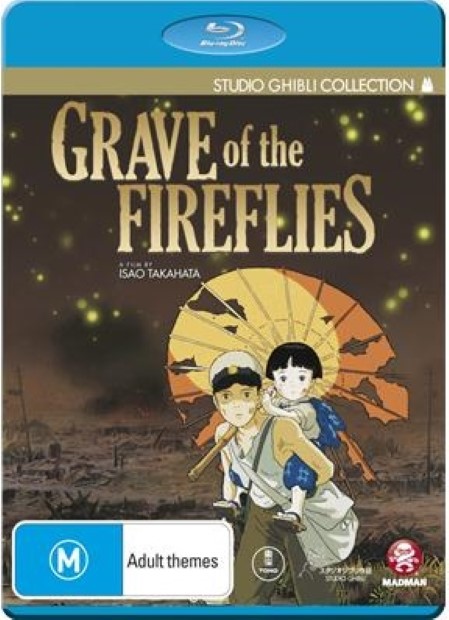