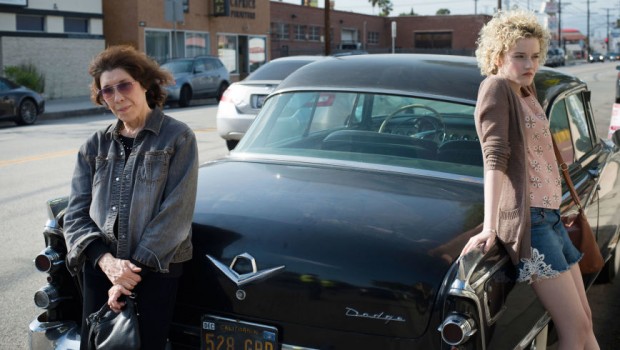 Academy Award® nominee Lily Tomlin (I Heart Huckabees, The Beverly Hillbillies) stars as poet-cum-unemployed-academic, Elle, a role that earned her a Golden Globe nomination in Grandma. Writer-Director Paul Weitz (About a Boy, Antz) with the help of Judy Greer (Ant-Man, Jurassic World), Julia Garner (The Perks of Being a Wallflower, Electrick Children) and Carlos Miranda (The Bling Ring, Warrior) and John Cho (Star Trek: Into Darkness, Harold & Jumar Go to White Castle) take you on a journey behind this very stubborn and opinionated grandmother on a quest to help her granddaughter in a time of need. Grandma is a heart-warming, character-driven comedy-drama available to own on DVD and Digital from March 3, 2016.