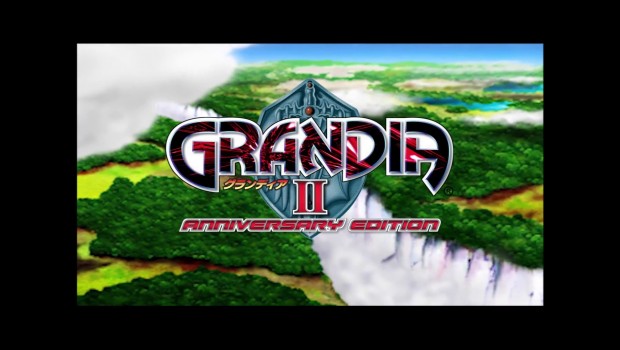 Summary: If you're already a fan of the original Grandia II, give this newer, sparkly version a go! If you're a newcomer, give it a shot as it doesn't disappoint

A re-release of the Dreamcast version of the game, Grandia II bounces into 2015 with improvements for the PC that give boosts of better graphics and additions here and there that add to the game’s experience. With the tweaks like improved textures, lighting, rendering and a handful of other polished aspects, Grandia II Anniversary Edition displays itself rather nicely as a smoothly operating game.

After a starting cut scene, it doesn’t take long to dive headfirst into the action with Ryudo, a Geohound with a small, flying companion named Skye. The two make an effective pair when scouting around the world or just making remarks back and forth, giving players amusing dialogues that are oftentimes more interesting to just read rather than to listen to. Even when following scenes by reading alone, simple things like pauses in speech come across well with the pacing of the shown text. Execution of text is done fairly well, whereas the voice acting is just okay at best. 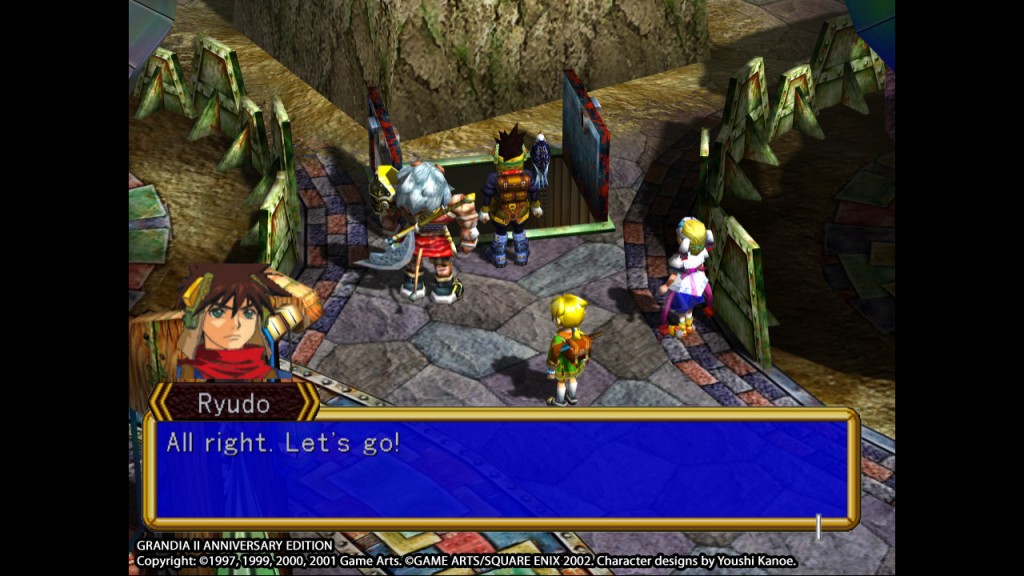 Going through this game, the sense of it being a dated title is ever present but not painfully so. The improvements for the Anniversary Edition ease players into it all with a soundtrack that fuels the dated feel, but in a pleasant way. The music changes up often enough thanks to the pacing of the game itself, helping to not let the atmosphere become too dull at any point.

The combat system for Grandia II Anniversary Edition is one to be praised. Sure it is turn-based but within that you can see a system for a character’s speed at work during combat that will also help dictate whether a move is countered, evaded, interrupted, or just missed completely because character movement on the battlefield. The flow of enemies moving about the field during combat and timing of turns help to give the system less of a static feel and more of an organic one. 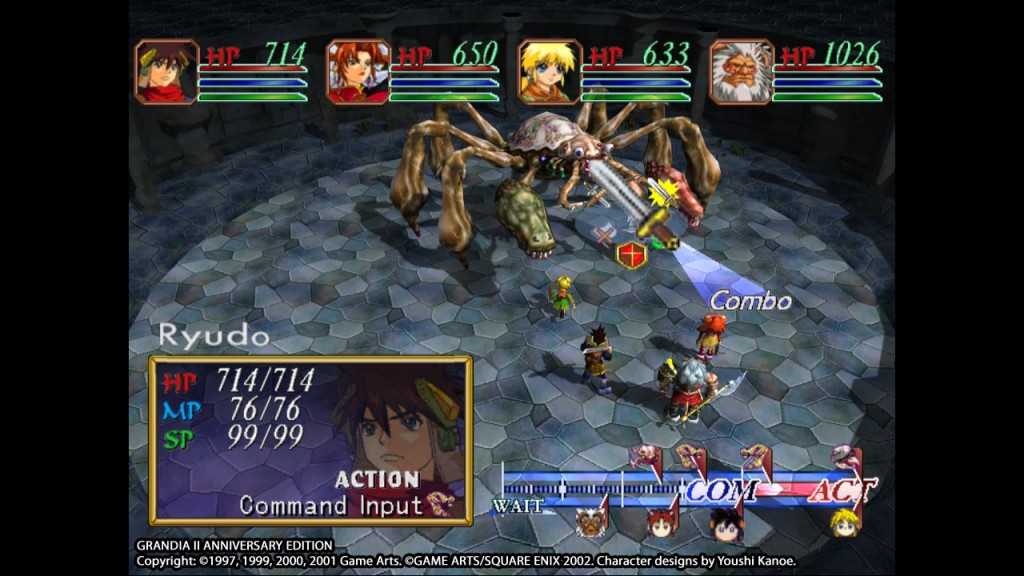 From my personal experience when starting this game, one frustrating aspect I dealt with (Simply because I didn’t look at the darn controls on the menu screen for the longest time) was, well, the keyboard controls. I key-smashed until I figured out the controls past how to move around. To be honest the controls are very simple, I just took the long way around to figuring it out. Since the controls are rather simplistic, playing the game itself becomes a pretty painless task, as there are no complicated controls to learn. 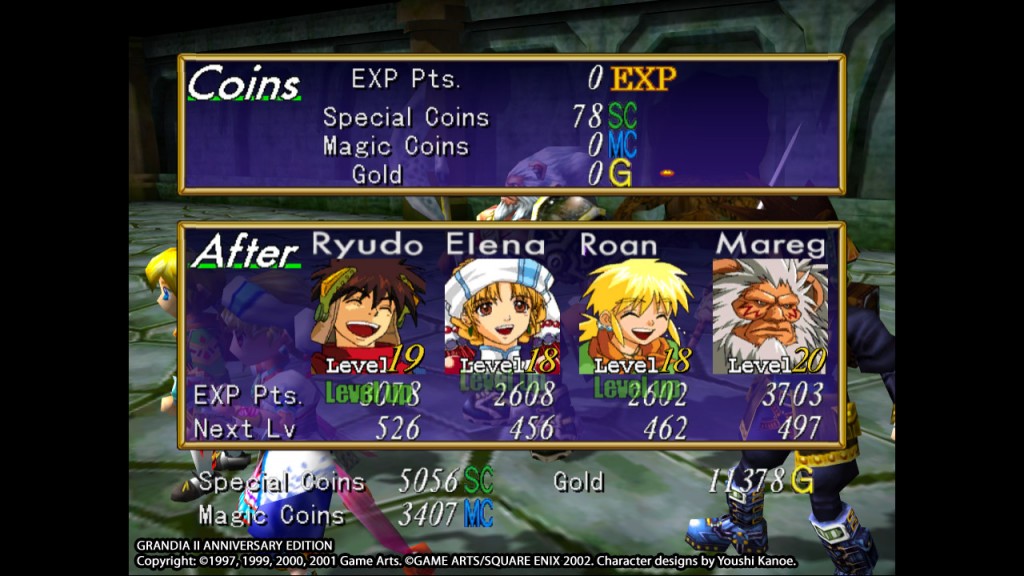 Another personal note for Grandia II Anniversary Edition I figure I’d mention is that I am a newcomer to the game, and as such do not have preconceived notions about it. Going into it I figured I would not have any clue what was going on. With the way the game starts and how events unfold and are explained, I feel that nothing is too “overwhelming” for a player like myself. The action doesn’t take long to start at all, and the game itself is pleasant and enjoyable to play. I love watching the interactions between characters, especially between Ryudo and Skye. If you’re already a fan of the original Grandia II, great! Give this newer, sparkly version a go! If you’re a newcomer, give it a shot! The game doesn’t disappoint.