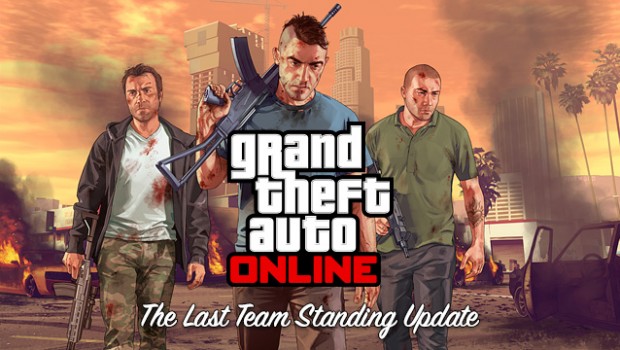 Using the Last Team Standing Creator, players can now design original GTA Online Jobs in this strategic and deadly mode that pits teams against one another with no second chances. This Creator update also features the ability to add Rounds to Captures and Last Team Standing Jobs, or raise the stakes by adding rounds to Rockstar Created LTS, Captures and Versus Missions. We have also added the new Forced Weapon setting, allowing you to limit weapons for specific options like “Snipers-Only”.

As part of today’s automatic update, we’ve now globally synchronized the Job voting screens, allowing us to merge sessions where players have voted on the same Job. This, combined with the on-call matchmaking introduced in a previous update allows players to find the Jobs they like more easily, and to stay with as many like-minded players as possible.

Other gameplay changes include:

–          Players are now able to Quick Match with friends or alone to activities (Arm-Wrestling, Darts, Golf etc.) using the option in the phone.

You can find the full list of additions, tweaks and fixes at the Rockstar Support site.